LEEDS fans have savaged Manchester United with a brutal banner outside Elland Road this afternoon.

The banner, which describes the Red Devils as ‘plastic’ and ‘shallow’, is in response to the failed attempt at creating a European Super League. 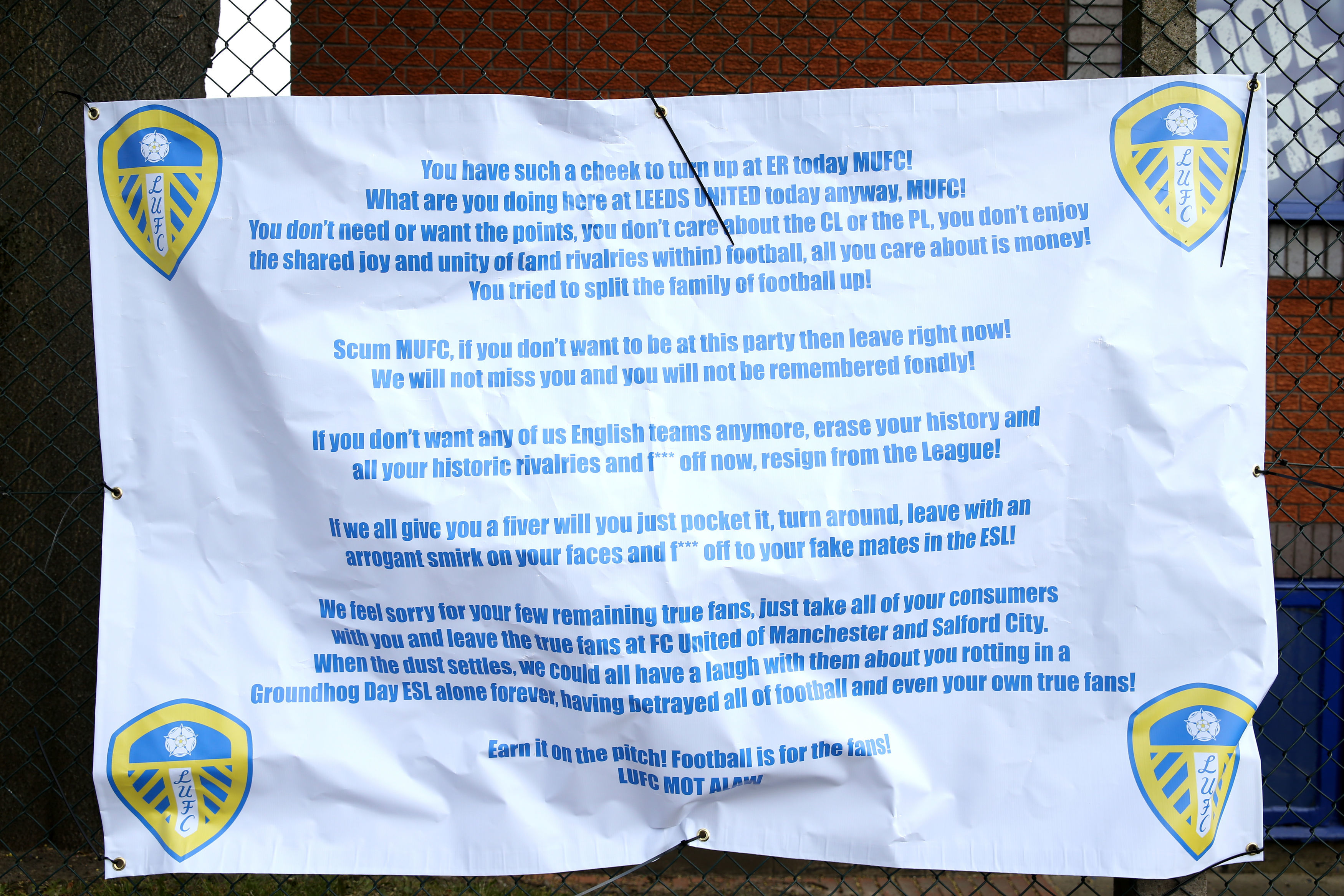 The banner outside Elland Road 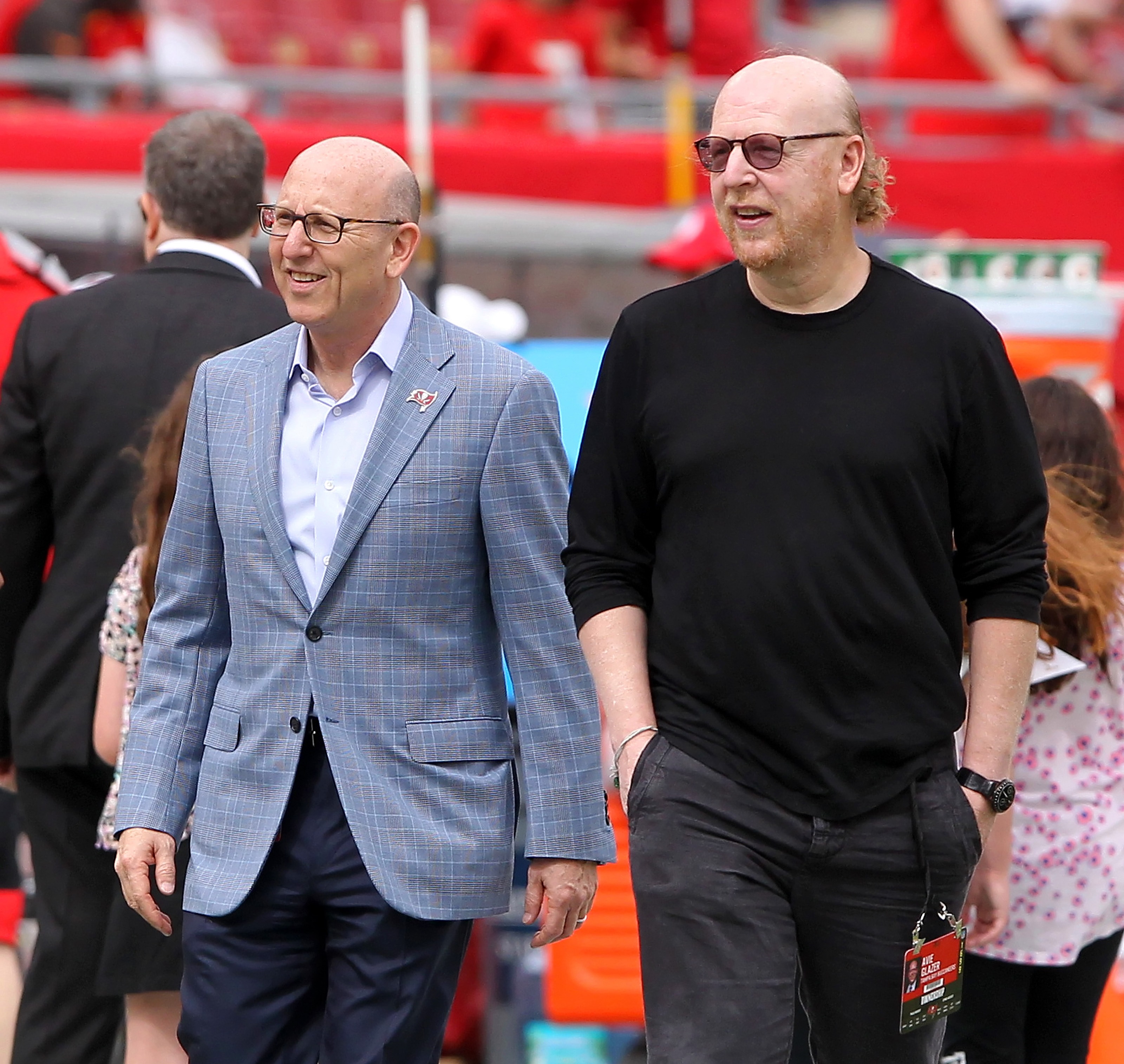 Thousands of Manchester United fans want the Glazers to sell the clubCredit: Getty

The banner reads: “ESL and MUFC – just a tactical, temporary withdrawal, we see!

“Until your PR agents and media can reframe a package and construct an acceptable narrative and plan for your greedy, selfish followers to push this through in two years’ time. We know who you are! We know you from old!

“Manchester United! Nonsense! What a joke! Find a new, more appropriate name! This was always coming, given the soulless, win at all costs, plastic, shallow, selfish, worthless money monster you have made of yourselves!

“MUFC have fed off and divided, not United, football and communities. You are killing football! Children should be encouraged to support their community and play fairly and not bully people by exclusion!

“The Leeds family is fully United with and in full support of and shoulder to shoulder with all true LFC, MCFC, AFC, THFC, and with the few remaining genuine MUFC and CFC fans, whose clubs have been hijacked by power monger and shallow weak-minded glory hunters!

“And together we’re fans United, we’ll never be divided! Earn it on the pitch! Football is for the fans!” 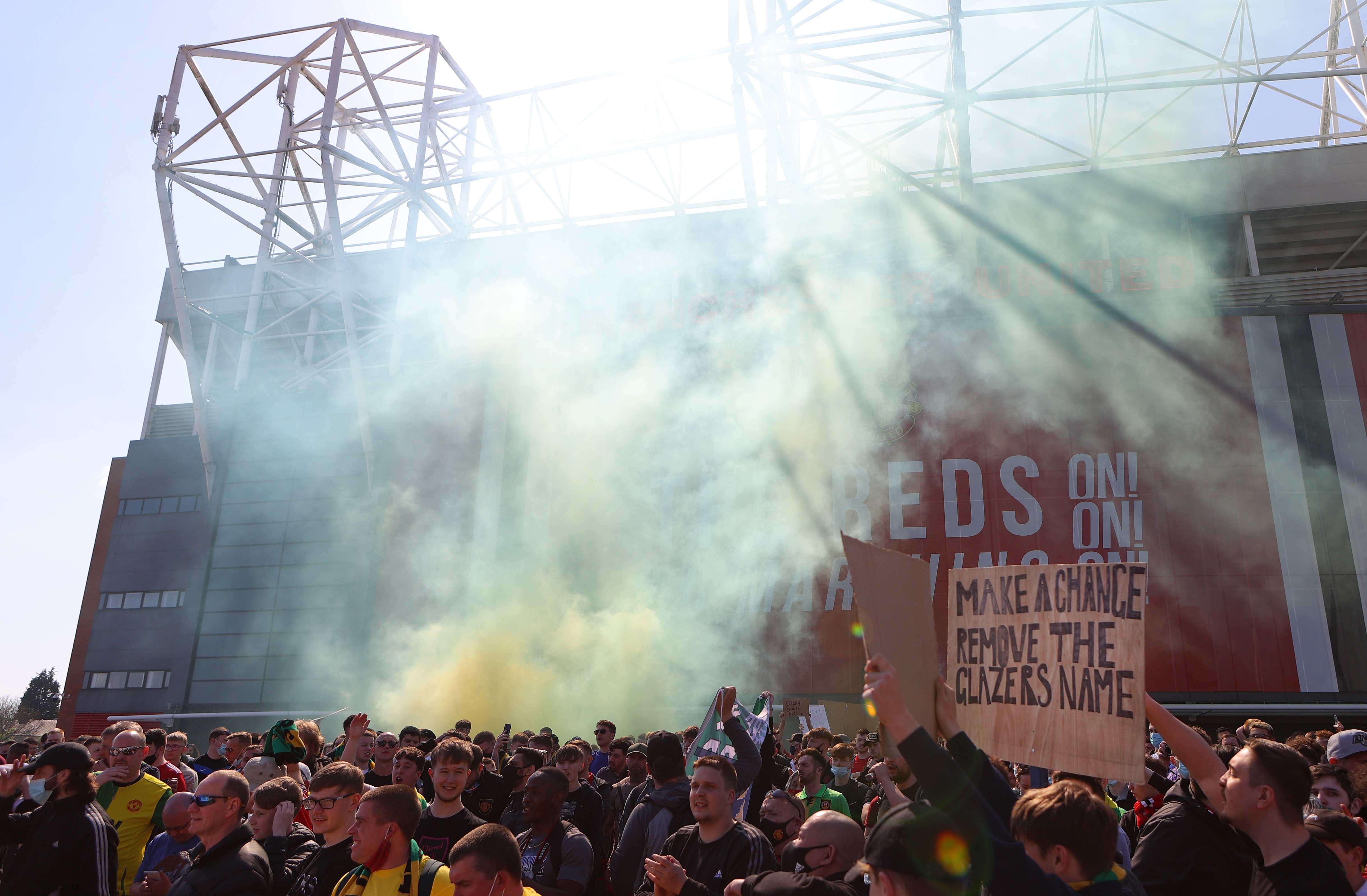 United fans had banners of their own on display yesterday for Old Trafford protestsCredit: Getty

The banner follows the huge protest outside Old Trafford yesterday as United supporters campaigned against the Glazers, burning an American flag at one stage.

Reports claim the unpopular owners will accept no less than £4BILLION to sell the club.

Co-owner Avram Glazer refused to apologise to supporters when he was confronted by a reporter in Florida.

And manager Ole Gunnar Solskjaer has insisted the Glazers will not walk away from the Red Devils after their Super League humiliation.

The United boss confronted a group of angry fans who stormed Carrington on Thursday morning, with midfielder Nemanja Matic hailing his gaffer’s actions.