LIONEL MESSI has slammed Barcelona president Joan Laporta for suggesting he could have played for free as he insisted he was never asked to.

The 34-year-old departed the Nou Camp in August on a free transfer to Paris Saint-Germain after 21 years spent in Catalonia. 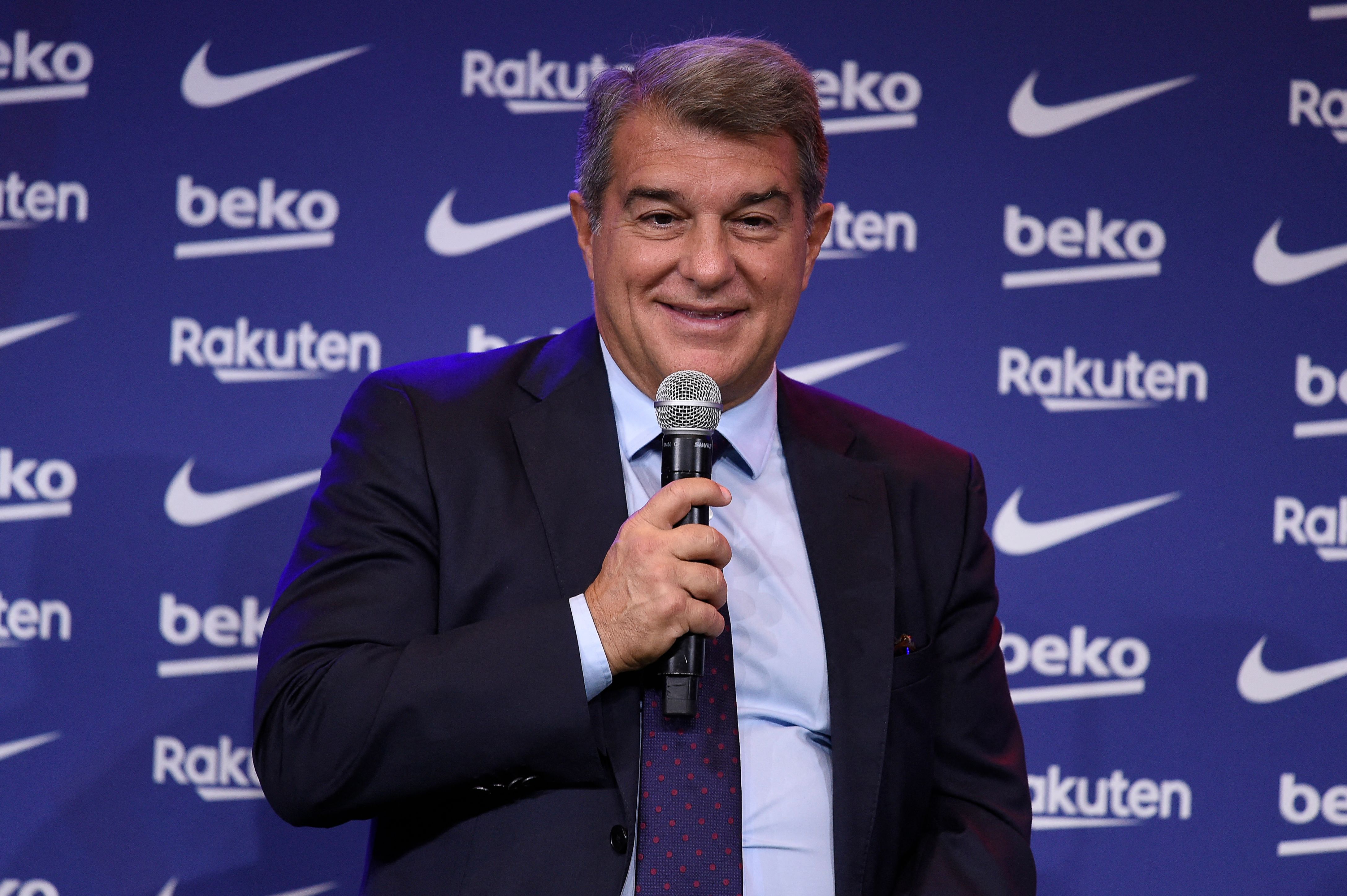 Messi had wanted to remain with the Blaugrana and had agreed to lower his salary by 50 per cent, only for LaLiga to impose a salary cap on the crisis club.

Speaking earlier this month, Laporta revealed he thought that Messi would have offered to play for nothing instead of linking up with Les Parisiens.

That is despite Spanish law making it legally impossible for a player to represent a team for free, with the rule in place to avoid financial manipulation.

Laporta, 59, told RAC1: “With Messi I do not get angry because I appreciate him.

“I know he had a huge desire to stay, but also a lot of pressure because of the offer he had.

“Everything indicates that he already had the offer from PSG. Everyone knew that he had a very powerful offer. We knew from Messi that they had a very good offer.”

Before adding: “I did hope that at the last minute Messi would say that he would play for free. I would have liked that and he would have convinced me.

“I understand that the league would have accepted it. But we cannot ask that of a player of his level.”

And Messi has now broken his silence over Laporta’s comments as he declared he has been left ‘hurt’, with the forward stating he did everything possible to stay.

He told Sport: “The truth is that, as I explained on my way out, I did everything possible to stay, never at any time was I asked to play for free.

“I was asked to cut my salary by 50 per cent and I did it without any problem. We were in a position to help the club more.

“The desire of me and my family was to stay in Barcelona.

“Nobody asked me to play for free but at the same time, it seems to me that the words said by the president are out of place.

“They hurt me because I think he doesn’t need to say that, it’s like getting the ball off you and not assuming its consequences, or taking charge of things.

“This makes people think or generates a type of doubt that I think I do not deserve.”

Messi has also declared he does intend to return to Barca in the future, though only when his playing days are over.

The six-time Ballon d’Or winner is planning to become the club’s ‘technical secretary’ – a role designed to bridge the gap between the boardroom and dressing room, as well as helping to sign players and hire coaches.