ALEXANDRE LACAZETTE was named captain for the 3-0 Europa League win against Molde – but it didn’t look to give him much of a confidence boost.

The French striker was the quietest of all the Gunners out in Norway, and looked a shadow of the once-prolific finisher we used to see. 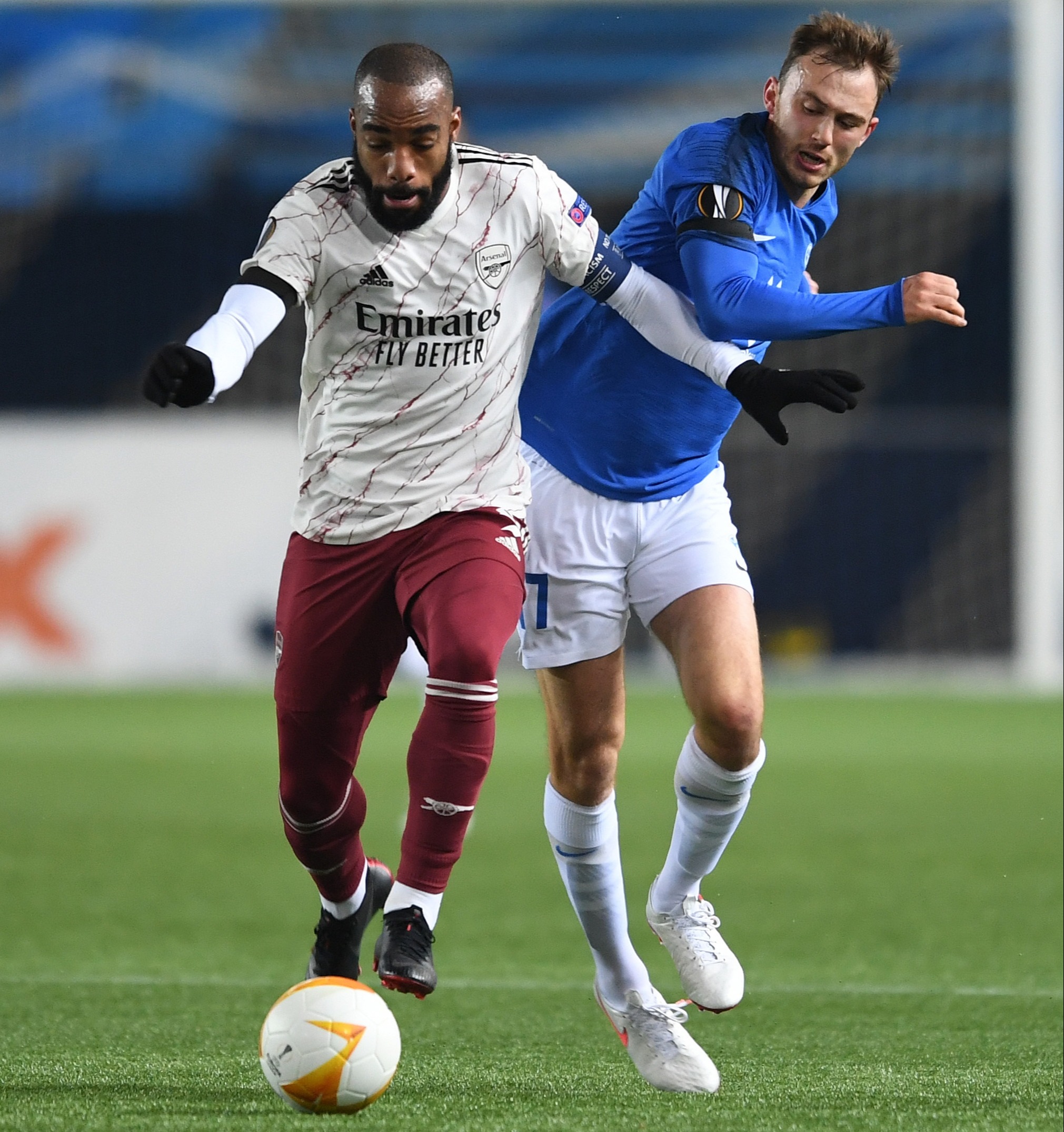 Alexandre Lacazette is struggling to recapture his form for ArsenalCredit: Getty Images – Getty

Lacazette played just behind Eddie Nketiah up the field, but he failed to link midfield with attack, and ended up being subbed off late on.

There was no goal for the 29-year-old Lyon-born star, and he looked frustrated when he was replaced by Emile Smith Rowe.

Lacazette was heavily linked with a move to Atletico Madrid in the summer, despite boss Arteta and the player himself insisting he was happy at the Emirates.

But his performance out in Norway did not resemble that of a hungry attacker champing at the bit to impress.

Nketiah had a poor game up front, so Lacazette may have been hoping Arteta would switch things up and push him into his favoured central striking role.

But that didn’t happen.

As it turned out, rookie forward Folarin Balogun came on up top, and scored his first ever goal with his first touch just 37 SECONDS after coming on.

While that will prove the sweetest of moments for the 19-year-old American, it could turn out to be another nail in the coffin of Lacazette’s Arsenal career. 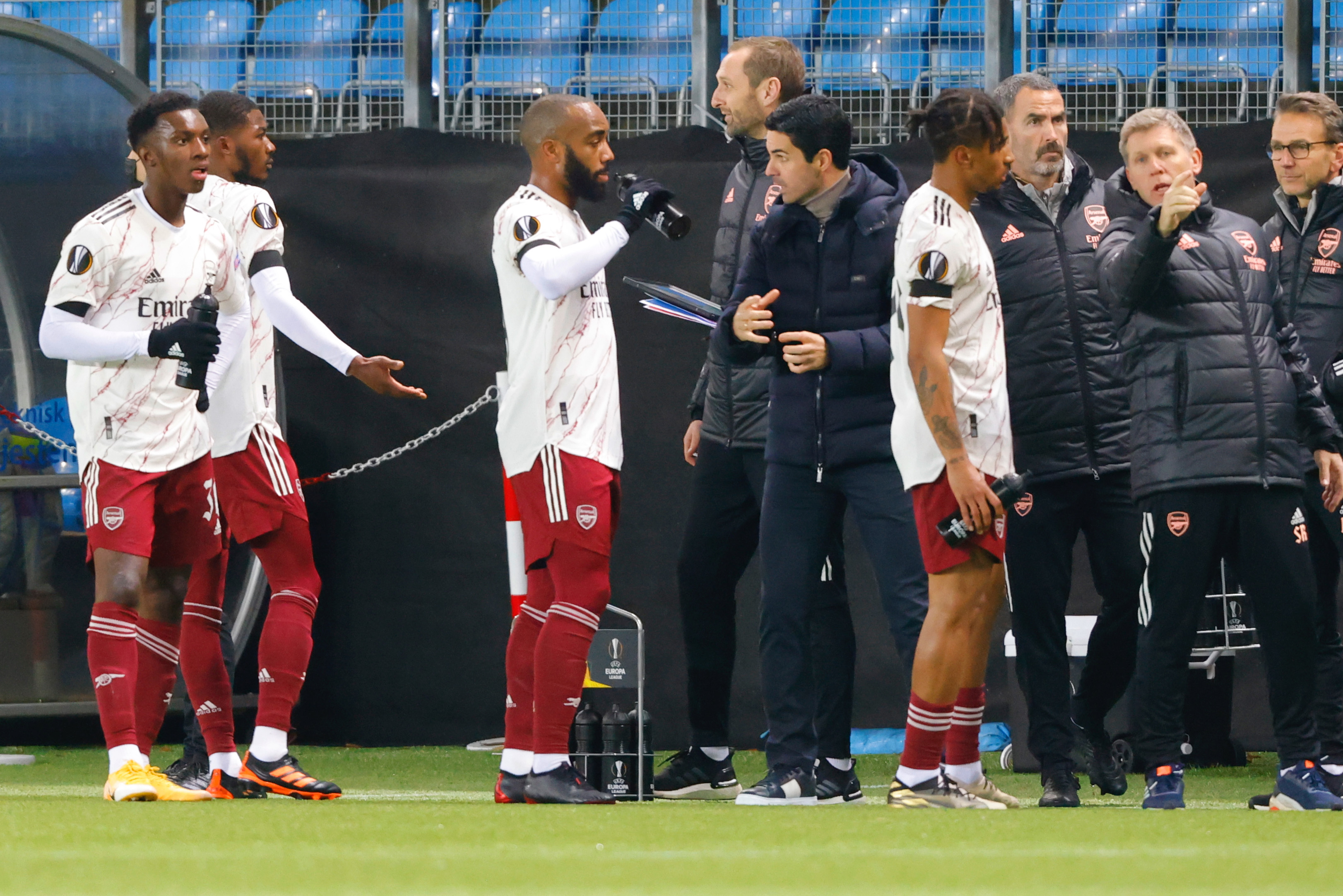 Gunners boss Mikel Arteta could be set to cut his losses with LacazetteCredit: Reuters

Captain Pierre-Emerick Aubameyang will SURELY at some point be pushed centrally, leaving Lacazette to rival with Nketiah and now Balogun for another spot in the team, or maybe just the bench.

Atletico went and completed the sensational transfer of Luis Suarez from Barcelona, so now that door appears slammed shut.

Roma could be an option, with Arsenal repotedly rejecting a bid from the Italians in the summer.

Lacazette is now without a goal in his last six games across all competitions for Arsenal.

He was slammed by Gunners legend Paul Merson recently for his workrate, as the urged Arteta to start playing Aubameyang in the middle rather than out wide.

Alexandre could be all out of ‘lac’ soon – but potential suitors might not be as keen as they once were.