JURGEN KLOPP has broken his silence on Ole Gunnar Solskjaer being sacked by Manchester United, saying he hasn’t thought about it for even a ‘second’.

Jurgen Klopp laughed in bemusement after being asked for his take on the Man Utd managerial situationCredit: Sky Sports 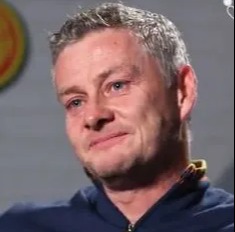 Klopp revealed he hadn’t thought of United or Solskjaer for a ‘second’ after the Norwegian wa sackedCredit: MuTV

Steve Bruce, Laurent Blanc and Ralf Rangnick are being lined up to replace Carrick – also on an interim basis – until the end of the season, before making a move for Mauricio Pochettino or Zinedine Zidane in the summer.

But ruthless Klopp has revealed he hasn’t given United‘s managerial shambles a moment’s notice.

When asked for his take, a bemused Klopp laughed before saying: “What do I have to do with that?

“Sorry, I’m really not prepared for that question.

“I didn’t think about United for a second.”

Kop boss Klopp continued: “I don’t think of the impact the manager has, should have or will ever have since six years ago, when I had to.

“Sorry it’s the wrong question. I don’t have an answer for that.”

Man Utd kick off their new era under Carrick on Tuesday night in the Champions League against Villarreal.

Meanwhile, the shambolic chase for a new manager at Man Utd is expected to rage on after missing out on top target Antonio Conte to Tottenham.