And Liverpool boss Jurgen Klopp hailed the goal as “the perfect response” to Newcastle’s timewasting. 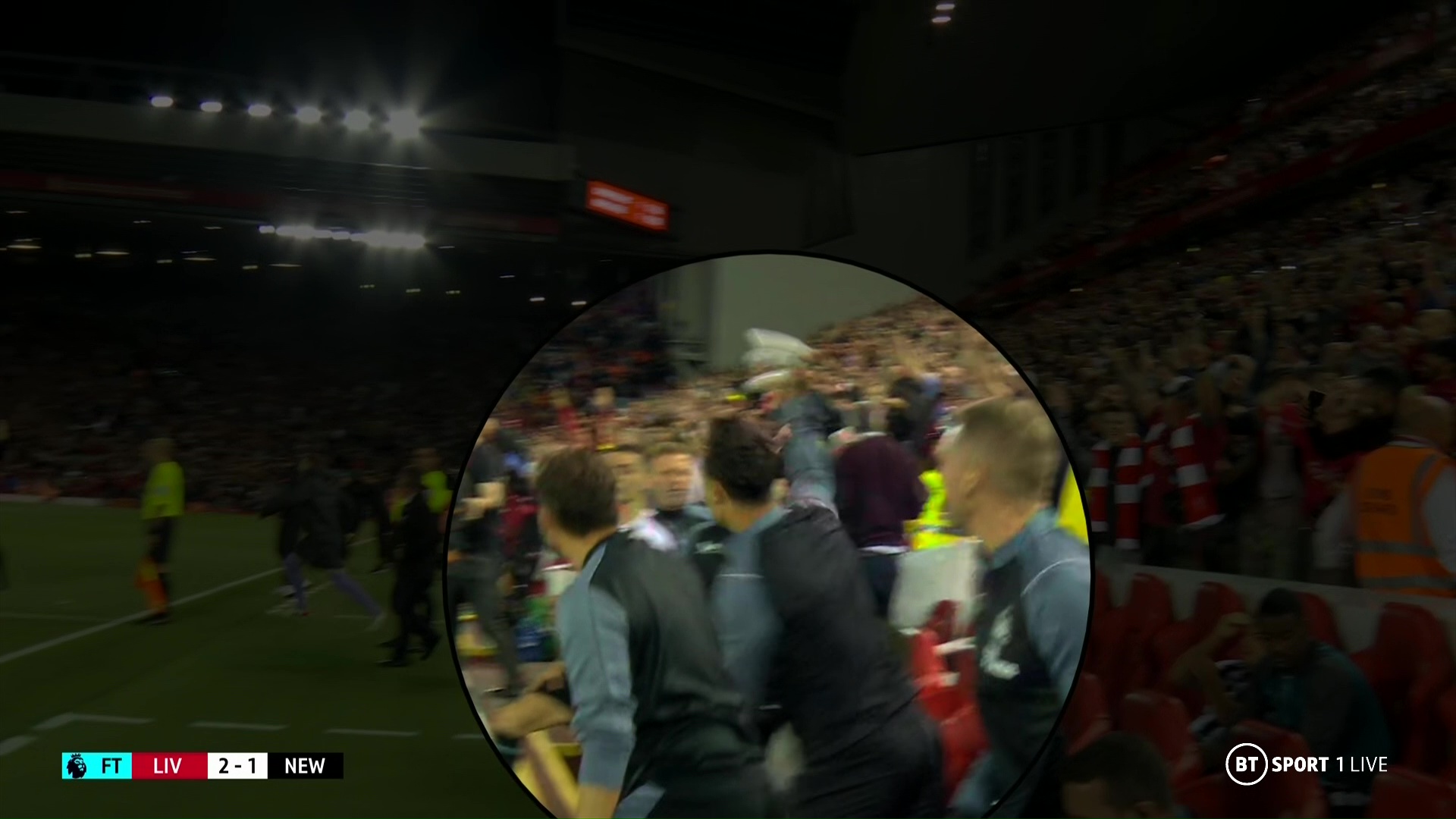 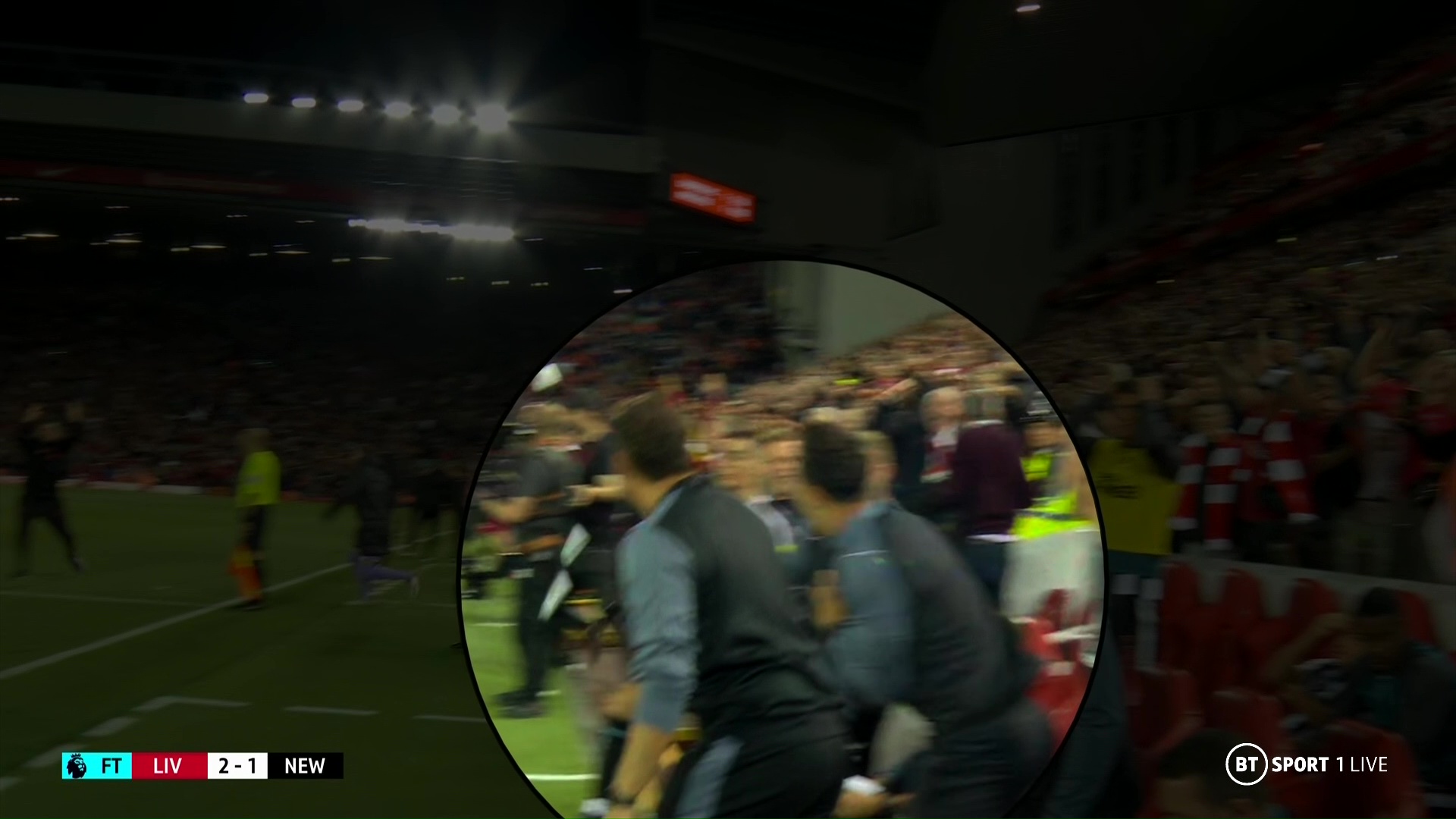 The rival benches confronted each other after Carvalho scored with the last kick of the game and a member of the Toon staff threw objects in the direction of the home team’s technical area.

Klopp and his staff had been fuming about Newcastle players going down injured and coach John Achterberg aimed a V-sign at the opposition dugout.

The Reds boss said: “We scored in 90 plus eight, it’s the perfect response to that.

“I’m really happy about that and there’s nothing more to say. This is the best way to win a football game. 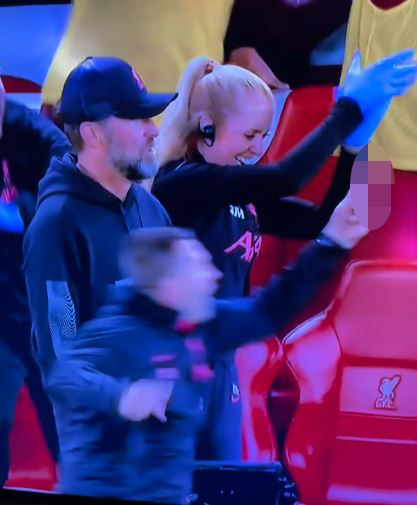 “I don’t need it every week, but once or twice a season is good. It was the perfect moment to win this game.”

Officials added five minutes of stoppage time to the end of the game, but referee Andre Marriner allowed play to go on for more than two minutes longer.

Then Carvalho, who turned 20 on Tuesday, hooked the ball into the net off the crossbar from close range to send the home fans into delirium.

Klopp added: “It was a wonderful goal from the birthday kid of yesterday. He’s a fantastic boy.

“If a boy is as good as he is, then he needs the moments as well, where you really get it, and that goal really helps a lot.”

The dramatic winner raised the roof at Anfield but for long periods the home fans were quiet, after Liverpool fell behind to a debut goal by £59m Newcastle signing Alexander Isak.

Roberto Firmino equalised but the Reds were heading for another disappointing result in their stuttering start to the season until Carvalho struck at the death.

Klopp said: “It’s massive. It’s great, we will remember it for years and years.

“I’m not 100 per cent sure that everyone believed until the end. From now on they have to because we showed again it’s possible.”

Carvalho, who scored his first goal for Liverpool in the 9-0 thrashing of Bournemouth on Saturday, said: “I was just there in the right area and happily it fell for me.

“Within our DNA we just keep going. We showed that today.

“The fans helped us so much. I want to say a big thank you because without them it wouldn’t have been possible. 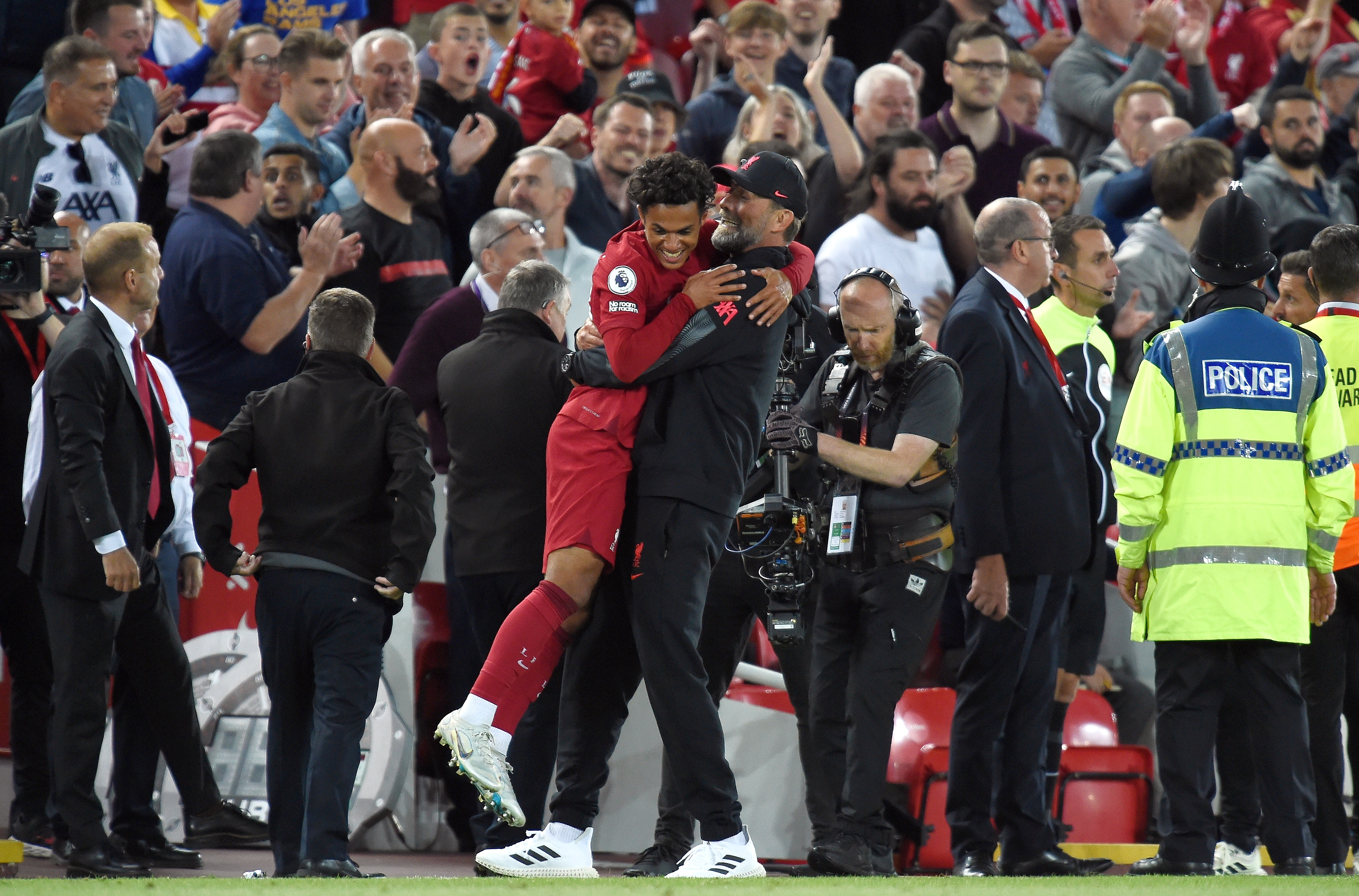 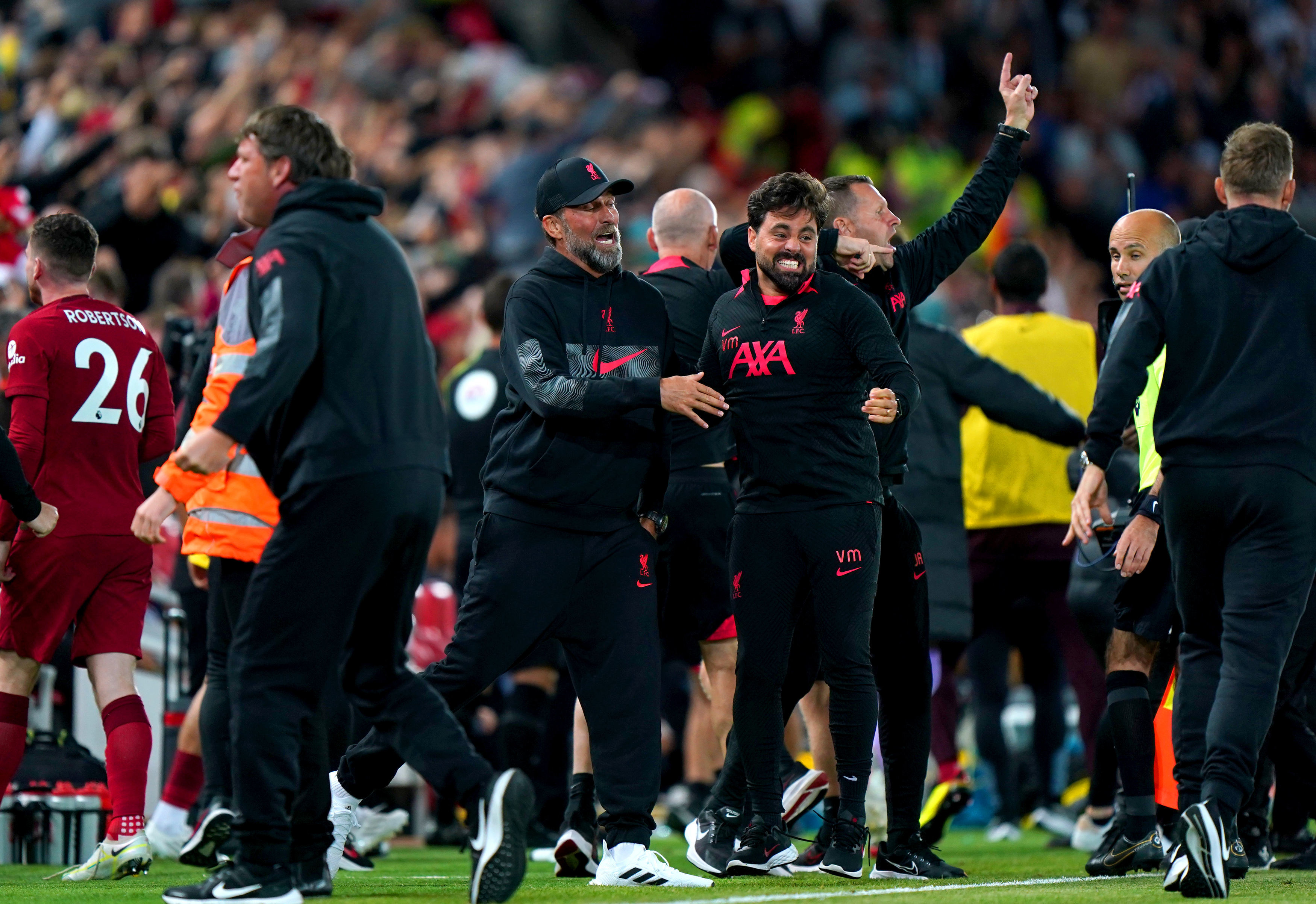 The Liverpool bench erupted with delight as Carvalho popped up with a 98th minute strikeCredit: PA

“Finally we did score the goal and deserved the three points.

“Hopefully we can build on this. We just need to keep going, keep working, and more wins will come.”

Newcastle boss Eddie Howe was gracious in defeat, despite tension between the two dugouts for much of the game.

He said: “It’s painful… I’m really proud of the players, the commitment to the game and the execution of the game plan.

“When you are in the lead here, naturally it becomes a different game. We had to withstand pressure and we had to defend really really well, which we did.

“I don’t remember them having many clear openings. The last goal is a heartbreaker for us.”

Howe denied accusations of deliberate time-wasting, saying: “We had players that were fatigued. We had one day less of rest than Liverpool. 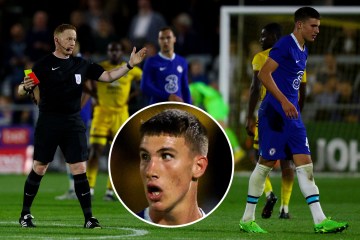 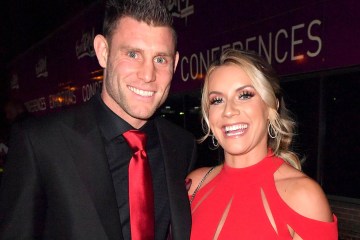 “There was no gamesmanship from our perspective. It was just tired bodies.

“Naturally in the second half we wanted to slow the game down, they wanted to speed it up.”