JURGEN KLOPP has declared he is “happy” with how contract talks between Mohamed Salah and Liverpool are progressing.

The 29-year-old is facing an uncertain future in Merseyside with the winger tied down at Anfield until 2023.

Liverpool boss Jurgen Klopp is happy with how contract talks are progressing with Mohamed SalahCredit: PA

It has been claimed that Paris Saint-Germain are considering a swoop to sign the Egypt international in the summer as a possible replacement for Kylian Mbappe.

Meanwhile Barcelona are also said to be keeping tabs on the ex-Roma forward as an alternative to Erling Haaland.

Mundo Deportivo state that Blaugrana boss Xavi is a huge admirer of Salah and is said to be of the belief he can play in the No9 role at the Nou Camp.

But in a blow to potential suitors, recent reports have suggested that Salah could ready to extend his stay at Liverpool. 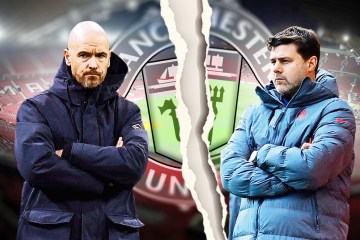 According to the Mirror, the former Chelsea man is set to put pen to paper on a new deal that could see him play out the rest of his career with the Reds.

And now Liverpool boss Klopp has commented on negotiations between the club and the player.

Speaking in his pre-match press conference, Klopp has insisted he is happy the two parties are in ongoing negotiations.

He remarked: “I am happy with it because nothing new to say, that’s good.

“The decisive parties are talking to each other and that’s all I need. That’s it.”

Salah has starred for Liverpool this term – chipping in with 28 goals and ten assists in 37 matches in all competitions.

But he hasn’t found the back of the net in over a month, though Klopp isn’t losing any sleep over his “tough period”.

Klopp, who has joked he cannot understand Luis Diaz, added: “He might not have scored from open play – maybe a penalty here and there – but it’s not too important.

“For me, the performance level is important. The threat is for other teams, how he brings (opposing) players together – the moment he gets the ball, two or three players are going for him.

“In these moments, he could decide sometimes in a better way, no doubt about that, such as pass the ball quicker, all these kind of things.

“But it’s a tough period for Mo – and for Sadio – with the Africa Cup of Nations and then the games and coming back and being immediately available for us again. That was really, really special. 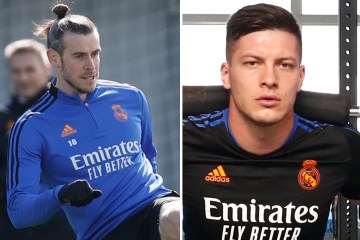 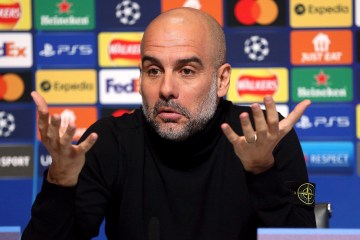 “It’s completely normal in a season to have ups and downs. They aren’t big changes for these boys, but it’s still there.

“We see him every day in training and see him playing obviously, there’s nothing to worry about.”