BETWEEN them, they have just 51 caps — but in central midfield there is no doubt England’s World Cup hopes rest on the young shoulders of Jude Bellingham and Declan Rice.

With few options at his disposal, apart from a half-fit Jordan Henderson and out-of-form James Ward-Prowse, Gareth Southgate has no choice but to stick with both Bellingham and Rice.

Jude Bellingham is a key player in the England side and will start in QatarCredit: PA

Even if Kalvin Phillips overcomes his latest shoulder issue to make the plane to Qatar, we are certain to see tonight’s midfield pairing start against Iran on November 21.

During this breathless match against the Germans, Bellingham and Rice had some nice moments and protected the defence reasonably.

And in fairness, both showed maturity beyond their years to keep cool when England were 2-0 down and facing yet another defeat.

In the end Rice, 23, and Bellingham, 19 — along with most others at Wembley — will have left pretty happy, even though the Three Lions should have won this Nations League match. 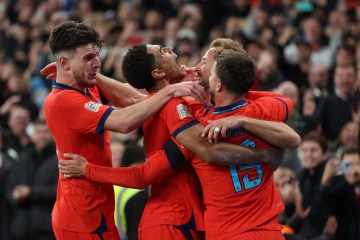 Like Friday’s 1-0 loss in Italy Bellingham was guilty of dropping too deep but, when he did get forward, the teenager made a real difference.

He played a part in England’s first goal and was fouled by Nico Schlotterbeck for Harry Kane’s penalty, so this will give him some belief.

Yet Southgate would have been helped over these final two games before Qatar had we seen more from players such as Phil Foden, who has yet to really ignite his international career.

And we also must hope that Jordan Pickford remains injury-free at the World Cup because if Nick Pope starts in goal, we are in real trouble.

At least Rice, with 34 caps, and Bellingham, with 17, appear dependable despite their obvious lack of experience.

Ahead of linking up with the national team, Bellingham made his 100th appearance for Dortmund in the 1-0 win over local rivals Schalke.

The midfield ace is not exactly short of confidence. Privately, he feels he should already have featured more in Southgate’s side and was frustrated at playing only a bit-part in Euro 2020.

At Wembley last night, the Brummie also had a fascinating battle with Ilkay Gundogan — and the pair could be team-mates next season if Manchester City get their way.

City’s problem is they face competition from Liverpool, Manchester United, Chelsea and crucially, Real Madrid, who fancy their chances of landing £100million-rated whizkid.

Bellingham, whose style has been likened to Bryan Robson by Gary Lineker, was aged 17 years, four months and 13 days when making his senior debut against Ireland in November 2020.

Still, this was only his eighth start — so in Qatar, he will have a lot of growing up to do in terms of international football.

Against the Germans, Bellingham worked hard and made some crucial blocks while he also hooked the ball away from the boot of Gundogan who had clear sight of goal.

Yet the problem was that with Germany having so much of the ball — they had 65 per cent possession in the first half — it was difficult for Bellingham to make much of a difference.

He had his first chance after Gundogan scored Germany’s opener from the spot but blazed over and then delivered another long-range shot but it was an easy save for Marc-Andre ter Stegen.

He then got forward into the box ahead of Luke Shaw pulling one back for 2-1.

Southgate, often criticised for not changing a game, then saw his subs make a real difference for the leveller with Bukayo Saka feeding Mason Mount for a brilliant goal.

Bellingham played a part in another goal forcing a foul from Schlotterbeck to earn a penalty, even though he felt the full force of a nasty challenge, which resulted in a yellow card.

Kane showed a cool head to score what we thought was a winning penalty before a terrible error from Pope allowed Kai Havertz to score his second of the night and make it 3-3.

In injury-time, Bellingham made way for Henderson. But the Liverpool captain knows he will have to get used to watching Bellingham take centre stage in midfield. 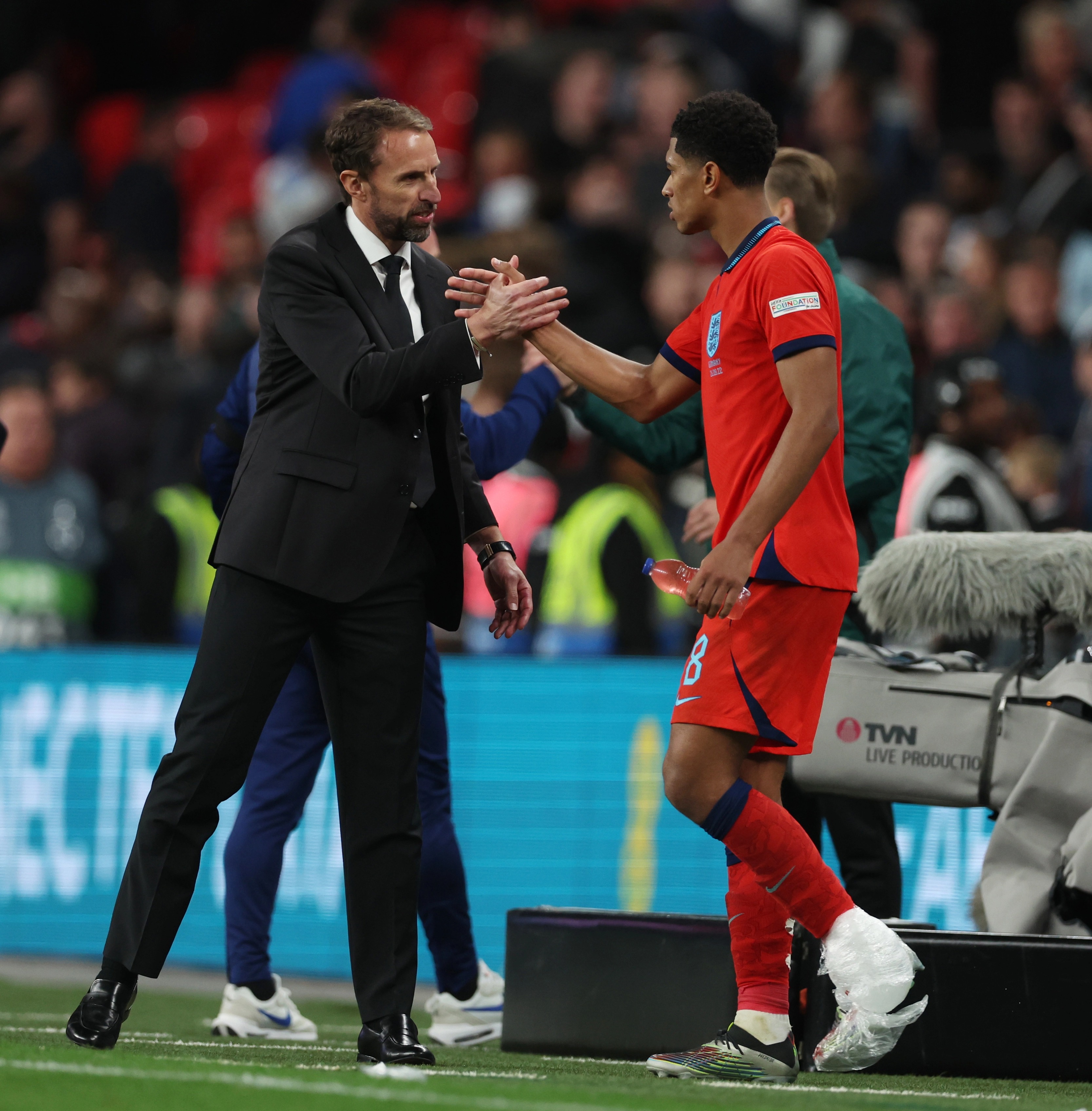 Gareth Southgate knows he has a special talent in the form of BellinghamCredit: Richard Pelham / The Sun 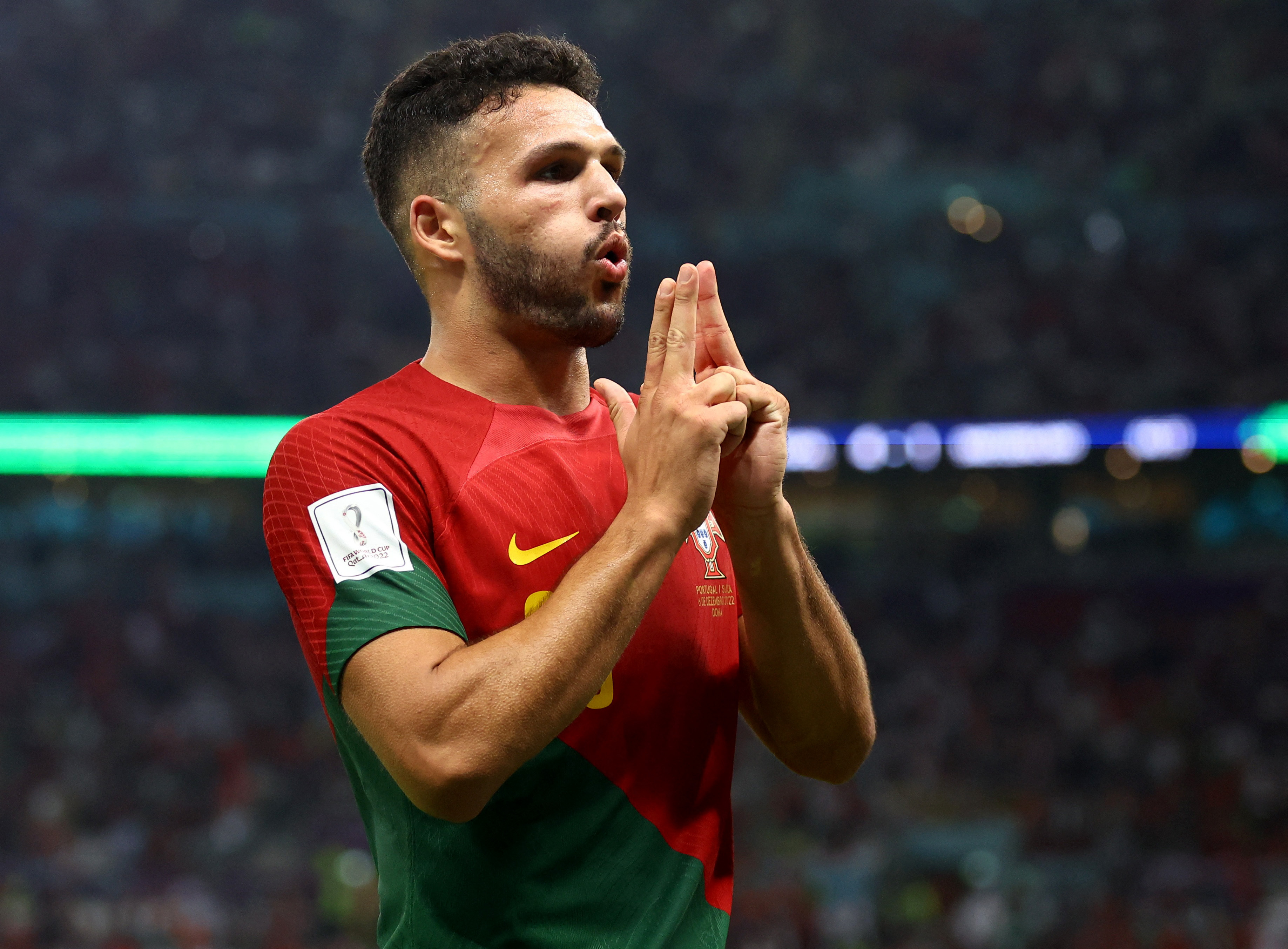