THERE were groans from the stands when Jude Bellingham trotted onto the Allianz Arena pitch in an early England reshuffle.

The supporters down here in Bavaria may not know too much about Kalvin Phillips but it is a very different story about Bellingham.

England star Jude Bellingham came on as a first half substitute against GermanyCredit: Reuters 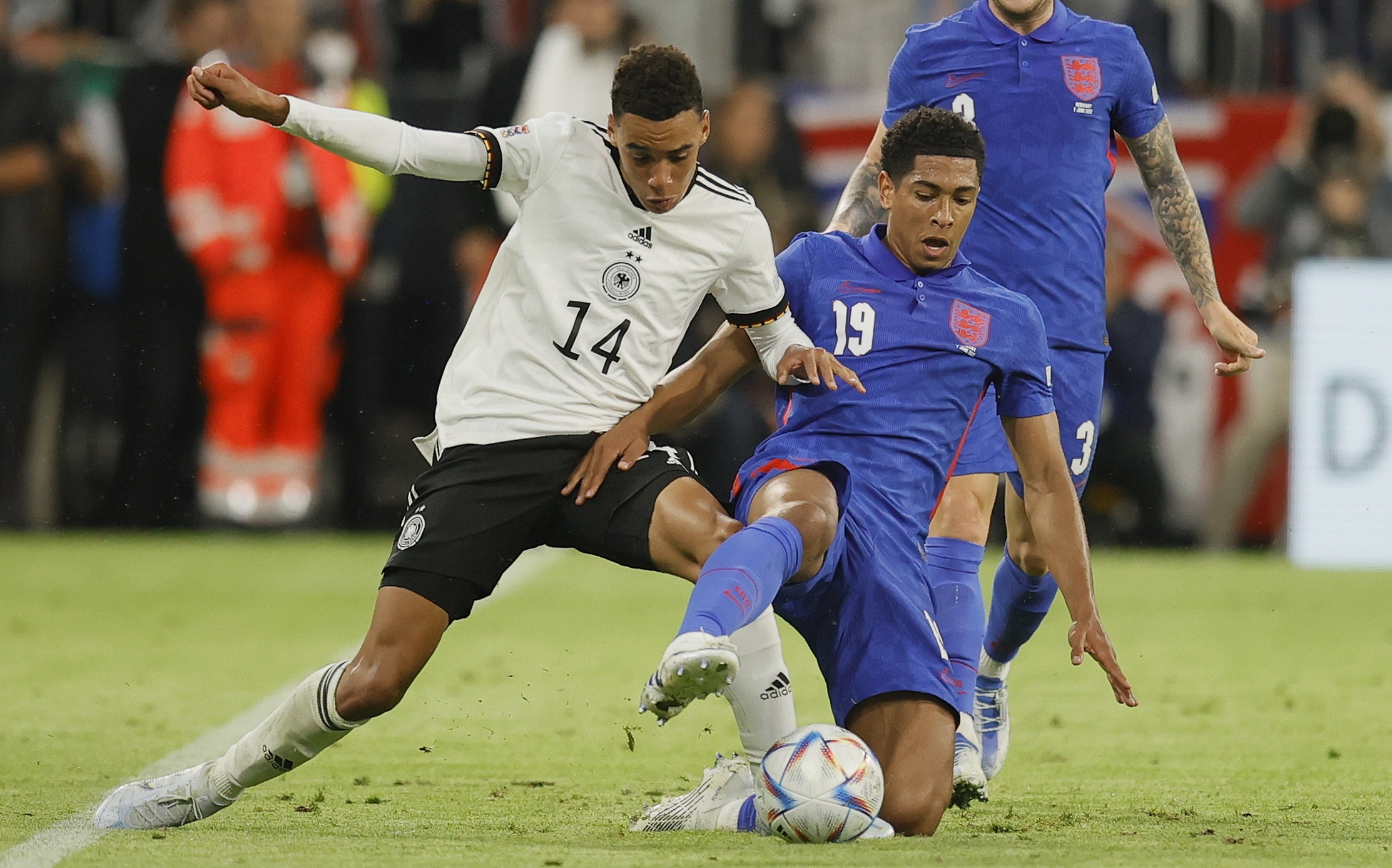 So it was absolutely no surprise that with Phillips struggling in the 14th minute, Jude Bellingham was handed his 14th cap for the senior team.

On a night when England scraped a draw thanks to Harry Kane’s penalty, the Germans will not have looked at our squad with too much envy although Bellingham will have been one of the obvious exceptions.

Bellingham, as they say on social media, is a proper baller.

Having played 90 times for Dortmund in his first two seasons at the club, he would have absolutely relished the chance to impress on enemy soil. 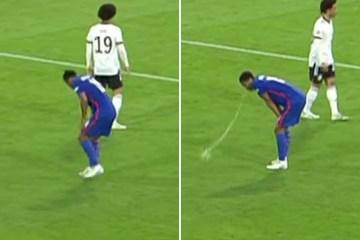 Just six weeks earlier, he was on the wrong end of a 3-1 defeat.

Ultimately, it was a decent enough performance from Bellingham albeit a bit rough around the edges.

If Phillips’ injury rules him out of the next two games against Italy and Hungary at Wolverhampton, then Bellingham will have a serious chance to properly stake his claim for a starting place at the World Cup.

At the moment, he remains just on the edges of the starting XI with Gareth Southgate, as he has proved over the years, a fiercely loyal coach.

In his pre-match press conference, Southgate made a point of name-checking Bellingham unlike most of the other first-team hopefuls.

But here is a precocious talent who, potentially, would still give England an extra edge in those group games against Iran, United States and Wales and, maybe, could even be THE story of the tournament.

There is certainly no doubt that Bellingham and Declan Rice will form this country’s central midfield axis for the next decade.

Bellingham delivered a better display than the 1-0 loss to Hungary. He was handed a full 90 minutes in Budapest but was guilty of trying a bit too hard.

Clearly, this versatile player believes he should already be starting in this England team.

Bellingham certainly did not make an impression quite like 19-year-old Jamal Musiala, the former England youth player who was given a standing ovation when he was replaced midway inside the second half.

Nevertheless, Bellingham once again proved he can move around the pitch in a far more effective way than Phillips.

He robbed Nico Schlotterbeck to create an early chance for Harry Kane, while he also had a goal-bound long-range drive deflected out for a corner. 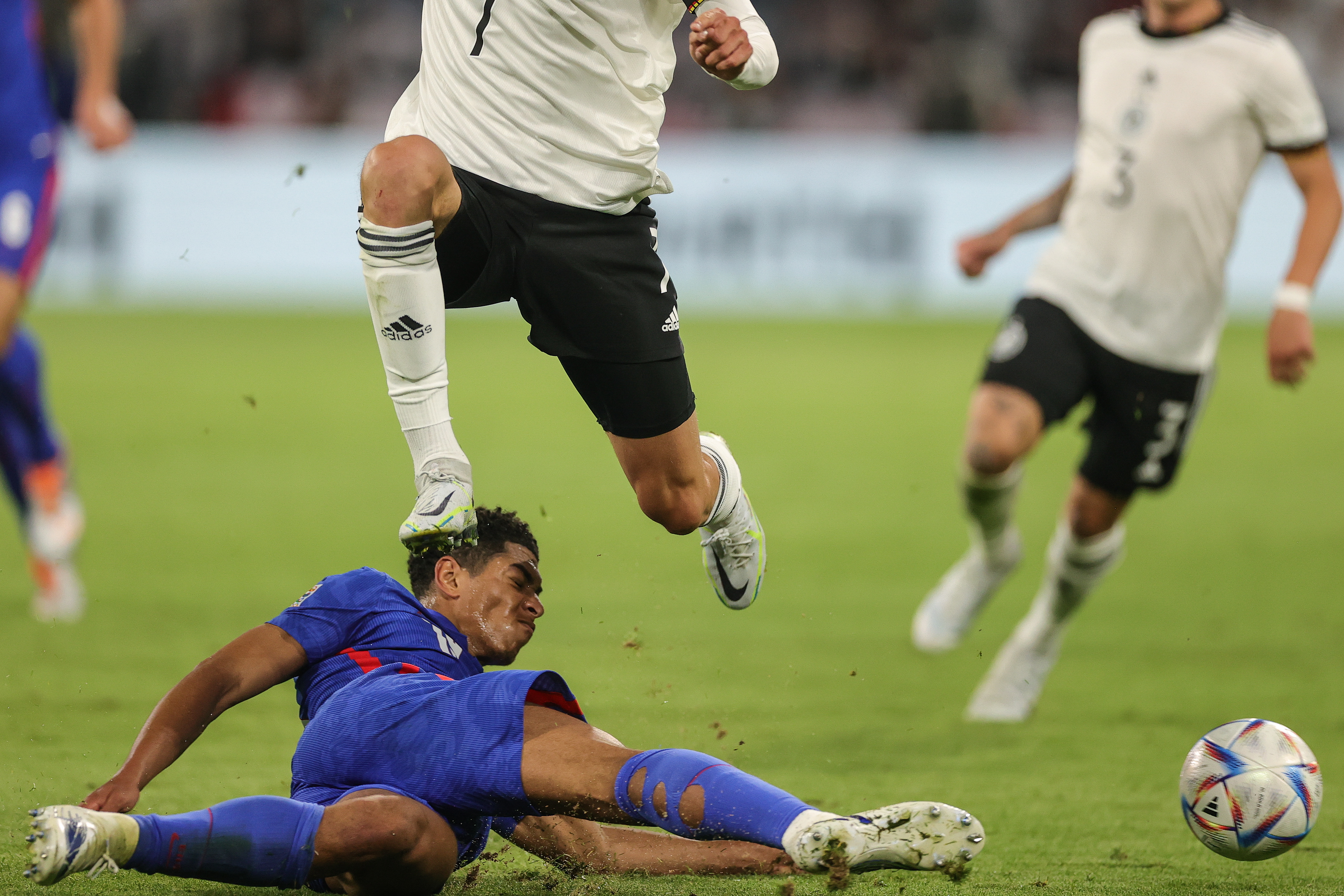 Borussia Dortmund ace Bellingham made his presence known all over the pitchCredit: EPA 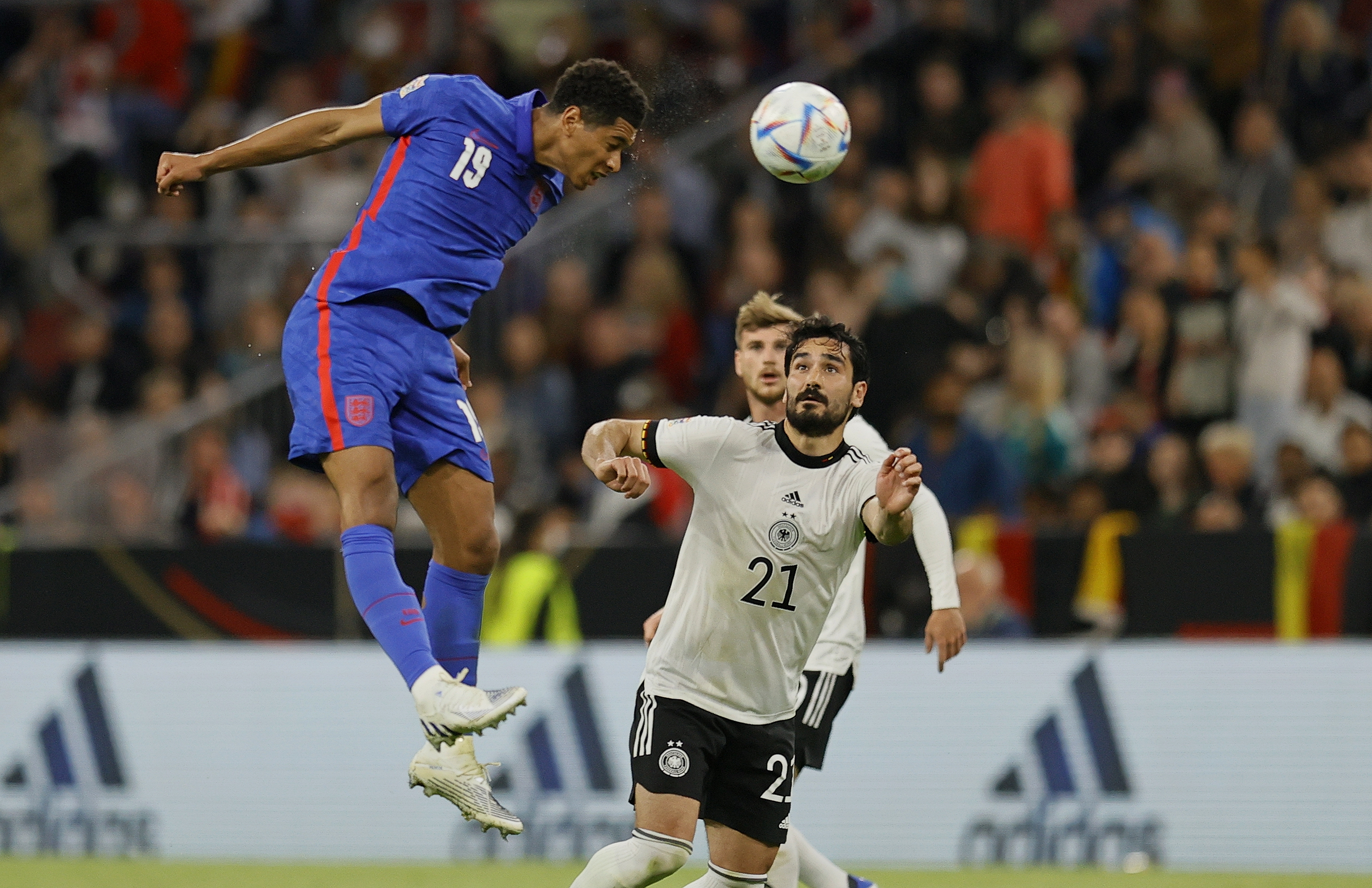 Bellingham will be hoping to start for the Three Lions at Wembley on SaturdayCredit: EPA

There were times when, like Saturday, Bellingham lost the ball when he was trying to create something from nothing.

This is something that will disappear from his game.

Bellingham extended a leg to win the ball and create a good chance for Mason Mount and also won possession on a few other occasions.

The ex-Birmingham ace has already decided that he will stay in Germany for one more year, particularly with Dortmund having already sold Erling Haaland to Manchester City.

But in 12 months here is a player who could be on his way to the Premier League, with Liverpool’s Jurgen Klopp a massive fan. Also, he is wanted by Real Madrid.

Yet it is easy to forget quite how young this player is.

Bellingham made his England debut against Ireland in November 2020 aged 17 and four months.

And he will not even celebrate his 19th birthday until later this month. 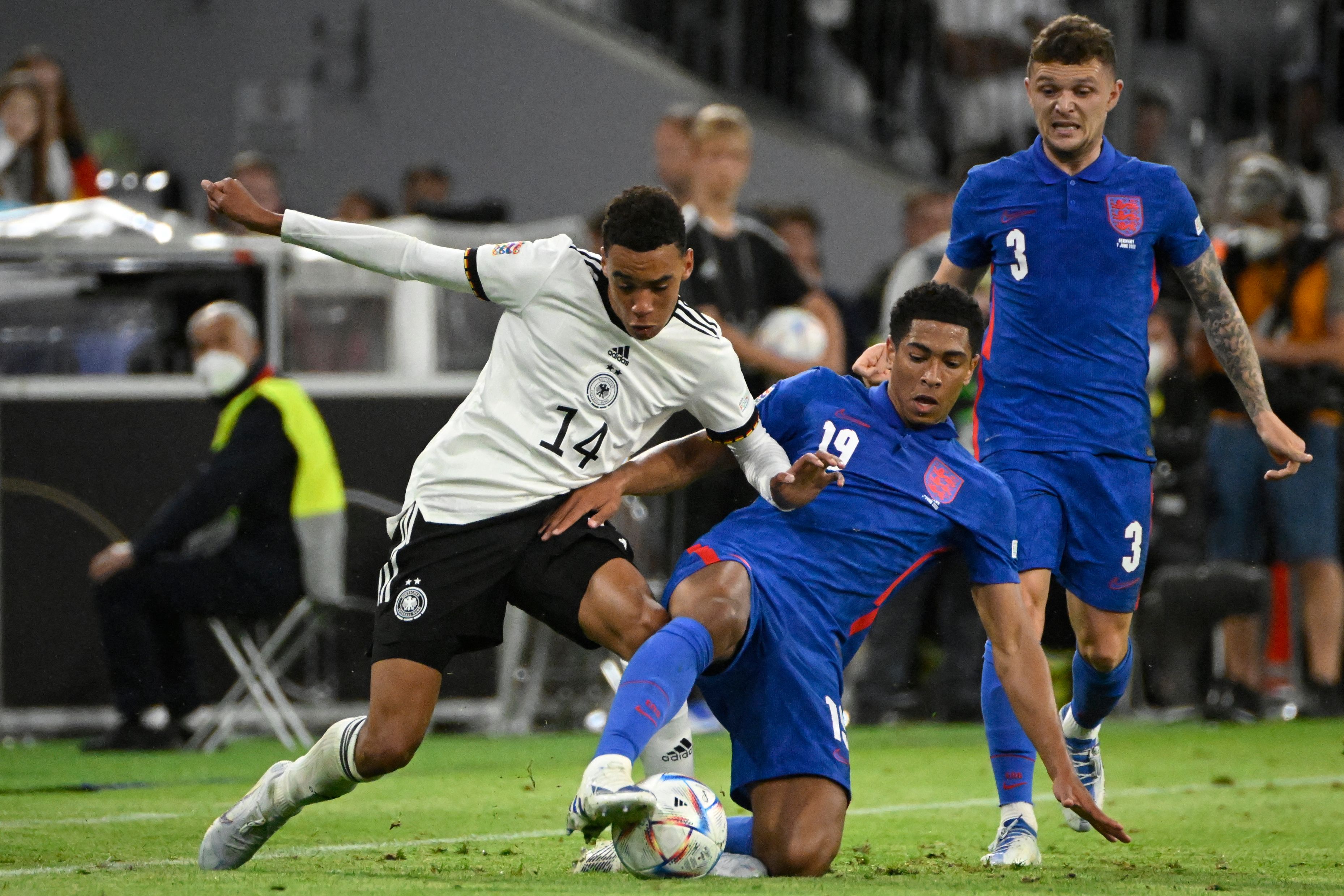 Bellingham showed against Germany why he is regarded as one of the world’s top talentsCredit: AFP

Compare this to Frank Lampard, Paul Gascoigne and David Beckham who, weirdly, all made their debuts aged 21 and three months.

Bryan Robson was aged 23, Paul Scholes 22 and six months while Steven Gerrard was 20.

Like all of those, Bellingham has the tools to be an England great. But the question for Southgate is whether the World Cup comes too soon.

The answer could be over the next two matches at Molineux.