He led the Italian giants to their first piece of silverware for 14 years as they claimed the inaugural Europa Conference League. 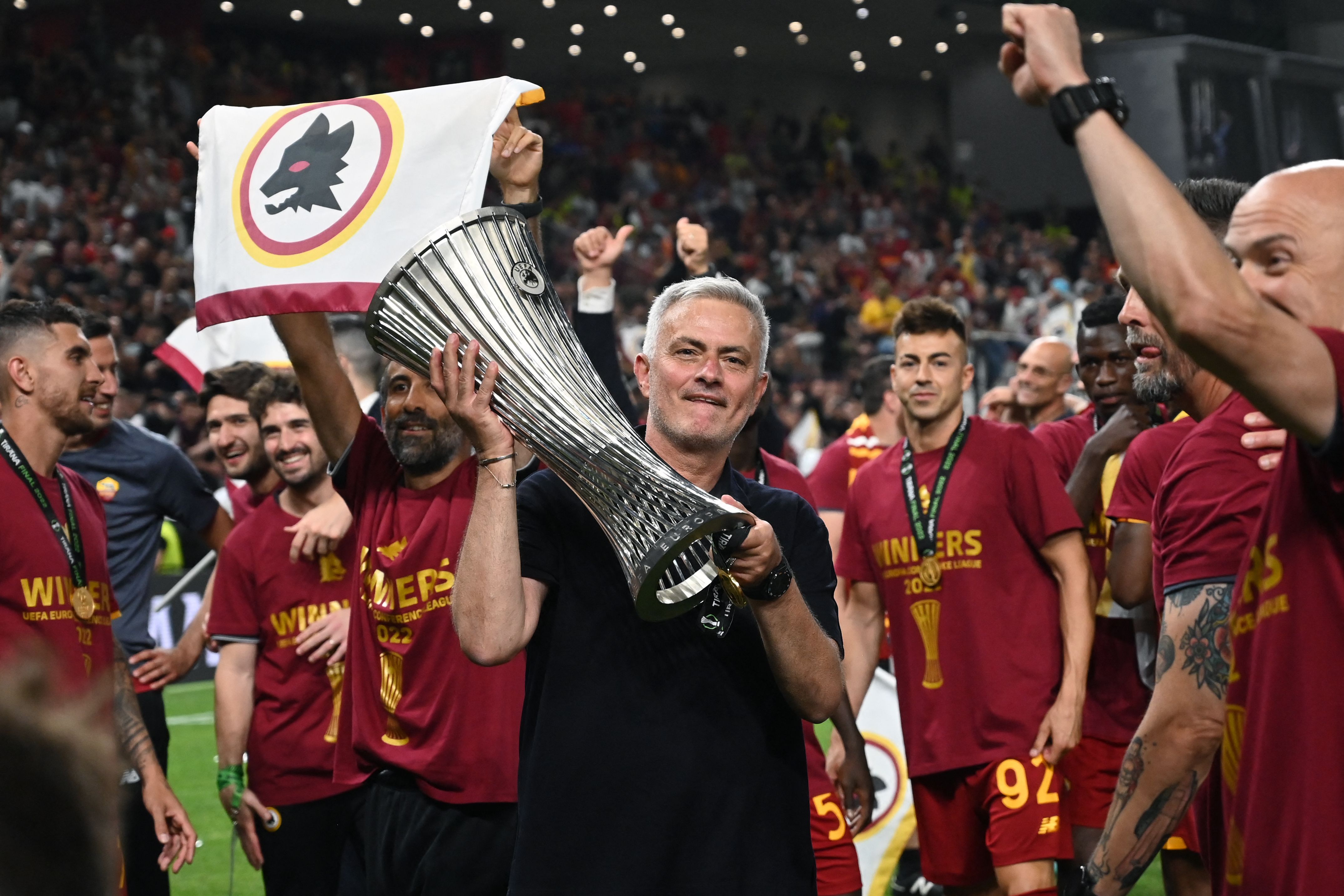 He is the first manager to get their hands on the new piece of silverwareCredit: AFP 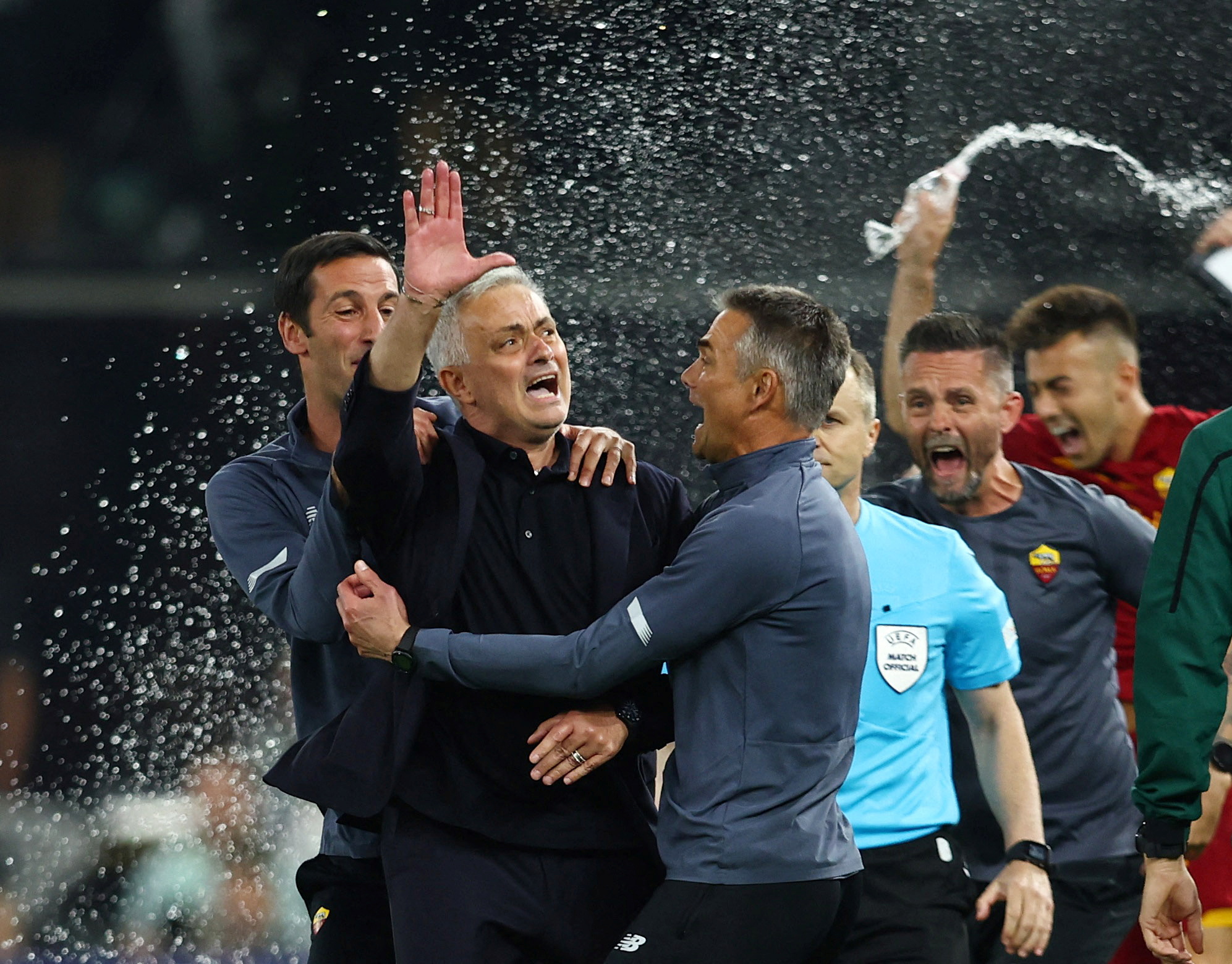 That meant the crying manager collected winner’s medal No5 in continental competitions.

And it took him a matter of seconds to remind the world of his achievements.

As soon as the full-time whistle blew in Tirana, the Special One held five fingers aloft as his backroom staff surrounded him to celebrate.

Mourinho, 59, won the 2003 Uefa Cup with Porto and backed that up 12 months later with the Champions League. 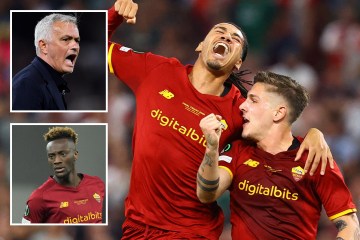 He did not win any European cups with Chelsea or Real Madrid but secured a second Champions League with Inter Milan in a historic 2009-10 treble.

The Portuguese’s fourth Euro crown was sealed with the Europa League during his spell at Manchester United.

His Red Devils beat Ajax 2-0 in 2017, their most-recent silverware, with strikes from Paul Pogba and Henrikh Mkhitaryan – who limped off early for Roma in Wednesday’s final against Feyenoord.

Nicolo Zaniolo’s neat finish on 32 minutes at the Arena Kombetare proved the only goal of the Conference League final.

Incredibly, Mourinho has now won all five of his European finals – not conceding in the last four – and is the first gaffer to win three different Uefa trophies as well as European gongs with four different clubs.

As the Roma boss and the players paraded the trophy in the stands, jubilant supporters watching back home at the Stadio Olimpico ran on to the pitch to celebrate their team’s first-ever Uefa trophy. 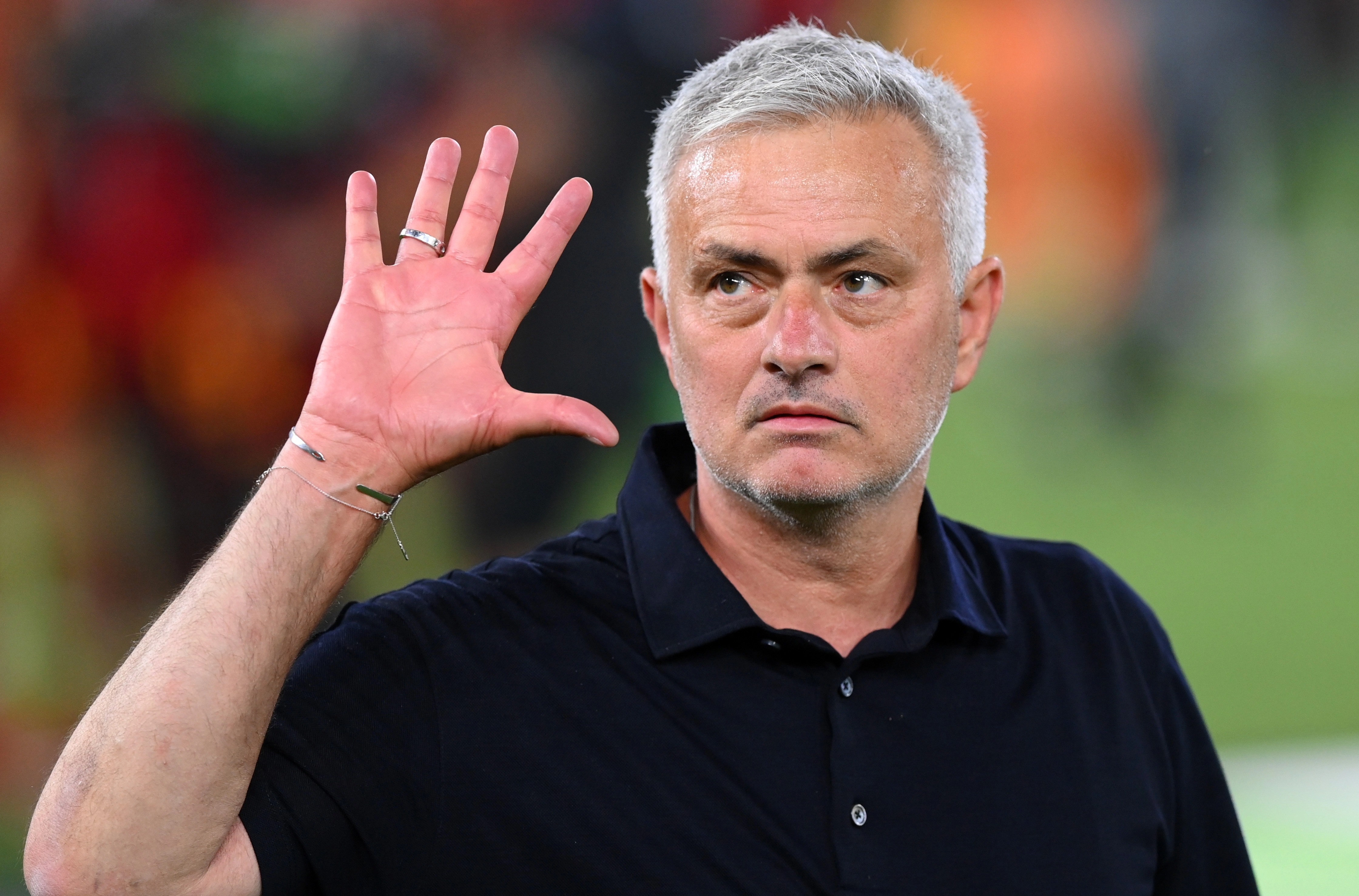 The Roma boss just had to make sure everyone knew his European totalCredit: Getty 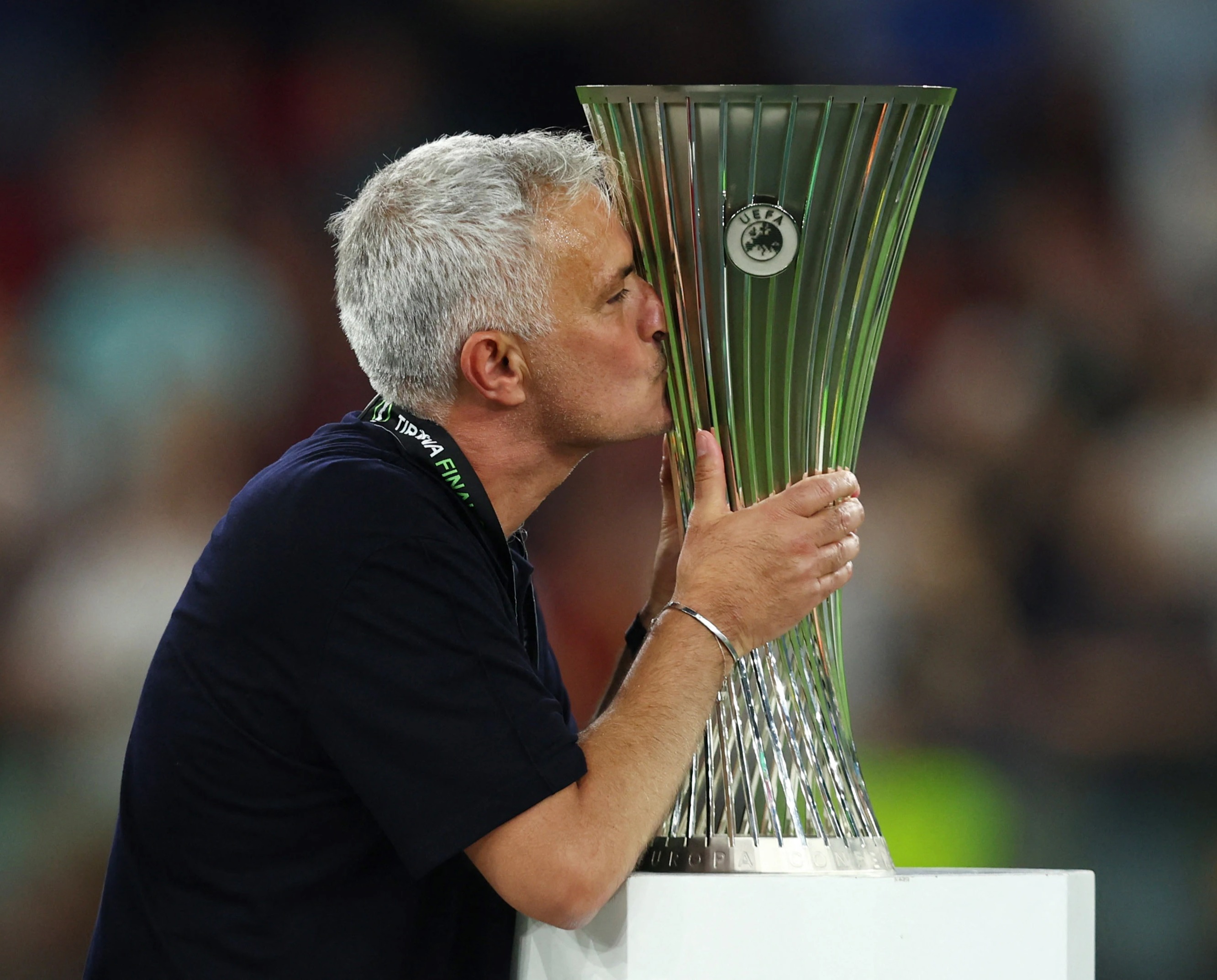 Mourinho could not resist a cheeky kiss of the brand-new trophyCredit: Reuters 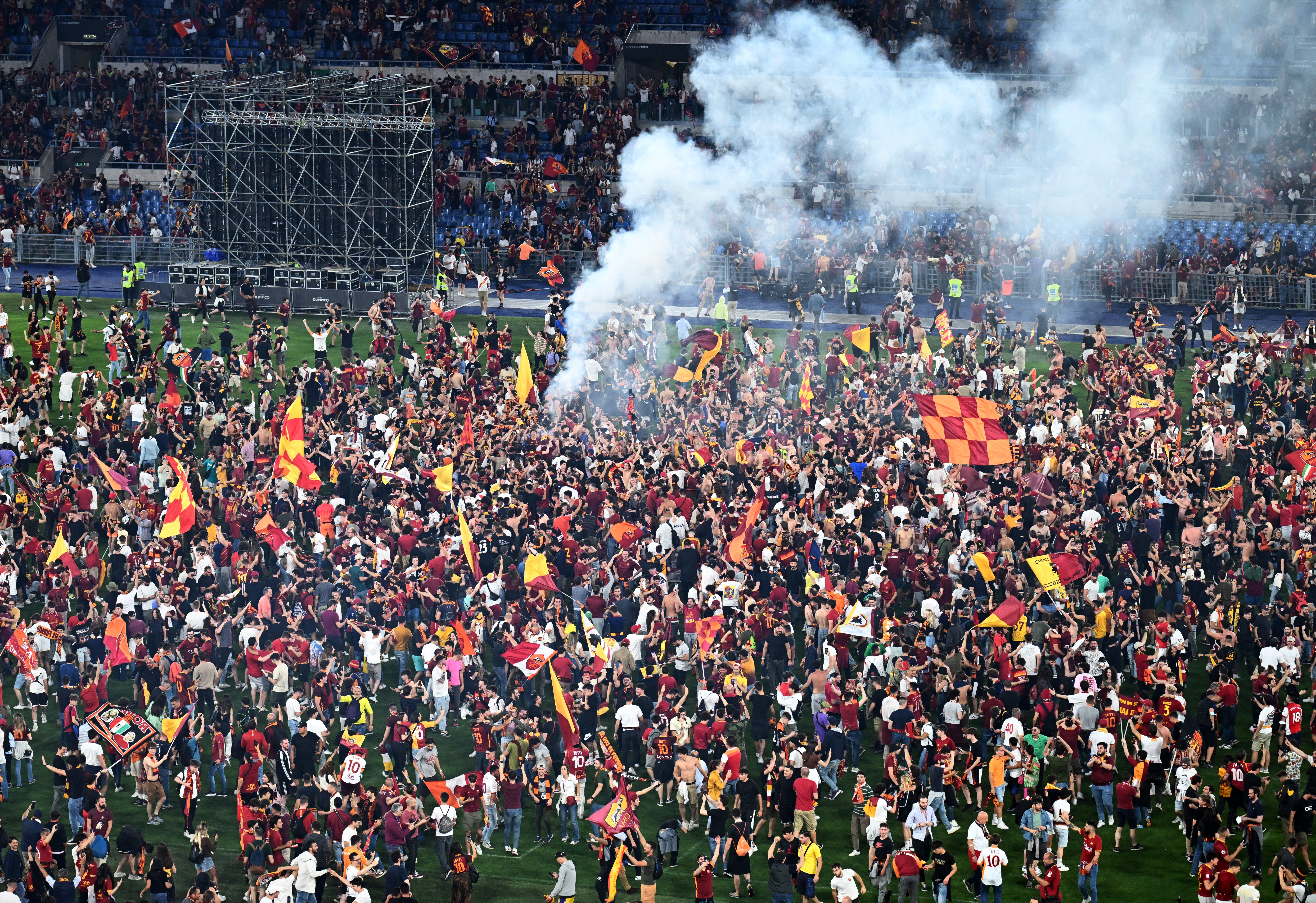 Roma fans ran on to the Stadio Olimpico pitch to celebrate the historic victoryCredit: Reuters