JORDAN PICKFORD has seen his game placed under huge scrutiny after the England goalkeeping coach went public to expose his weaknesses.

Three Lions boss Gareth Southgate has claimed no-one is close to challenging the Everton keeper for the No1 spot in his side despite a series of high-profile gaffes. 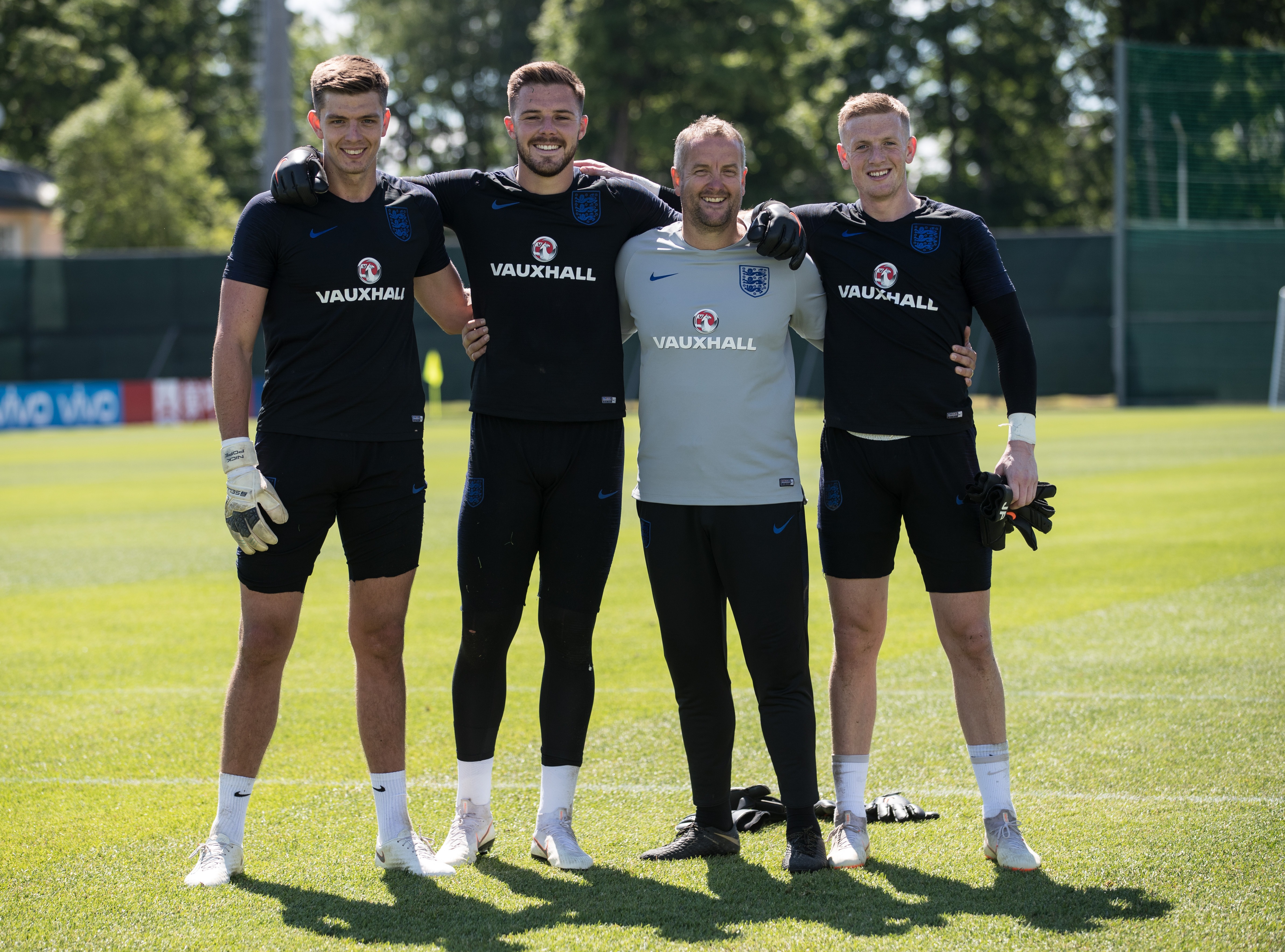 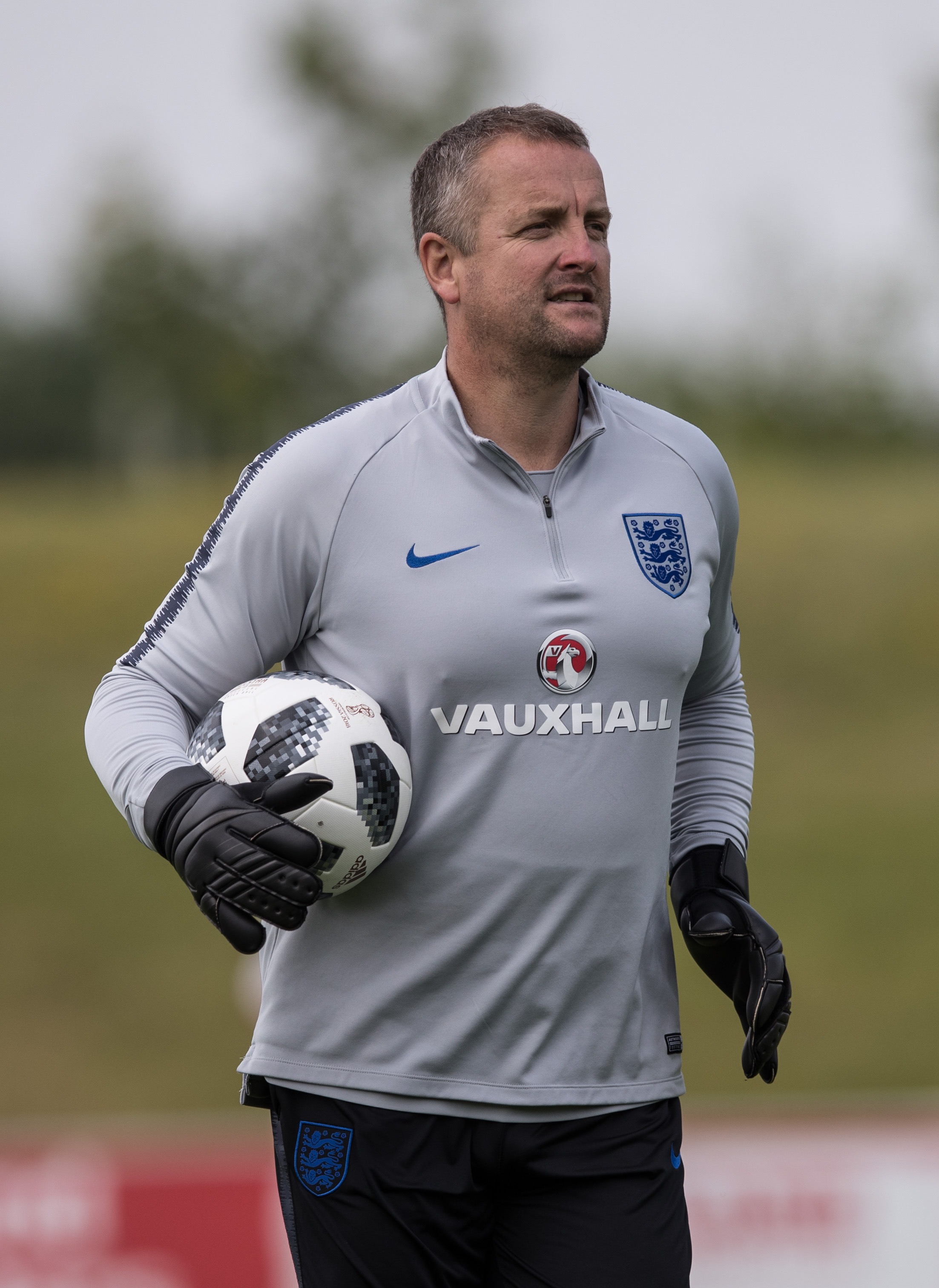 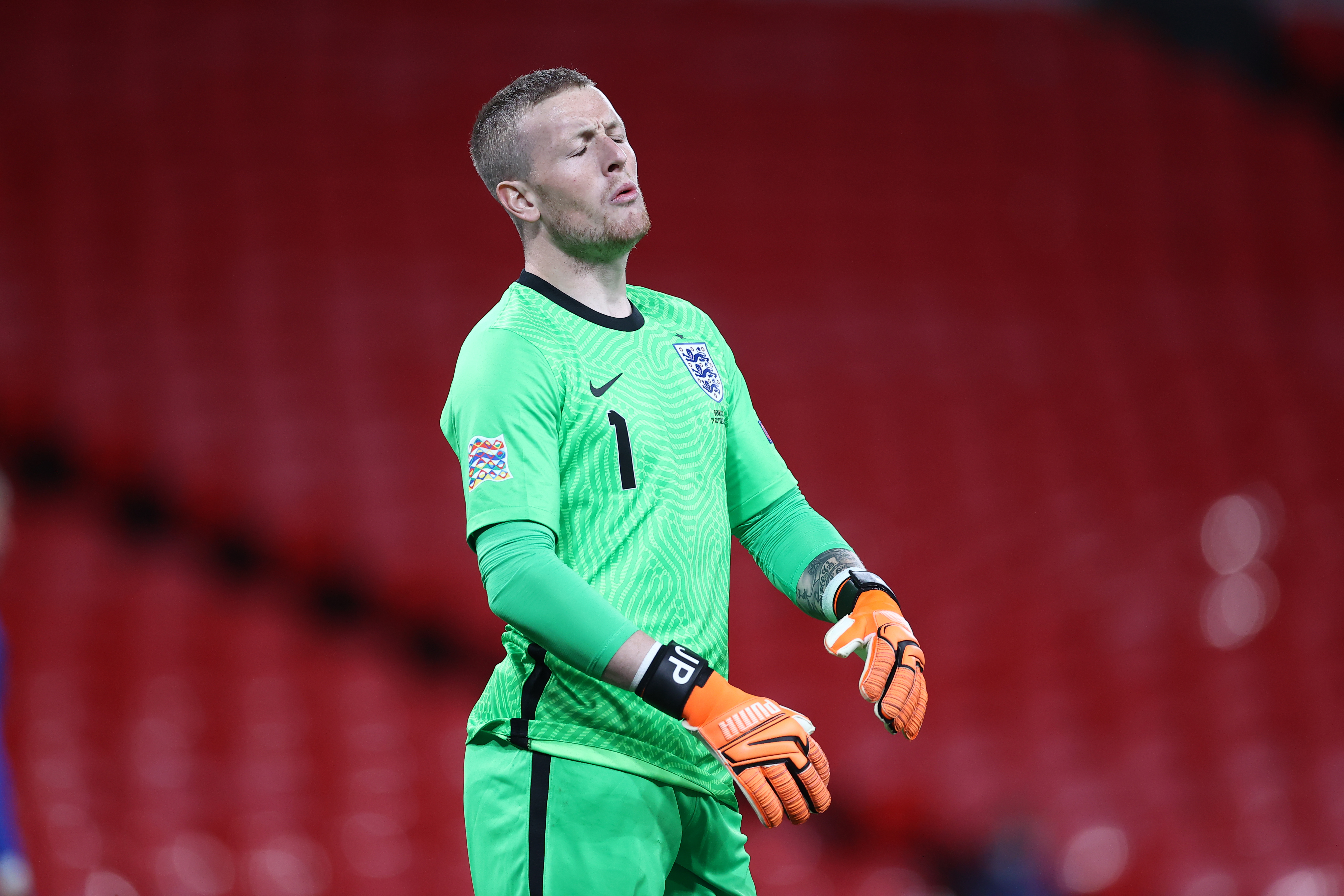 But national team coach Martyn Margetson has taken the extraordinary step of giving a television ‘masterclass’ on Sky Sports which picks apart Pickford’s technical faults for all to see.

Margetson says the 26-year-old has basic flaws in his game which make it harder for him to keep shots out of his net – bringing yet more focus on the player at a time when he is trying to rediscover his best form.

And Everton may be left fuming at the way their player’s faults are being picked apart for all to see.

He started by analysing a save for Everton against Tottenham on the opening day of the season, claiming he had been wrong in his set-up. 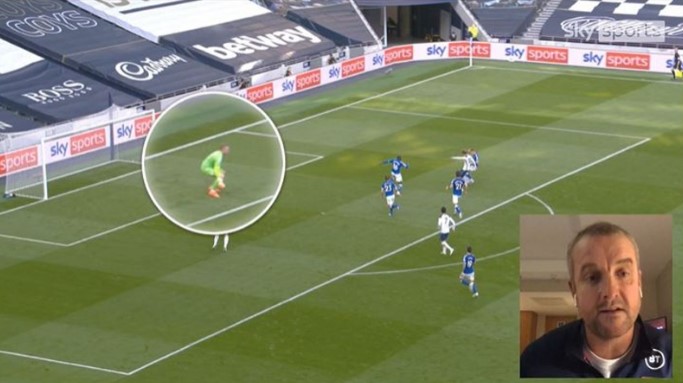 Margetson said: “If you look at his final set position, he’s got virtually a 90 degree knee bend, which then makes his hands too low.

“The goalkeepers I work with, your hand position is absolutely key to your success. They’re the quickest things that can react and if your hands are too low, sometimes the distances they have to travel – like in this instance, [when] the ball is struck above Jordan’s head.

“His knee bend is too great, which means his hands were virtually by his ankles. If he starts with his hands a bit higher, then that save becomes easier.

“As much as he’s made a brilliant save, and that’s the primary concern here, if his hands start [higher] that makes that save a touch easier.

“When you get to Jordan Pickford‘s level, that type of detail, your final set position when attackers make ball contact, are the choices as a goalkeeper that win you and lose you games.” 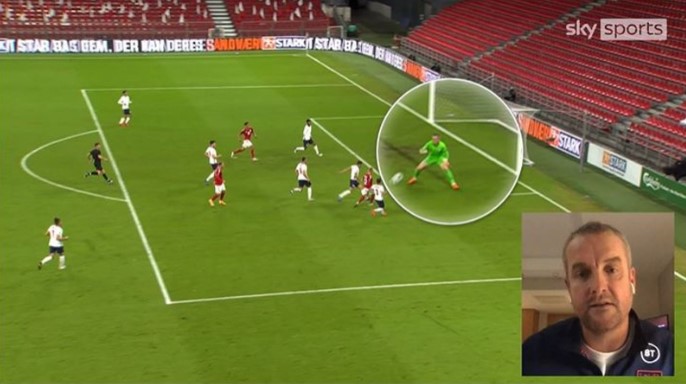 Pickford’s hands were not symmetrical against Denmark Credit: Sky Sports

A stop Pickford made for England against Denmark this season also attracted criticism from the man who coaches him on international duty – including a repeating flaw in his game.

Margetson, who works full-time at Swansea, added: “Again, his hands are a touch too low but what I’ve picked up with Jordan over the time I’ve known him is sometimes his hands are not quite symmetrical.

“He has a tendency for his left hand not to be doing the same thing as his right hand is.

“His left hand now is lower than his right hand. Again, he makes a great save. But when your hands are symmetrical, again we’re talking about how to make difficult saves that little bit simpler.

“When you look at that type of detail about hand positions and them working together, I always coach about seeing your hands in your eyeline because it’s easier for your brain to recognise what your save choice has to be.”

Margetson’s public takedown of the England No1 continued by picking faults in his decision making and technique in a goal he conceded for Everton in the Carabao Cup against Fleetwood. 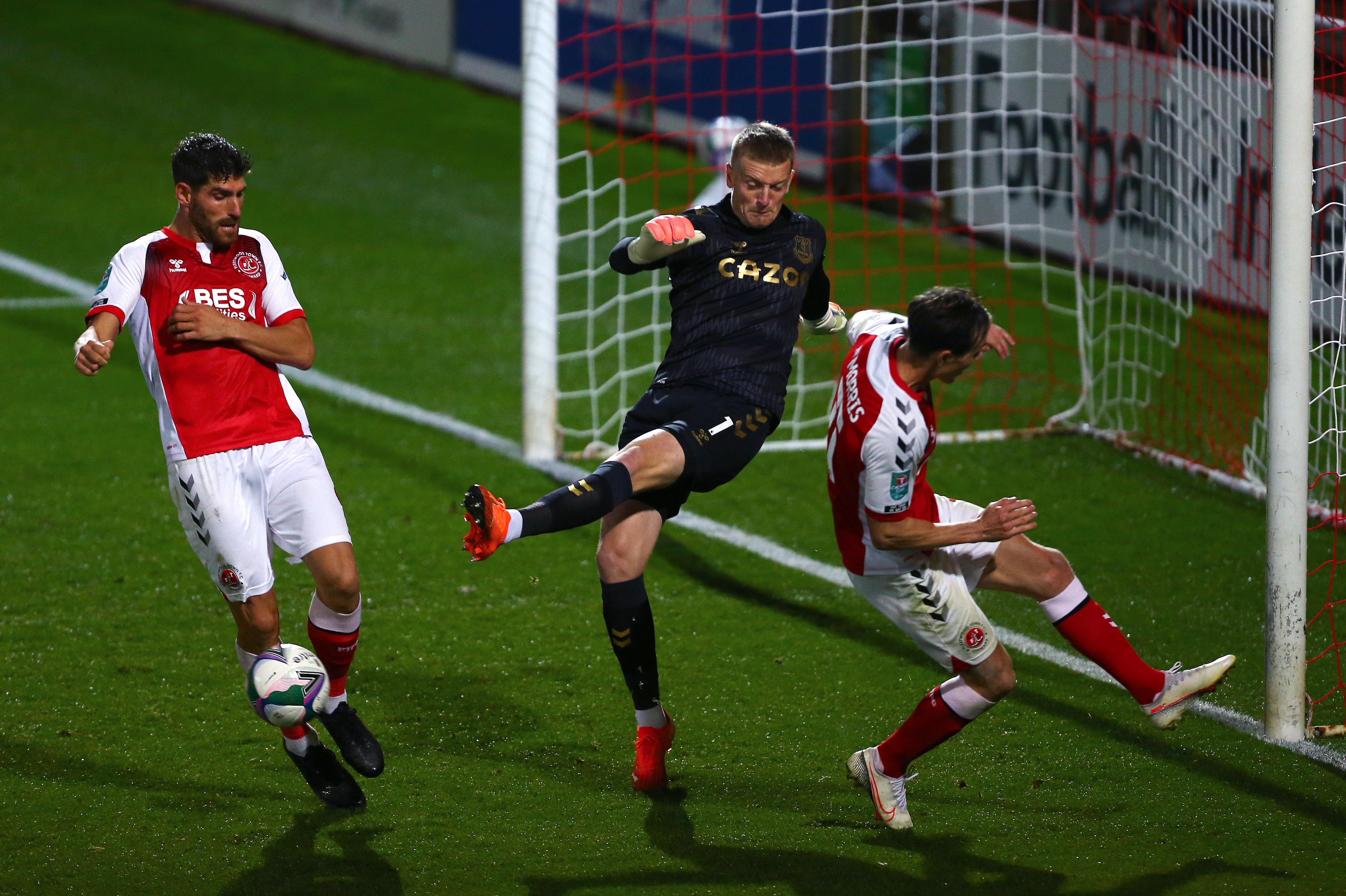 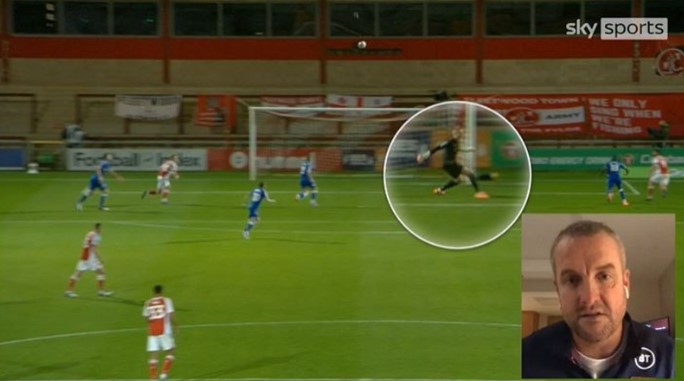 Pickford was out of position against FleetwoodCredit: Sky Sports

The keeper had initially started to dash out to claim a high cross before realising he would never get there – and by the time a shot came in he was not in the correct position to complete the save.

Margetson said: “I always say to my goalkeepers, ‘don’t go looking for the ball, don’t go inventing work. The ball will find you, you don’t need to go searching for it’ – like he did on the cross.

“Straight away he’s made the situation more difficult. It’s a ball the defender can and should be dealing with.

“Now he’s not in a good tactical position because he’s gone looking for the cross. But he’s braked and now he’s dealing with a cutback. 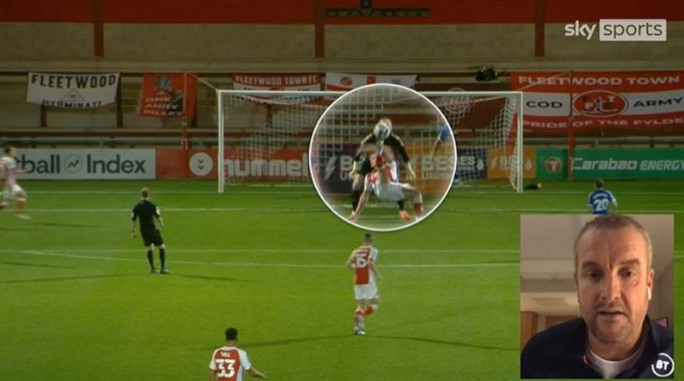 Pickford’s hands are low when the overhead kick is sent goalwardsCredit: Sky Sports

“The first thing I will look for is his final set position on ball contact, which is the foundation of every goalkeeper save, and where are Jordan’s hands. At the ball contact, you can see the hands are not in Jordan’s eyeline.

“It’s a fantastic bit of skill [the overhead kick], the ball is travelling towards goal and Jordan’s hands are probably not in the game.

“You look at the right hand opposed to the left and they’re not symmetrical.

“Straight away the save is far more difficult. The hands haven’t worked together and it’s an unfortunate handling error more than anything. Jordan will understand that detail.

“I equate it to if you’re a boxer and you drop your hands, your opponent is going to have a good chance of knocking you out. It’s the same thing as a goalkeeper, of keeping your hands in the game, in a good position.” 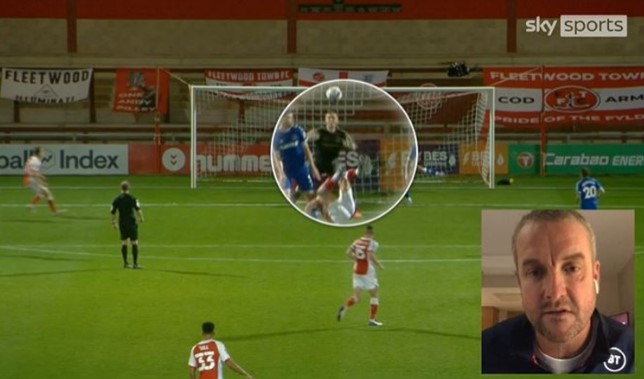 The take-down of Pickford continued when Margetson went on to highlight why his rival for the England start Nick Pope – who will be named in the side to face the Republic of Ireland in Thursday’s friendly – is technically better set to make saves.

He showed saves from Burnley’s recent games against Brighton and Liverpool where Pope’s hands were in a better position compared with Pickford. 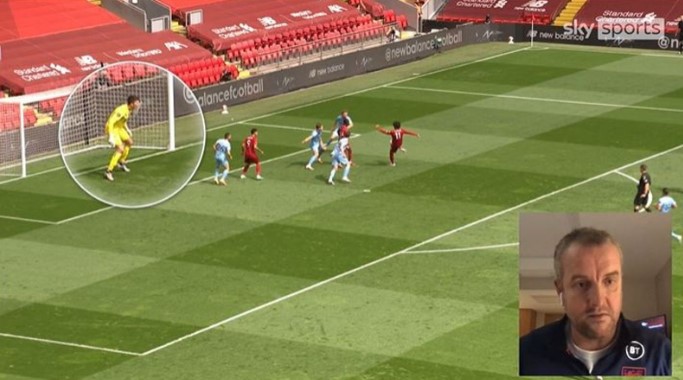 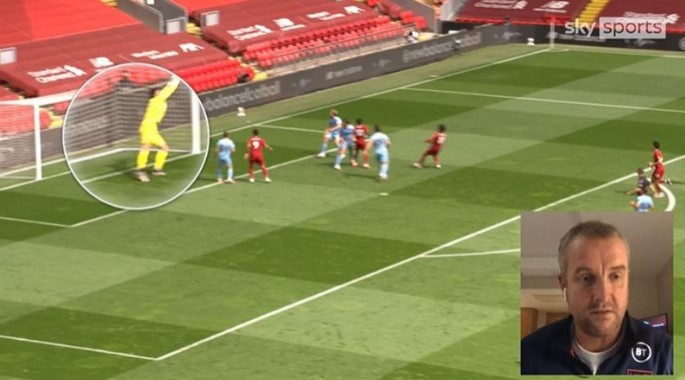 Pope’s starting position helped him make a save against Liverpool Credit: Sky Sports

Margetson added: “This is the key point of what we’ve just been talking about, the benefit of a goalkeeper who’s not too low in his final position. Because Nick’s such a big physical presence, if his final set position is too low he’ll really struggle to move that body.

“He’s in a good position with his feet and on ball contact his hands are above his knees, which I call the neutral position. And they look like to me they’re in his eyeline which makes his save choice easier.

“When somebody strikes a ball at goal as hard as they can and you’re prepared to present your hands and keep the ball still when it hits the glove, that’s the key.

“So he’s presenting his hands forward – and the message is, when it hits the glove don’t move your hands, don’t turn your wrists over and the ball will stick.” 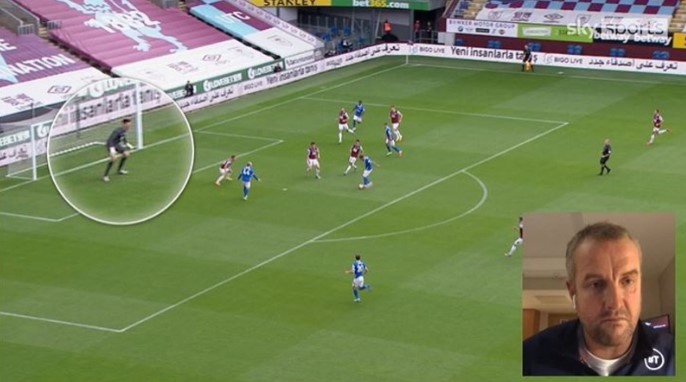 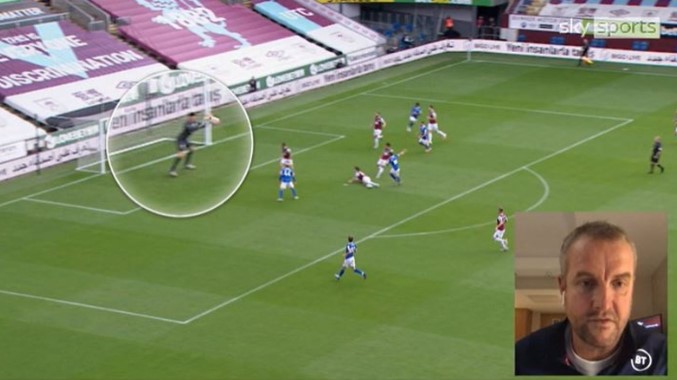 “There’s top quality players shooting at the goal and if you take your hands out of the game you’re making your job much harder.

“If you’re looking at Nick’s feet in this position, and you look at his knee bend, it’s not as deep as we discussed earlier with Jordan, and that enables you to get your studs out of the grass and take the micro step.

“Also, when you’re not too low, you can get your feet out of the grass to make the save with your feet as an emergency one.

“But Nick takes that step and he’s into the save. He’s such a physical presence as a goalkeeper, he’s 6ft 5in, he makes an unbelievable save.” 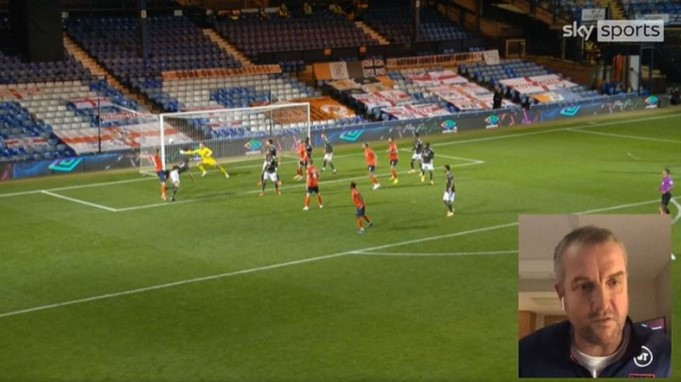 Pickford wasn’t the only one to have a flaw publicly exposed – Manchester United’s Dean Henderson also got pulled up for a weakness.

The coach added: “One thing Dean is, he’s a super athlete in the goal. He’s got superb spring. But sometimes for me his final set positions can be a little bit low, and sometimes his hands, he has to find them again to make the saves.

“We talk about simplifying the role, and if Dean keeps his hands in his eyeline, the saves will become a little easier for him. But at the end of the day, he’s making them.” 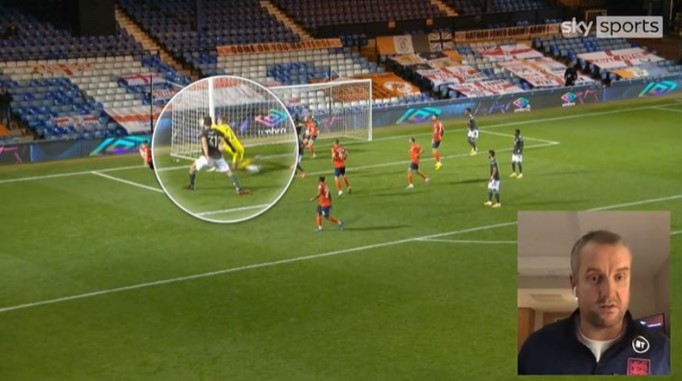