SUPERSUB Marvin Johnson struck with his first touch to stretch Middlesbrough’s unbeaten run to eight and secure a late 1-0 win over Nottingham Forest.

Chris Hughton suffered a first defeat in charge to leave his side still deep in the mire. 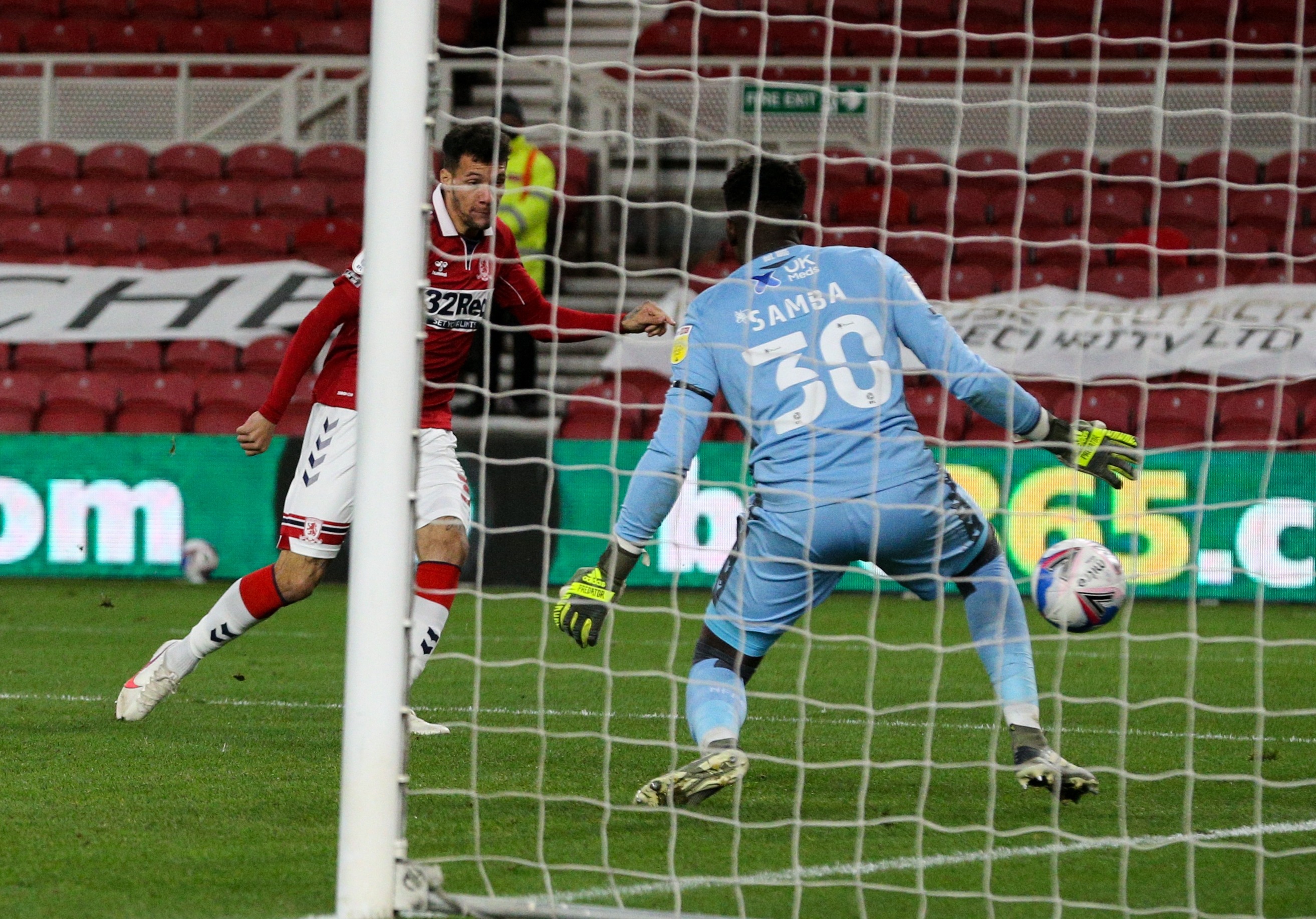 Marvin Johnson came off the bench to fire Middlesbrough to victory over Nottingham ForestCredit: Getty 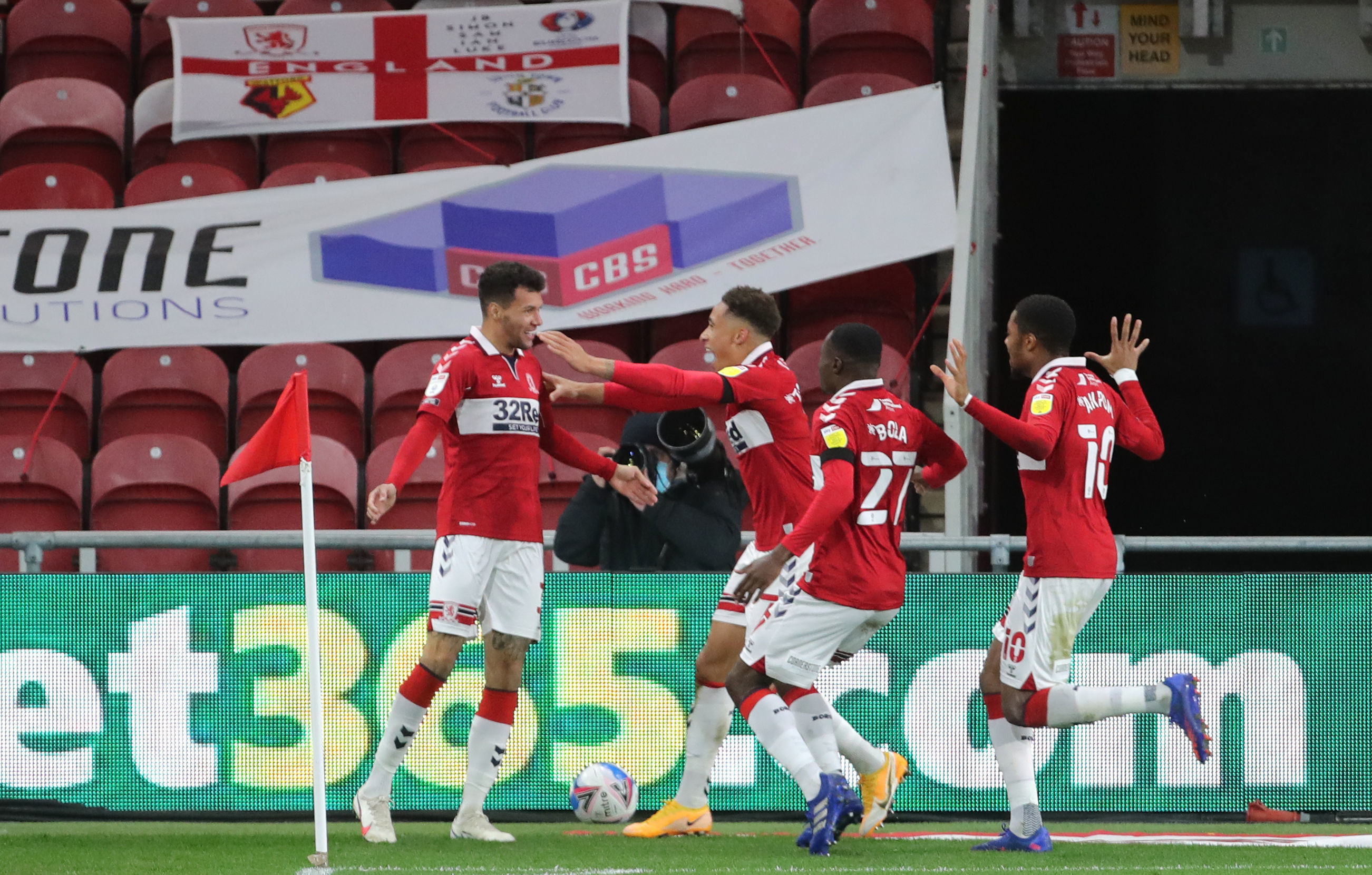 He had only been on the pitch a matter of seconds when he rifled home from a George Saville crossCredit: PA:Press Association

The Forest boss, who now has two crunch home games to fellow strugglers Coventry and Wycombe said: ““It’s a poor goal we conceded but defensively I’ve been happy.

“The only way to relieve that pressure is to take the lead and we haven’t been able to do that.

“When you are playing three games a week it’s wins that matter. We need to find that formula.”

Boro’s Britt Assombalonga missed the best chance of the first half as he fired straight at keeper Brice Samba after latching onto a back pass, with Marcus Tavernier blazing the rebound.

Boro’s Sam Morsy, already on a booking, was taken off before the break as Neil Warnock decided to ring the tactical changes early, replacing the unhappy midfielder with Djed Spence as he marched straight down the tunnel.

Hughton threw on striker Joe Lolley in place of Sammy Ameobi at the break and they came close to breaking the deadlock when Yates headed just wide off the far post after rising highest to meet a corner.

Lyle Taylor then came on as Forest chased a just a second win of the campaign, but it would be another sub who made the difference.

Johnson had only been on the pitch a matter of seconds after replacing wing-back Hayden Coulson when he pounced with a vicious drive at the back post to expertly meet George Saville’s cross from the right.

This was a fourth clean sheet in five for Boro and moved them fifth – with Nathan Wood, 18, enjoying an impressive full debut after coming in as replacement for the sick Dael Fry late on.

Boss Neil Warnock said: “Don’t get carried away. We are on a decent points tally and it’s nice to go to Blackburn on Tuesday with three points in the bag.