SunSport revealed earlier on Friday the England midfielder is poised for a £10million return in January following loan success with the Hammers last season.

Man Utd fringe midfielder Jesse Lingard posted this photo on Instagram, seemingly confirming he is set for a West Ham return in January 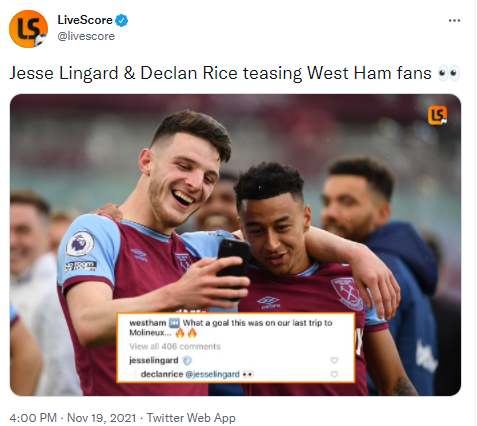 And Lingard, who will be 29 next month, put up an Instagram photo of himself celebrating two goals while in action for the Hammers.

West Ham main man Declan Rice then sent anticipation spiralling further – with a snap of the pair rejoicing Lingard’s wonder goal in a 3-2 win at Wolves in April.

Ahead of Saturday’s clash, Three Lions’ anchorman Rice wrote: “What a goal this was on our last trip to Molineux.”

Lingard has already begun making personal arrangements for the switch down south after ten years at Old Trafford.

The 32-cap star turned down a new United deal in early September and has barely figured in boss Ole Gunnar Solskjaer’s plans recently.

But in the second half of last term Lingard helped West Ham into Europe with nine goals and five assists in the Premier League.

That earned him an England recall – but also an £18million price tag that the Hammers regarded as too high.

Now, though, United are thought to be willing to offload Lingard in the next transfer window in a permanent move rather than another loan.

He feels aggrieved at starting so rarely despite impressing from the bench.

“Jesse has done well when he has played for us. He will get his chances.”

But now it appears Lingard wants action more than words. 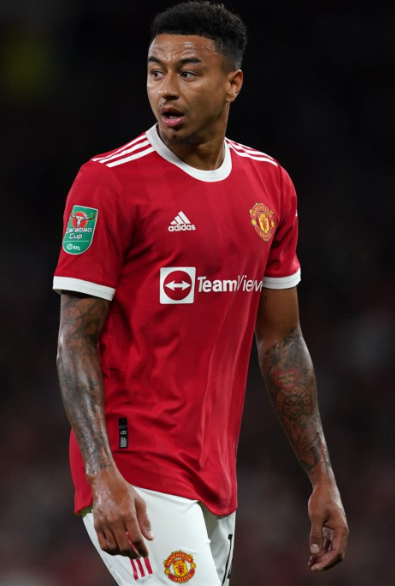