The Japan star’s glorious chip was among the goals that saw City lose their third WSL game in a row.

Yui Hasegawa and Dagny Brynjarsdottir were both on target for West Ham in their win over Man CityCredit: Getty 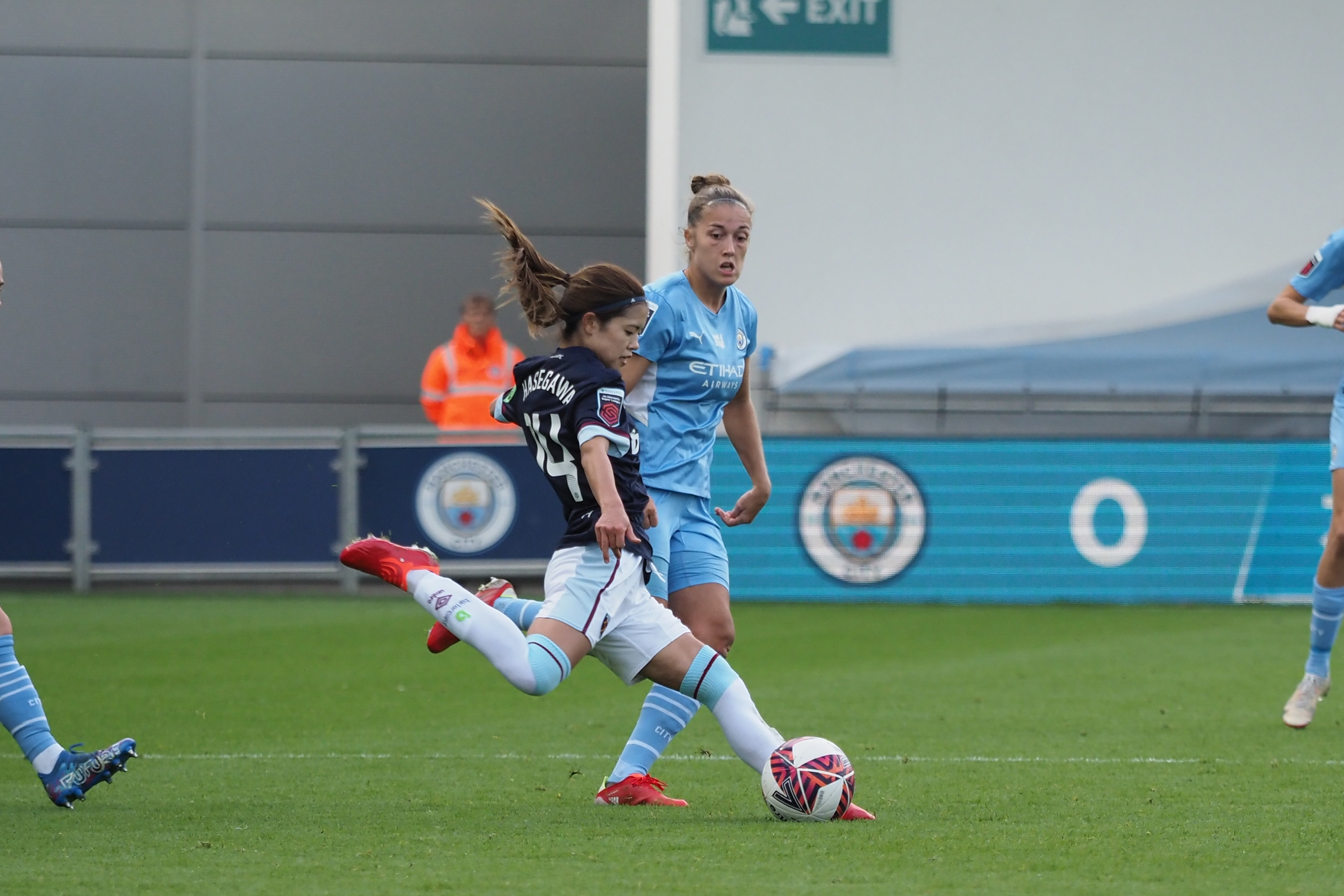 Hasegawa put the Irons 2-0 in front with a perfectly timed chipCredit: Zuma Press

It leaves the Citizens languishing fourth from bottom in the top-flight before their mammoth derby clash with Manchester United on Saturday.

“We have to take responsibility and finish our chances off.

“They had one chance in the first half and scored from it so that makes your job really difficult.

“I think I have proved I can bring a brand of football that is exciting to watch but is winning football. I still believe (this) massively.

“We are up against it. Everything seems to be going against us. We won’t get help from anywhere, we have to do it ourselves.”

City, eager to bounce back from the 5-0 drubbing they endured at Arsenal, went on the attack swiftly in the game’s opening moments.

And Taylor’s side had a chance to net in the fifth minute with a Lauren Hemp cross to Ellen White in the box before keeper Mackenzie Arnold snuffed out the danger.

The hosts burst forward moments later with Hemp once again darting down the left before her cross was cleared by Gilly Flaherty.

And Taylor’s side came close to getting an opener moments before the fifteenth minute with White almost connecting with Janine Beckie’s dangerous cross into the six-yard box.

With City dominating the ball West Ham’s attempts on goal were few and far between.

One occurred around the half-hour mark with Dagny Brynjarsdottir looking to capitalise on an erroneous City pass.

And the Iceland striker teed up Claudia Walker for a shot, but her effort failed to trouble keeper Karima Taieb.

But against the run of attacking play, the Irons eventually got off the mark close to half-time. 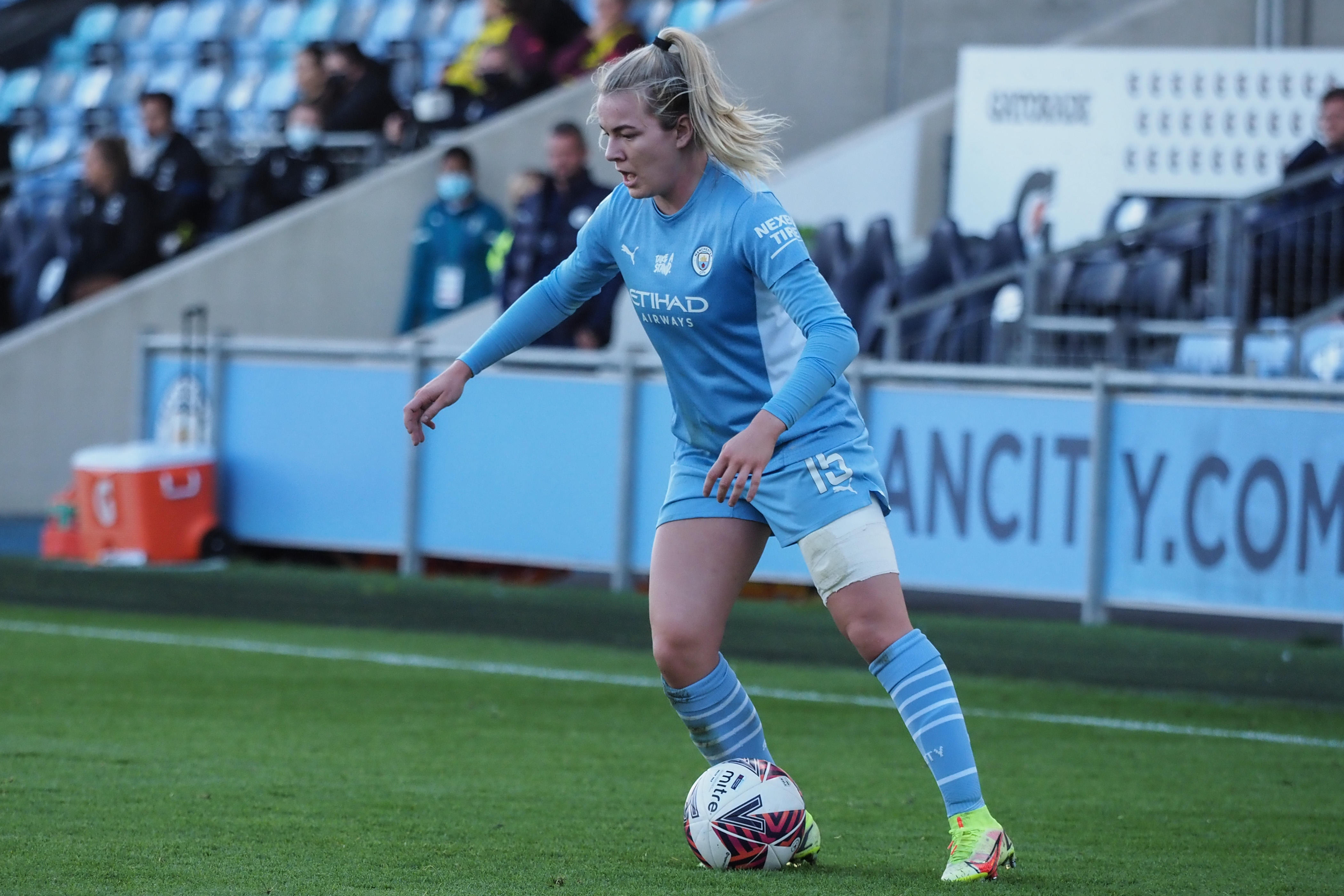 Lauren Hemp caused problems for the Irons down the left with a number of dangerous crossesCredit: Zuma Press

And it was Brynjarsdottir who put them ahead in the 38th minute nodding in the Irons’ first goal following a well-weighted pass from Hasegawa.

From then on West Ham weathered a wave of Man City attacks prompting some impressive goalkeeping from Arnold.

That included a save from a Jess Park shot from inside the box moments before the half-time whistle.

The hosts looked like they equalised with just under half an hour of normal time remaining after Ellen White buried a bottom corner shot.

However, the goal was later ruled out as offside. And City’s penalty shout for a handball by Hawa Cissoko resulted in a free-kick.

I thought the players dug deep today. It was a pleasing performance and good to come away with the win

After some diehard defending the visitors sealed the win with Hasegawa exploiting a Demi Stokes error to loft the ball over Taieb’s head from 40 yards out.

The result saw the Irons go fifth before their clash with Birmingham after nabbing their set of first back-to-back wins in the league since 2018. 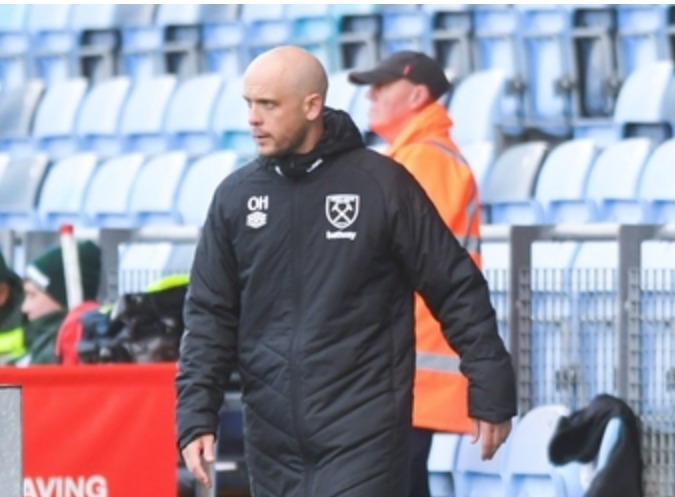 Olli Harder’s team are fifth in the table after two wins, one draw and one loss in the WSL

“City are a quality team, we knew that. We let them have the ball but pressed them high up the pitch when we could.

“It was a pleasing performance and good to come away with the win.”