JAMES MADDISON is back and surely cannot wait for 2021 to arrive.

The Leicester midfielder led a dominant first half spell and scored a spectacular goal as Brendan Rodgers’ side move into third place. 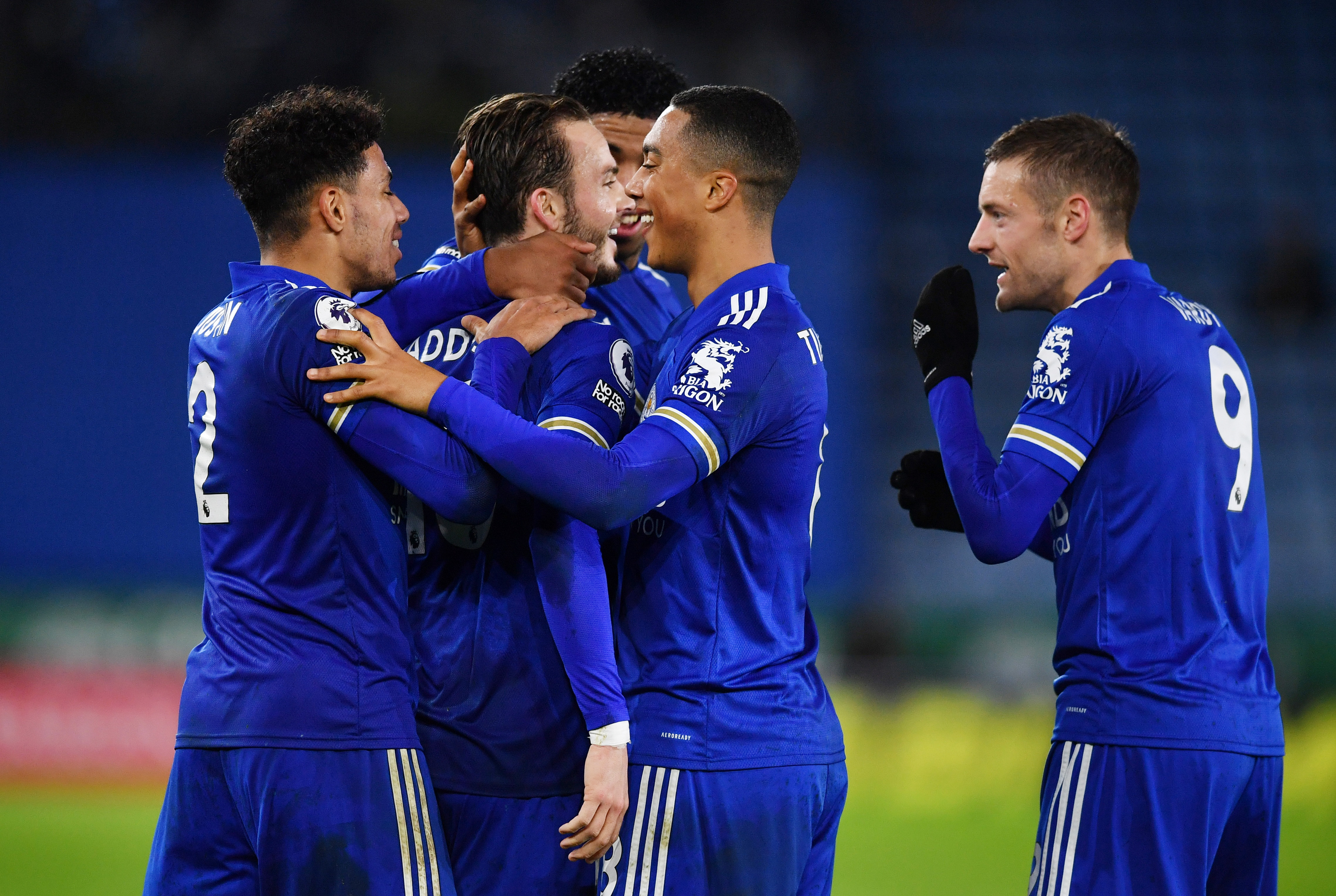 Maddison opened the scoring before Jamie Vardy added to his tally with a 12th goal of the season.

Then Maddison showed his with a brilliant strike to add Leicester’s third.

There was to be no storybook hat-trick for the 24 year old – two and half years after his last one for Norwich.

But Maddison will be happy with what he produced was he scored his first Premier League goal since netting at Manchester City in September.

The player has been gradually edging his way back into the picture and this impressive showed he is heading in the right direction again.

This year has not been good for a number of reasons, but Maddison will definitely want to see the back of it. 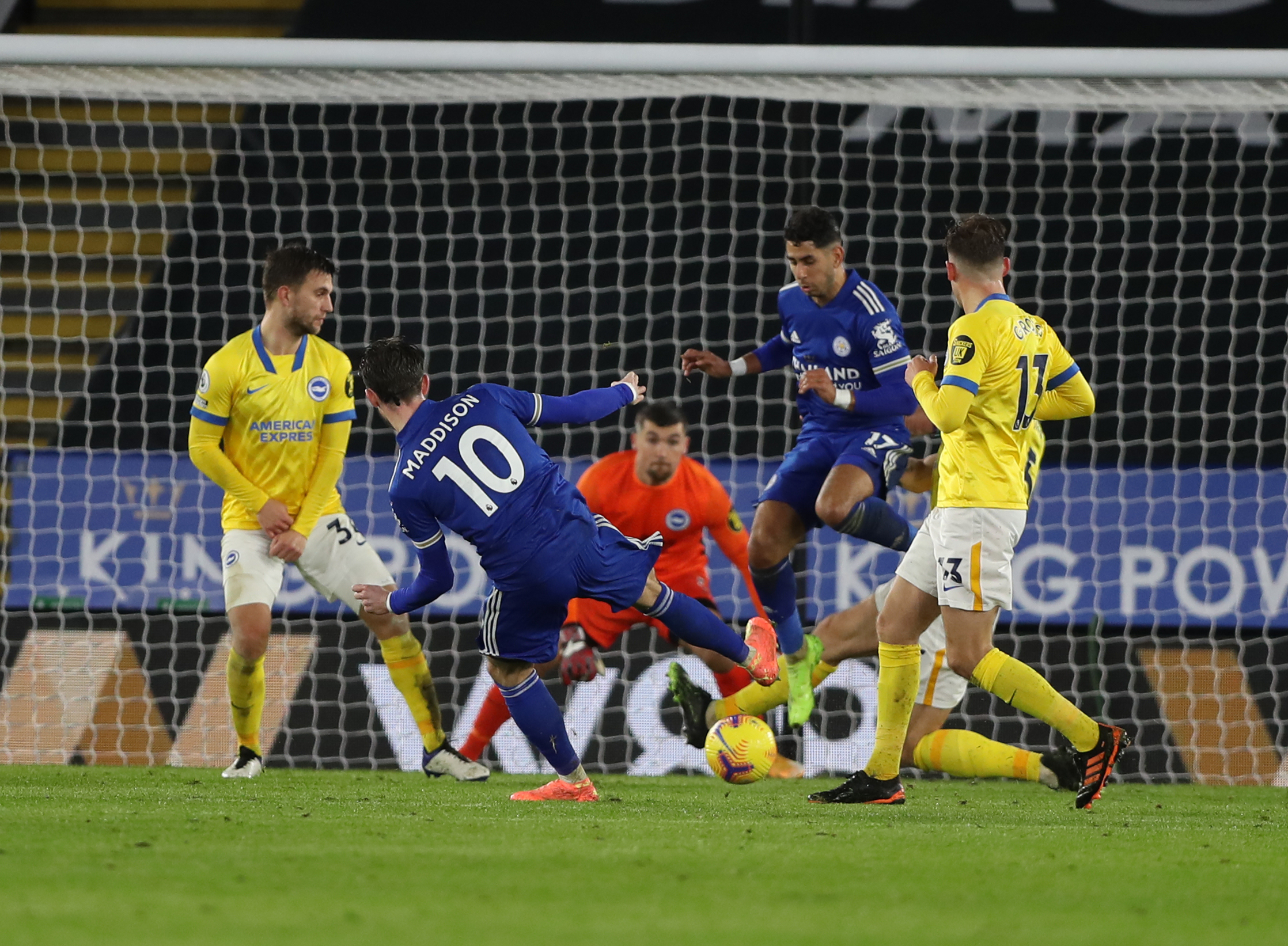 A series of injuries – including surgery on a hip injury – kept Maddison on the sidelines for too long.

Not only did it halt his Leicester progress but it also affected his England prospects as he had a number of setbacks.

Leicester’s Marc Albighton tested Brighton keeper Matt Ryan after only five minutes – but then Graham Potter’s side dominated for a short spell.

And keeper Kasper Schmeichel kept the scores level when he saved from Danny Wellbeck.

Brighton had the upper hand at this stage and it caused so much concern on the Foxes bench that Rodgers switched formation.

Leicester went from three to four at the back with his wing backs switching flanks – and it worked. 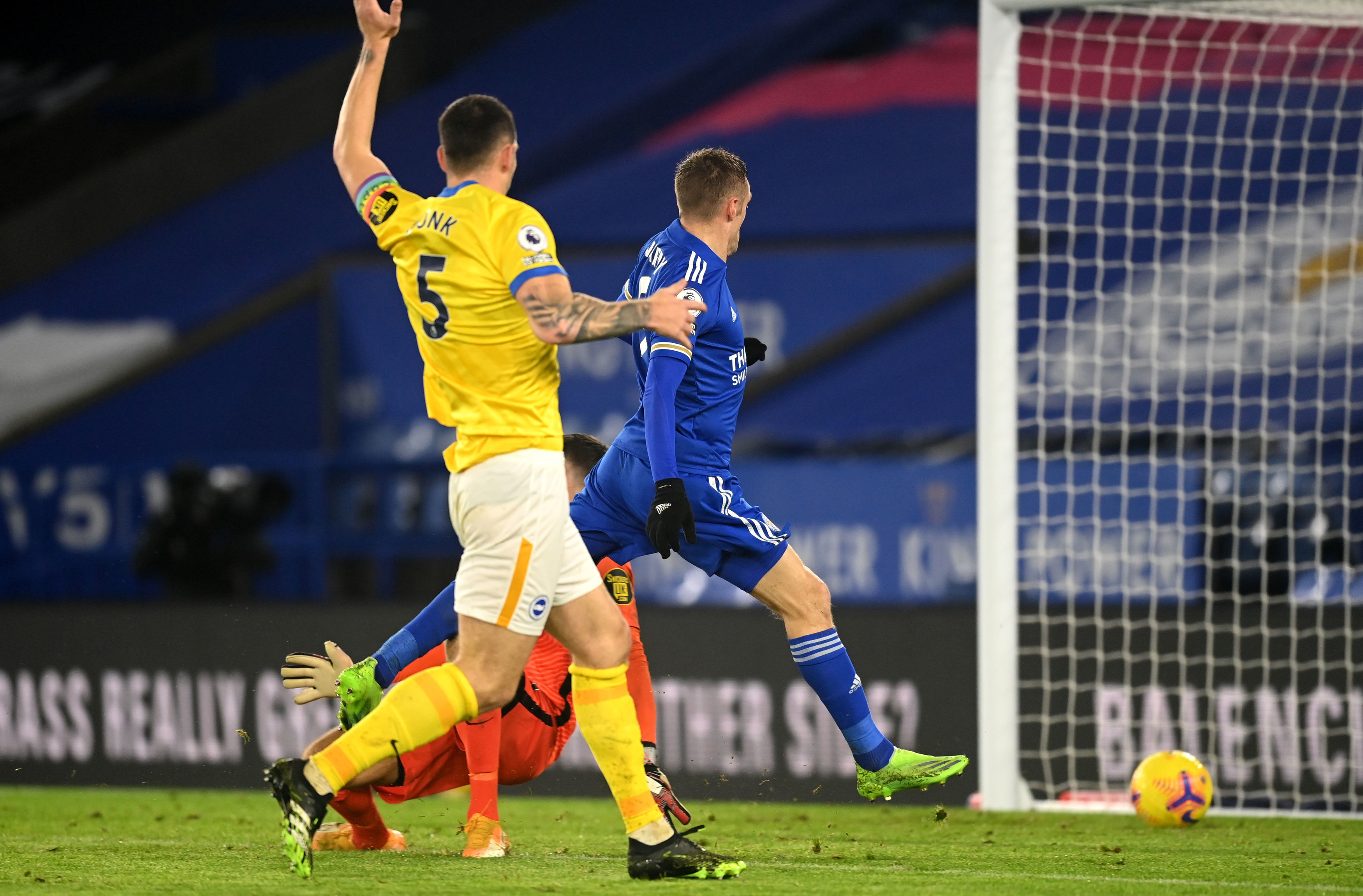 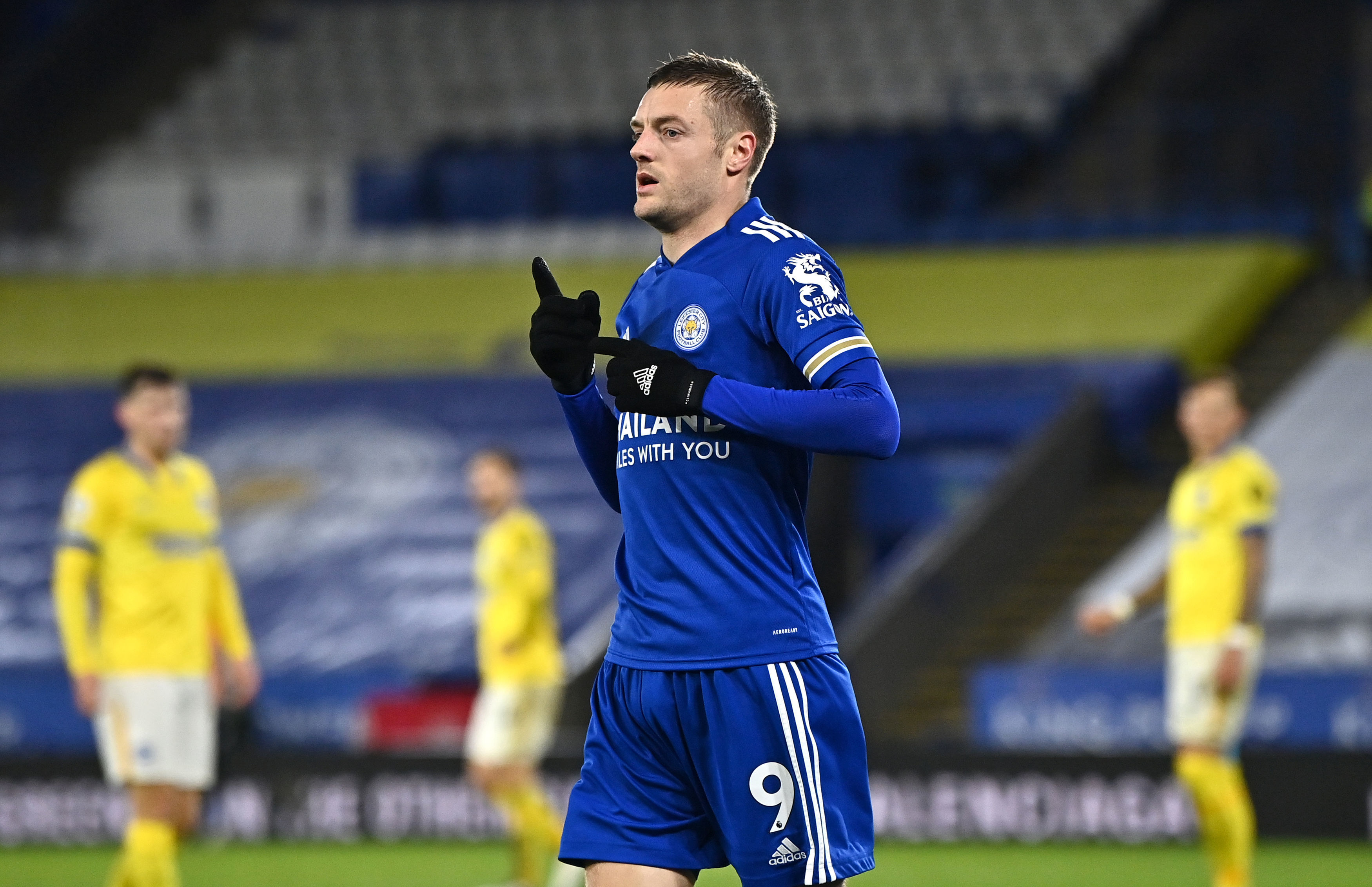 Leicester stepped it up and Vardy hit the outside of the post as he dashed onto a loose ball but the angle was even too tight for him.

But Leicester went ahed just a minute later when the impressive James Justin cross was only half cleared by Ben White and Maddison drilled the ball home.

Justin was involved again on the right when he found Ayoze Perez whose shot was inches wide of he far post.

And they went two up when Albrighton found Perez as the ball moved from one side of the pitch to the – and there was Justin again to feed Vardy who converted in front of goal. 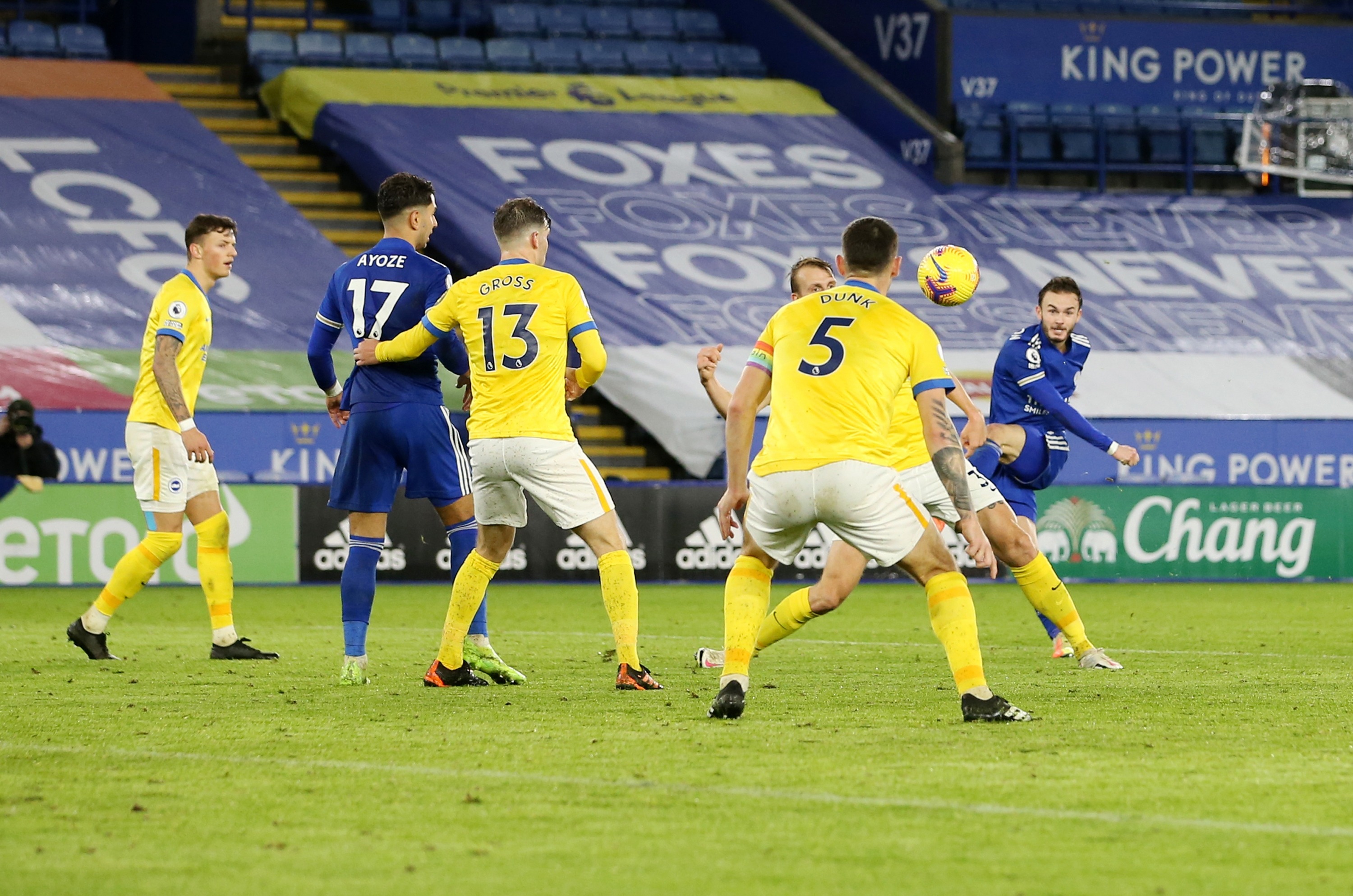 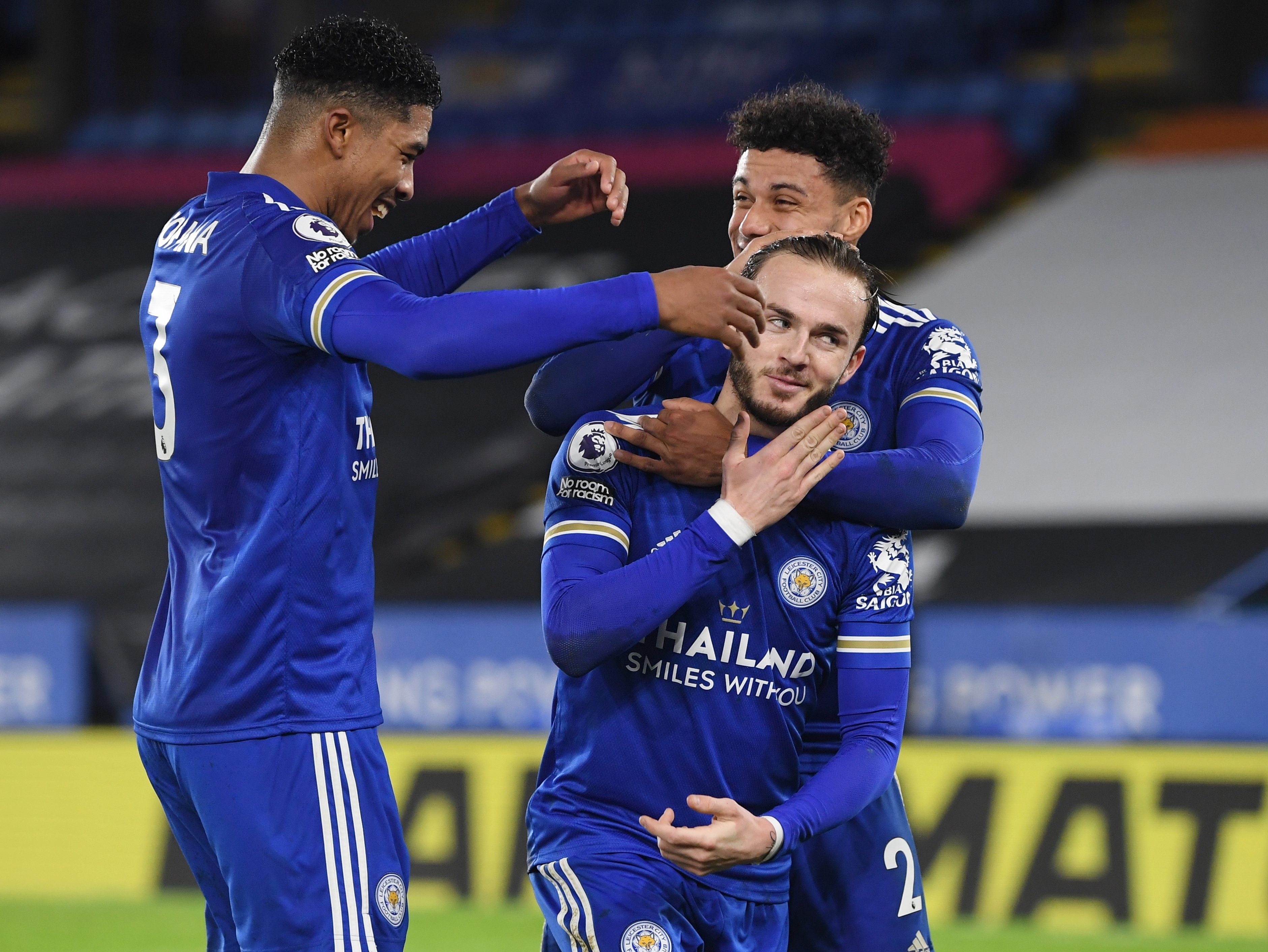 Maddison celebrates the Foxes’s third and his second Credit: EPA

There as an anxious wait for a VAR check but the goal was given and Foxes adde a third just before half-time.

And what a goal it was.

Perez and Vardy combined to lay the ball off for Maddison who left Brighton’s defence standing before picking his spot and curling a superb left foot shot into the top corner.

It signalled his first brace for Leicester as he made the most of the freer role he now had behind Vardy.

A devastating 17-minute spell stunned Brighton and meant it was effectively job done by half time.

But defender Christian Fuchs almost got in on the act with a fierce drive that Ryan did well to keep out.

Rodgers saw his side put their last league home display against Fulham behind them – and with Leicester also in the last 32 of the Europa League, the Foxes boss will be quietly optimistic going into the new year.

But it was lacklustre stuff from Brighton who showed encouraging signs early on, only to allow Leicester to take control.