JAMAL MUSIALA’s doubled helped Bayern bounce back from their Euro exit and stay on course for the German title.

The 18-year-old prospect scored twice in a 3-2 win at Wolfsburg that sent his team seven points clear. 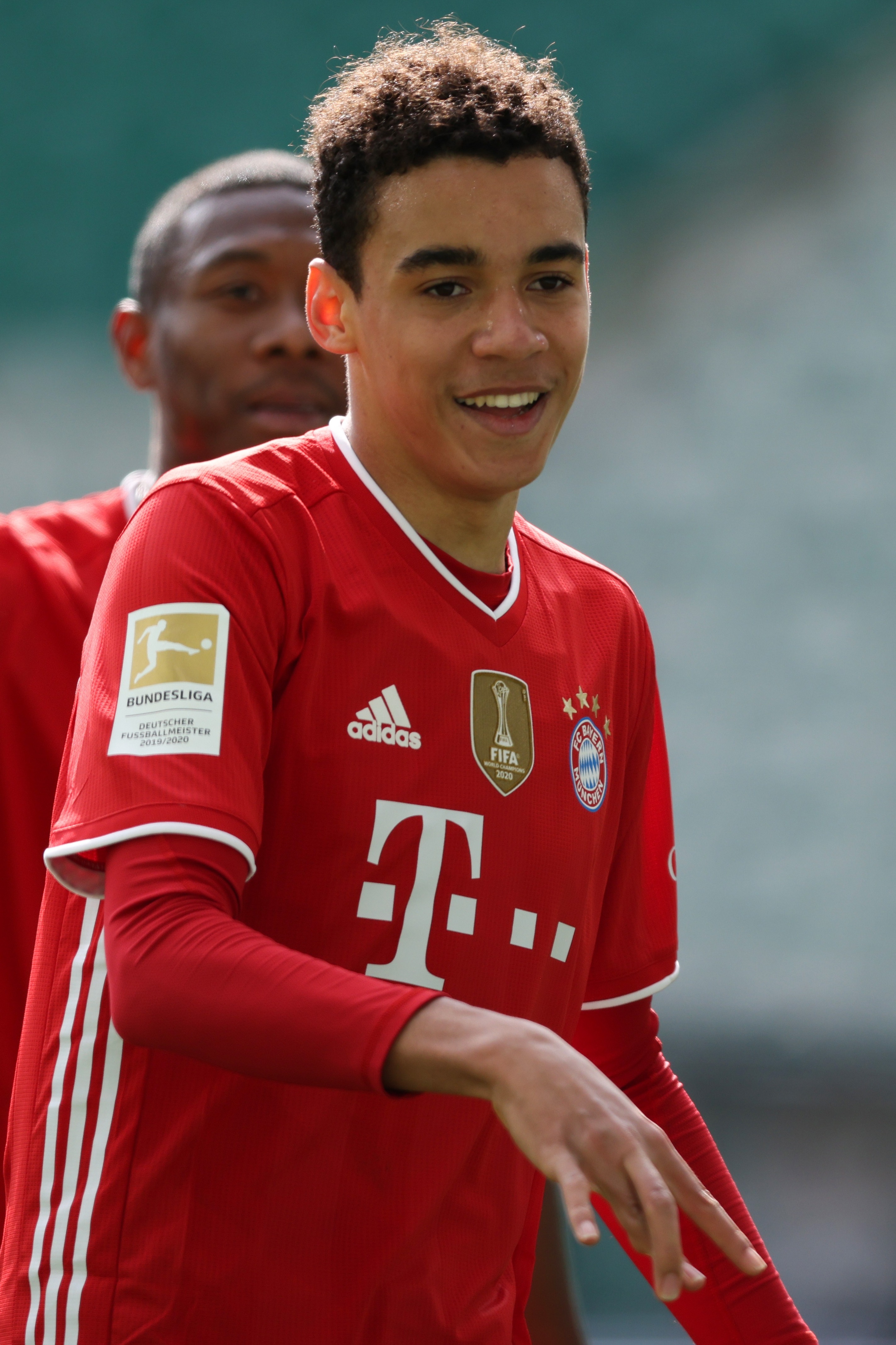 Jamal Musiala scored twice in a 3-2 win for Bayern on SaturdayCredit: Getty

How is Jamal Musiala this good already?

Two goals in a 3-2 win away to Wolfsburg, including this magnificent header 🤩

Bayern have another star on their hands… pic.twitter.com/wc2Fm2vmcn

Bayern were dumped out of the Champions League by PSG midweek but hold a commanding Bundesliga lead with just five games to play.

Boss Hansi Flick announced he will leave the Allianz Arena at the end of the season and looks set to do so with another Bundesliga title.

Musiala scored two goals and was involved in the other as Bayern pounced on second-placed Leipzig’s goalless draw with Hoffenheim on Friday night.

The 18-year-old Musiala opened the scoring in the 15th minute when he eluded three Wolfsburg defenders before squeezing his shot under goalkeeper Koen Casteels.

Musiala was again involved for Bayern’s second in the 24th when he played in David Alaba.

Casteels cut out the Austrian’s cross but dropped the ball right at the feet of Eric Maxim Choupo-Moting, who gratefully tapped it in.

Wout Weghorst pulled one back against the run of play in the 35th, but Thomas Muller crossed for Musiala to head in his second goal two minutes later. 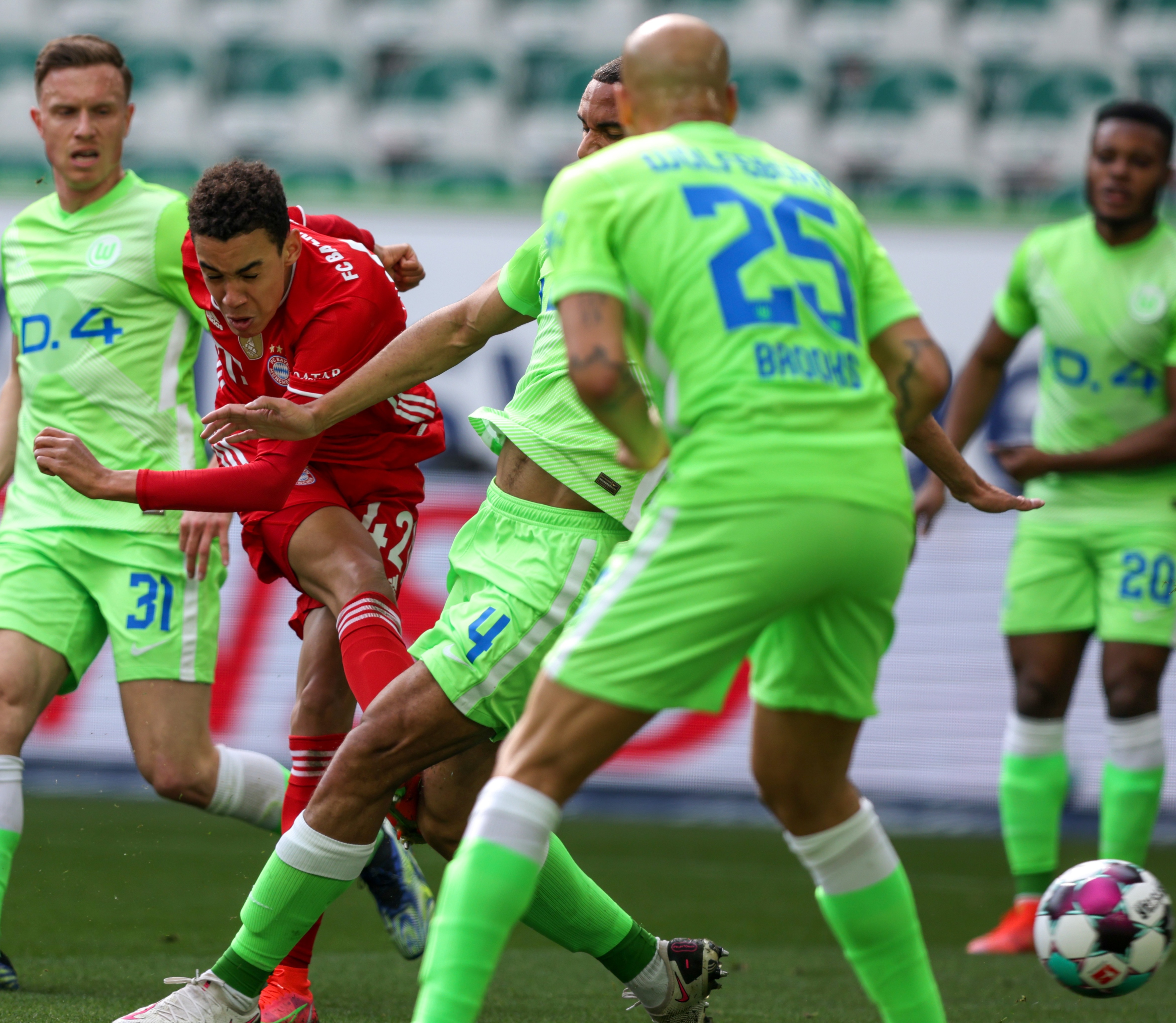 The 18-year-old scored twice in a 3-2 win over Wolfsburg that put Bayern seven points clearCredit: Getty 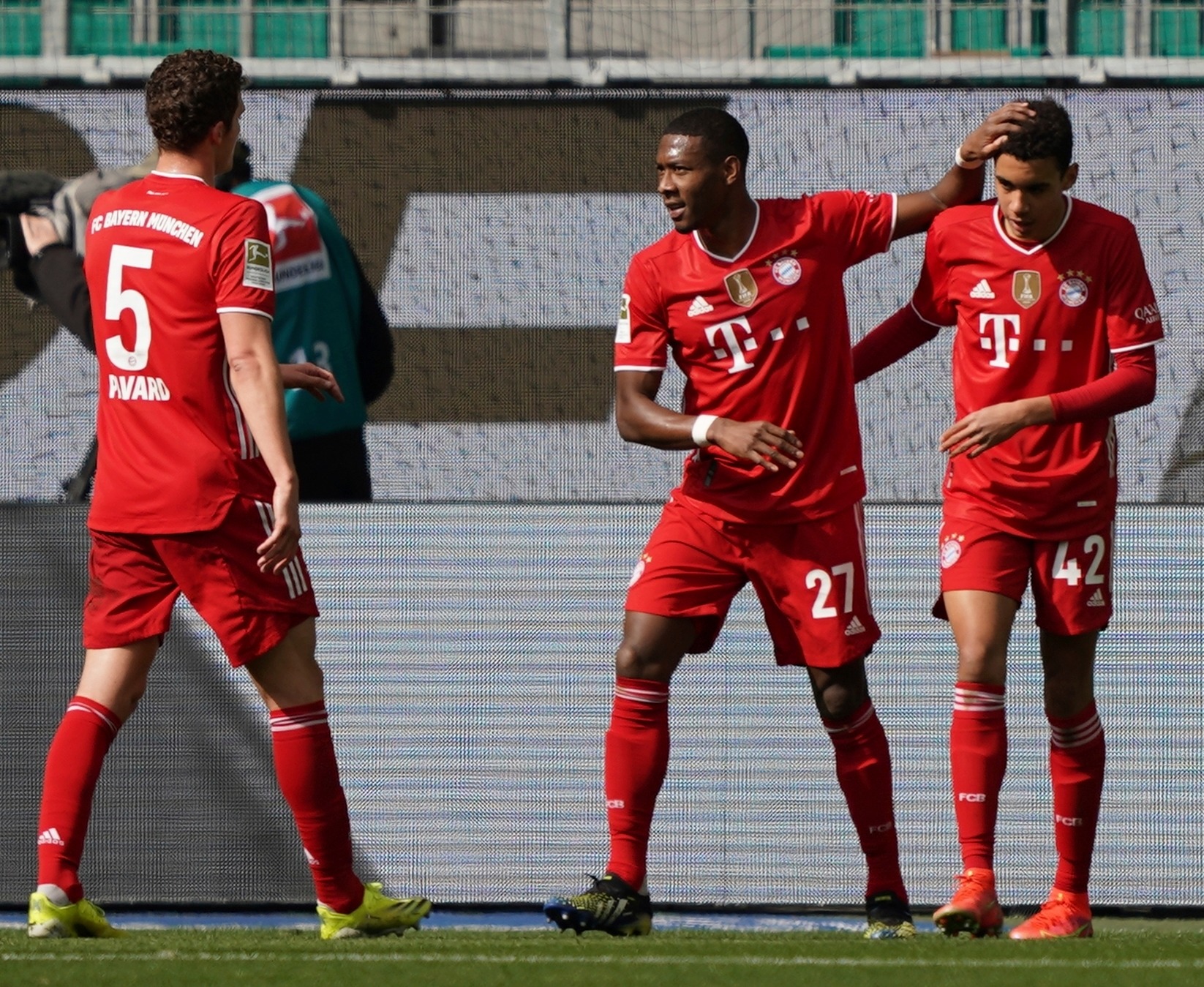 Bayern bounced back from their Champions League exit in styleCredit: AP

Wolfsburg coach Oliver Glasner was left dumbfounded, but his team regrouped after the break.

Bayern left too much room for Paulo Otavio to cross from the left for Maximilian Philipp to score in the 54th.

Jerome Roussillon missed another good chance for Wolfsburg as Bayern held on for the win.

It was Wolfsburg’s first defeat at home this season and they hadn’t conceded in any of their previous five home games.

Bayern, on track for a record-extending ninth straight league crown, are on 68 points, with RB Leipzig in second place on 61.

Wolfsburg held on to third spot on 54 points despite their defeat after Eintracht Frankfurt’s 4-0 loss to Borussia Monchengladbach that left them a point adrift in fourth.