JAMAL MUSIALA has put pen to paper on his first ever professional contract with Bayern Munich.

Musiala has been enjoying an impressive breakthrough season that has seen him net four goals in 28 appearances across all competitions with Bayern. 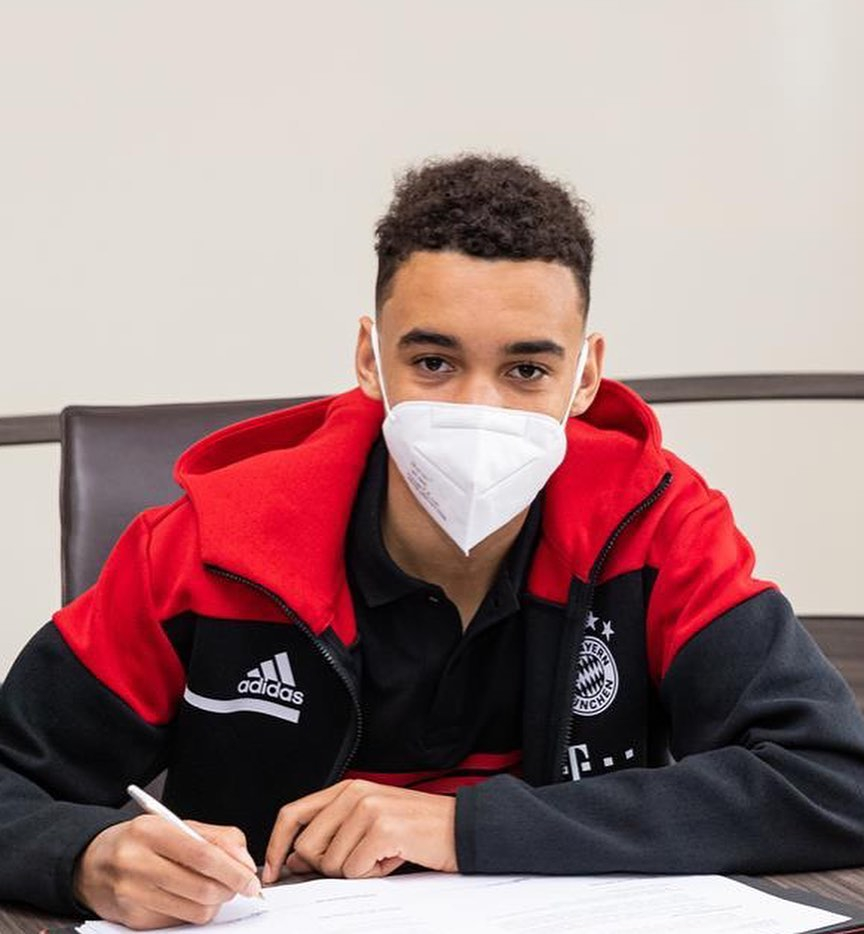 The attacking midfielder, who spent most of his childhood in England, became the club’s youngest ever footballer to play in the Bundesliga after featuring in June’s 3-1 win over Freiburg.

The 18-year-old also made history recently by establishing himself as Bayern‘s youngest ever goalscorer in the Champions League after his stunning finish in last week’s 4-1 thrashing of Lazio.

“I just feel very good at the club and in the team, I’m playing with the best players in the world and I can learn from them every day in training.

“[Manager] Hansi Flick, [sporting director] Hasan Salihamidzic and [chief scout] Marco Neppe along with the whole club have believed in me and given me the chance very early on.

“I just want to repay that faith with good performances, keep getting better and win a lot more titles with FC Bayern. My aim is to become an important player for this club.”

Musiala was born in Stuttgart to a German mother and British-Nigerian father with whom he moved to the UK when he was a child.

The youngster joined Chelsea‘s academy and was soon called up to England’s youth teams.

Bayern bought him from the Blues in 2019 and have since seen him climbing up the ranks thanks to a string of impressive performances that made him subject to an international tug-of-war between England and Germany.

After careful consideration, Musiala chose to represent Germany at international level but insists that there will always be room for both countries in his heart.