A FOOTBALL FAN invaded the pitch during England’s Euro 2020 final against Italy.

The man ran onto the playing surface during the second half and several stewards were needed to tackle him.

A fan ran onto the pitch during England’s game against ItalyCredit: Getty 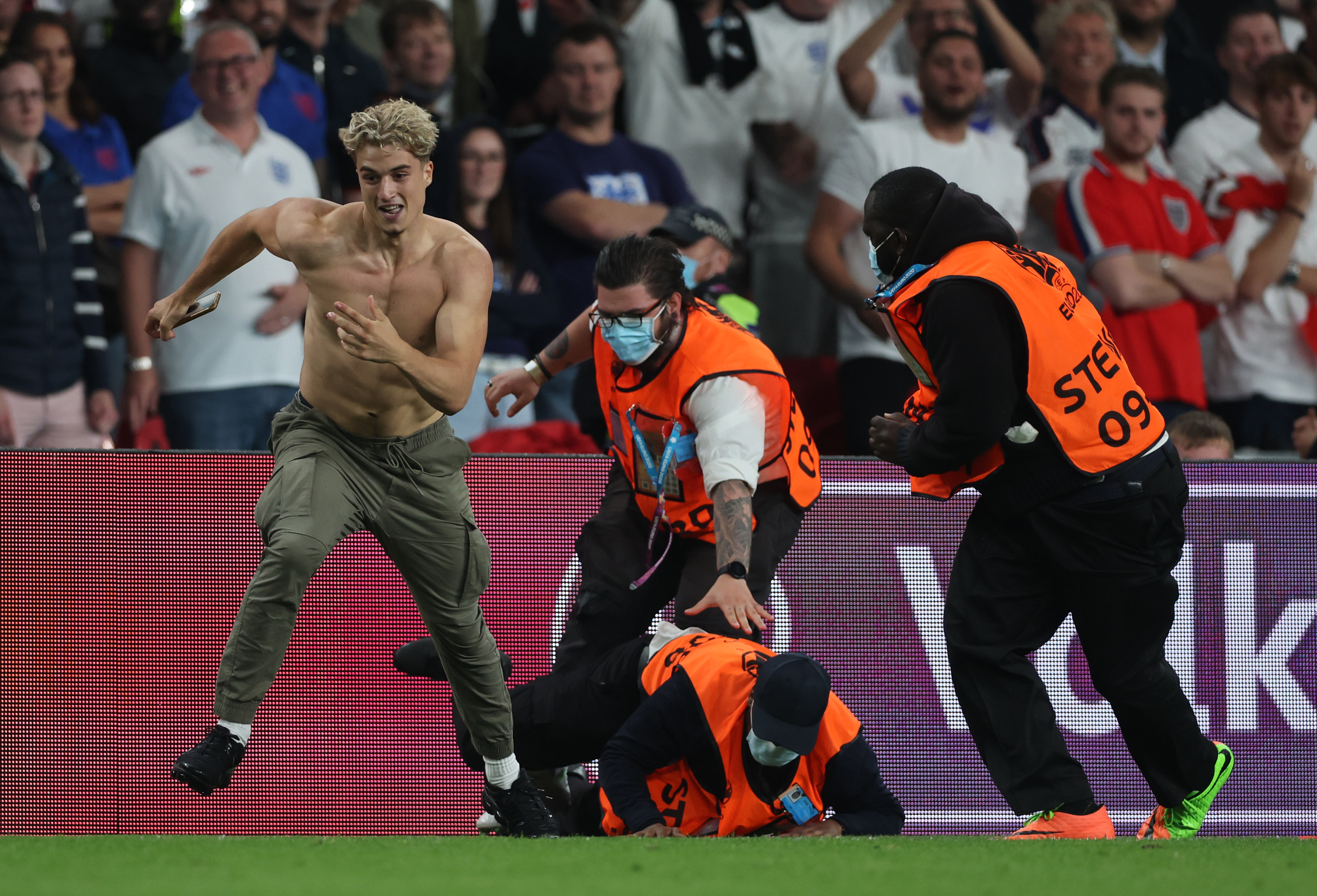 It took four stewards to stop the pitch invaderCredit: The Sun 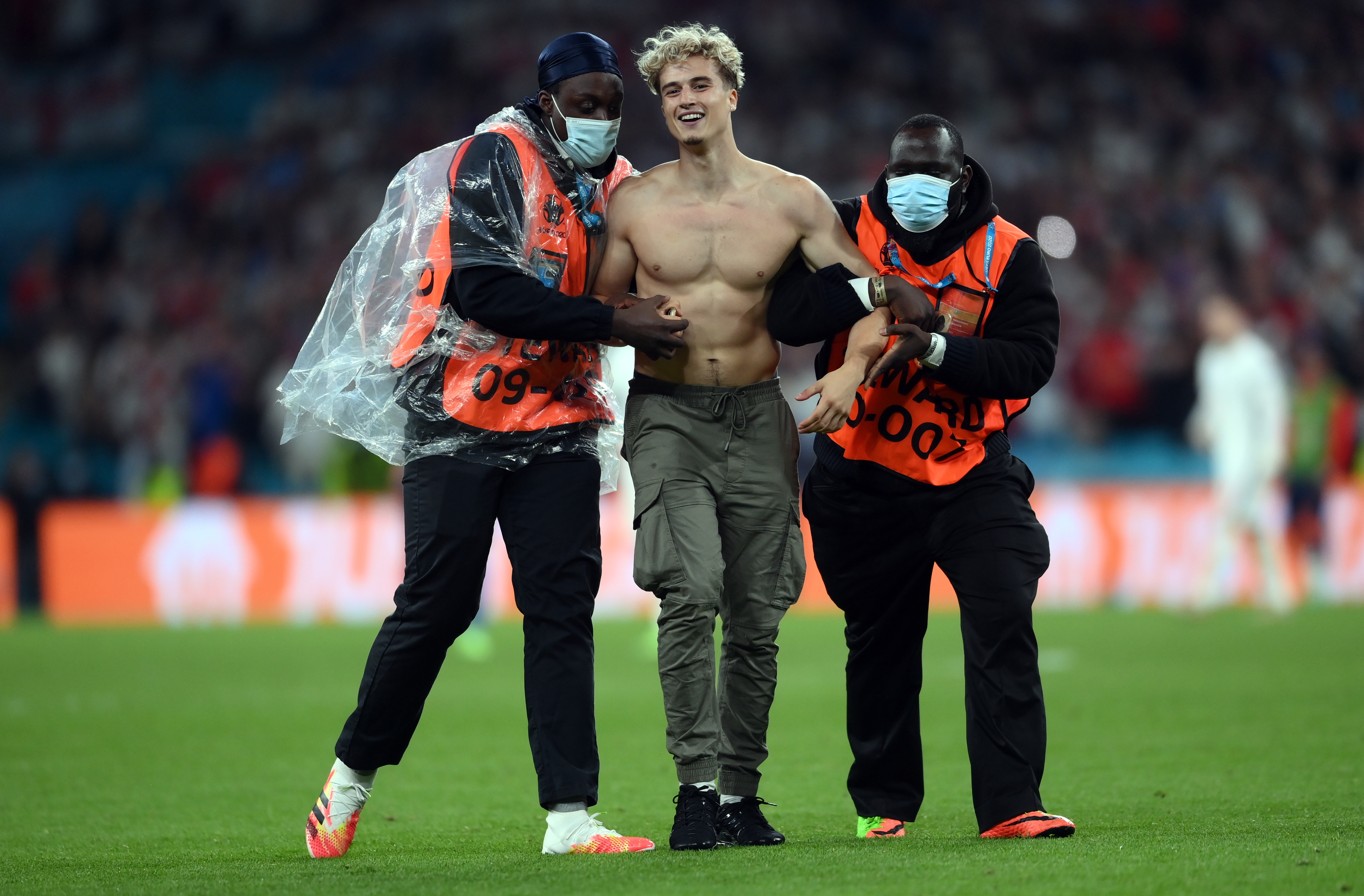 Many believe the man looks like YouTuber Jake PaulCredit: EPA

The supporter, believed to be an England fan due to his red top, jumped over the advertising hoardings with his shirt in hand.

Two stewards had followed the invader and appeared to have him cornered near the touchline.

But he managed to evade the duo before knocking a third steward to the ground.

One of the stewards then appeared to drag the fan to the floor – but he soon got back up.

A fourth steward then sprinted onto the surface – just yards away from Italy goalkeeper Gianluigi Donnarumma – and successfully stopped him.

The pitch invader is said to look like YouTuber and professional boxer Jake Paul, who is set to fight Tyron Woodley on August 28.

It’s been an interesting final at Wembley, with the remote control car that delivers the match ball making a popular return.

There was also a Scotland flag with the words ‘we’ll be back’ behind the goal when Leonardo Bonucci equalised.

And a brave Italy fan went to the game dressed as a slice of pepperoni PIZZA, pictured standing next to cartoon character Mario.

Italy went on to win the final in a penalty shootout 3-2 to win secure their second European title.

And Cristiano Ronaldo was also celebrating after winning the Golden Boot thanks to his five goals and one assist.