LEEDS moved into the top-ten of the Premier League table with a routine win over basement club Sheffield United.

Marcelo Bielsa’s side made a flying start as Aaron Ramsdale faced waves and waves of early pressure from the home side. 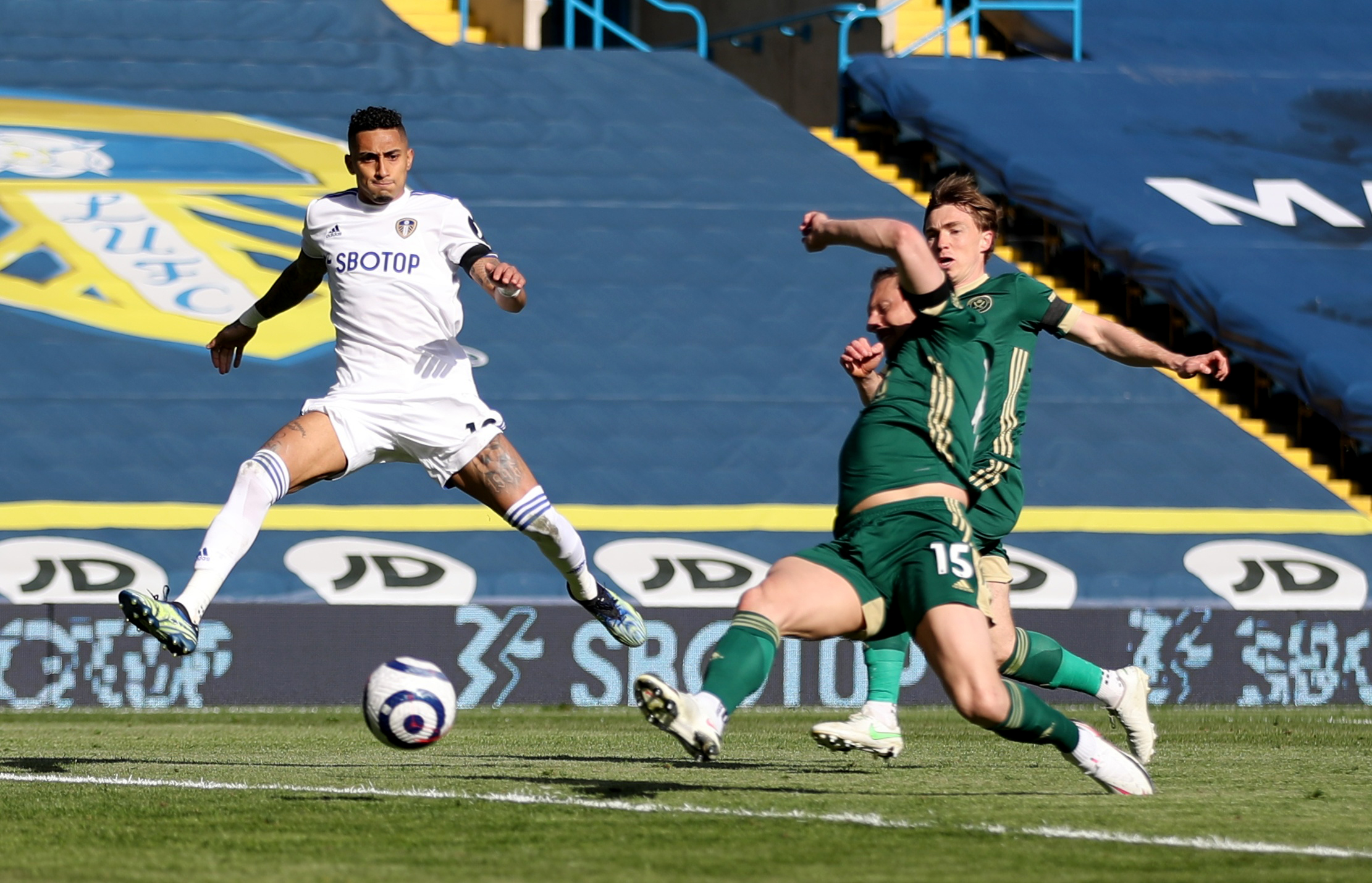 Phil Jagielka was the unfortunate culprit for the winning goal on SaturdayCredit: Reuters

Tyler Roberts won a free-kick on the edge of the box after less than 20 seconds that Raphinha curled over the bar.

Then Kalvin Phillips dispossessed John Lundstram in midfield and had a shot from distance that went wide, while Stuart Dallas also came close to opening the scoring.

They did make the breakthrough in the 12th minute when Jack Harrison had the simplest of finishes after Raphinha had tricked his way into the box and crossed for the on-loan Manchester City winger.

Raphinha saw his volley blocked while Harrison was denied a second after a good save from Ramsdale.

However, in the build-up to the chance George Baldock scythed down Roberts, which saw him escape a red card but he was concussed and subbed five minutes later.

It was all one-way traffic, so it was a blow to the home side when Sheffield United pulled level in first-half stoppage-time.

Oliver McBurnie’s initial shot was blocked and the ball fell for Ben Osborn who scored from close range.

The defender slid the ball into his own net while trying to clear Harrison’s dangerous cross into the box.

Dallas came closest to adding a third when he struck the post before later dragging another effort wide.

While at the other end, Jayden Bogle nearly levelled the score but was denied by Luke Ayling’s excellent block.