ENGLAND manager Gareth Southgate has hinted that Jadon Sancho will start against Andorra despite his rough stint at Manchester United.

Sancho has yet to register a single goal or assist since his £73million move to United from Borussia Dortmund and has yet to establish himself in Ole Gunnar Solskjaer’s line-up. 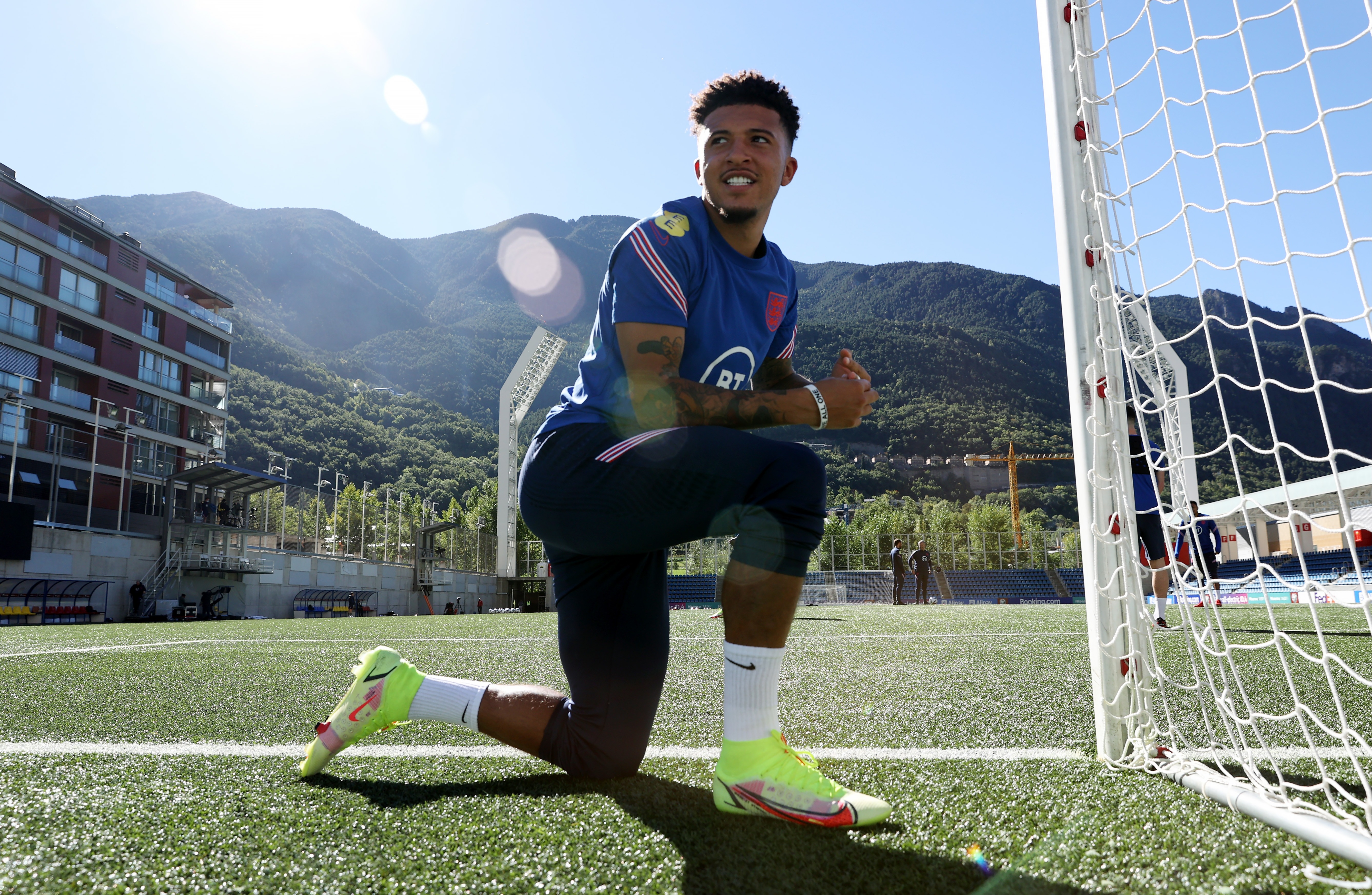 However, Southgate still has a lot of faith in the winger and believes that tonight’s World Cup qualifier at the Estadi Nacional d’Andorra will suit him perfectly.

The Three Lions boss claims the 21-year-old’s ability in “one-against-one situations” will pay dividends for the national team.

The 51-year-old head coach added that Sancho still needs time to adjust in the Premier League as it is a much more challenging competition than the Bundesliga, where he spent the last four years.

Southgate said: “We will need players who are good in one-against-one situations and able to take their opponents out of the game.

“We will also need players who can get in between the lines and manipulate things.

“Jadon has all of those attributes. Part of the challenge for him is adapting to a massive change — in style, league, expectation.

“In the League the intensity of every game is so different. At Dortmund, they are a big club and they have lots of games they win comfortably.

“But early on he has had games against teams like Wolves in the bottom third at the time, but their intensity will have surprised him.”

Southgate is expected to field a rather rotated side against Andorra and that is why Atletico Madrid star Kieran Trippier will wear the captain’s armband.

That means Tottenham superstar Harry Kane and Liverpool skipper Jordan Henderson will start on the bench.