The Aston Villa star, 25, made his full tournament debut as England beat Czech Republic 1-0 at Wembley on Tuesday night – and played a crucial part as he set up the winning goal.

Jack Grealish started his first game of the Euros at Wembley against Czech RepublicCredit: PA

And former England right-back Neville reckons the maverick playmaker can help take the Three Lions all the way – with a solid defensive block behind him.

Speaking on ITV, Neville said: “Gareth Southgate has got to think how to win this tournament and outplay Spain, Belgium, France.

“It’s sensible to think we can win it a different way.

“Jack wins free-kicks and penalties which England were good at last time [at 2018 World Cup].

“We need six at the back to keep the clean sheets and the four in attack to go and win the games.”

Neville added: “He’s a player within any game to take responsibility and has the desire to get on the ball.

“Honestly I think he has the country in his hands.

“That mischievious smile, he believes in himself.

“He could [set] this tournament alight for England.”

Grealish sat down with ITV prior to the game and described starting for the Three Lions as the ‘one of the best moments’ of his career.

He said: “I always want to be on the pitch. I love that expectation, I thrive off it.

“I like to entertain fans, I loved watching Gazza.

“My YouTube searches at home are of him. He reminds me of myself, he loved a football at his feet. 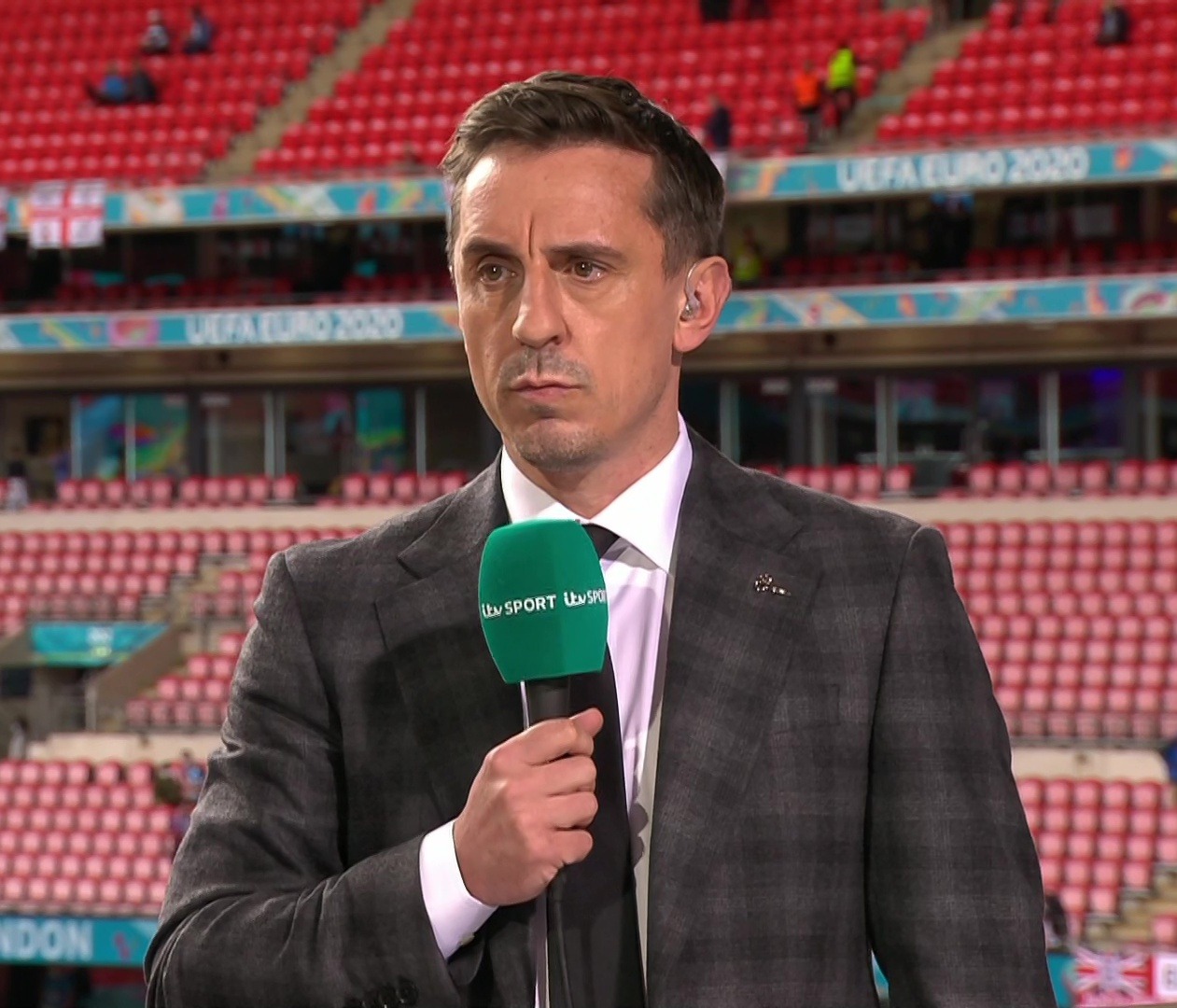 Gary Neville has high hopes for the Aston Villa captain to make his markCredit: ITV

After some good play down the right by fellow new boy Bukayo Saka, the ball feel to Grealish, who glided past his defender and stood up a cross for Sterling to head home.

However, topping the group means the Three Lions now face a potential horror clash in the last-16, with France, Germany or Portugal all potential opponents.