RALF RANGNICK INSISTS the Old Trafford crowd will get behind Harry Maguire after he was booed by England fans in midweek.

The Manchester United captain also got stick the last time out at home for the Red Devils when his substitution was cheered against Atletico Madrid.

Harry Maguire was booed by England supporters on Tuesday at WembleyCredit: Rex 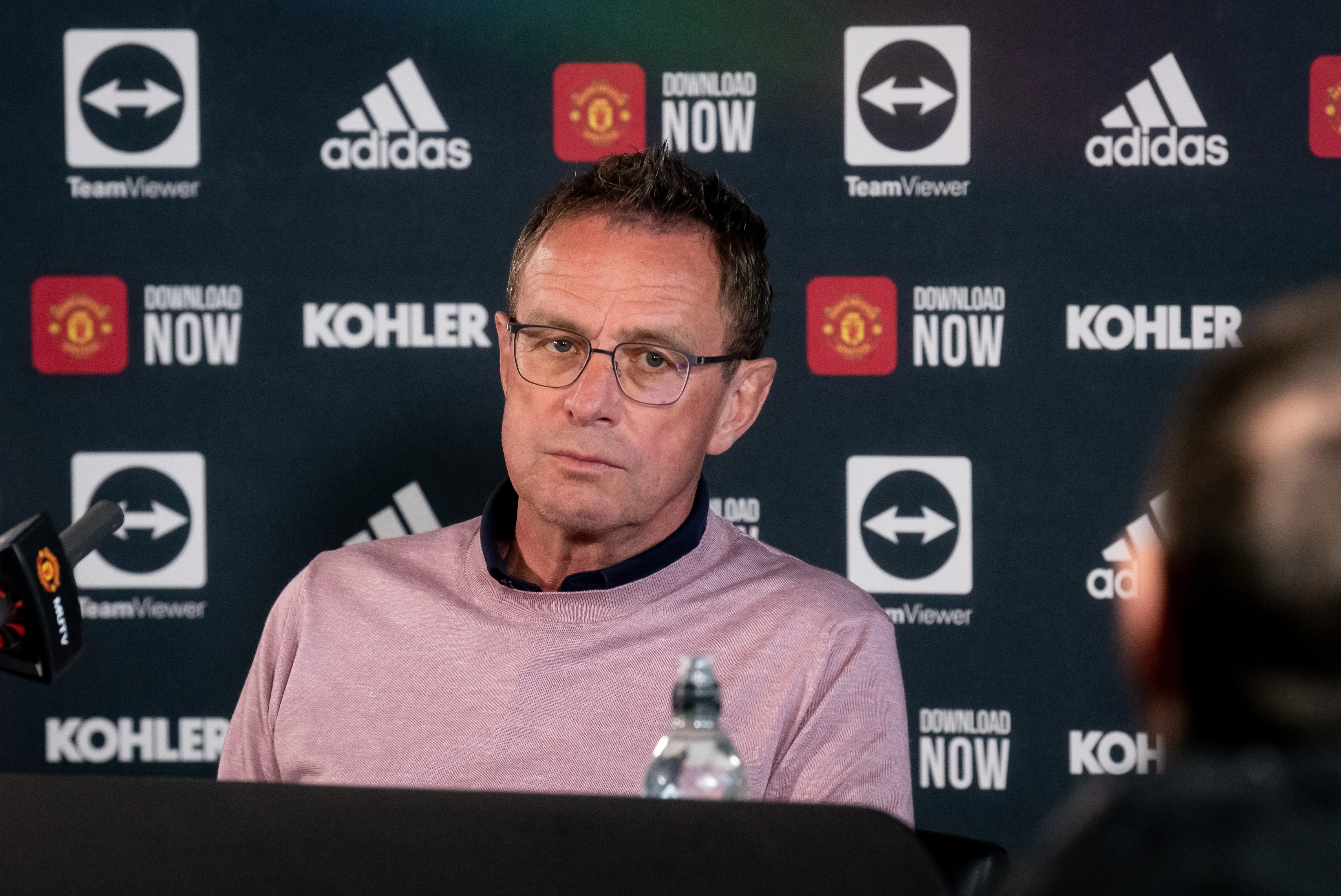 Ralf Rangnick insists that will United fans will not follow suitCredit: Getty

But as Maguire prepares to lead the team out against Leicester City this weekend, interim boss Rangnick is positive he will get the backing he needs.

Rangnick said: “Harry has been a very valuable player for the team and the club as the captain.

“I didn’t understand what happened at Wembley, it won’t happen in our stadium with the Red Army.

“He’s been playing well for Manchester United and England in the last couple of years.

“For it to happen in an international game is unusual but I’m sure it won’t happen in our stadium.”

Rangnick fears that any negativity towards the United players on social media or in the stadium is due to the high standards the club has set in the past.

Midfielders Fred and Scott McTominay are two more to have attracted negative comments from fans and pundits.

Rangnick said: “I don’t think this is a personal thing, it hasn’t anything to do with Harry himself.

“We know there are one or two players who have been criticised in the last few months, for example, Fred, who is a very important player for this team, playing regularly for us and Brazil.

“Maybe it’s still got to do with the high expectations around this club and people tend to compare with former players and legends. “But Fred, Scotty and Harry are important players and players with the right attitude.”

Another player Rangnick is delighted with is Bruno Fernandes who has now signed a new five-year contract with the club.

He said: “I think that’s very good news for the club, for the fans, the supporters, also for Bruno to know he will be here for the next five years I suppose.

“There is no doubt he is a very important player for this club and this team. That’s great news.

“I already congratulated him yesterday after his return from the World Cup Qualifier.

“He played very well, scored the most important goals to qualify.”

Rangnick also addressed Pogba’s comments during the international break in which he complained about being played in different positions recently for United.

He said: “I heard he said he had played in different positions in the last couple of weeks.

“But since the game against West Ham we have lost three strikers. Also against Tottenham Bruno was out.

“So you need someone who can play in different roles and Paul is flexible.”

Rangnick confirmed that Edinson Cavani will be out for three weeks suffering a calf injury on international duty.