MANCHESTER UNITED may not be having the best of times on the pitch, but they’re living the high life off it.

On Tuesday night, Ole Gunnar Solskjaer was once again indebted to Cristiano Ronaldo. 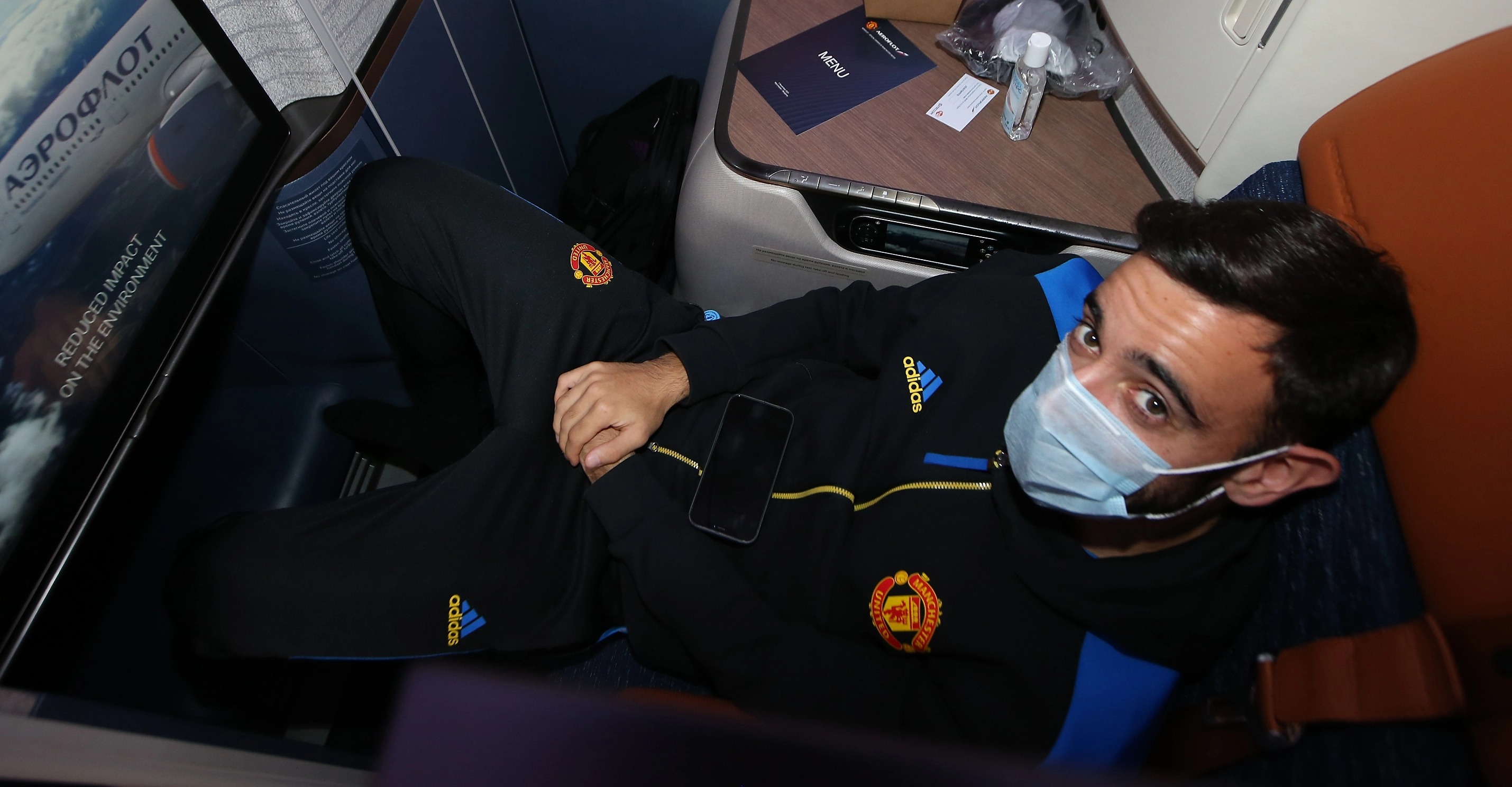 Bruno Fernandes made full use of the legroom as he slumped deep into his seatCredit: Getty 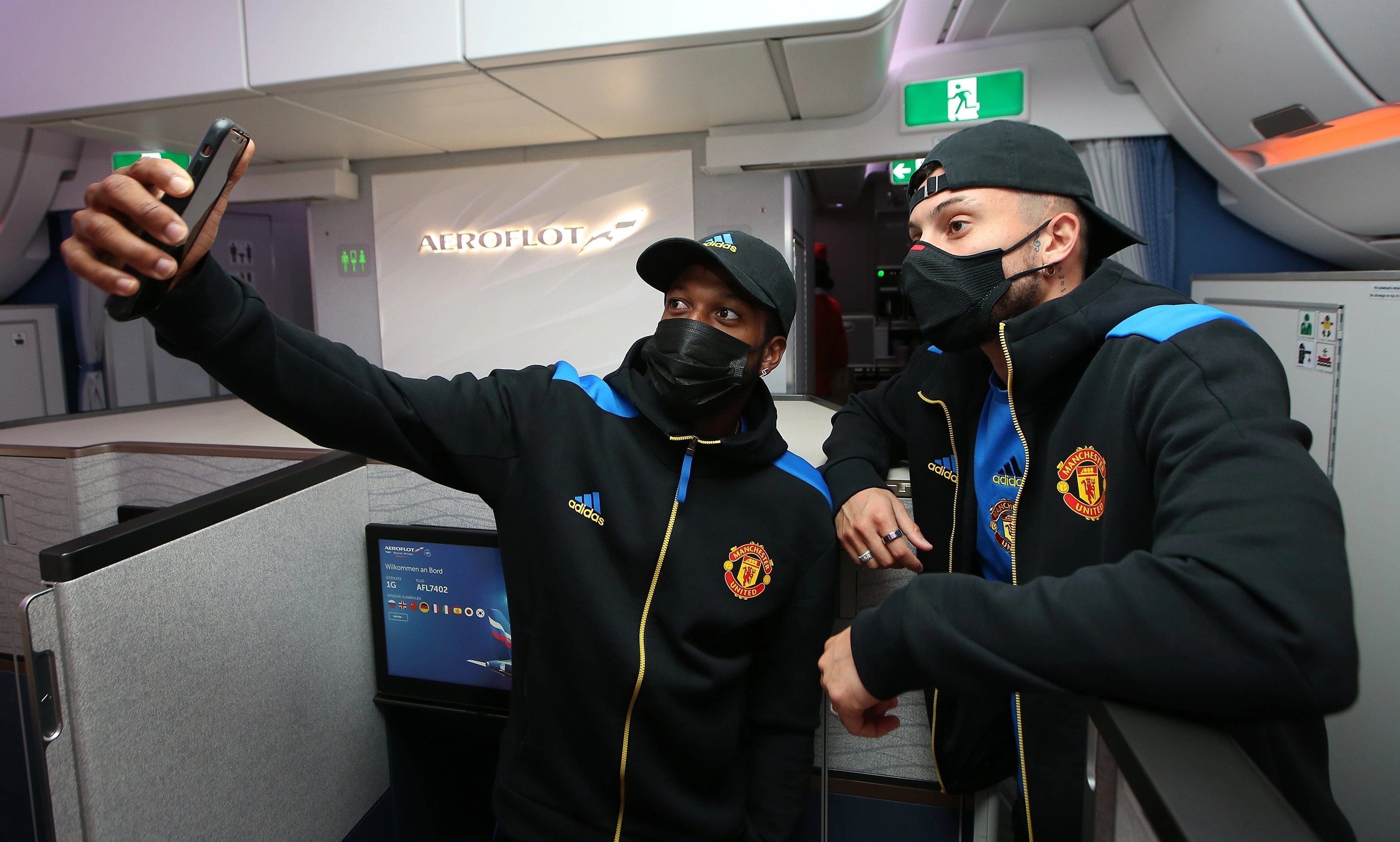 Brazil duo Fred and Alex Telles posed for a selfie aboard the luxury Aeroflot jetCredit: Getty 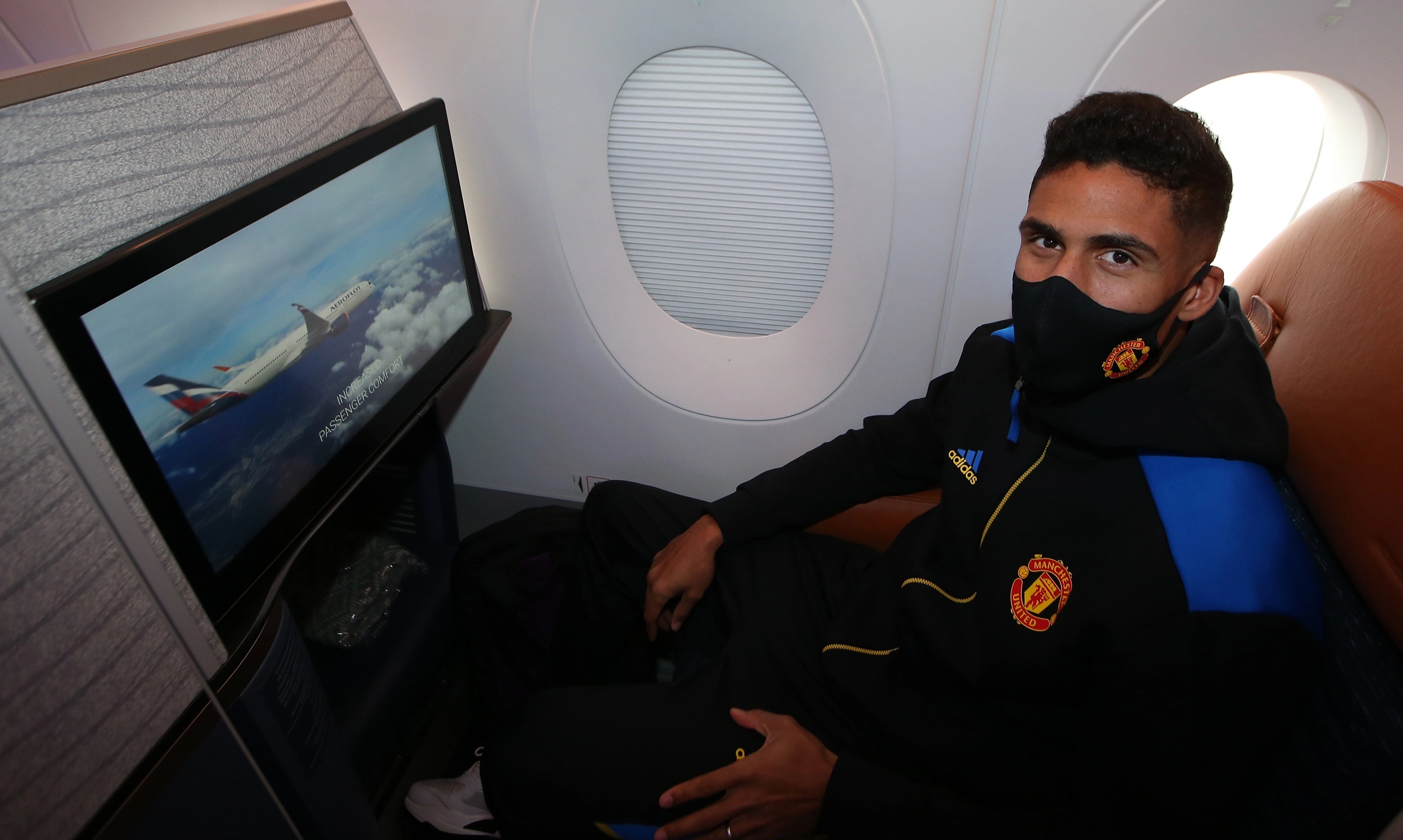 Varane posed for a photo in front of his massive personal TV ahead of the game at AtalantaCredit: Getty

The Portuguese legend, 36, scored twice for United – including an added-time equaliser – during the 2-2 draw with Atalanta.

The Red Devils were largely played off the park and were once again bailed out of jail by two moments of magic from Ronaldo.

Man Utd have endured a torrid season, struggling to play with any fluency and with Solskjaer under mounting pressure – particularly after the 5-0 hammering at home to arch-rivals Liverpool.

But while United may be struggling on the pitch, they’re living the high life off it.

In fact, the Old Trafford squad enjoy luxurious trips on their own private plane for Champions League away days.

United are in Group F along with Villarreal (Spain), Atalanta (Italy) and Young Boys (Switzerland).

But the players would surely have liked a few longer flights thanks to their stunning transportation for European away days.

Every seat on the plane comes with a massive flat screen TV, comfy chairs with plenty of legroom and even a side-table.

United players were snapped beaming from ear-to-ear on the way out to Bergamo for the game with Atalanta aboard the Aeroflot plane.

Paul Pogba, Edinson Cavani and Nemanja Matic all posed for selfies on the glitzy aeroplane, along with Brazilian pals Fred and Alex Telles.

Bruno Fernandes slumped deep into his seat to relax ahead of the two-hour flight, as Raphael Varane and Dean Henderson also grinned as they took full advantage of the ample legroom.

Those smiles would have been somewhat lessened on the way home after dropping two more points in their quest to make it to the Champions League last 16. 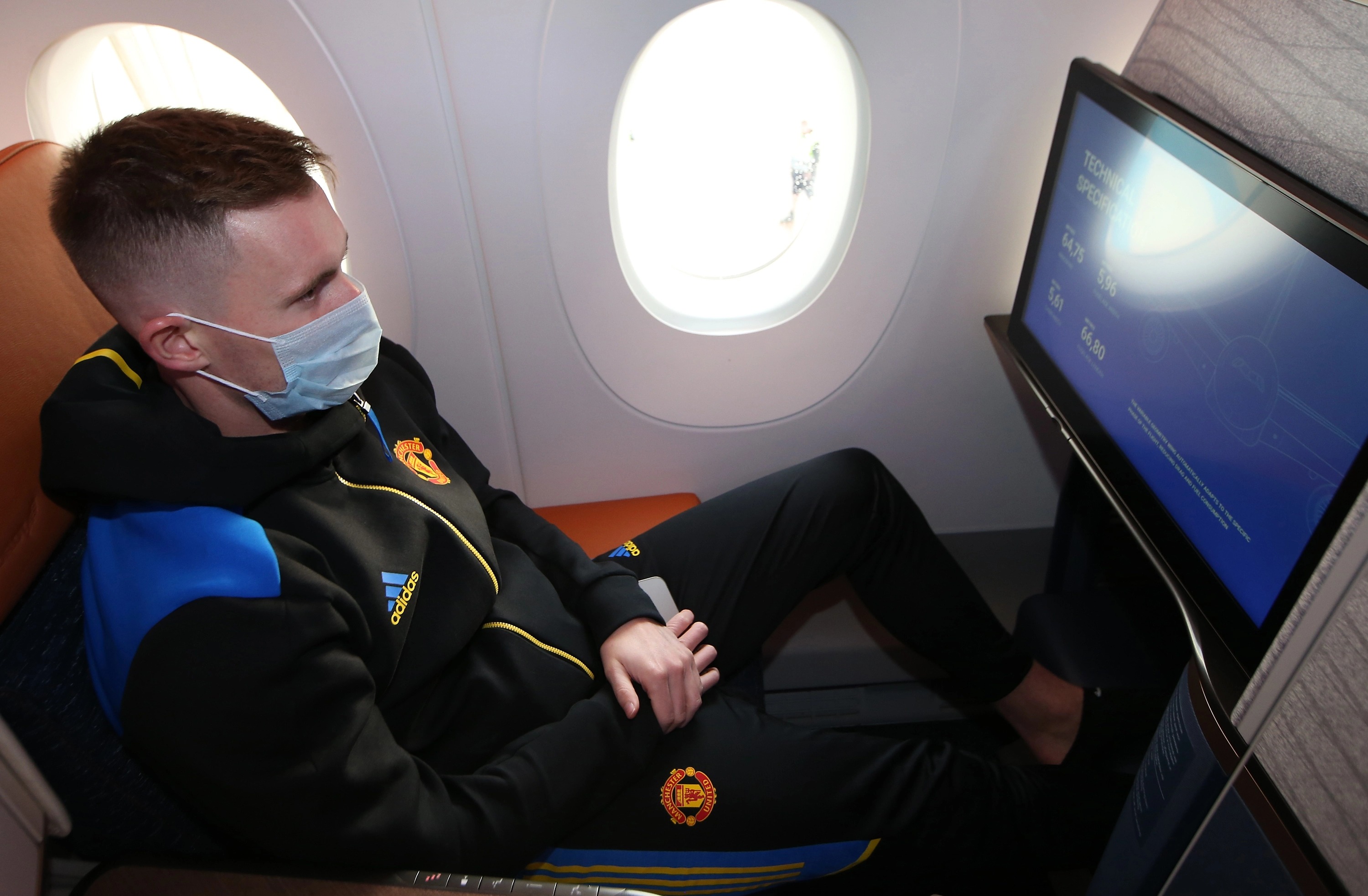 Dean Henderson was engrossed in the flight details between Manchester and BergamoCredit: Getty 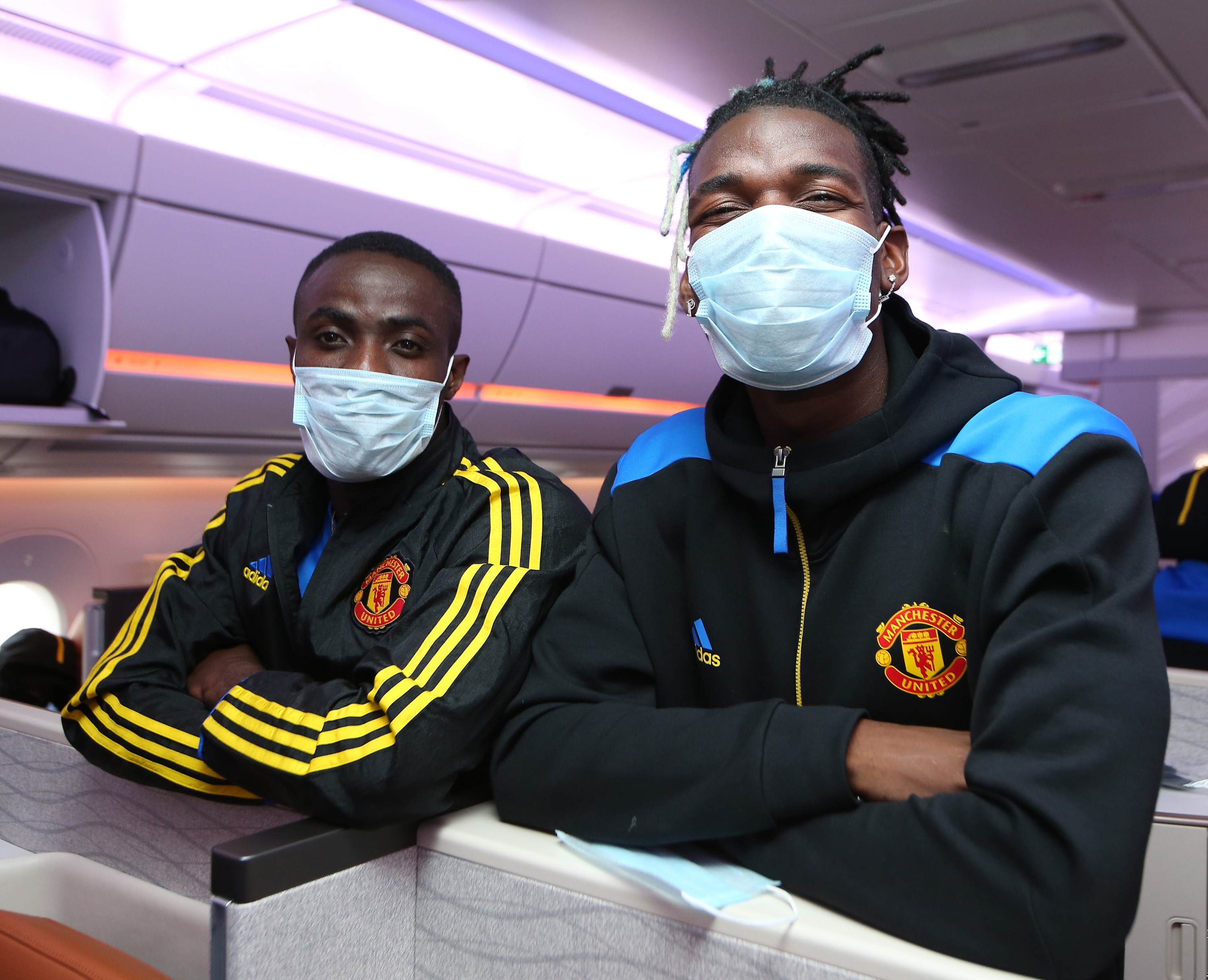 Eric Bailly and Paul Pogba looked in relaxed mood as they enjoyed the two-hour flight in luxuryCredit: Getty

United sit level on points with Villarreal but ahead on goal difference, two points ahead of Atalanta in third with Young Boys two points further adrift.

Solskjaer and Co slipped into the Europa League at this stage last season after a third-placed finish in their group and are itching to avoid suffering the same fate this season.

But for now, all eyes turn to this weekend’s Manchester derby – with Paul Scholes and Rio Ferdinand fearing their old side face another humiliation with Varane out injured and Harry Maguire’s abysmal form continuing.

Speaking on BT Sport, Scholes also claimed Pogba is ‘away with the fairies’ and fears he’ll need babysitting ‘until he’s 35’.