ENGLAND’S frustration at being outplayed boiled over into anger after a catch was overturned by the third umpire.

It added up to a day of untold misery with the pink ball for Joe Root and his team. 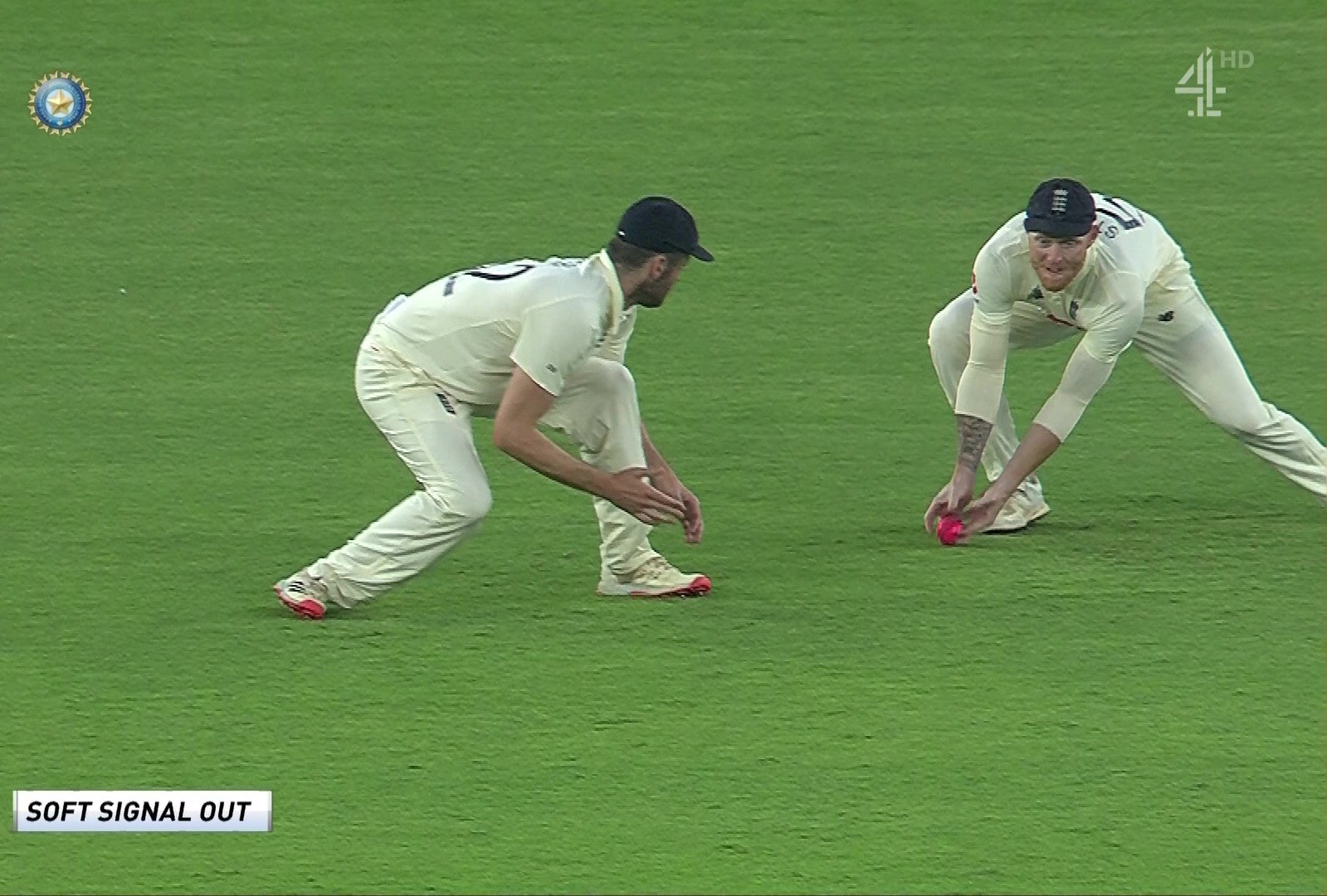 England were left aggrieved after Stokes’ attempted catch was adjudged to have hit the ground firstCredit: Channel 4 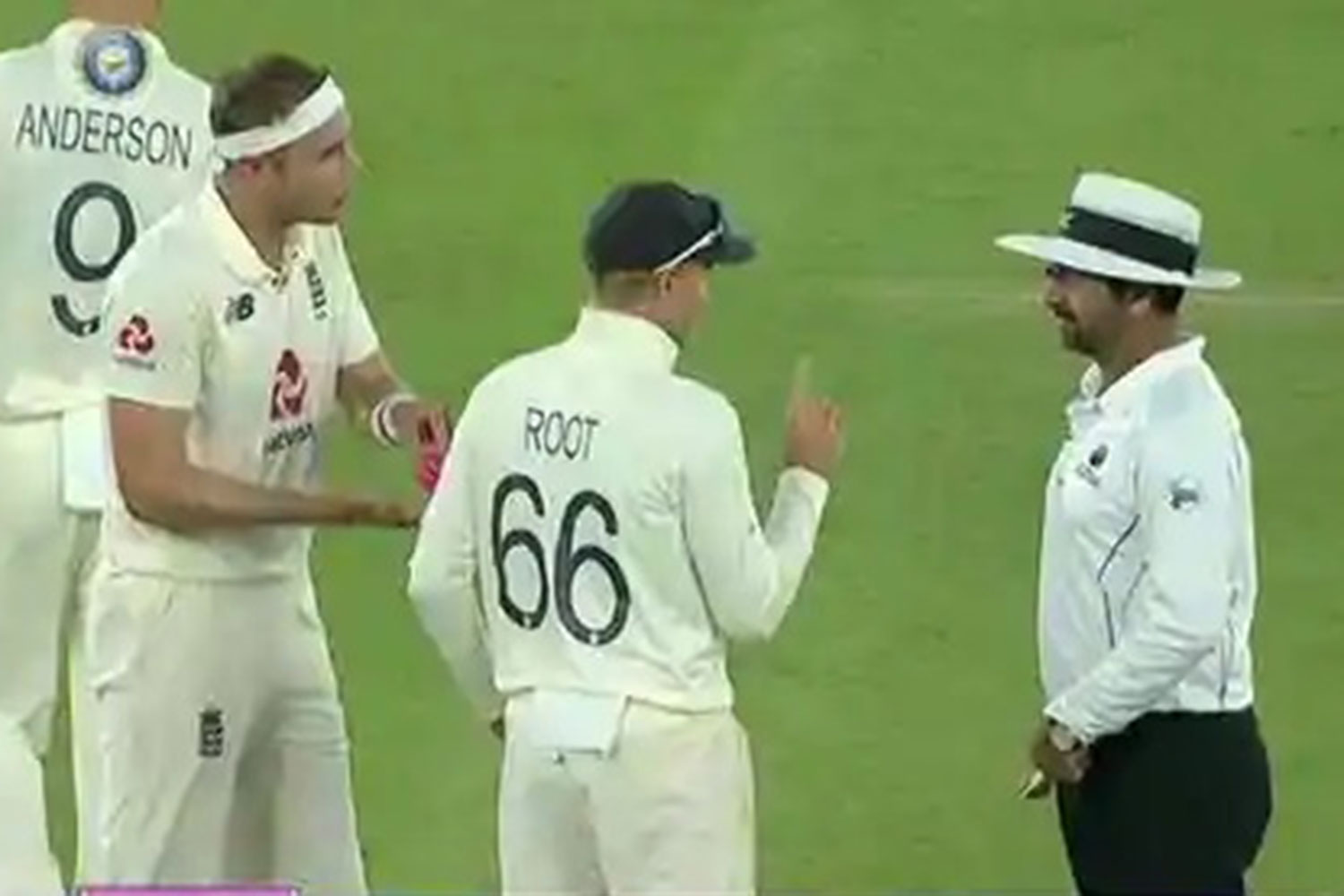 Root and Broad bemoaned the decision to give Gill a reprieve 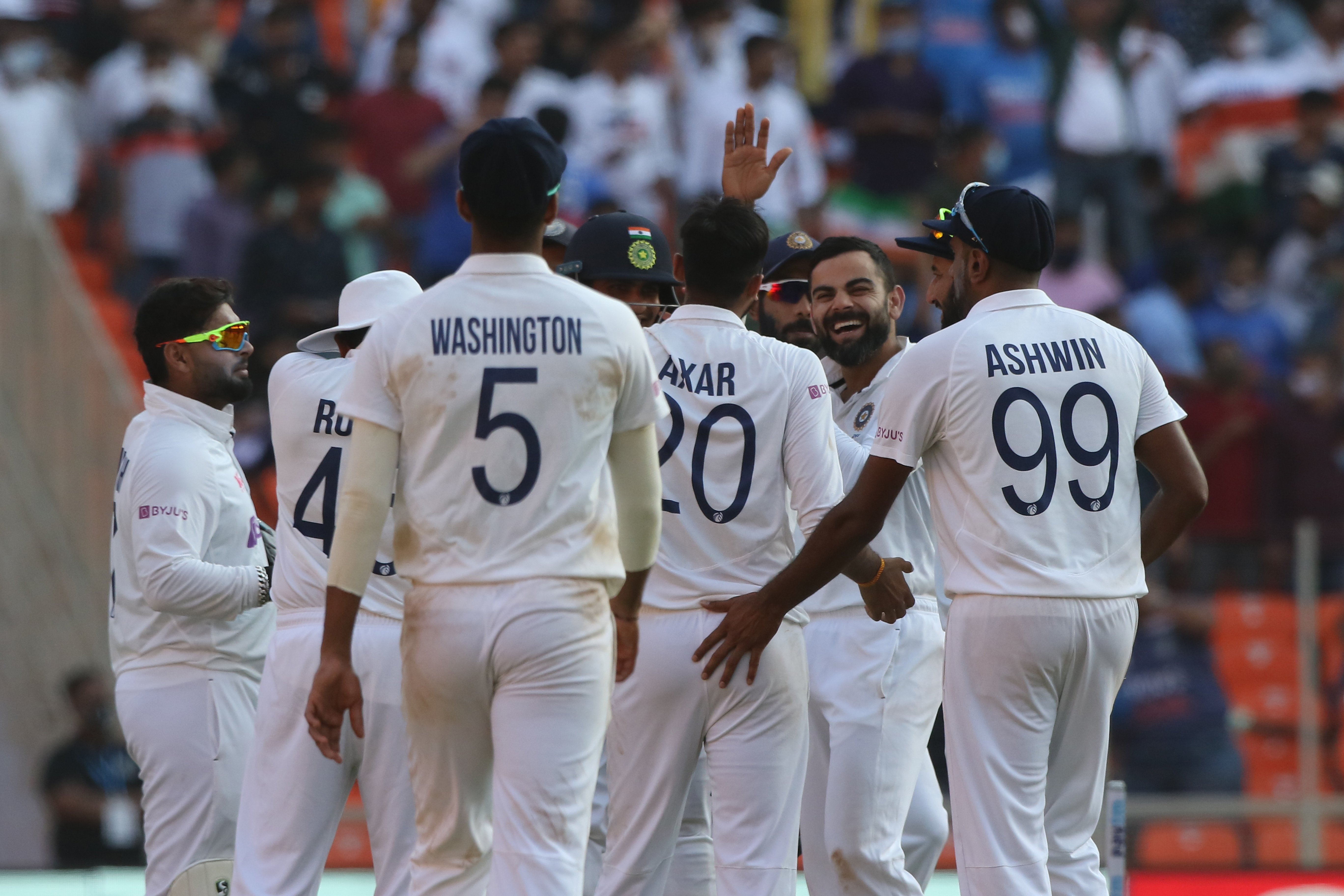 India dominated the first day of the Third Test from start to finish but for Crawley’s finishCredit: Sportzpics – BCCI

They were routed for just 112 all out in the Third Test – to which opener Zak Crawley contributed 53 – and then India replied with 99-3.

But at least Jack Leach dismissed Virat Kohli for 27 in the final over of the day.

This day/night match in Ahmedabad was meant to give England a great chance of reclaiming the lead in the series because the ball would swing and swerve for the quick bowlers.

Instead, the visitors were tormented once again by spin with left-armer Axar Patel taking six wickets and Ravi Ashwin three.

The amount of turn extracted by Axar and Ashwin showed England mis-read the conditions by going in with just one specialist spinner in Jack Leach.

To make matters worse, the tourists thought they dismissed Indian opener Shubman Gill for a duck only for the batsman to be reprieved.

Gill edged Stuart Broad to Ben Stokes in the slips and the all-rounder claimed a fingertip catch as the ball threatened to escape from his grasp.

On-field umpire Anil Chaudhary referred the decision upstairs with a soft signal of ‘out.’ 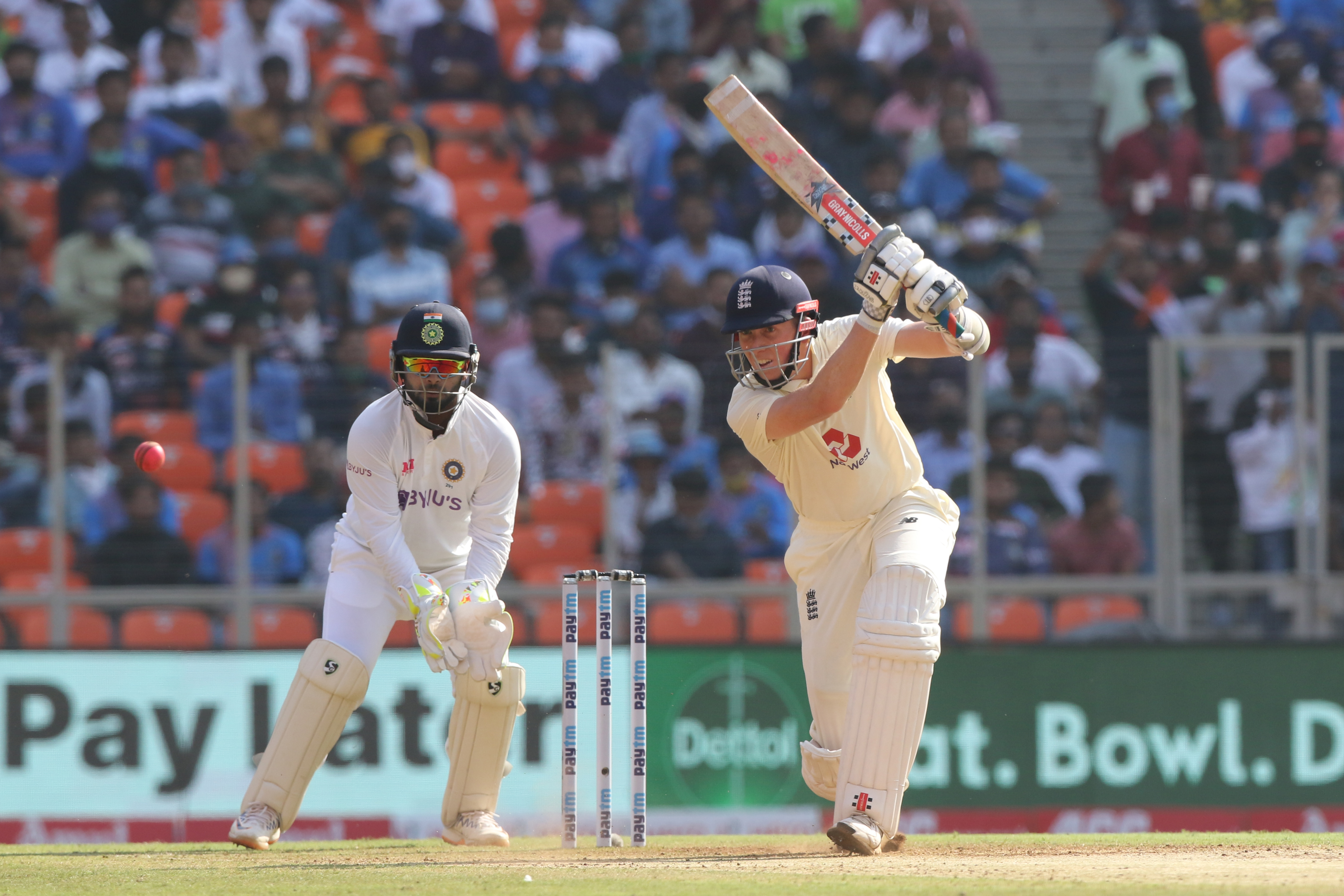 Crawley was a saving grace for England after he scored 53 of the first innings total of 112Credit: BCCI

The onus is on the third official to find conclusive proof of an error and, very quickly, Chettithody Shamsuddin declared: “The ball clearly bounced.” So Gill was able to continue his innings.

Captain Root and Broad confronted Chaudhary on the field, trying to indicate that Stokes had kept his fingers under the ball. Stokes laughed in what looked a sarcastic fashion.

The general view was that the ball touched the grass.

But many people forget that cameras 120 yards away high in the stand foreshorten images and the camber of outfields (most are like upturned plates) can also distort reality.

But Root will know that he shouldn’t berate the umpire – in the same way that Virat Kohli shouldn’t have done it in the Second Test.

Stokes had another problem with the umpires soon afterwards when warned for unthinkingly applying saliva to the ball, which had to be sanitised.

The last time England were bowled out four times in a row for fewer than 180 in the same series, Queen Victoria was on the throne. 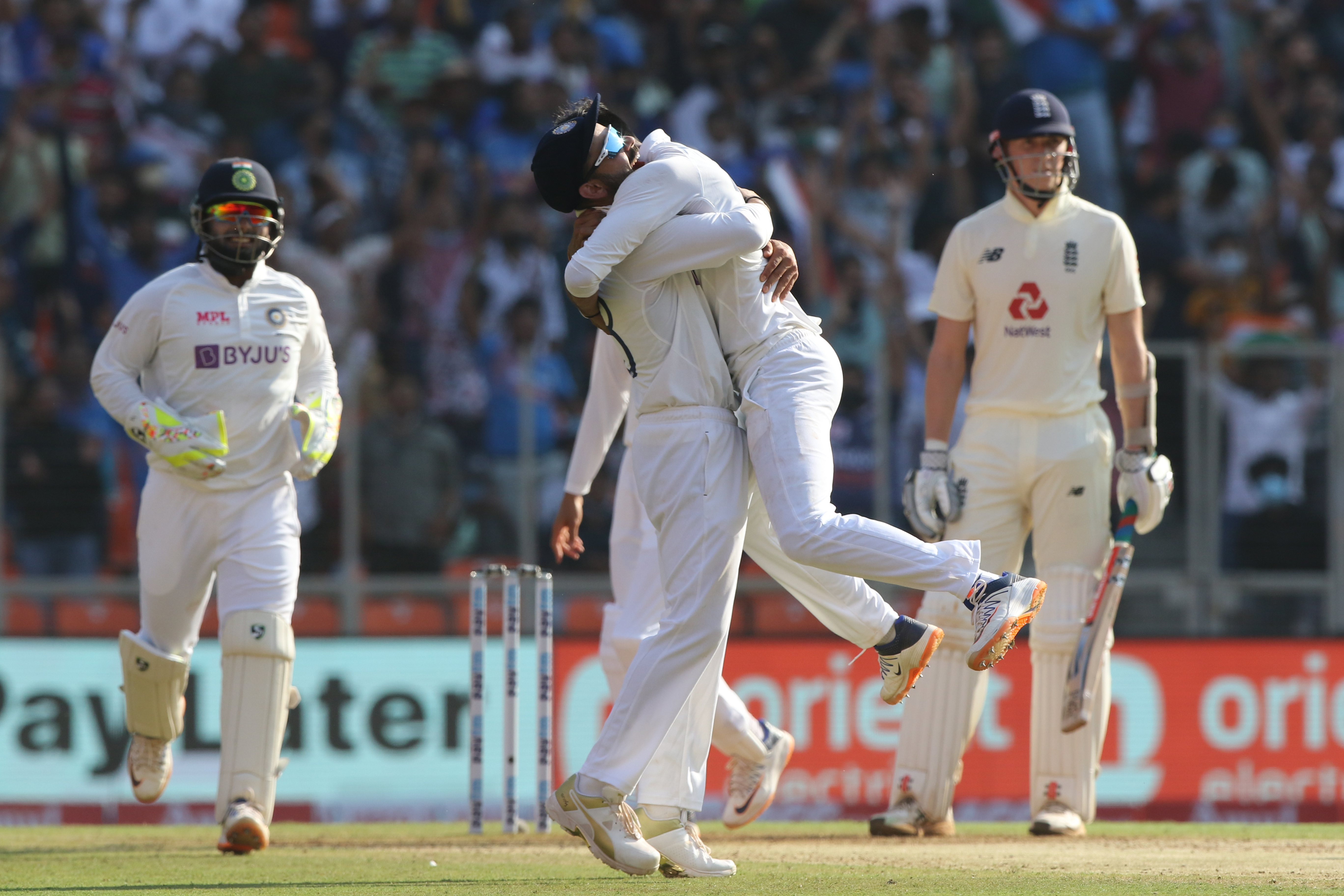 Root would not have dreamed of the awaiting horror when he won the toss and chose to bat. But they were soon in trouble.

Dom Sibley edged to second slip for a duck and gave Ishant Sharma an early wicket in his 100th Test.

Jonny Bairstow’s return after two Tests at home brought another duck when he was lbw to Axar’s first ball.

Root helped Crawley put on 47 for the third wicket before Root was lbw to Ashwin operating from round the wicket.

Then the collapse really took hold and England lost their last eight wickets for 38 runs.

Crawley was leg before, Ollie Pope bowled by the first ball after the tea break (which comes before supper in day/night Tests) and Stokes was lbw in the next over. 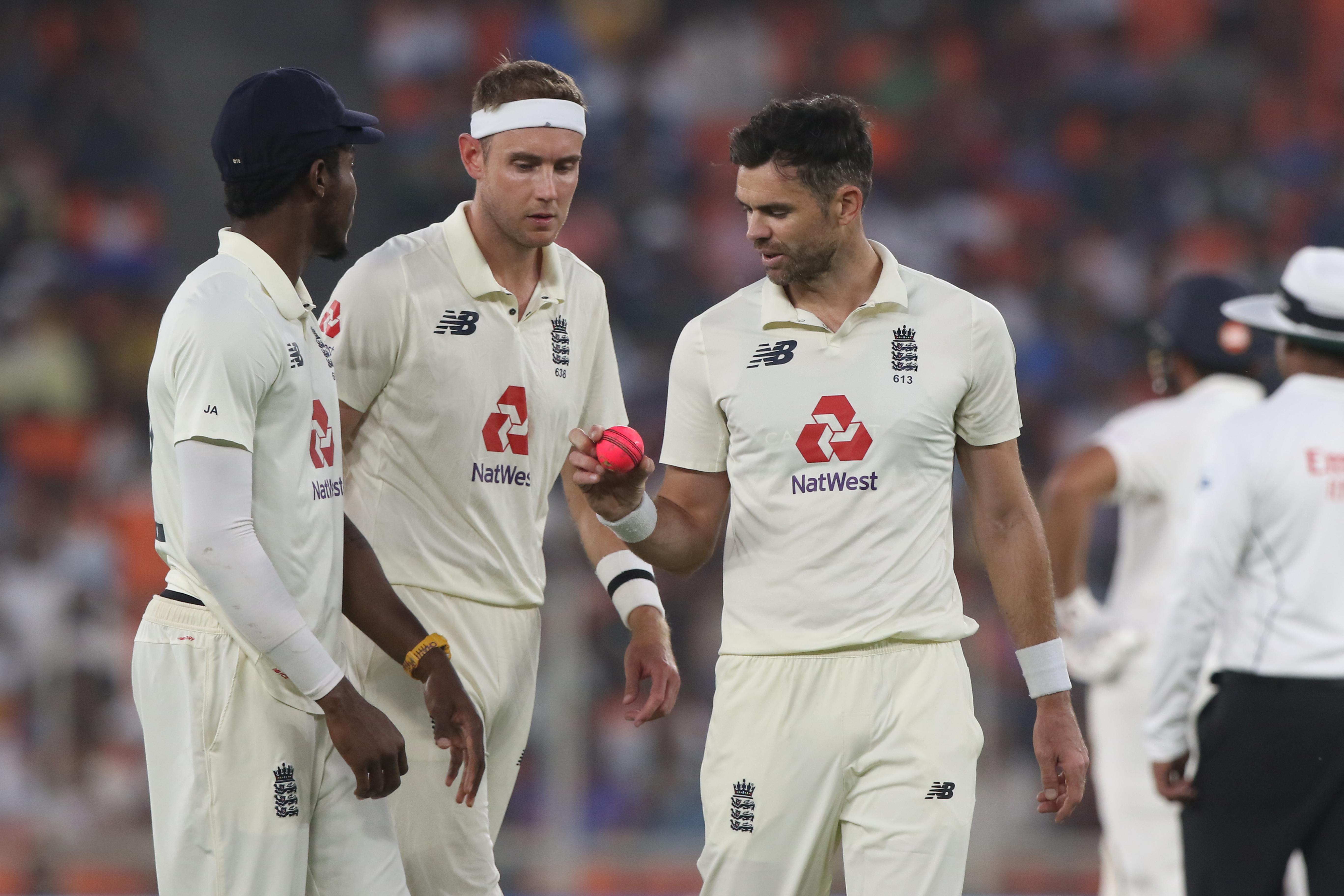 England picked Archer, Broad and Anderson in the hope they’d torment India with the pink ball, but spin proved to be more dangerousCredit: Sportzpics – BCCI

There was plenty of spin for the Indians but it was mainly straight balls that brought about the wickets.

Their defensive technique was terrible, their minds scrambled.

Gill did not punish England unduly for his reprieve and was out for 11 when he skied an attempted pull shot against Archer.

Cheteshwar Pujara was lbw to Leach for nought but Rohit Sharma and Virat Kohli put on 64.

Kohli on 24 should have been caught in the gully off Jimmy Anderson but Pope dropped a dolly chance.

And Rohit survived a close stumping chance with third umpire Shamsuddin announcing: “The foot is grounded.”

Root again had words with the umpires, making the reasonable point that the third umpire should look at replays more than once or perhaps from a different angle.

Kohli departed, however, much to England’s relief, when he dragged on an attempted cut shot against Leach.