GEORGE Clooney has told fellow fans of struggling Derby County he would love to help out manager Wayne  Rooney – by buying the club.

In what would be the most dramatic football takeover since Roman Abramovich was forced out of Chelsea, the Hollywood legend has said he wants to lead a consortium to purchase the Championship club. 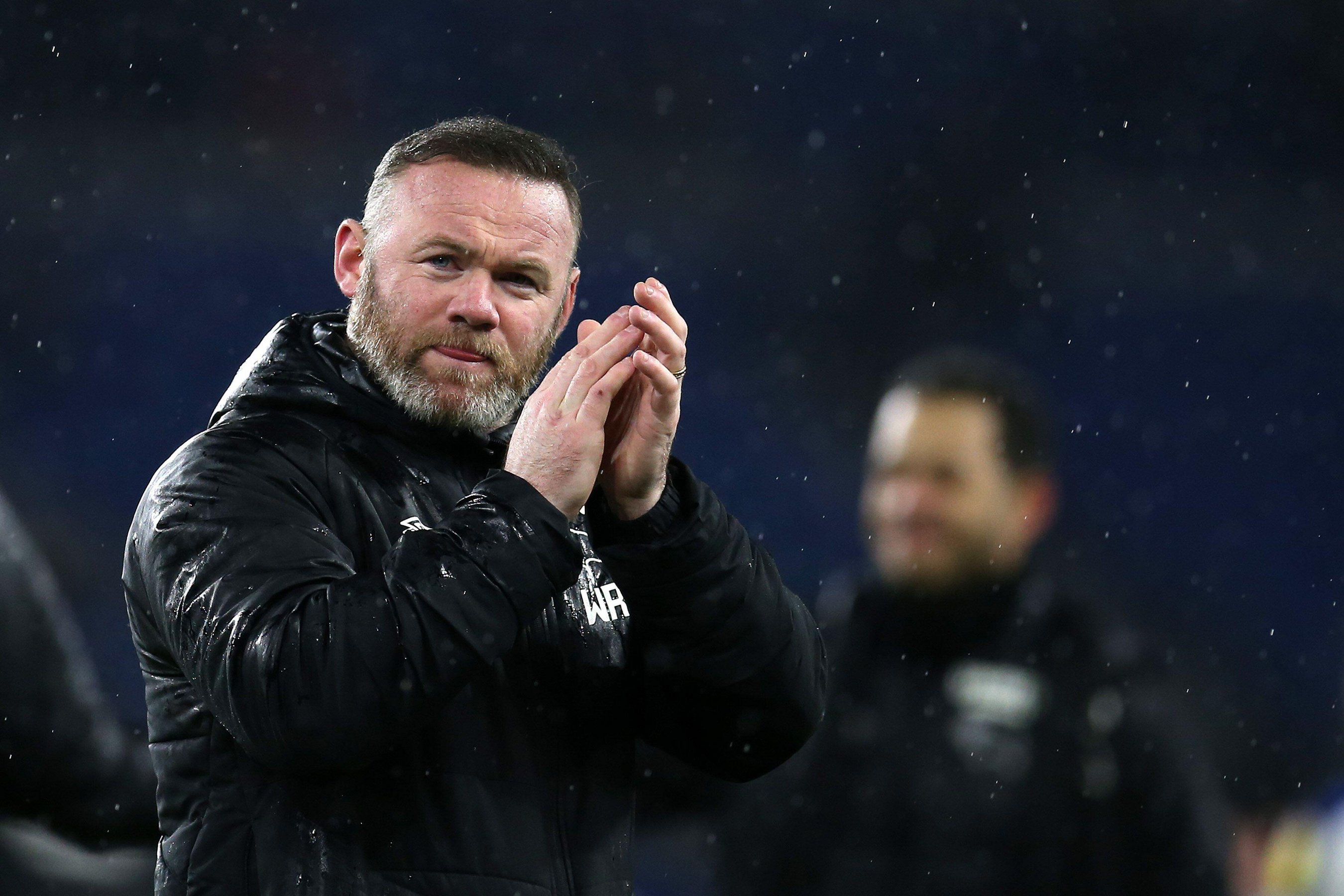 Boss Wayne Rooney says the troubled Championship club has been left in a ‘horrendous’ positionCredit: Alamy 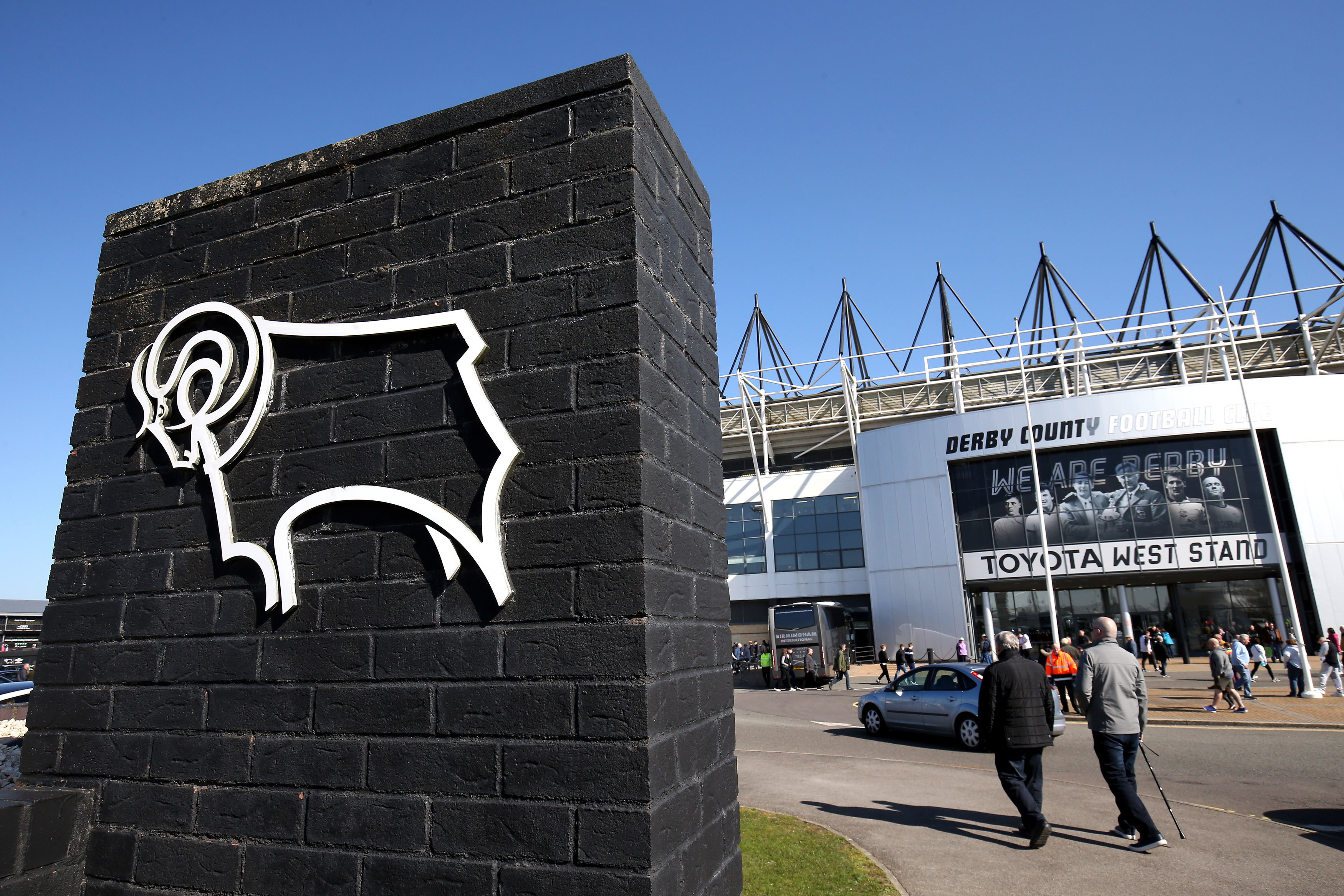 After his attempt to buy Spanish club Malaga fell through in 2020, George hinted he is eyeing up a takeover at Pride ParkCredit: PA

Ocean’s 11 star George, 60, started following the Rams after being introduced to them by Derby-born actor Jack O’Connell.

And after his attempt to buy Spanish club Malaga fell through in 2020, George hinted he is eyeing up a takeover at  Pride Park.

He said: “Derby has a great football club with a fantastic history and I am sure there is a great future too.

“I know that there have been problems in recent times but nothing cannot be fixed and under the circumstances the team has been working really hard and playing well. 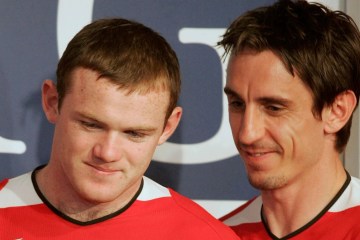 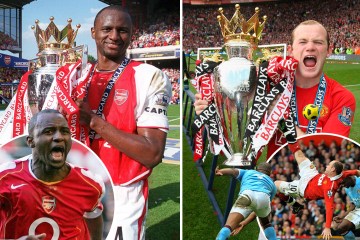 “It’s obvious to me, looking on, that as well as the players on the pitch, the fans have played their part on the pitch too.

“My interest in soccer has certainly grown in recent years and a few years ago I was asked if I would like to be involved with a group of others looking to buy Malaga Football Club in Spain.

“It was quite an exciting prospect but ultimately it fell through. Perhaps owning a football club is the next best thing to playing for one. Maybe, one day….”

Cash-strapped County have been in administration for six months and are desperate for a buyer.

One consortium pulled out earlier this month with no end to the saga in sight and the club facing relegation to League   One.

Boss Rooney said the troubled Championship club have been left in a “horrendous” position.

But Clooney’s comments in local glossy magazine Derbyshire Life may have given Derby die-hards a life-line.

Derbyshire MP Nigel Mills said: “Wow, we’re absolutely desperate for a new owner so this would be superb.

“It would be fantastic for the local economy and bring in millions. It would raise the profile enormously. I hope he can get in touch with the administrators. It would be tremendous.”

Come and save us, George

GEORGE Clooney, please come and save us.

Derby has always been a city and club that has punched above its weight. Many even argue it should not be a city.

Jump on board and you’ll find the best football fans, the best beer, and people who are the salt of the earth.

Buy the club and we can return to the glory days of Brian Clough in the late 1960s and the early 1970s.

Please help restore this great club to its heyday and get us back in the Premier League.

Come on board and you’ll have the ride of your life.

She said  “This situation has been going on for far too long and it would be brilliant if George Clooney who loves football and has a passion  was to buy it.

‘IT WOULD BE TREMENDOUS’

“I’m really committed to seeing the current problems come to an end. Derby fans have a strong passion for Derby and George is right when he says that Derbyshire is a wonderful county.

“Like all fans, I am holding on for when a preferred bidder can be announced and our much loved club will be saved.”

Clooney said he became a fan after working with Brit actor Jack O’Connell, 31,  on the 2016 film Money Monster.

He said: “I have worked with quite a few British football fans and their moods were often dependent on how well their favourite soccer team had performed in their latest game.

“I found it quite curious and wanted to know what made that happen. Nobody wants to see their team lose but it seemed that British football fans were much more involved in the importance of the result.

“I was introduced to the Rams by Jack O’Connell a few years ago when we were making a movie together. He was so passionate about his team and has followed Derby County all his life.

“I asked him a few questions and there was no stopping him – he really loves the club and knows so much about it. I had to admire that and listening to the club’s history was quite intriguing and fired my imagination.

“I watched a few games on TV and gradually I began to understand soccer better and began to look out for Derby County‘s games and results. I have been watching ever since.”

“Derbyshire is a very beautiful place. I have been and admired the whole area, nice people too.

“I think that most of them also like the soccer team and when Derby one day get back into the Premier League it will make a lot of people very happy – including me.

“It will be nice to see people, as they are now, proud to go to Pride Park.”

Clooney, who lives with barrister wife Amal in Sonning, Berks, also spoke of his hope that Derby can return to the Premier League which they were relegated from in 2008 – without a single win.

The star, who made his breakthrough in From Dusk Till Dawn said that the passion of Brit footy fans trumps that of US soccer lovers.

He said: “I love the passion of sport. In the States there is a great following for all sports, whether that be [American] football, baseball, ice hockey or anything else.

“The crowds are big and make a lot of noise but the passion of British soccer fans takes loyalty to a club onto a higher level. I think, in part, that is what made me start to take notice of soccer.”

‘I LOVE THE PASSION’

Clooney’s interest in the club has given new hope to Derby fans who are struggling to stay upbeat about the future of the side.

The marketing executive and mum-of-two said: “Clooney and Rooney would be the perfect combination.

“George Clooney would be the dream owner. I’m buzzing with excitement at the thought of this happening. It’s absolutely amazing.

“The situation with the club at the moment is dire. It’s a massive worry. Everyone across the city is very fearful for the future. Anything he could do to help would be great. It’d be a lifeline.

Thomas Ludman, 28, said Clooney as owner would be “sensational”.

The engineer, who lives in the city, said: “That’s just what we need. It would be great. We’re in an absolute mess at the moment and it doesn’t feel like there’s a way out.

“I really hope he goes for it. We need a miracle and that’s what he would be. It would be incredible. He’d bring in so much to the club, not just the money. A real Hollywood legend.”

The officer manager said: “I’m speechless. I had no idea he had such a passion for football and knew the county so well. It’s unbelievable. But it’s also absolutely terrific. I’m gobsmacked.

“It’s great he recognises our proud history. We’re in real danger and need a lifeline.”

Clooney is not the first Hollywood A-lister to fall in love with the English game. In November 2020 actors Ryan Reynolds and Rob McElhenney, bought National League side Wrexham AFC. 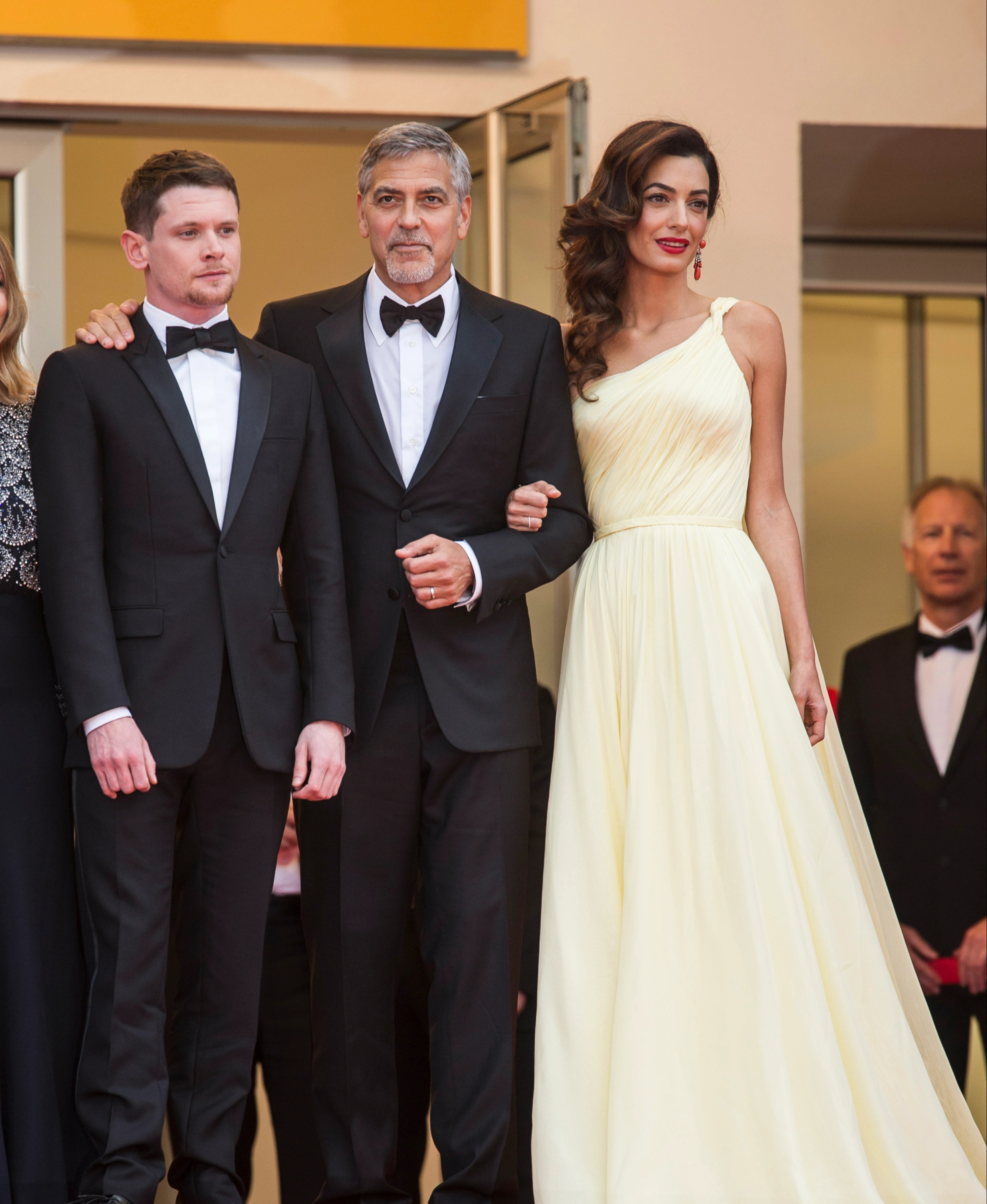 Clooney said he became a fan after working with Brit actor Jack O’Connell, 31,  on the 2016 film Money MonsterCredit: B5302

CLOONEY would be the latest superstar fan to take a stake in their favourite team.

Their takeover was agreed by the supporters’ trust on the condition they invested £2million. Reynolds said of the deal: “We love telling the story of a working-class club and town because it’s a story people can identify with.”
Music legend Sir Elton John, 75, bought Watford FC and became chairman and president in 1976.