The Arsenal midfielder is suspended from Sunday’s Premier League clash with Burnley after being sent off in the Carabao Cup semi-final against Liverpool.

Arsenal midfielder Granit Xhaka claims he was in a Catch 22 situation over this red-card challenge on Liverpool’s Diogo JotaCredit: Rex 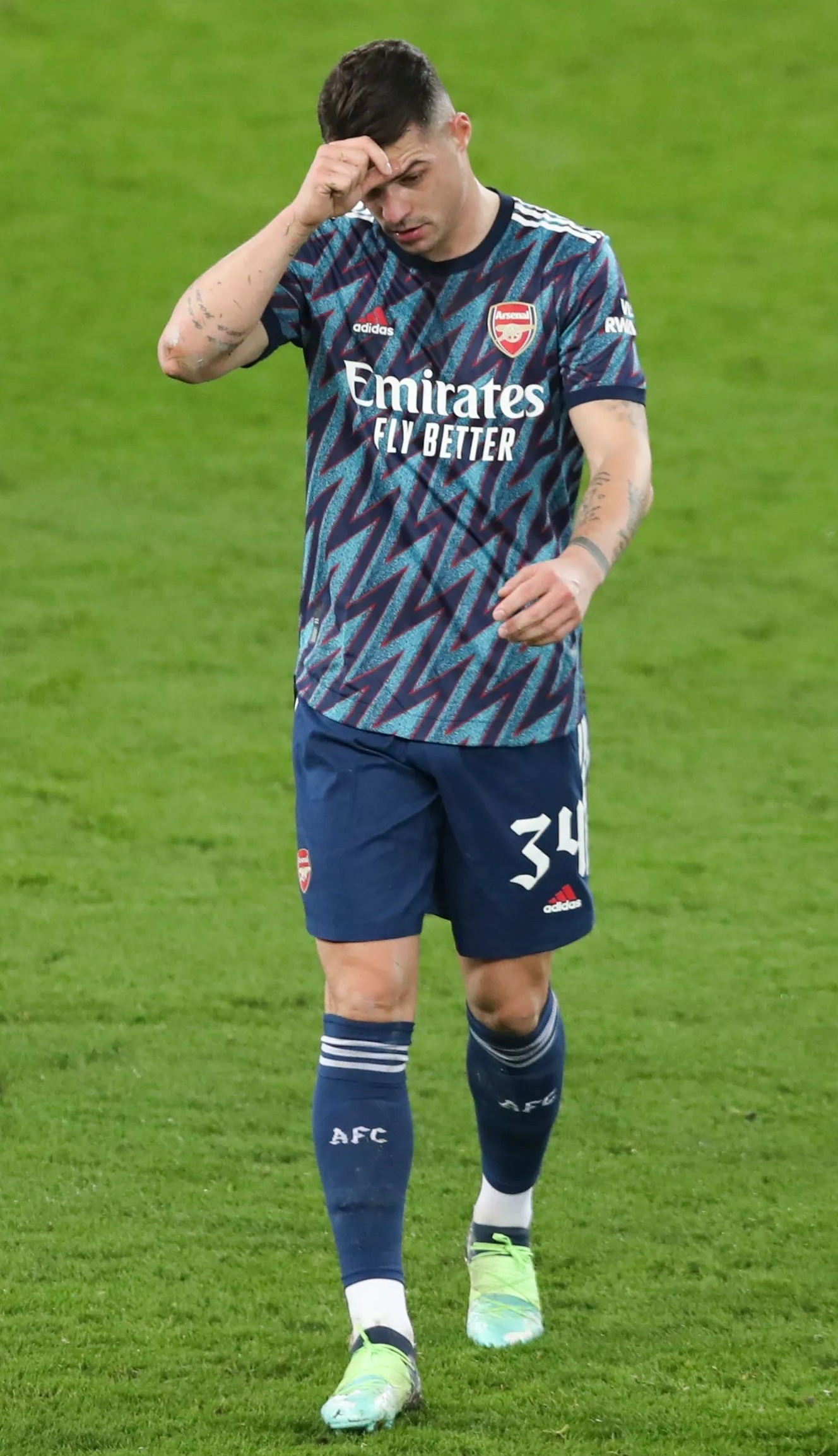 Kicking Diogo Jota in the chest resulted in his second red card of the season — his fifth dismissal for the Gunners and the 12th of his career.

The Swiss star, 29, has also accumulated a whopping 63 yellow cards since joining Arsenal in 2016.

But Xhaka insisted: “It is not like I am planning this. I am not doing it on purpose. But sometimes I am in a position where it is 50-50.

“It is risky, of course. Now people say, ‘Why do you always take risks?’. This is who I am. I can’t change myself from today or tomorrow.

This is who I am. I can’t change myself from today or tomorrow.

On his latest red card, which left Arsenal having to play 66 minutes of the semis first leg with 10 men, Xhaka added: “In this moment, if Jota takes the ball and he scores, they will say, ‘Why didn’t you stop him?’.

“In the end everyone is smarter in the moment — myself as well.

“In the moment, it is a second where I have to make a decision.  This time I took the wrong one.”

Xhaka — who gave away a penalty during the Gunners’ New Year’s Day defeat to Manchester City — also slammed the use of VAR.

He told Sky Sports: “I hope in the future the referees can make their own decisions.  Don’t let the people from outside look in slow motion because, in slow motion, everything looks harder than it is.

“In the end, they are human. They make mistakes as well. This is part of the job. Everyone makes mistakes.”

Mikel is a freak, but in a positive way. He sees football with different eyes and in different ways.

Arsenal suffered huge criticism over their request to postpone last week’s derby against Tottenham due to injuries, international duty and Covid cases.

Ex-Manchester City star Micah Richards defended them, stating “everyone wants to lump in on the club”.

And Xhaka declared: “I love the comment from Micah. He said every time Arsenal does something, everyone has to speak about it, but nobody speaks about what other clubs did.”

The midfielder was full of praise for his manager Mikel Arteta, explaining: “Mikel is a freak, but a freak in a positive way. He sees football with different eyes and in different ways.

“He is so focused on the job and he has improved all the players.

“In the past, our problem was always when we lost a game, we lost the second, third, fourth and fifth.

“That has changed this season. We don’t concede stupid goals any more.”