MANCHESTER UNITED star Bruno Fernandes declared he’s ‘not happy at all’ after his side threw away a two-goal lead against Aston Villa.

The Red Devils looked to be heading for a 2-0 win at Villa Park with the Portuguese midfielder scoring in either half. 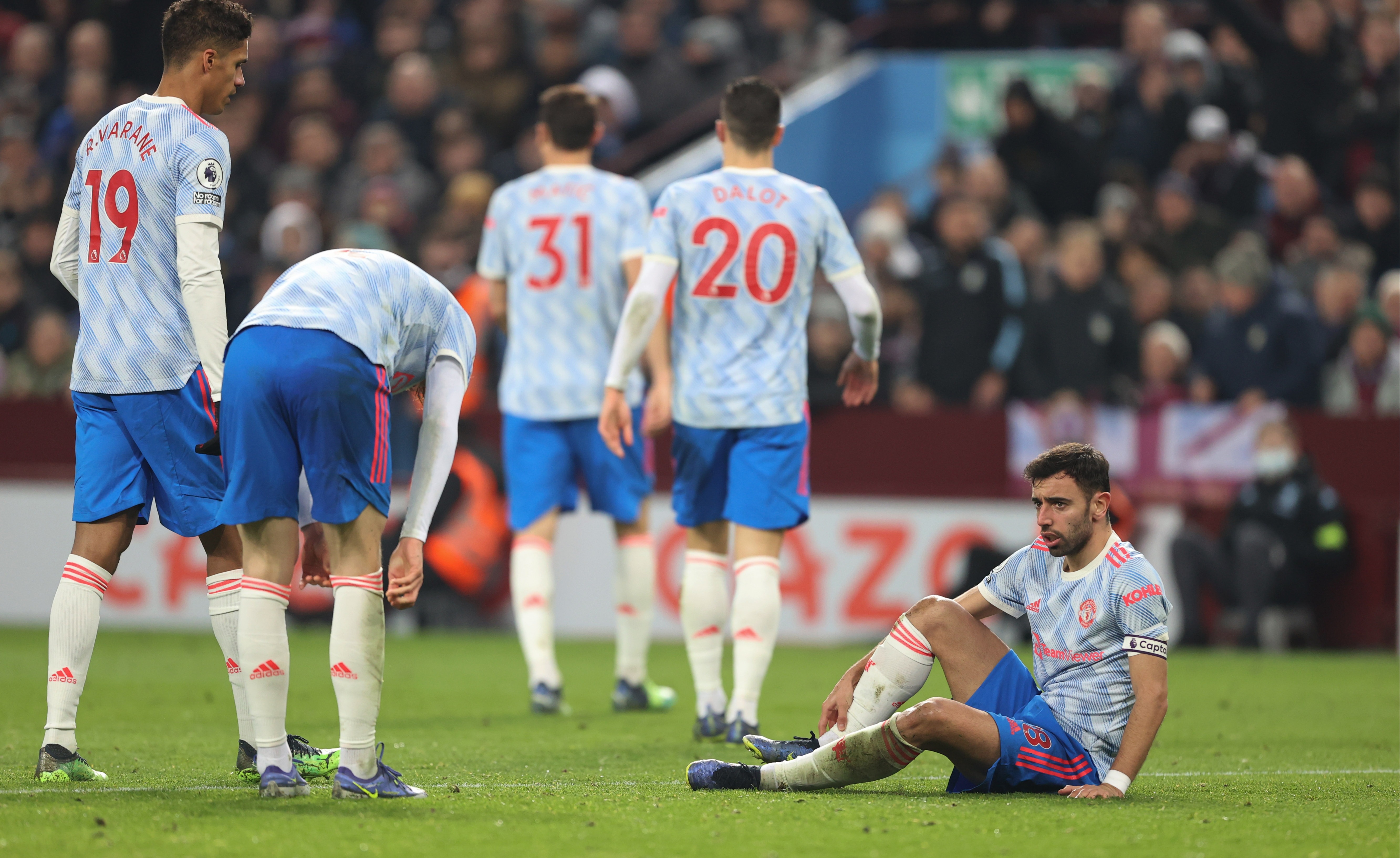 Fernandes has spoken of his disappointment that the Red Devils failed to hold their leadCredit: Getty

But Ralf Rangnick’s side had to settle for a point after the Midlands outfit scored two late goals through Jacob Ramsey and debutant Philippe Coutinho.

The result leaves United in danger of missing out on Champions League football for next season as they sit in seventh spot in the Premier League.

Victory against Villa would have seen United close the gap on fourth-placed West Ham to three points.

It’s now just one win in their last four top-flight matches, and Fernandes has taken a leaf out of Cristiano Ronaldo’s book with a rallying cry to his team-mates.

Speaking to Sky Sports after the match, the 27-year-old said: “I’m not happy at all, obviously everyone is happy to score goals and I’m one of them too, but I prefer to win the game.

“I prefer to take away my two goals and have someone else score and win the game than to score myself.

“But today makes no sense because we just get one point and we want to get the three.”

He added: “At the end, we don’t get our chances in the counters.

“We don’t do the last pass or the last run, it was not perfect and at the end we gave chances to them.

“They have a good team, they have quality up front, they have players who can score and at the end, they scored and drew the game.

“It’s a tough one to take because I think the game was under control. I don’t feel [the game switched] it at all.

“After the first goal, they started to press us a little bit more, but even then, we get our chances, we could still score again.

“You start losing balls, losing confidence, the game starts to get better for them and they start to get more space in between the lines, more space wider. I think the performance was better than the result.

“Overall, we deserved more, but the game is not about deserving, it’s about getting the three points.”