HENRY MOFFAT is getting ready to sit his GCSE’s – while making sure the future stars of Manchester United and Manchester City are kitted out in the latest designer threads.

The 15-year-old from London set up Umi Sneakers on Instagram two years ago and sources shoes and high-end fashion for the likes of James Garner, Alejandro Garnacho, Cole Palmer and more. 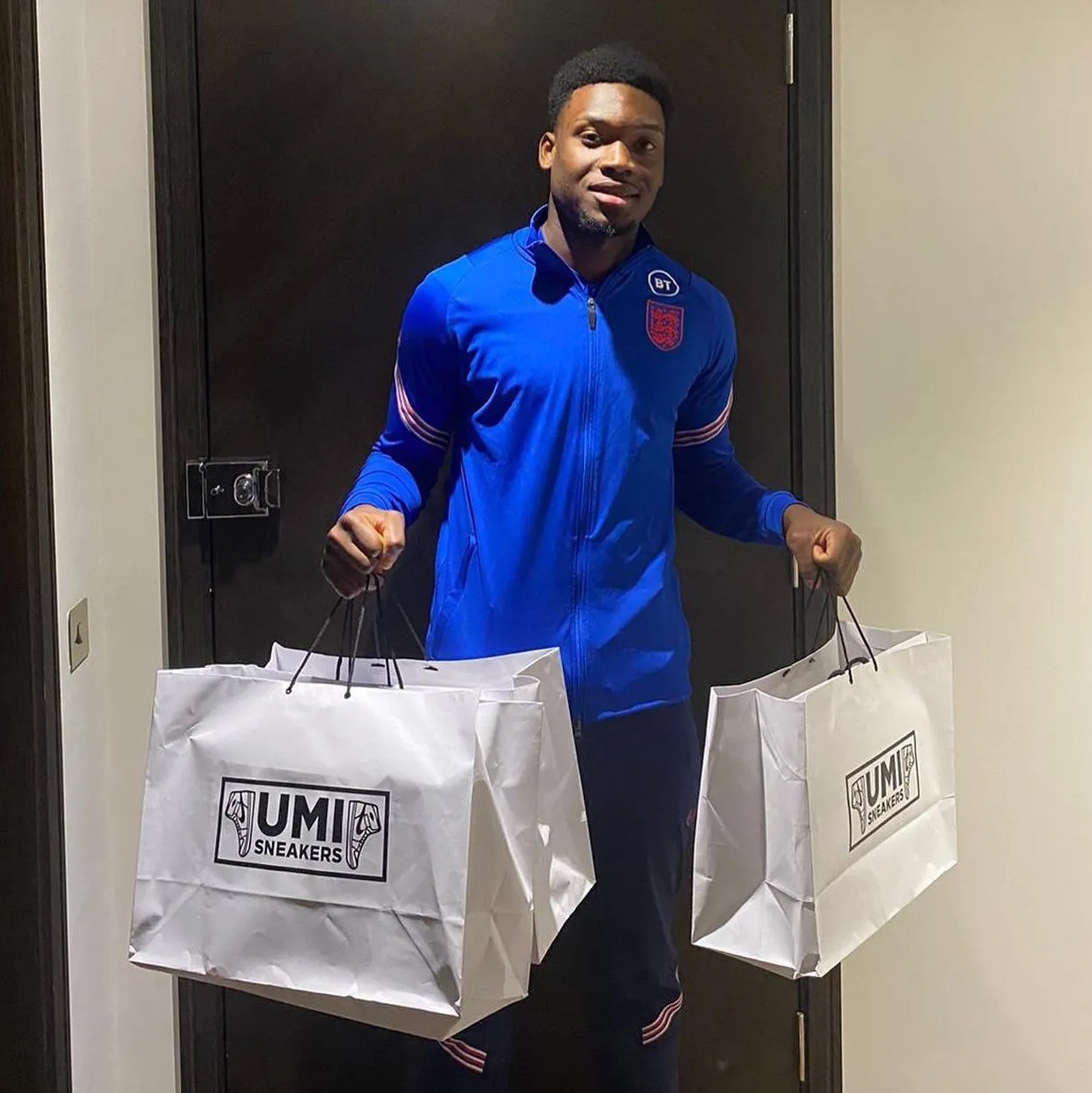 Man Utd starlets including Teden Mengi are some of Henry’s clientsCredit: Instagram@umisneakers

Entrepreneur Henry came up with the idea when he was just 13, after winning a pair of Yeezy 350s in an online draw and reselling them online.

His first footballer was promising United talent Isak Hansen-Aaroen, but now he counts as many as 60 youth players as clients, who will pay up to £8,000 for a pair of hard-to-find trainers.

The plan is to grow old with his customers.

“I like to work with academy stars, rather than established ones, with the hope I can be on their journey as they progress through their ranks,” Henry told SunSport. 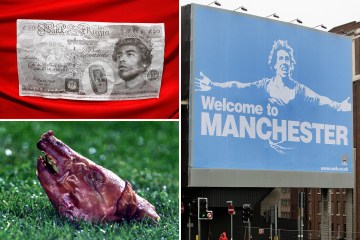 “As I get older, they get older with me and hopefully we can stay in touch and I can help style them.”

It all started for Henry by chance.

“I didn’t think about doing this as a business, but when I won a pair of Yeezy 350s I thought about reselling them.

“I ended up making a profit and it hit me that it would be a good idea for a business.”

The ambitious teenager set up Instagram page Umi Sneakers, that now has almost 15,000 followers, and advertised his services as a stylist who can “source your fashion needs”.

He contacted several academy players, and one bit back.

Henry revealed: “Just before Isak Hansen-Aaroen signed for Man Utd he contacted me online and placed an order.”

The pair of Jordans Hansen-Aaroen sourced made an impression on the Red Devils’ young stars.

“It was then a bit of a snowball-effect, through word-of-mouth other United academy stars got in touch.

“In turn, those who were internationals also passed on my details and I began to get clients from other clubs, including Man City, Arsenal and Chelsea.

“They placed their trust in me and I was able to deliver what they want.”

Some football stars of tomorrow earn high salaries that afford them the luxuries in life.

Plenty of Henry’s clientele have money-to-burn and aren’t afraid to splash the cash.

“The most a footballer has spent with me was around £8,000 for a pair of Dior Jordans. 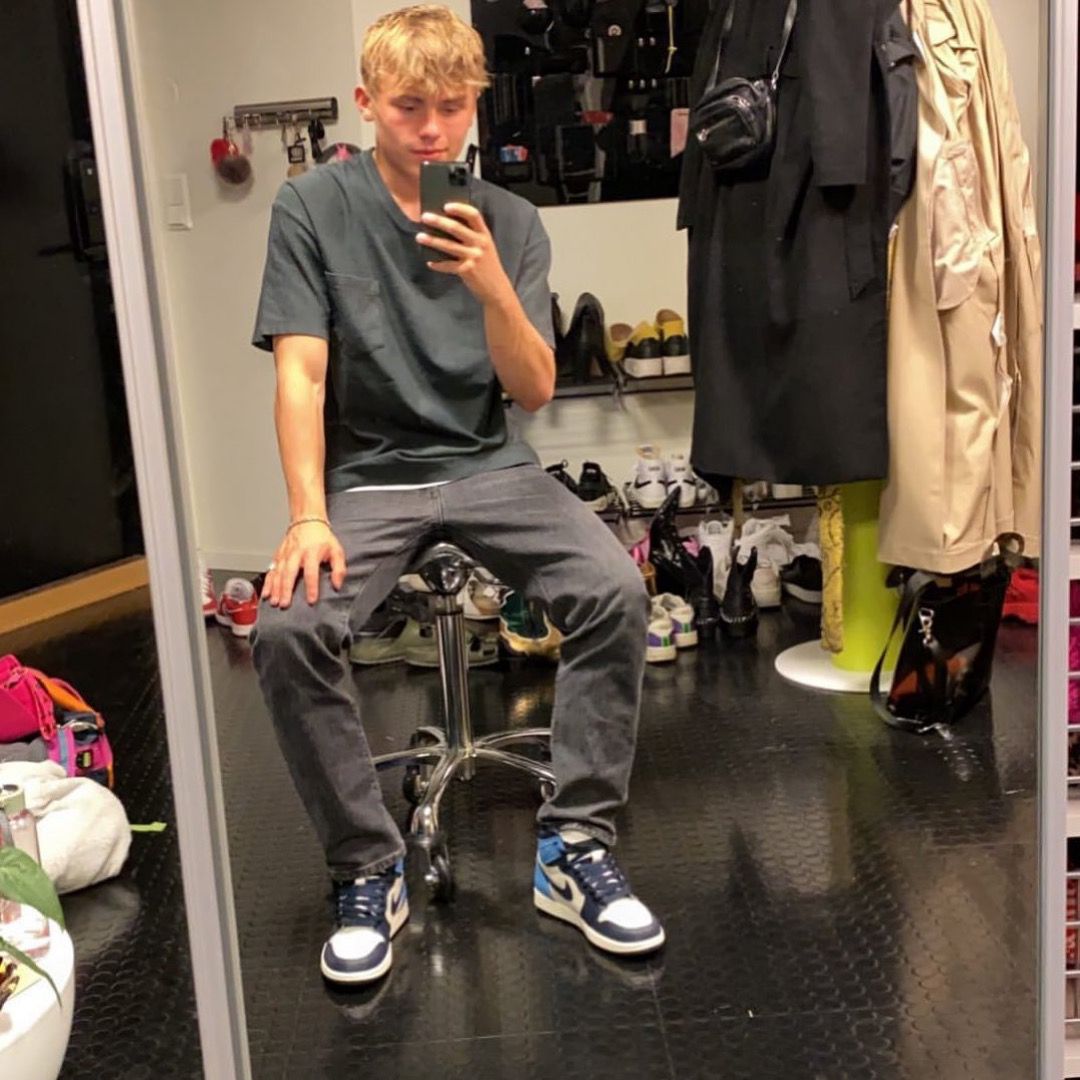 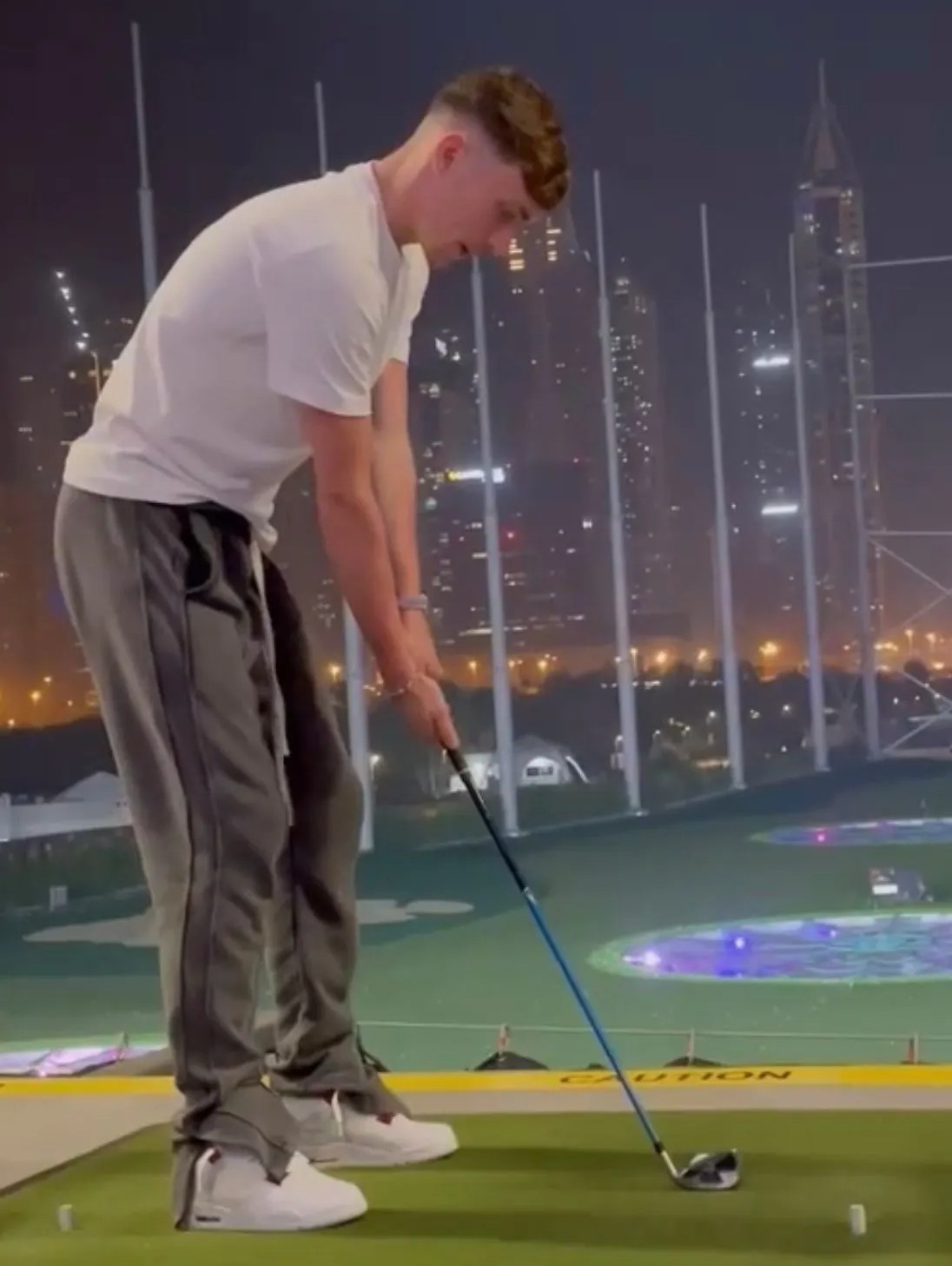 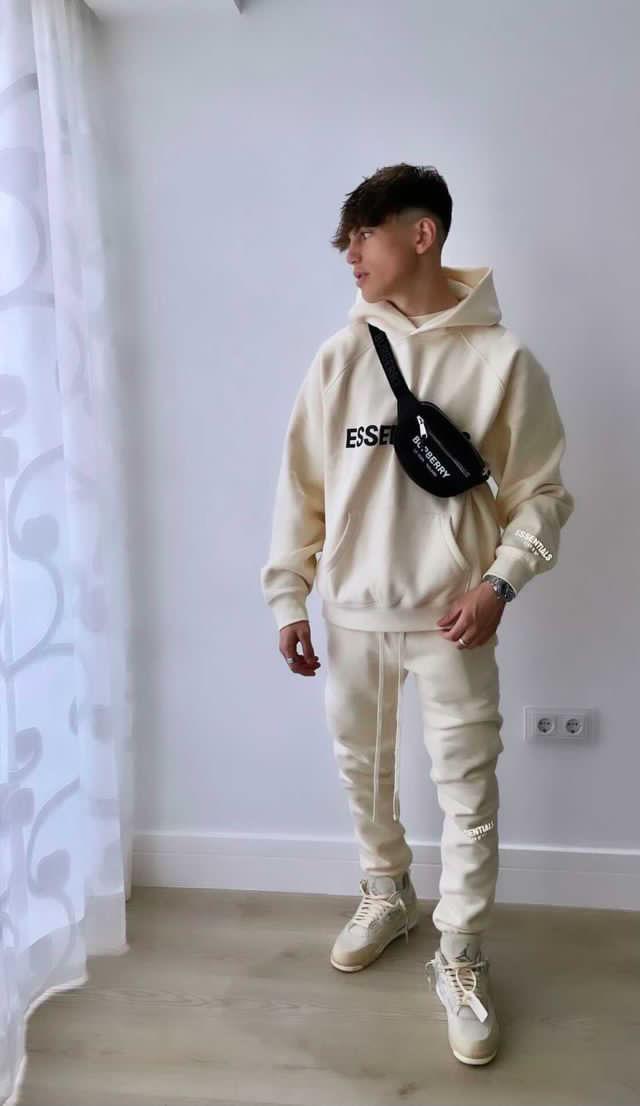 Marc Jurado also got kitted out by Henry at Umi SneakersCredit: Instagram@umisneakers

It’s not uncommon for Henry to provide entire outfits either for any given occasion.

“I don’t necessarily call myself a stylist, but if someone comes to me and they have an event like a dinner.

“They will tell me their favourite designers and I will piece together an outfit for them.”

You can imagine that Henry is the envy of his school mates.

However, he takes it all in his stride – and his pals are supportive of his roaring trade.

“They are pleased for me, they don’t really say anything other than think it’s cool what I do,” he said.

“I don’t make a big deal out of it – it’s a dream to work with footballers who I admire.”

And the footballers themselves aren’t surprised with who they are dealing with – despite his tender years.

“No one seems shocked by my age, and they don’t say anything about it,” he said.

“As long as I get what they need – it’s just all very normal.”

For now, Henry is juggling studying for his GCSE’s with Umi Sneakers. 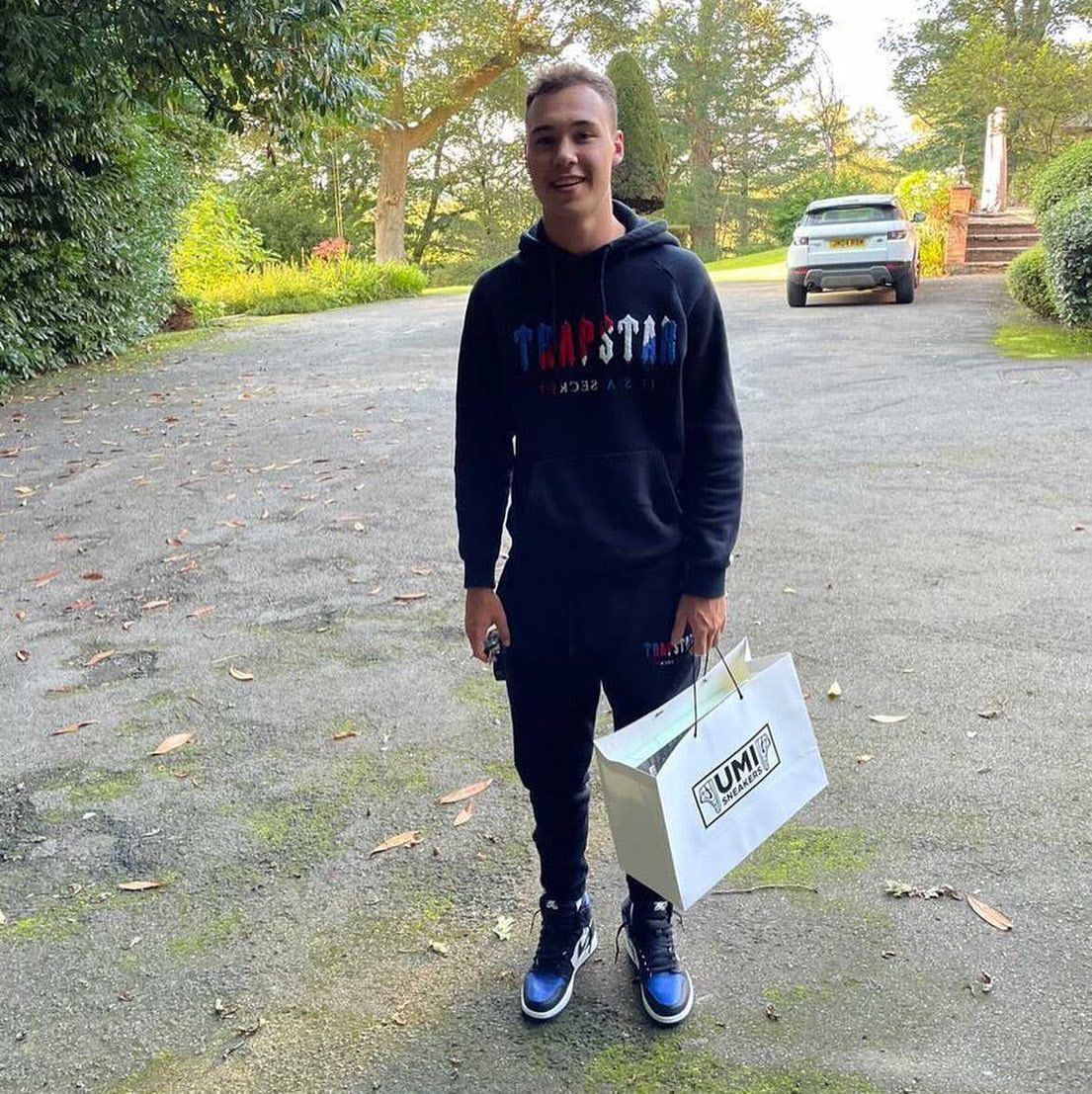 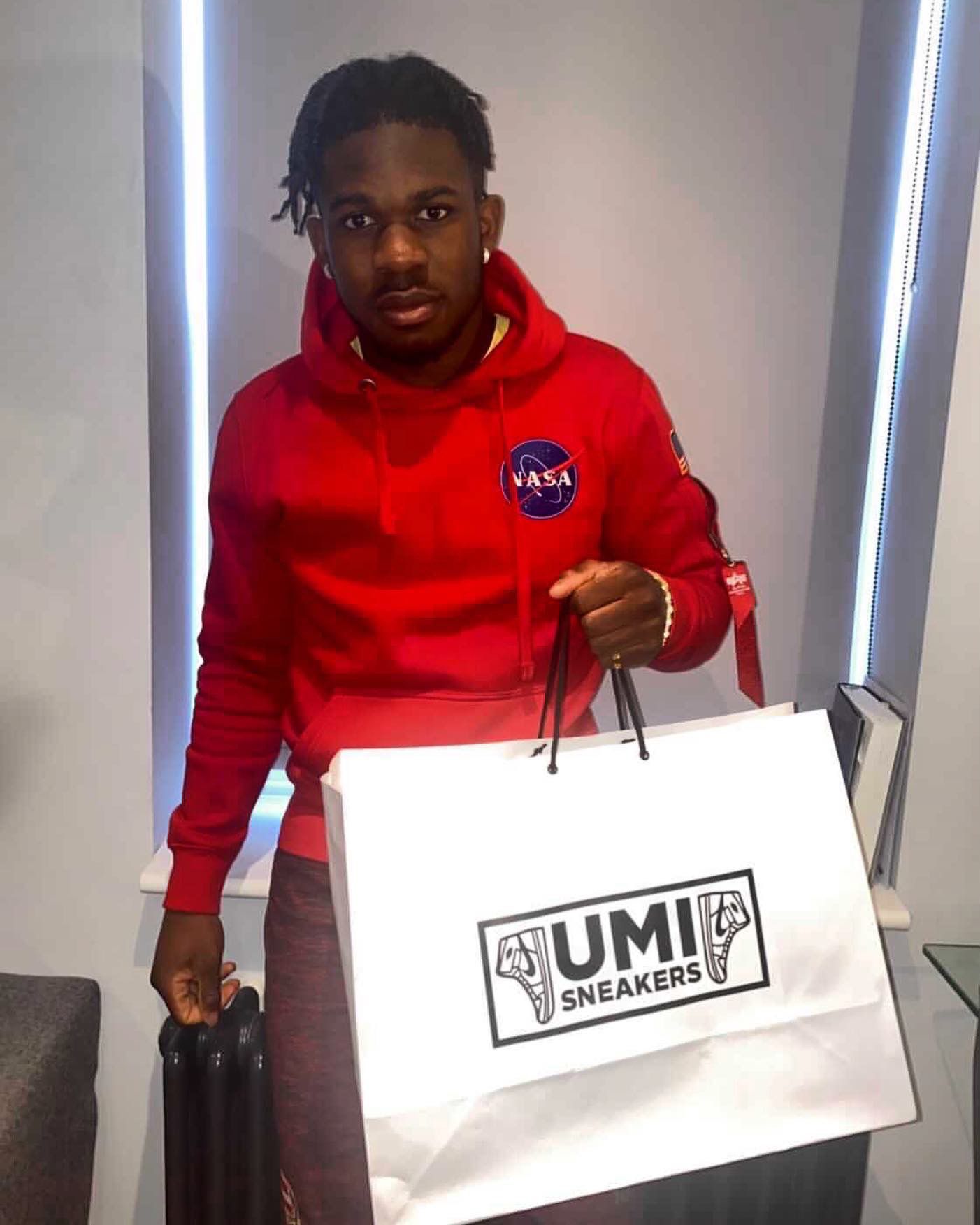 It’s a business he plans to keep on growing.

“It keeps me very busy, and in the two years Umi Sneakers has grown rapidly,” he divulged.

“We’ll see what the future holds – but I am very happy with how things are going right now.”