HULK has revealed he and his ex-wife’s niece will call their child Zaya in a post showing off her baby bump.

The Atletico Mineiro striker risked his ex’s wrath by telling Camila Angelo ‘I love you so much’ as he rested his hands on her tummy.

Hulk and Camila Angelo posed with the baby bumpCredit: https://www.instagram.com/hulkparaiba/ 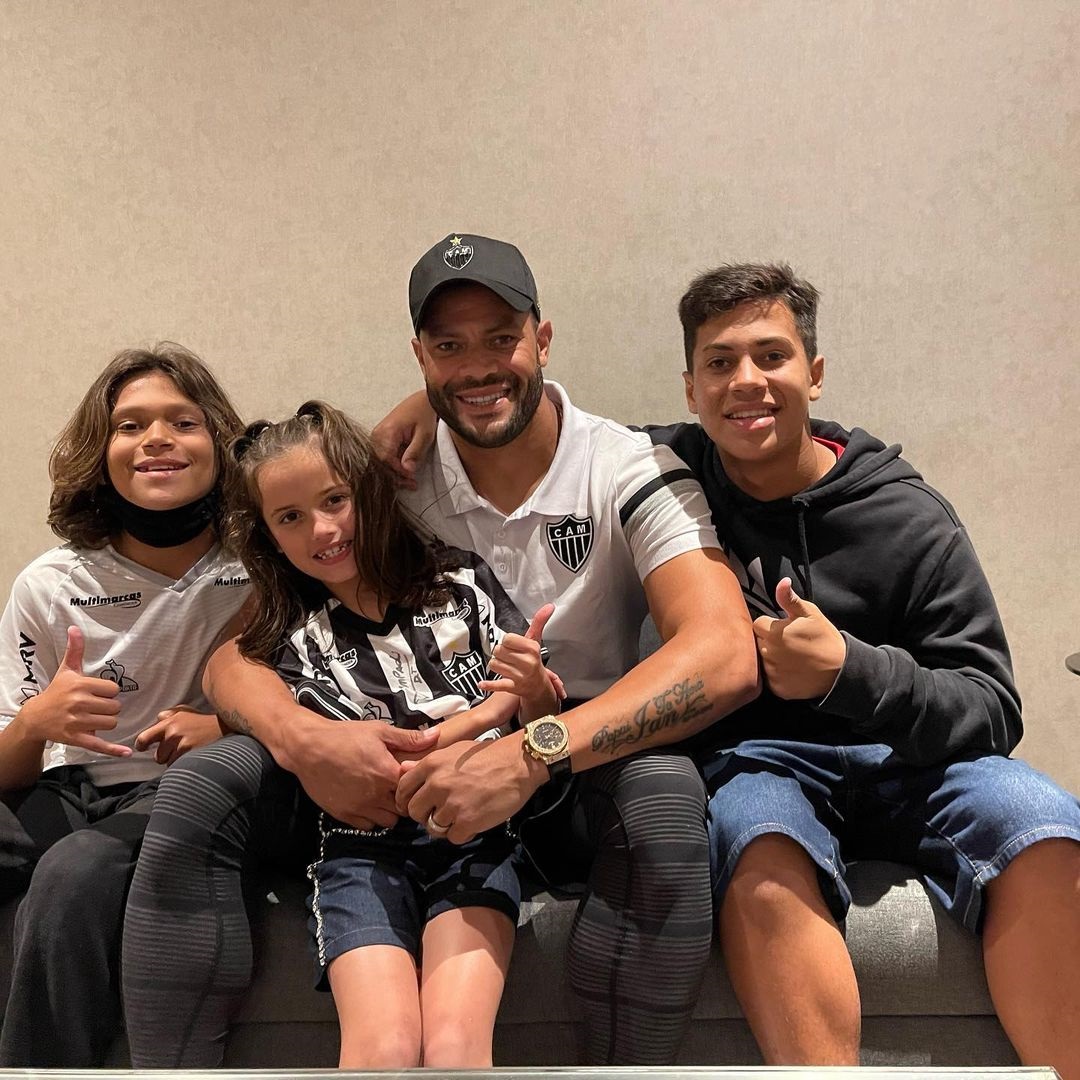 The Atletico Mineiro striker took his family to his latest gameCredit: https://www.instagram.com/hulkparaiba/

The loved-up pair enjoyed some R&R in the garden of the home they share in Lagoa Santa – north of Rio de Janeiro.

And Hulk – who sensationally revealed he was dating Camila after ending his 12-year relationship with ex-wife Iran Angelo in July 2019 – said as he cuddled up to her: “Zaya doesn’t stop growing.

“Thank you for everything God. I love you so much my darling.”

The striker went public again with his feelings for his new partner after she revealed their first child was going to be a girl.

He spent time with the youngsters over the weekend, taking them to watch him score two goals in his side’s 2-0 win over Juventude on Saturday and extend their lead at the top of Brazil’s Serie A to 11 points.

Camila was also in the crowd with friends.

Hulk’s ex accused the footballer and his new partner of ‘cutting her flesh like a knife’ in October shortly after they announced the pregnancy.

She previously claimed she treated Camila like her own daughter and said being ditched by the footballer she felt like she was ‘burying her alive’.

Hulk announced in September Iran’s niece was pregnant with his fourth child after reports of their relationship surfaced late last year.