IT IS sport’s most unlikeliest bromance – a weird friendship that will be pushed and stretched to its limits on Sunday.

Maverick Nick Kyrgios and serial winner Novak Djokovic make unnatural bedfellows, especially as they have spent the past few years slagging each other through the press.

Novak Djokovic is aiming to win a seventh Wimbledon title and fourth in a rowCredit: Getty 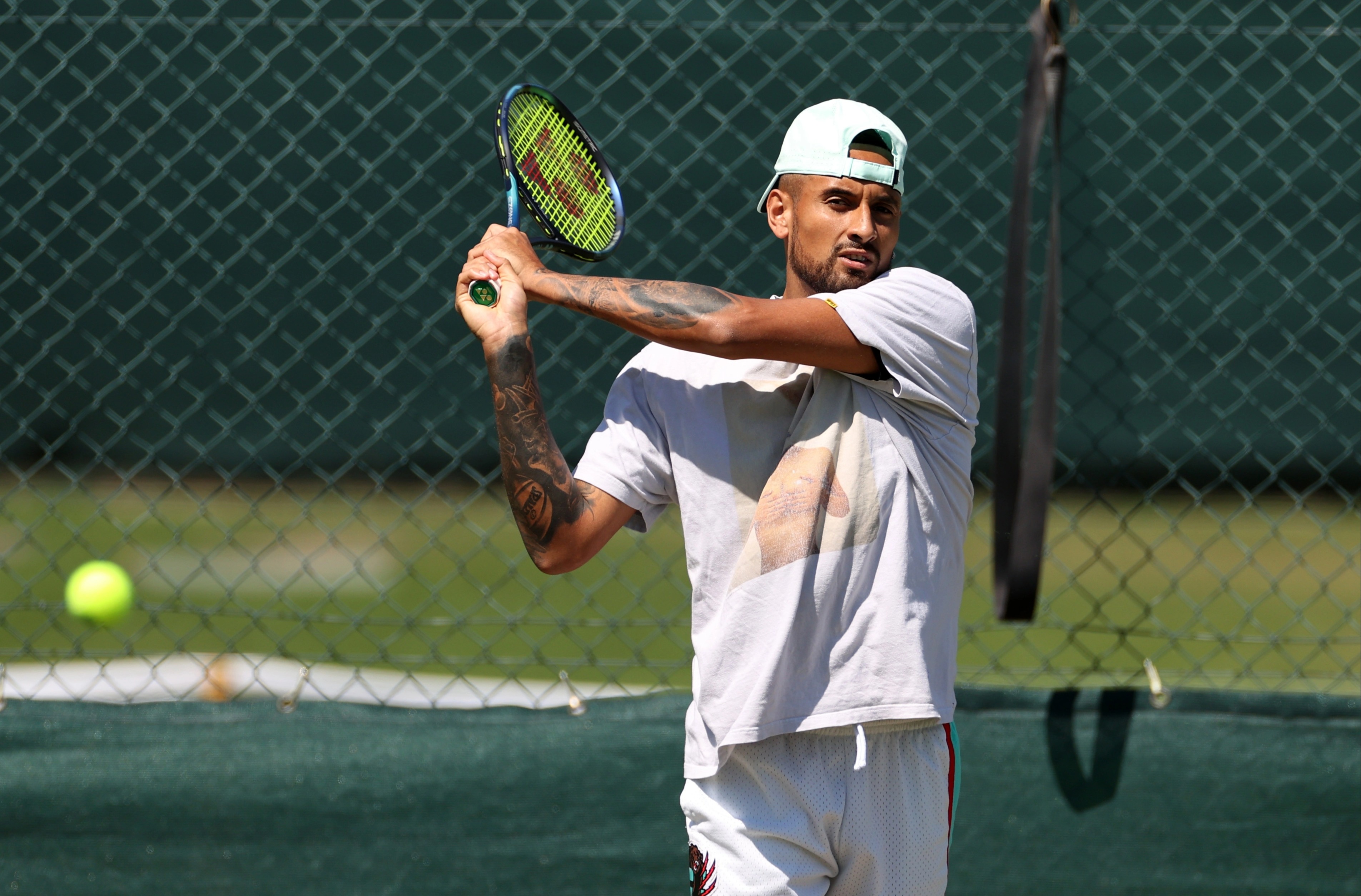 Nick Kyrgios is the man in his way with the Australian yet to appear in a major finalCredit: Getty 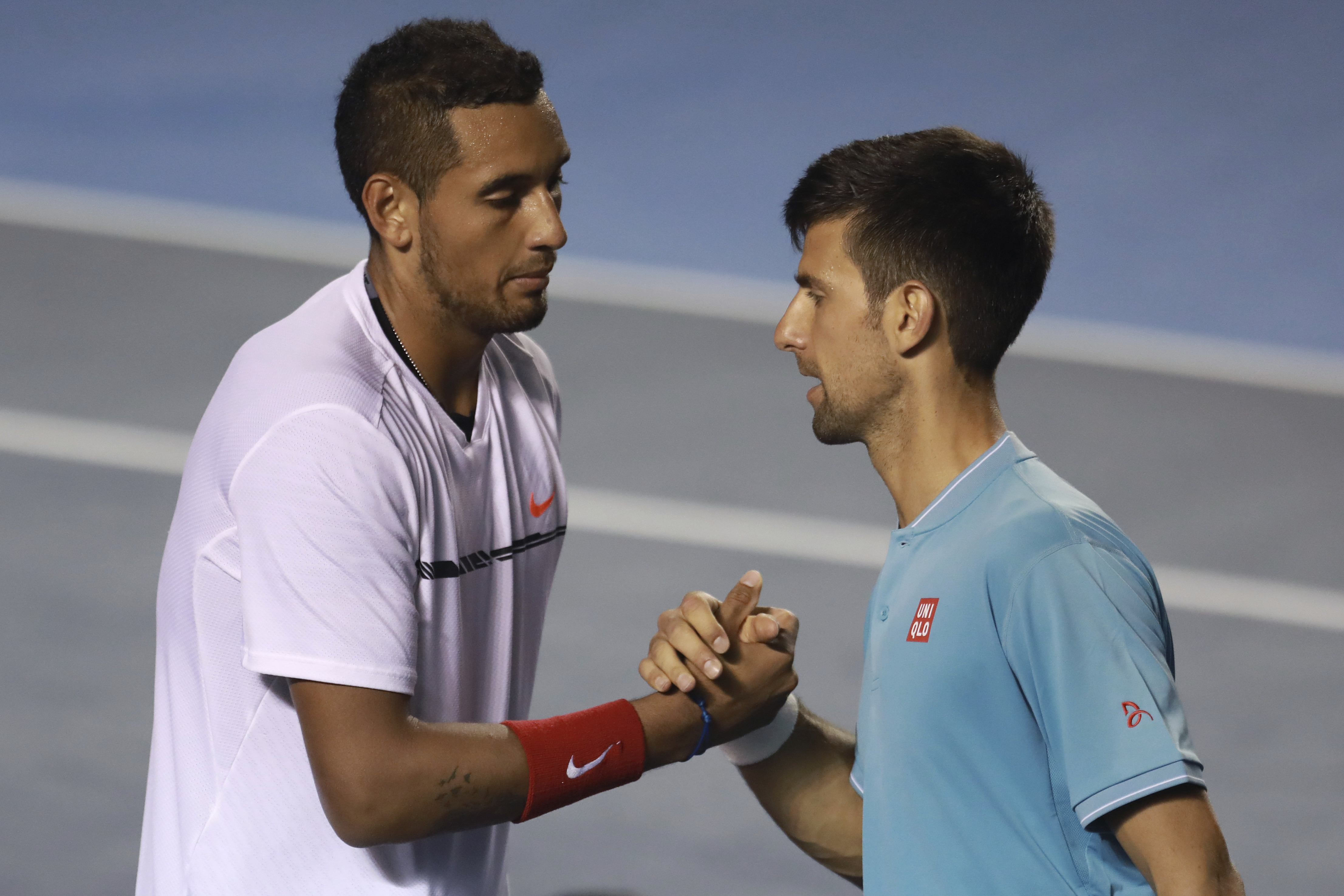 The pair have only met twice before with the Serb losing both timesCredit: Getty

Most of the verbal volleys have come from the Australian’s mouth, who once labelled the “cringe-worthy” Serbian a “tool” over his Covid demands and having a “sick obsession with wanting to be being liked”.

In return, Djokovic said he does not have “much respect” for the outspoken Aussie away from the tennis court.

And yet they formed a surprise alliance during Djokovic’s controversial deportation from Melbourne before the Australian Open in January.

Kyrgios was one of the few to stand up for Djokovic in a moment of crisis as he was sent on a plane back home due to his unvaccinated status. 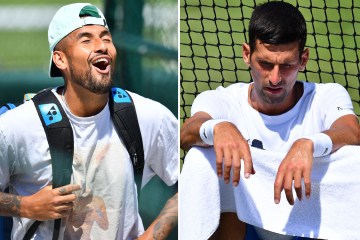 Kyrgios, 27, laughed: “We definitely have a bit of a bromance now, which is weird.

“Everyone knows there was no love lost for a while there. It was healthy for the sport.

“Every time we played each other, there was hype around it. It was interesting for the media, the people watching.

“I felt like I was almost the only kind of player and someone to stand up for him with all that drama at Australian Open. 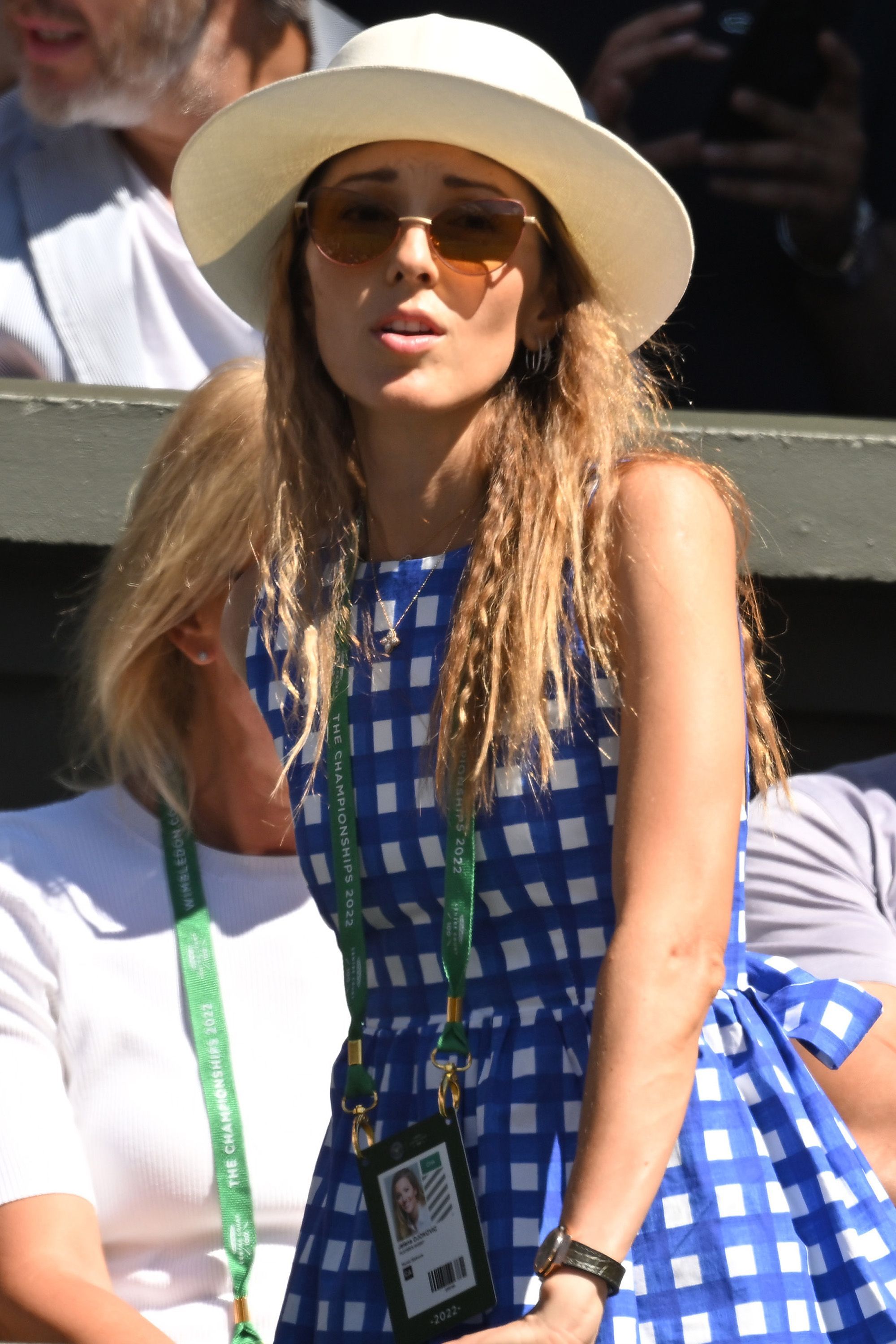 Jelena will be cheering on her husbandCredit: Getty 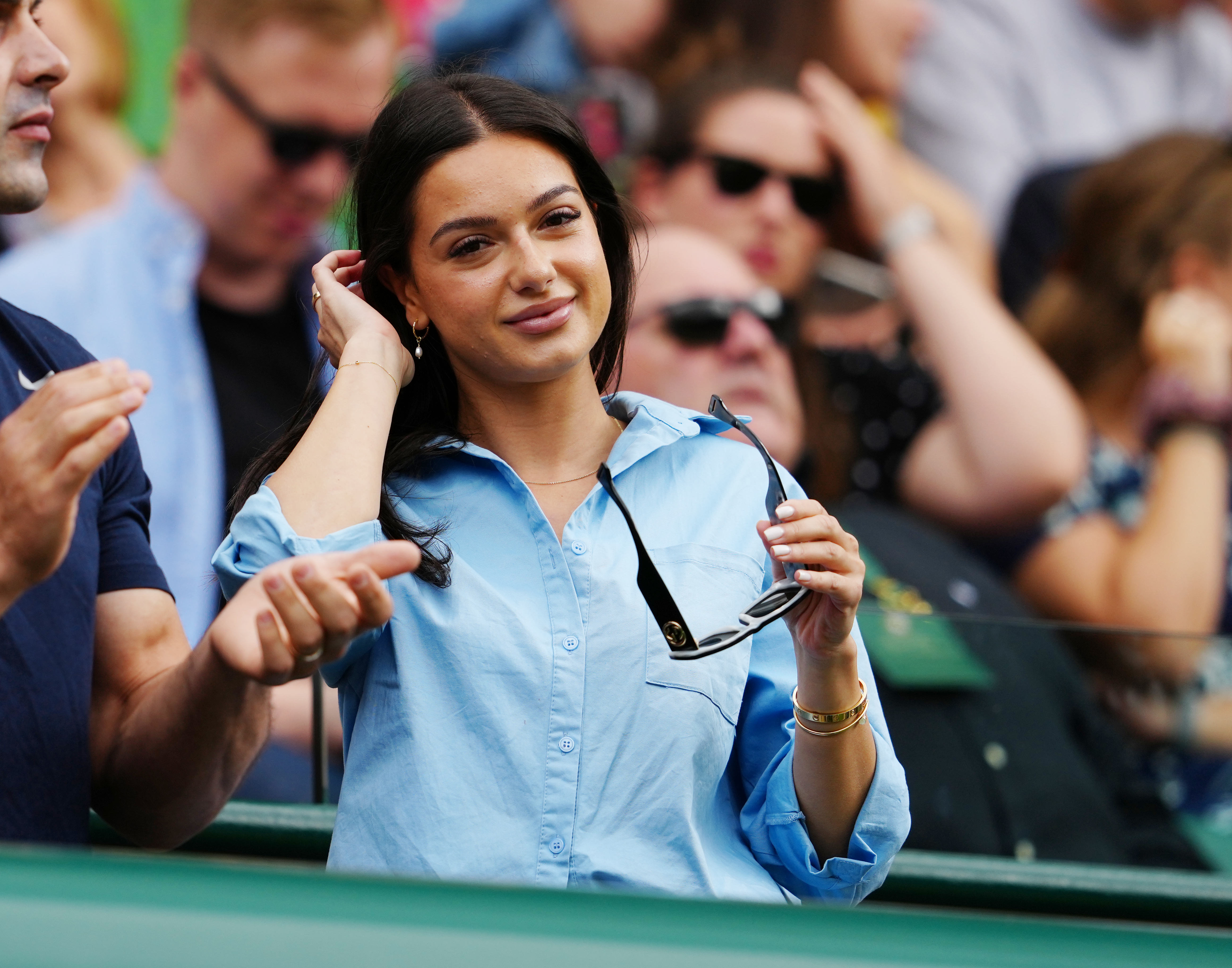 “I feel like that’s where respect is earned. Not on the tennis court. But when a real life crisis is happening and someone stands up for you.

“We actually message each other on DMs in Instagram now. It’s real weird.

“Actually, earlier in the week, he was like, ‘Hopefully I’ll see you Sunday…’”

Djokovic downplayed the “bromance” but acknowledged they “definitely have a better relationship than what it was probably prior to January this year”.

And on the eve of the final, he shared a post on his Instagram story after Kyrgios asked: “We friends now?”

Djokovic replied: “If you are inviting me for a drink or dinner, I accept. P.S Winner of tomorrow pays.”

The 20-time Grand Slam champion said: “When it was really tough for me in Australia, he was one of the very few players that came out publicly and supported me.

“That’s something I truly appreciate. So I respect him for that a lot.”

Naturally, Djokovic is the overwhelming favourite to win a fourth Wimbledon title in a row – only Bjorn Borg, Peter Sampras and Roger Federer have achieved that consecutively in the Open Era,

Kyrgios, however, has won the two previous meetings – in Acapulco and Indian Wells in 2017 – and given his tendency to rant and rave, he could easily wind up his opponent and the crowd.

The world No40 told the media last week that if he wins a maiden Slam then don’t expect him to start walking in the footsteps of Djokovic, Roger Federer and Rafa Nadal.

He said: “I don’t think that myself or other guys are able to fill those shoes.

“You’ll never see someone wield a racquet like Roger, so effortlessly. 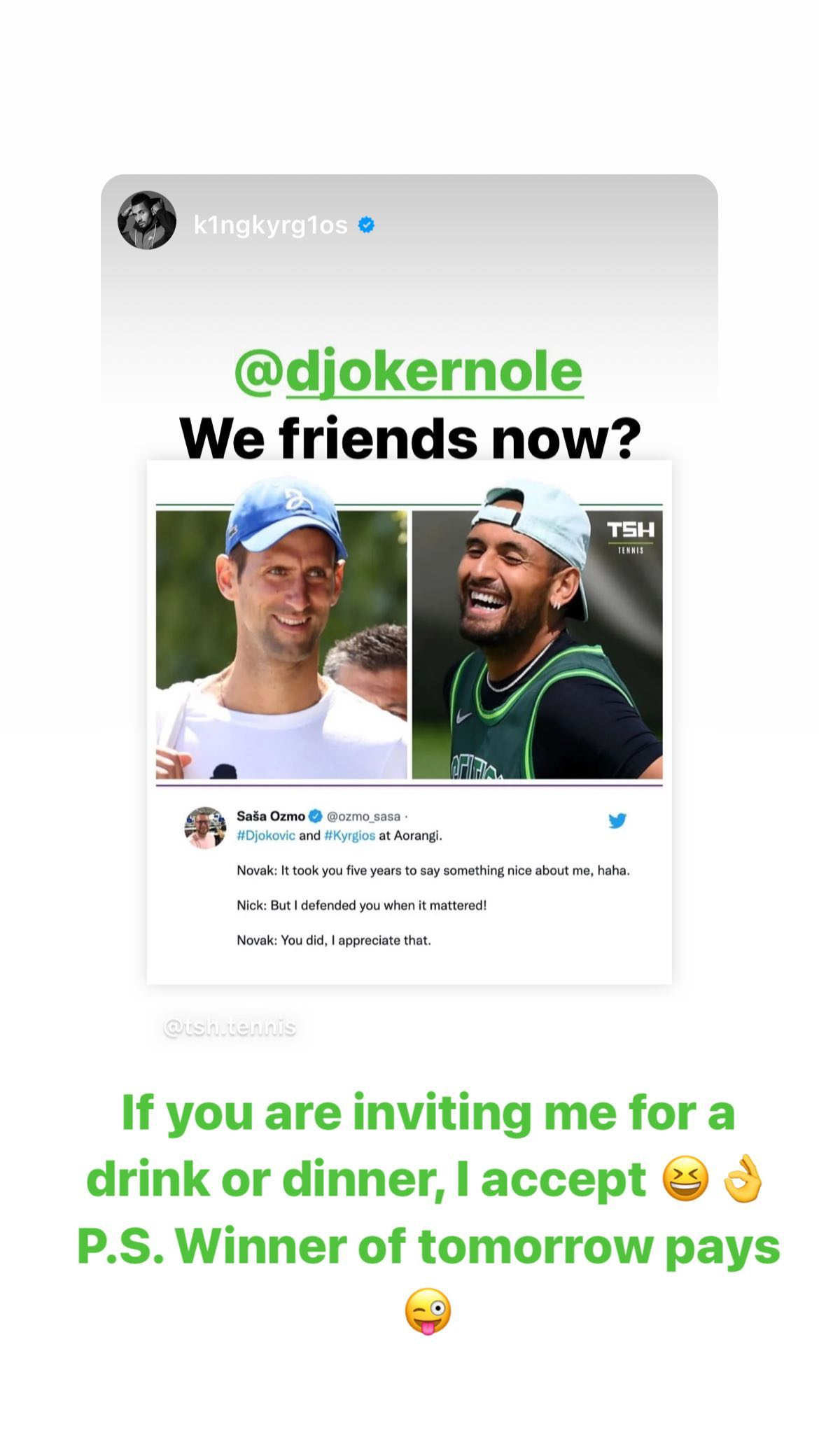 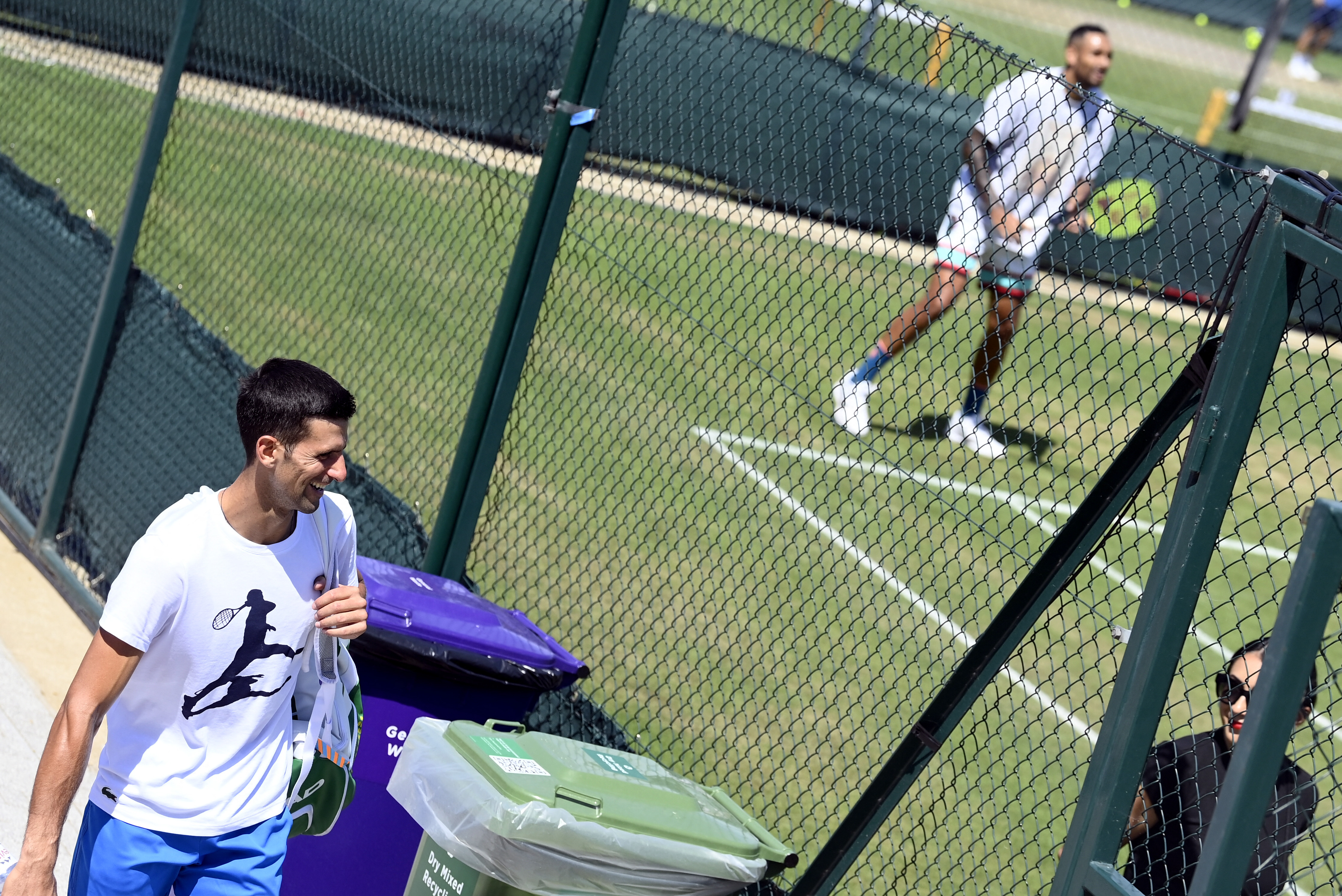 Djokovic grabbed a cheeky look at the Kyrgios practice session on SaturdayCredit: Reuters

“You’ll never probably see anyone who just wins and plays the game than Djokovic.

“If I ever am able to lift a Grand Slam trophy, please don’t put the pressure on me to do another one.

“It’s going to be a sad day when they go. As humans, we take for granted how good athletes are at times. Federer, Nadal, Djokovic, these guys are, like, so rare.”

It will be interesting to see if this new-found respect continues when so much is on the line on a baking hot afternoon.

For Djokovic, who will be cheered on by wife Jelena, this could be his last major appearance before the 2023 Roland Garros tournament – he can’t play in the US due to being unvaccinated and he is barred from Australia.

For Kyrgios, who will have girlfriend Costeen Hatzi in his corner, this could be his one shot at glory, the only chance to shoot down the critics who say he has been wasting his God-given abilities.

Djokovic, 35, added: “These are the occasions which Nick loves, where he thrives, on a big stage.

“Honestly, as a tennis fan, I’m glad that he’s in the finals because he’s got so much talent.

“On and off the court, a lot of different things that were distracting him and he was not being able to get this consistency.

“For the quality player that he is, this is where he needs to be, and he deserves to be.”