THE winners of Saturday’s FA Cup final between Chelsea and Leicester are in line for a cool £1.8million transfer kitty boost.

Thomas Tuchel’s men face Brendan Rodgers’ Foxes at 5:30pm on Saturday and the losing team will receive just HALF the amount the winner gets. 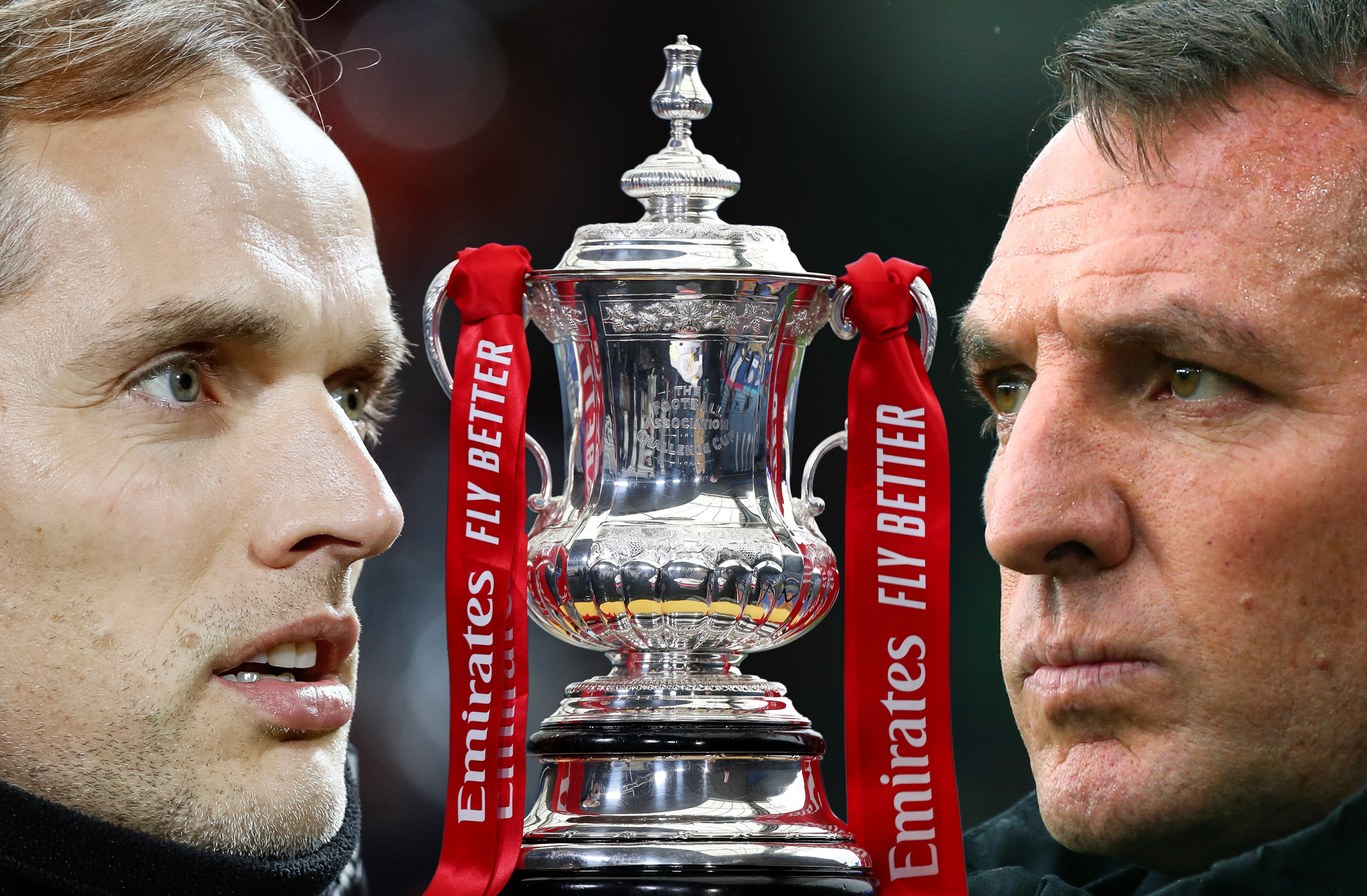 Chelsea and Leicester go head to head on Saturday night at WembleyCredit: Getty

Both teams are fighting it out for a Champions League spot in the Premier League with fourth placed Chelsea two points behind third placed Leicester.

But fans of both sides will forget all that at Wembley as they fight it out to win England’s biggest and most historic cup competition.

The winner of Saturday’s clash will walk away with £1.8m while the loser will pocket just £900k.

But both teams have already bagged decent cash on their run to the final.

Premier League teams enter the FA Cup at the third round stage where the winners get £61.5k – more than double than that of the losers who receive just £20,500.

The fourth round saw Chelsea and Leicester bag another £67.5k as they beat Luton and Brentford respectively.

After the Blues’ narrow 1-0 win at Barnsley and Leicester’s victory over Brighton by the same score in round five meant the FA had to wire another £135k each into their bank accounts while the defeated sides were given just £45k.

Winning quarter-finalists were sole winners of £360k before the prizes ramped for the semis played at Wembley. 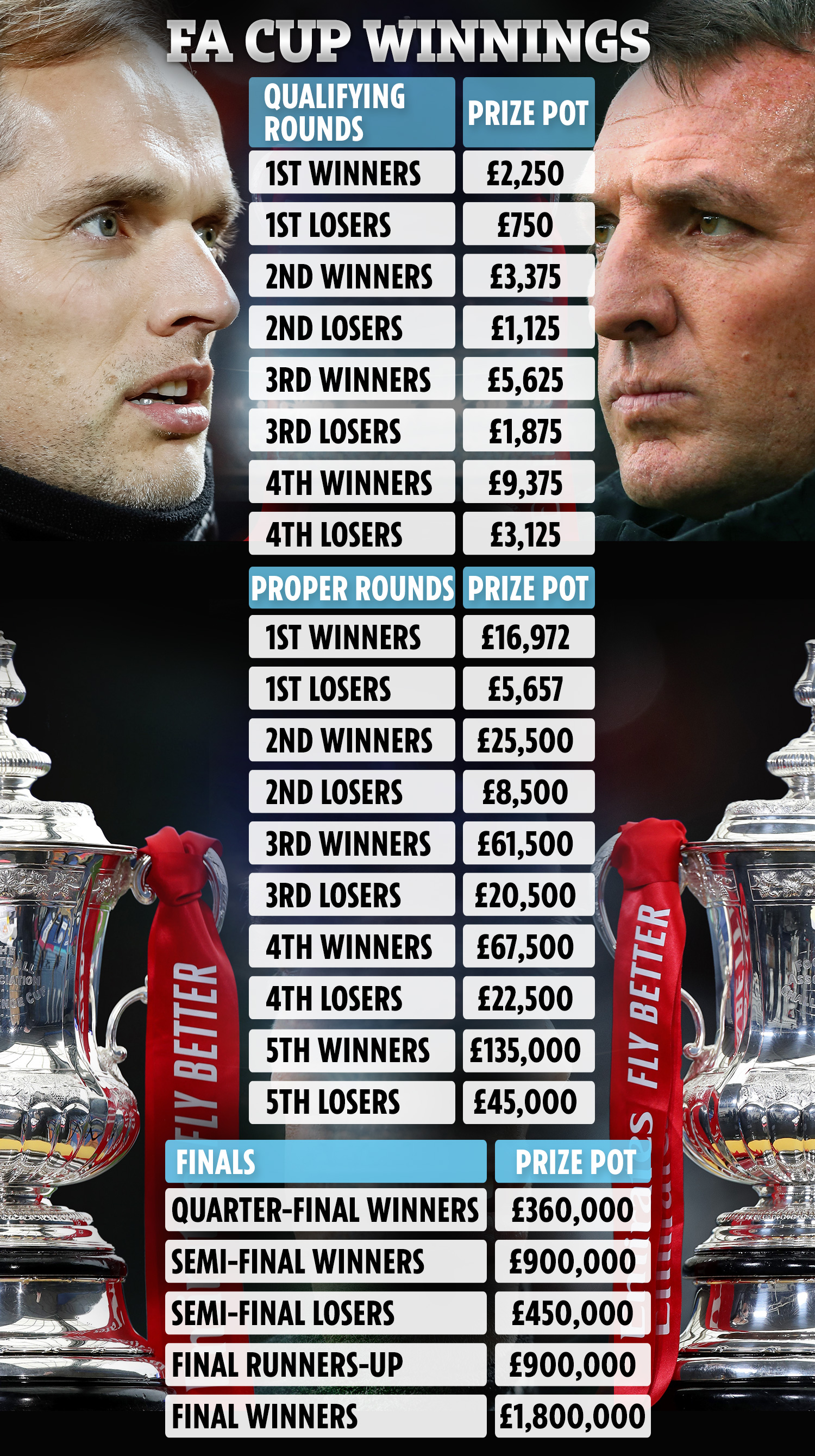 And Leicester managed to overcome Southampton thanks to Kelechi Iheanacho’s effort which was spookily scored in the 55th minute – exactly the same minute as Ziyech’s goal.

The teams bagged a cool £900k each for those wins putting their total pre-final winnings at £1.524m each.

Leicester boss Rodgers is not thinking about the money and has vowed to end the Foxes’ long wait for FA Cup glory.

And if he wins at Wembley, the Foxes boss will dedicate it to the club’s late owner Vichai Srivaddhanaprabha and his family.

The FA Cup has proved elusive for four-time finalists Leicester, who hold the record for reaching the most finals without winning it. 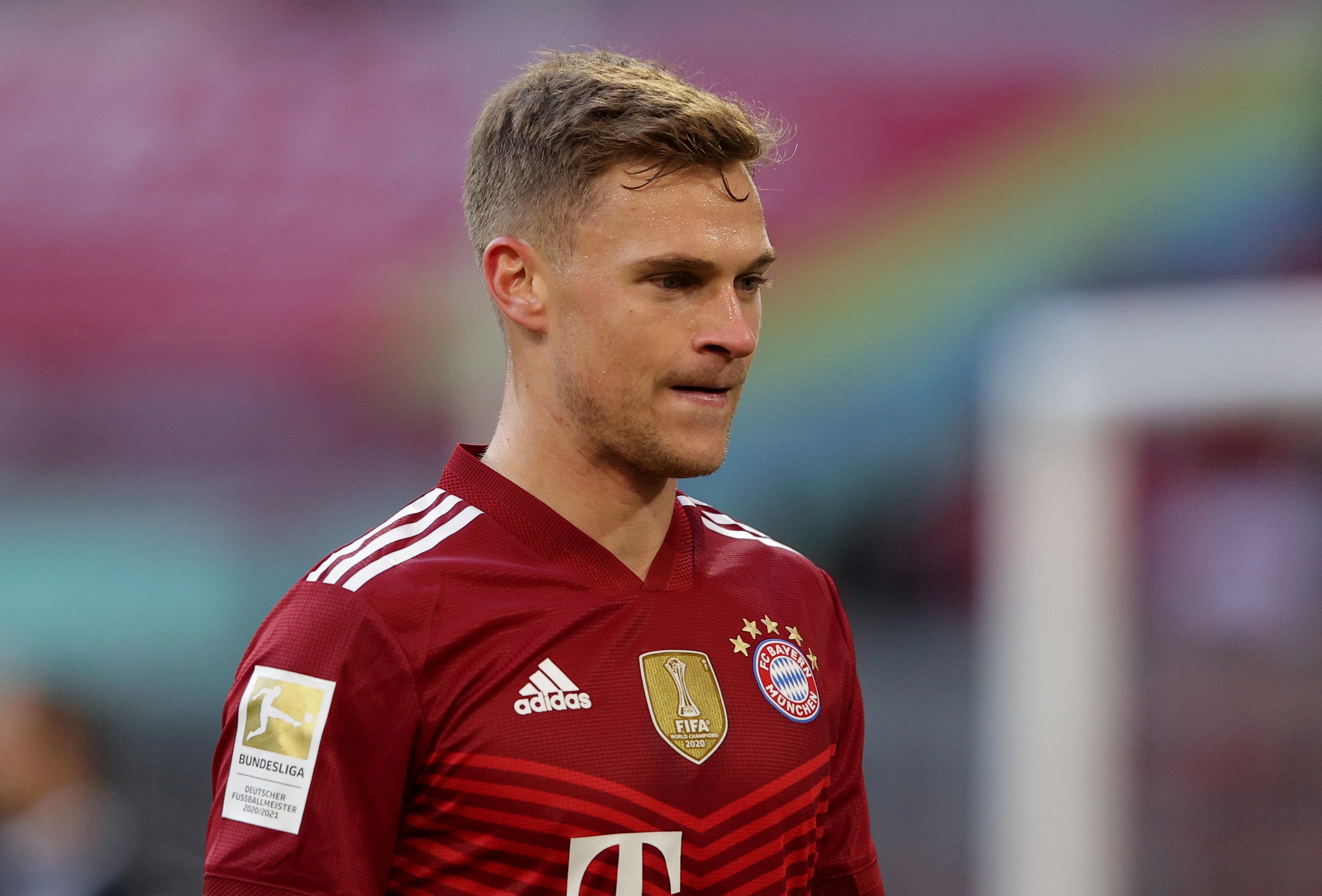