MANCHESTER UNITED boss Erik ten Hag could be forced into a squad reshuffle just one week into pre-season following the shock revelation that Cristiano Ronaldo wants to leave the club.

The five-time Ballon d’Or winner, 37, made his request to club chiefs earlier this week, asking to be sold if a satisfactory offer is made. 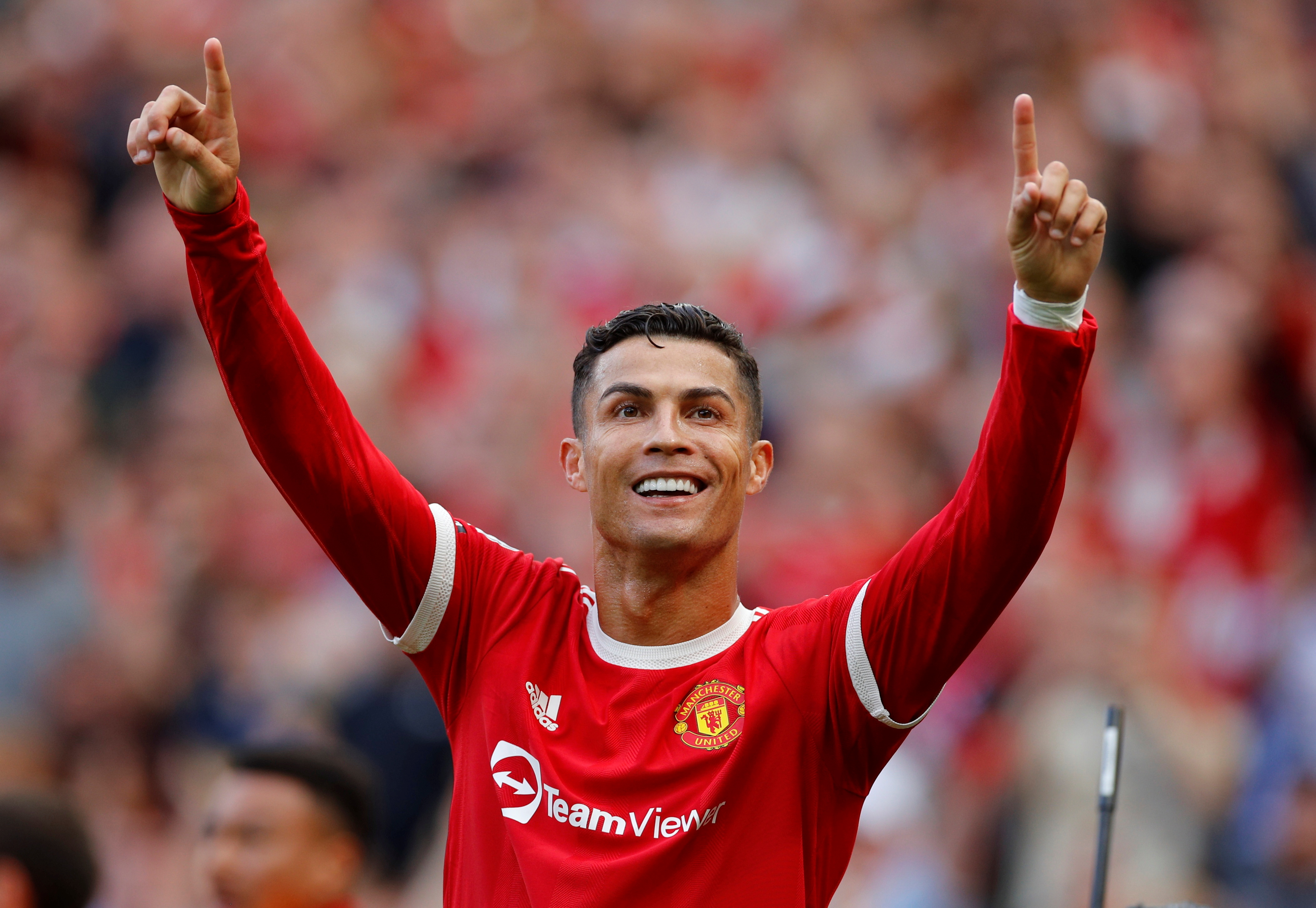 This could put Ten Hag’s plans for next season into turmoil as Ronaldo was expected to lead the line following the departure of Edinson Cavani.

So here, SunSport take a look at how the Red Devils could line up if the Portuguese superstar does move on while also considering potential summer additions.

Ten Hag’s preferred formation at Ajax was a 4-2-3-1 and given the talent United currently have in their ranks it would be no surprise to see him integrate this from the off.

We exclusively revealed this weekend that Serge Gnabry has emerged as a top target for United. 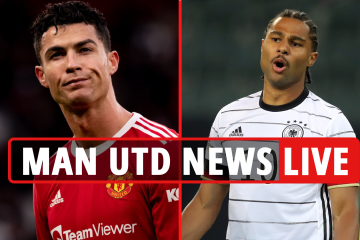 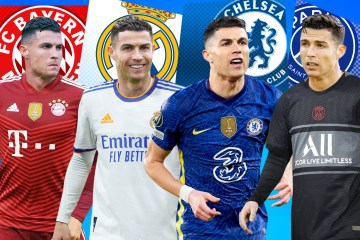 The German winger has refused to commit his future to Bayern Munich and recently turned down a contract offer worth £200,000-a-week.

He has just one year left on his current deal so the Bundesliga giants are said to be open to selling him for a bargain £35million fee.

However, it will not be a straightforward task with rivals Manchester City and Arsenal also interested.

Ten Hag is also looking to strengthen on the opposite side of the pitch and wants Brazilian winger Antony to fill the role.

Antony, 22, shone under the management of the Dutchman at Ajax, winning two Eredivisie titles.

He can play on either side but Ten Hag may choose to put him on the left given the fact it is his preferred foot.

Bruno Fernandes is likely to keep his spot in the attacking midfield position while former outcast Donny van de Beek has been promised a spot in the squad by his former Ajax coach.

He is likely to partner the club’s top transfer target Frenkie de Jong, who is expected to join from Barcelona.

Man Utd have already reached an initial £56m deal plus add-ons with the Spanish giants for De Jong, but personal terms have not yet been agreed.

New boy Tyrell Malacia could slot straight into the left back position when he officially joins the club.

The Red Devils are set to make him their first summer signing in a £15m transfer from Feyenoord.

He will likely start in defence alongside Harry Magire, Raphael Varane and Diogo Dalot with David De Gea retaining his place in goal following the departure of Dean Henderson.

United have not made signing a new striker a priority just yet, but until they do Swedish sensation Anthony Elanga could step into the position.

He also became Man Utd’s youngest ever goalscorer in the Champions League knockout stages when he netted a crucial equaliser against Atletico Madrid. 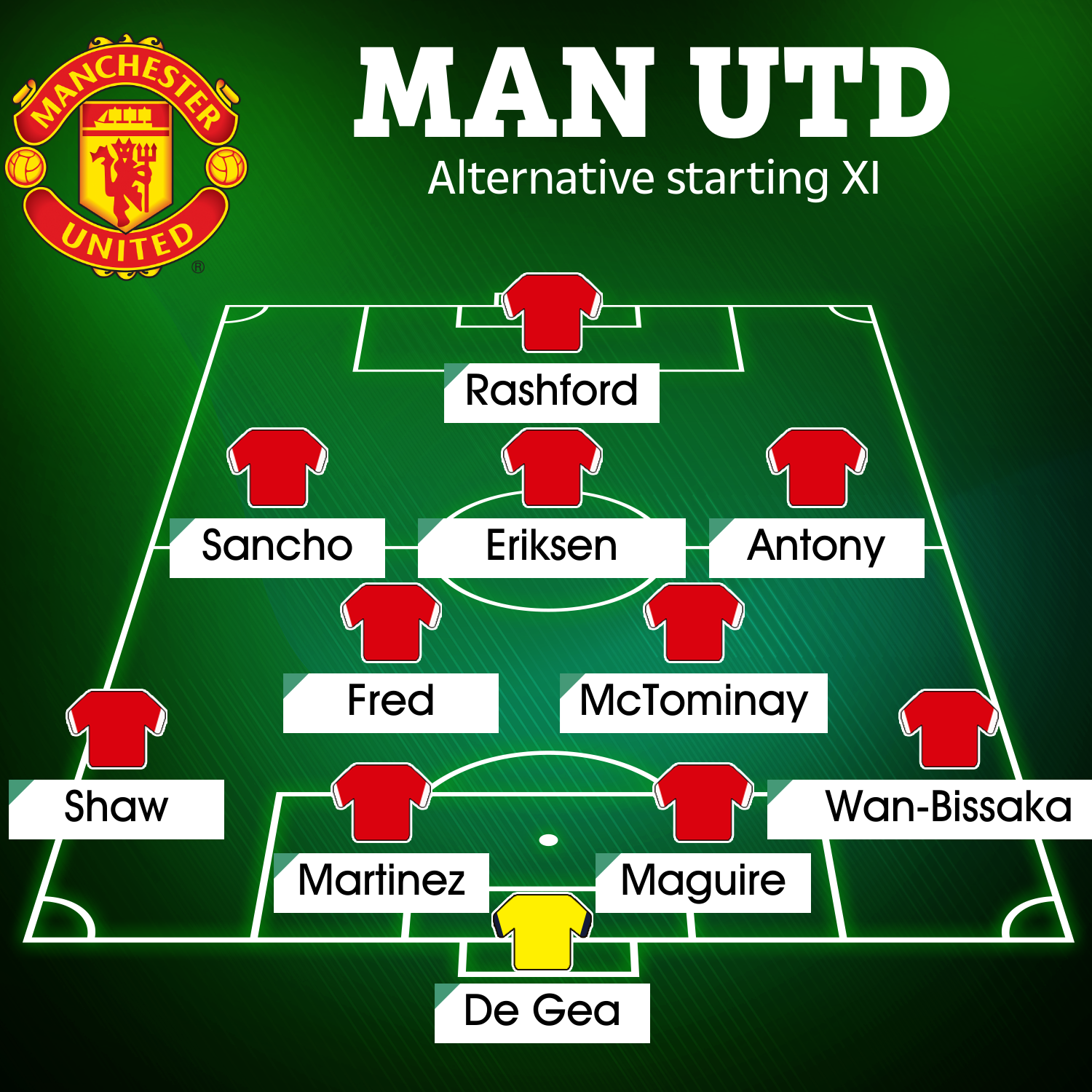 In terms of alternative options, the Red Devils still have the ability to provide quality in all areas of the pitch.

Jadon Sancho could step in as a winger on either side, but Ten Hag could use the 22-year-old’s versatility by playing him in a more central attacking position.

Free agent Christian Eriksen has emerged as another transfer target so he could fit in nicely alongside Fernandes to offer another attacking outlet.

Ten Hag is also on the hunt for a centre-back that can significantly bolster the defence.

A £39m bid for Lisandro Martinez has been submitted, but the club face stiff competition from Arsenal for his signature.

The Argentine defender can also play as a left back which offers another back-up if Luke Shaw is unavailable.