MANCHESTER UNITED travel to Roma for the second-leg of their Europa League semi-final on Thursday.

And Ole Gunnar Solskjaer looks set to welcome David De Gea and Eric Bailly back into the side. 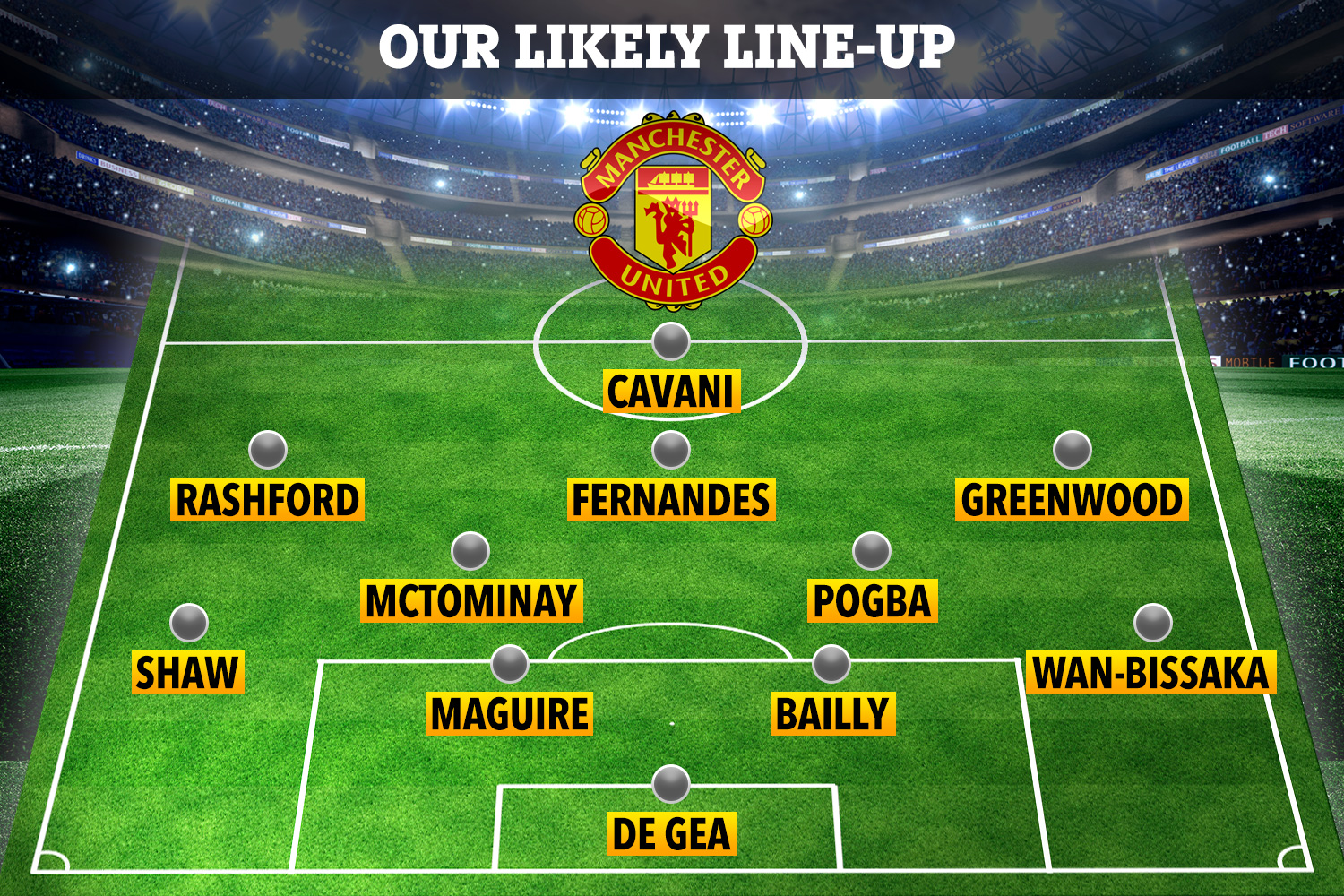 How Man Utd could line up against Roma

The Red Devils lead 6-2 after the first-leg at Old Trafford.

Goals from Bruno Fernandes (2), Edinson Cavani (2), Paul Pogba and Mason Greenwood gave United the emphatic win over the Italian side.

And even with their two away goals from Lorenzo Pellegrini and Edin Dzeko, Roma still have to win by four clear goals – providing United score less than two – to progress to the final.

United are rested going into the game after fan protests saw their scheduled Premier League game against Liverpool on Sunday cancelled.

Which means Solskjaer will feel more confident naming his strongest XI to make sure they reach the final.

De Gea has been the Europa League goalkeeper of late and will likely replace Dean Henderson in the sticks.

Bailly is available for selection again having recovered from coronavirus and could slot in at centre-back to give either Harry Maguire or Victor Lindelof a break.

Greenwood and Cavani were named on the bench for the Liverpool game that never was – suggesting their boss was resting them to start Thursday. 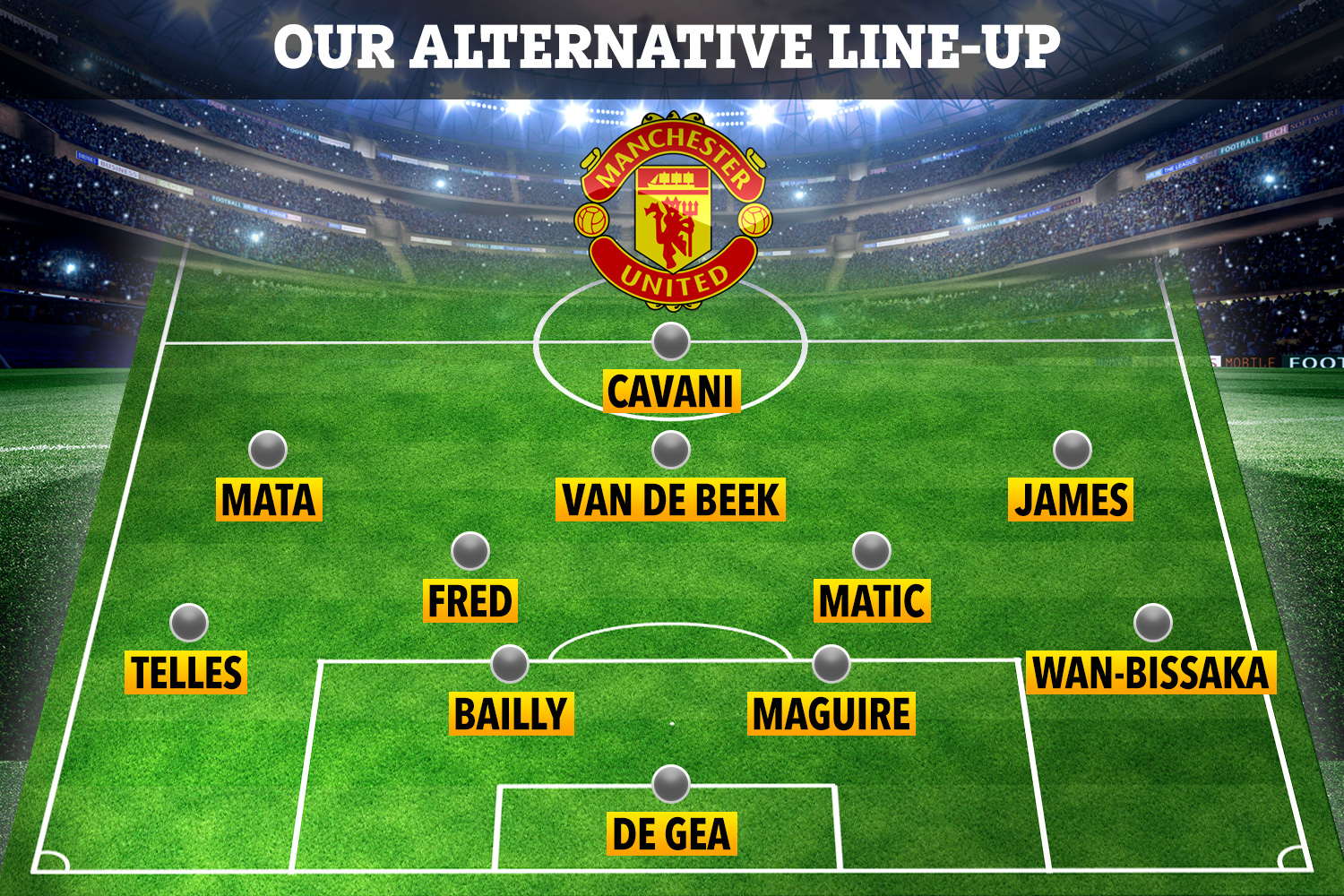 Although Solskjaer is not likely to take any risks with his selection, he may decide it is a good opportunity to give fringe players some game time given his side’s huge lead.

That could see Juan Mata, Dan James and Donny van de Beek slotting into midfield with Fred and Nemanja Matic.

Alex Telles could also replace Luke Shaw at left-back with the big guns on the bench and available to call upon if needed.

United’s team coach was given a police escort to the airport after the scenes at Old Trafford on Sunday raised security concerns.