MANCHESTER UNITED are waiting to see whether Aaron Wan-Bissaka will be passed fit for Saturday’s trip to Norwich.

The right-back had to be stretchered off the pitch at the end of United’s 1-1 draw against Young Boys on Wednesday.

Wan-Bissaka had to be stretchered off the pitch on WednesdayCredit: Getty 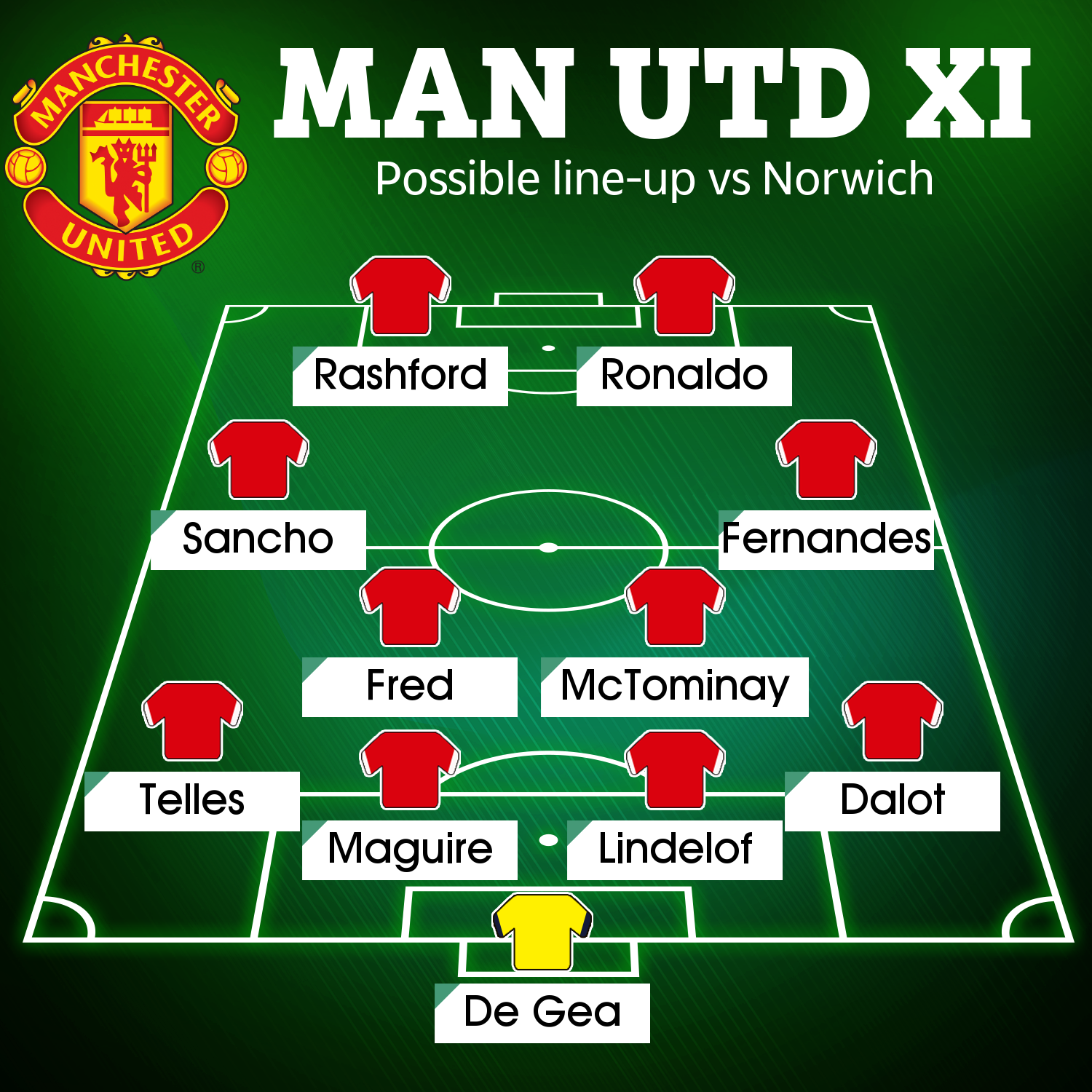 Ralf Rangnick confirmed after the game that he had suffered injuries to both his wrist and knee.

Should he not be able to play then Diogo Dalot is primed for another Premier League start.

The Portuguese right-back has been in from the beginning in the last two games against Crystal Palace and Arsenal, impressing on both occasions.

Elsewhere Raphael Varane and Edinson Cavani will NOT be involved against the Canaries.

That could see Rangnick name an unchanged team from the side that beat Palace at the weekend.

United confirmed that both players are back in training, but neither will be rushed back into action with a busy festive period almost in full swing.

Varane has been out for nearly a month after picking up a hamstring injury in the 2-2 Champions League draw against Atalanta.

Cavani meanwhile has been side-lined for the last nine games after aggravating an old injury in the 3-0 win against Tottenham.

French duo Anthony Martial and Paul Pogba are also both out, although Martial’s injury is not thought to be serious.

Cristiano Ronaldo and Marcus Rashford are primed to lead the line, with Bruno Fernandes and Jadon Sancho behind them.

Alex Telles could also keep his spot at left-back after Luke Shaw was chosen for midweek Champions League duty.

Victor Lindelof is expected to partner Harry Maguire in the heart of defence until Varane makes his return.

Alternatively, Rangnick could reward Mason Greenwood for his man-of-the-match performance in midweek with a starting berth on Saturday. 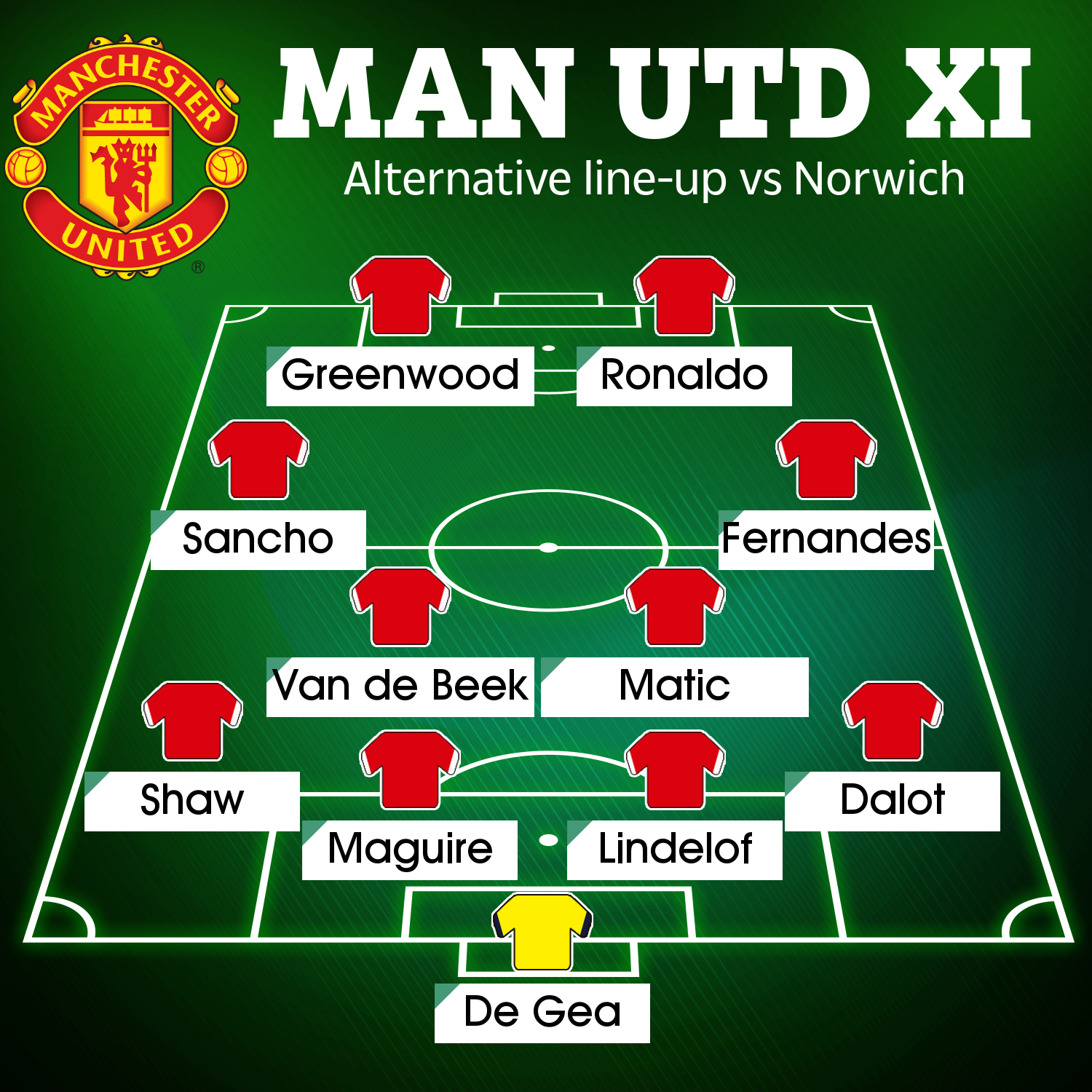 He could also offer Donny van de Beek another chance to impress after he failed to grab his chance on Wednesday.

Nemanja Matic may get the nod if Rangnick decides to freshen things up in midfield.

And finally he could opt to start Shaw at left-back again after the England star put in an assured performance against Young Boys.

Three points on Saturday would draw United level on points with fourth-placed West Ham, with the Hammers travelling to Burnley a day later.

Another away trip follows Saturday’s visit to East Anglia, with Rangnick and Co taking on fellow promoted side Brentford in London on Tuesday.