INTER MILAN could have changed the course of football’s history if they had landed Lionel Messi in 2006 for a staggering £225million.

The Serie A giants were unsuccessful with an audacious bid to wrestle the Argentine maestro away from Barcelona aged just 19. 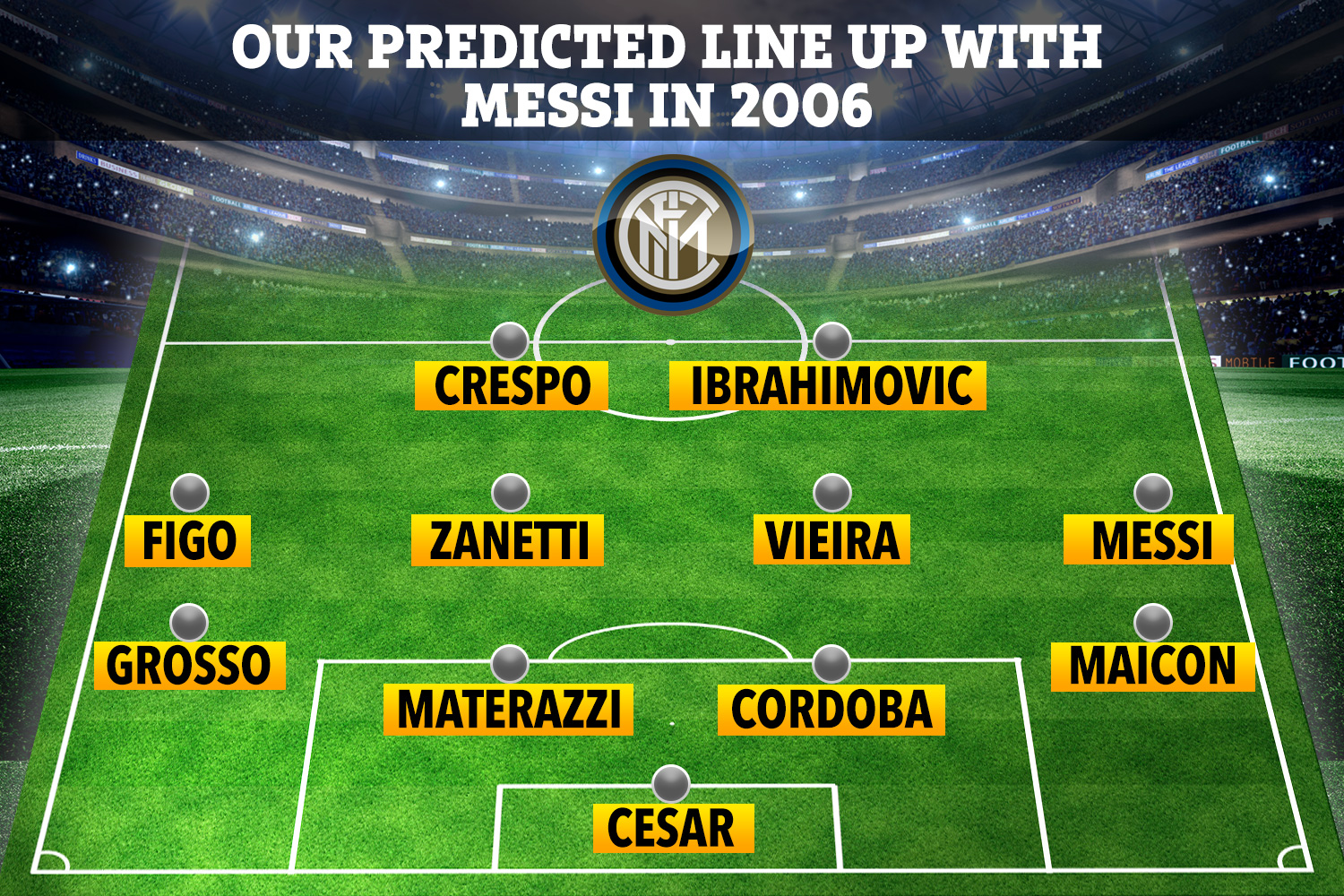 The Italian side offered nearly FIVE times more than the world record transfer fee at the time to try and add Messi to their star-studded line-up.

The £46.6m Real Madrid paid for Zinedine Zidane was still leading the way 15 years ago.

Messi could have slotted into an Inter side coached by former Manchester City boss Roberto Mancini.

The Barca skipper could have landed himself a role on the right wing with another former Catalan giant in Luis Figo on the left.

Zlatan Ibrahimovic is still banging in the goals for AC Milan as he approaches his 40th birthday in October.

But back then the Swede was strutting his stuff for arch rivals Inter at the San Siro.

And he formed a dynamic strike partnership with ex-Chelsea star and Messi’s compatriot Hernan Crespo.

Club stalwart Javier Zanetti was a regular in central midfield as well as at full-back and was often partnered by Arsenal invincibles skipper Patrick Vieira.

At right-back Brazilian Maicon bombed down the wing but would later be remembered for the way he was dismantled by a rampaging Gareth Bale.

Fabio Grosso was the Inter left-back fresh from the summer of his life after he scored the penalty that won Italy the 2006 World Cup in the final shoot-out against France.

Another man who made headlines at that year’s World Cup was Marco Materazzi after he was headbutted by Zidane in the final.

The Italian centre-back formed a solid partnership with Colombian Ivan Cordoba in the heart of the defence.

Between the sticks was former Brazilian No1 Julio Cesar.