The Spanish midfielder, 25, spent two years on loan with the Gunners from 2019 but struggled to impress in the Premier League.

Dani Ceballos, pictured on Karim Benzema’s back at full-time, came on for Madrid in the Champions League finalCredit: AP 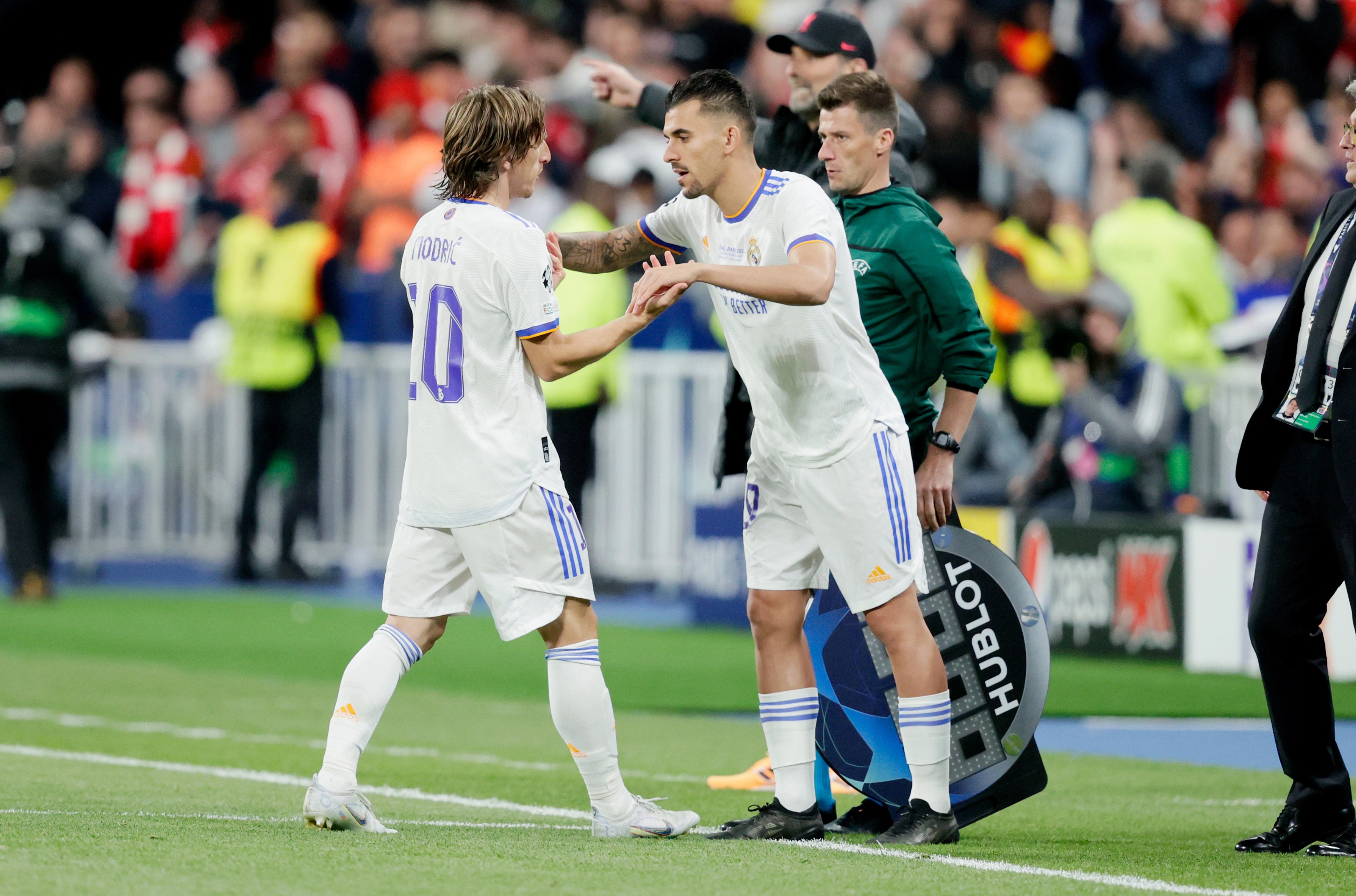 He featured 49 times for them in the top-flight and failed to score once during his time at the Emirates.

However, after returning to the Bernabeu last summer, those miserable days in North London were a very distant memory for Ceballos this evening in Paris.

Vinicius Jr was the hero for Real Madrid as his goal defeated Liverpool in the Champions League final in Paris.

But it was the sight of Ceballos coming off the bench that left Arsenal supporters flummoxed.

He replaced Luka Modric in the 90th minute of the showpiece – and even had an opportunity to get his name on the scoresheet.

Ceballos got in behind the defence to go clear on goal but his lack of pace and composure proved costly as he allowed the backtracking opposition to clear it for a corner.

But it mattered little in the end as he got his hands on the trophy moments later after the full-time whistle – his second winner’s medal in the competition with Madrid – and Gooners could not quite believe it.

One tweeted: “Dani Ceballos coming on in a Champions League final. Feel like I’m in the matrix.”

Another asked: “How has this happened?”

As a fellow Arsenal supporter wrote: “Seeing Dani Ceballos come on in a Champions League final hurts all parts of my brain.”

And another said: “Dani Ceballos is a champions league winner. Life is so confusing at times.”