BUKAYO SAKA looks set to return to the England side at the expense of Jadon Sancho for the crunch clash with Denmark.

The Arsenal ace, 19, was given the nod in last week’s epic 2-0 victory over Germany in front of a raucous Wembley.

Gareth Southgate has some key decisions to make ahead of the Denmark clashCredit: AP 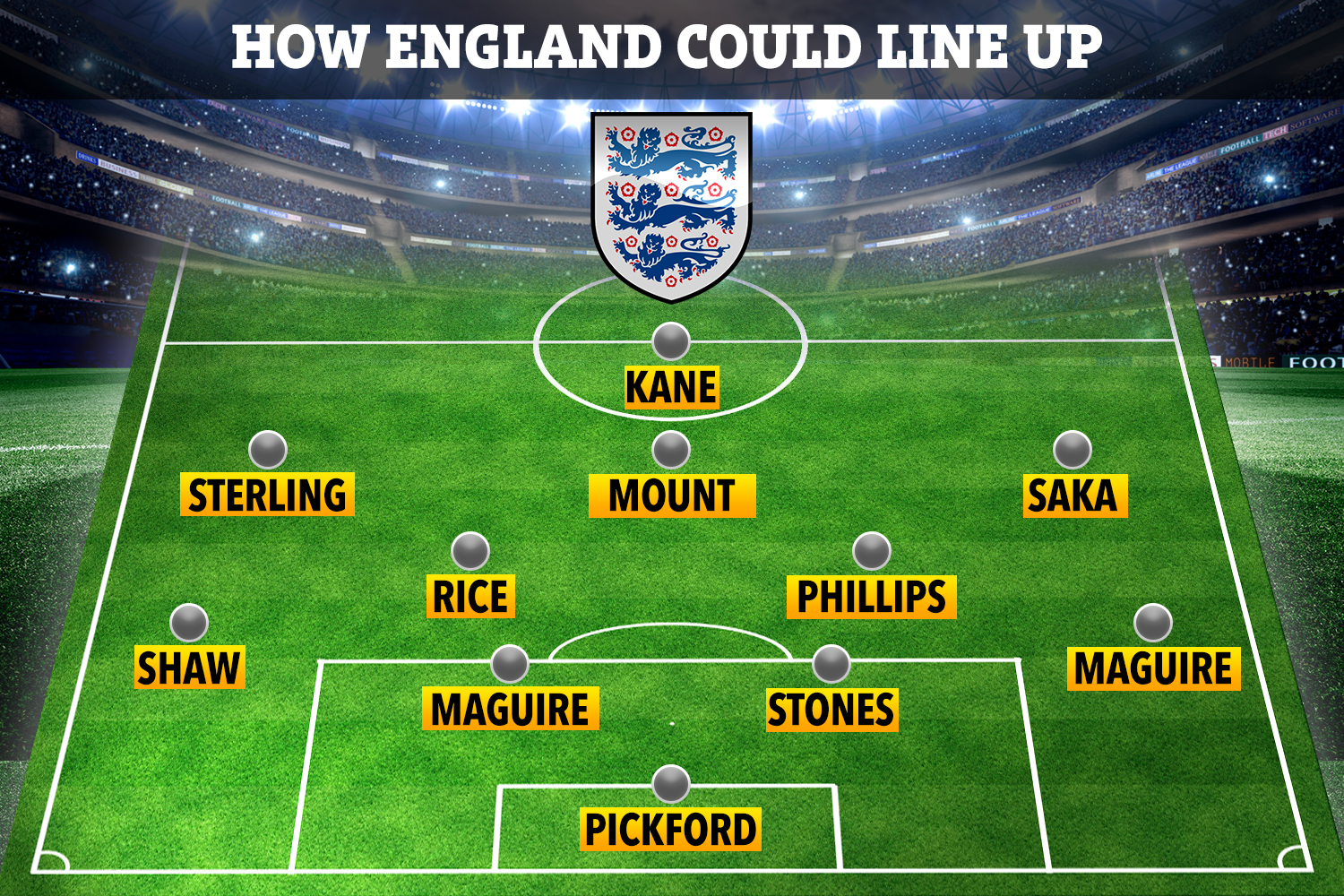 Unfortunately the attacker picked up a knock and missed out on the squad that travelled to Rome to face Ukraine on Saturday.

Sancho, who will complete his transfer from Borussia Dortmund to Manchester United after Euro 2020, stepped in and impressed as the Three Lions romped to a 4-0 win to set-up the semi-final showdown.

But it seems that was not enough to convince England boss Gareth Southgate to stick with him as his team look to secure a place in the final of Euro 2020.

Harry Kane and Raheem Sterling, both on three goals apiece at the tournament, are 100 per cent automatic starters.

That leaves Southgate with a decision to make on who completes his trio of attackers at Wembley against the Danes.

However, it seems he has decided to recall teenager Saka after he demonstrated his abilities to pick the ball up deep and dribble straight through the opposition and help pull England up the pitch against the Germans.

Jordan Pickford will remain in goal – and looks to continue his run of clean sheets at the tournament- with the same back four of Kyle Walker and Luke Shaw at full-back, marshalled by the centre-half pairing of Harry Maguire and John Stones.

The partnership of Kalvin Phillips and Declan Rice in front of them has proven to be key to England’s rock-solid defence.

And Chelsea’s Mason Mount seems a cert to start ahead of them and help support Saka, Sterling and Kane in attack.

Should Southgate opt for this XI then it is not just disappointing news for Sancho.

It also means Jack Grealish will be left sat on the bench waiting to be unleashed.