WHILE it certainly appears that Arsenal striker target Dusan Vlahovic has played the Gunners to get a move to Juventus, there may be a slight positive.

One by-product might be that Mikel Arteta can now land midfield target Arthur Melo, as the Italian giants will need cash.

Arthur is on Arsenal’s radarCredit: Getty

Arsenal have been heavily linked with the ex-Barcelona midfielder for most of the window, and as a loan deal now seems quite possible, I wanted to look at why the deal makes sense.

The touted move has had a mixed reaction from the Arsenal fanbase, particularly if Juventus insist on an 18-month loan, rather than a deal to the end of this season.

Fans are concerned, especially after recent loans such as Denis Suarez and Dani Ceballos have not worked out.

However, in the case of Arthur, it is perhaps simply that a managerial change has seen him drop down the midfield pecking order at Juve, and that Arteta believes he can rejuvenate the player that played so well for Barcelona.

From the player’s perspective he has a strong motivation to regain his place in the Brazil squad ahead of the World Cup.

And Arsenal’s technical director, Edu, along with Arteta, seem to have convinced him that regular football in the Premier League will help his cause.

The question Arsenal fans are pondering is where Arthur might fit, given that his arrival might coincide with both Thomas Partey and Granit Xhaka being available again.

These two were part of the 4-2-3-1 platform for the team’s pre-Christmas revival and without them Arsenal have floundered.

So if they are both fit and ready, where would Arthur see his game time?

I think the clue lies in the slight tactical tweak between Partey and Xhaka that saw the Ghanaian more often the deeper of the two.

For so long Arsenal fans have felt it was an out an out defensive midfielder required as a long-term partner, able to release the box-to-box Partey, but perhaps Arteta has decided that he will look for a double pivot both able to shield when required and work offensively too.

When Barcelona agreed to sell Arthur, there was considerable surprise as the Brazilian was seen by most as the heir apparent to Sergio Busquets. 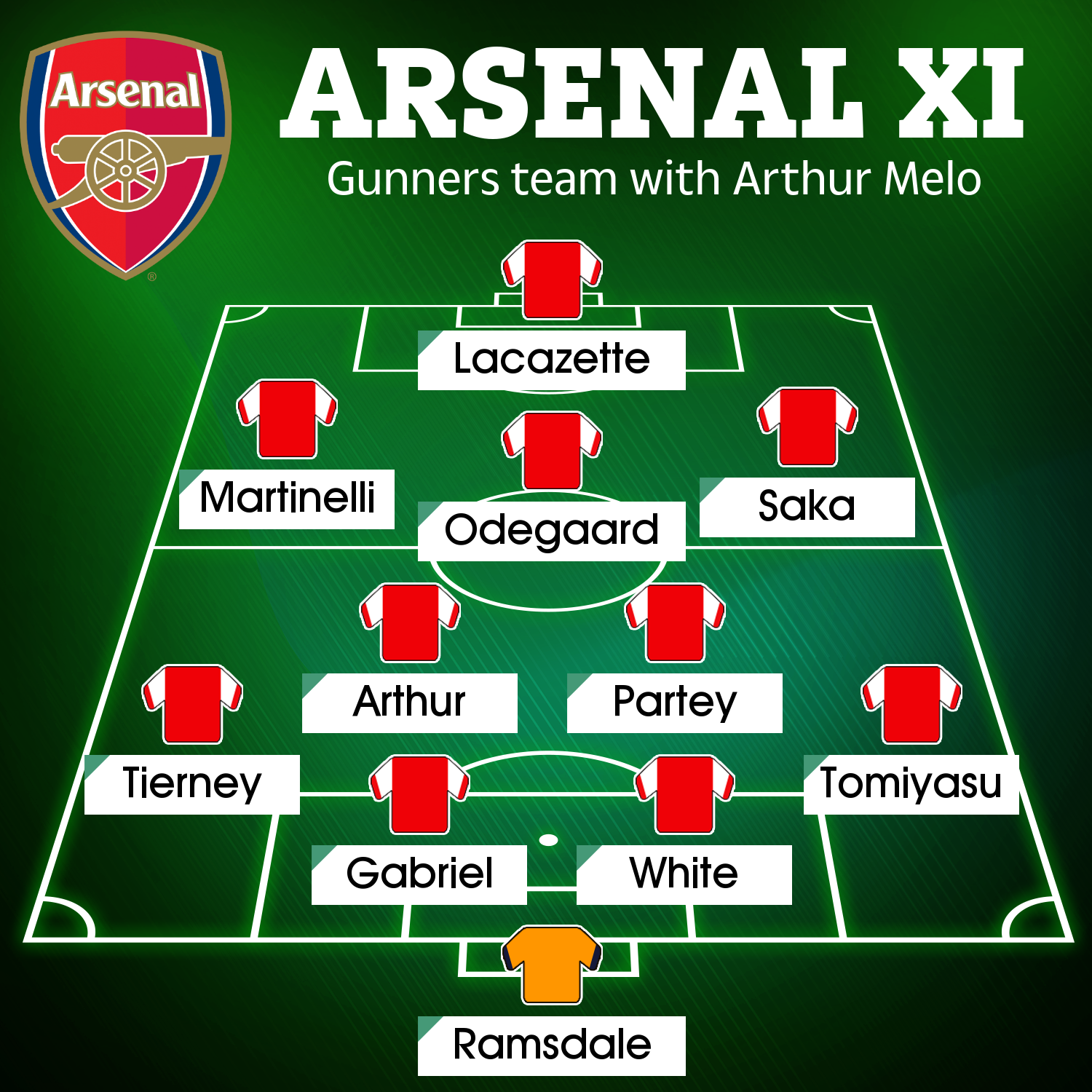 Peak Barca Arthur was always comfortable receiving the ball under pressure in defensive areas, with an intuitive awareness of the pass he would play upon receipt.

He excelled at receiving the ball on the half turn and playing it simply and efficiently to an advancing full-back or winger.

It is this efficiency that is required at Arsenal, with a platform for accurate and swift progression so lacking in recent weeks.

While naturally right-footed, Arthur often played on the left of a midfield three – so could easily slot into Xhaka’s berth, but equally cover Partey.

Where he perhaps lacks the composure of Xhaka is the longer incisive ball to launch an attack, but perhaps Arteta can encourage this with the confidence of regular football. 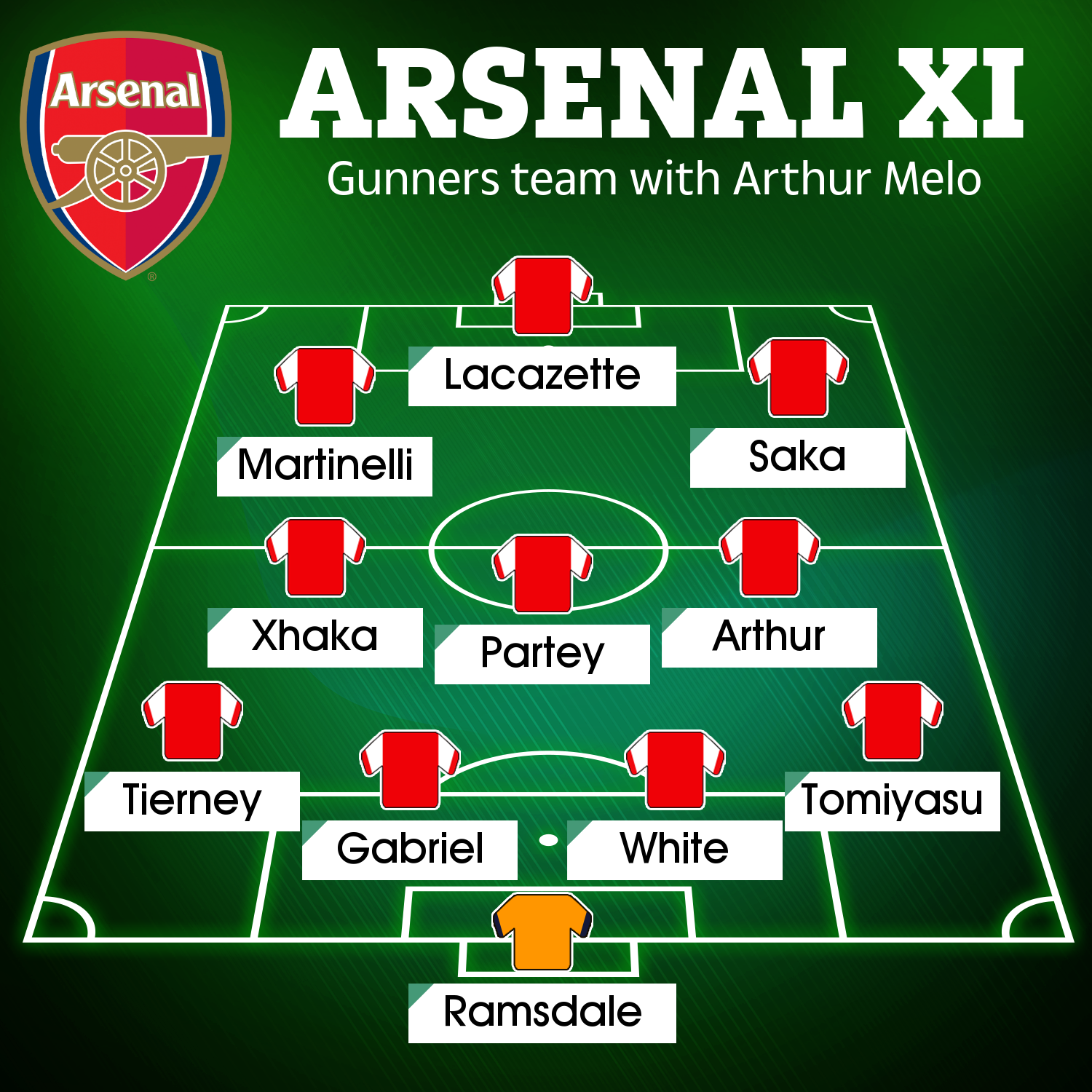 If it is to predominantly be Partey sitting, then Arthur’s attacking prowess will come to the fore.

His quick feet, ball retention and eye for a clipped pass around the corner are skills reminiscent of peak Cazorla or even Jack Wilshere.

Both at Barcelona and Juventus, Arthur has mostly played in a three-man midfield, and while I see him playing in a double pivot for Arteta, this will give the Spaniard the option of a 4-3-3, which many feel he would dearly love to try.

For me, the 4-3-3 would mean dropping Martin Odegaard, which I am reluctant to see.

Should Arthur arrive on loan, it will give Arteta a chance to see if he can be Xhaka’s replacement and the long-term partner for Partey.

Xhaka, while valuable to Arteta, has also cost his team with recent ill-discipline and errors and at 29 is way out of sync with the age profile of the squad.

However to lose his experience, with Alexandre Lacazette and Pierre-Emerick Aubameyang also set to depart, would leave the squad with very little maturity and know-how.

At 25, having played for two of the world’s biggest teams, Arthur Melo would hopefully add to this young team and of course, add a further role model for Albert Sambi Lokonga, who we must not forget.

All-in-all, a foursome of Partey, Arthur, Xhaka and Lokonga has a strong feel for the run in.

And if the Brazilian gels, he could be a valuable addition as Arsenal shoot for the top four.