ARSENAL are eyeing an overhaul in the striker department this summer with Alexander Isak, Dominic Calvert-Lewin AND Jonathan David all being targeted.

The Gunners need to replace former club captain Pierre-Emerick Aubameyang, who left for Barcelona in the January transfer window.

Arsenal may also have to replace Alexandre Lacazette and Eddie Nketiah, with both strikers out of contract in the summer.

And as SunSport exclusively revealed, the north London club are planning the biggest spending spree in their history – with up to £180million budgeted for summer signings.

Billionaire owner Stan Kroenke is keen to show his faith in manager Mikel Arteta, who has fired Arsenal back into top-four contention after last summers squad overhaul.

A large amount of the allocated budget could go on the striker department as the Gunners already have significant flair playing behind the No9 in Emile Smith Rowe, Martin Odegaard and Bukayo Saka.

Arsenal did try to tempt now Juventus striker Dusan Vlahovic to make the move from Italy but lost out in the end to the Old Lady.

So how do Arsenal’s striker targets compare to EACH OTHER as well as current stand-in captain lacazette?

And Arsenal have reportedly been laying the groundworks for a move for David already.

According to Football London, Arsenal chief Edu has already met with David’s agent at the end of December and the club’s hierarchy is said to be very impressed with the Lille ace.

Isak has also managed less shots and shots on target.

He does, however, have one assist to his name whereas David has none.

Isak has proved to be the better dribbler with 25 dribbles completed to David’s 17. 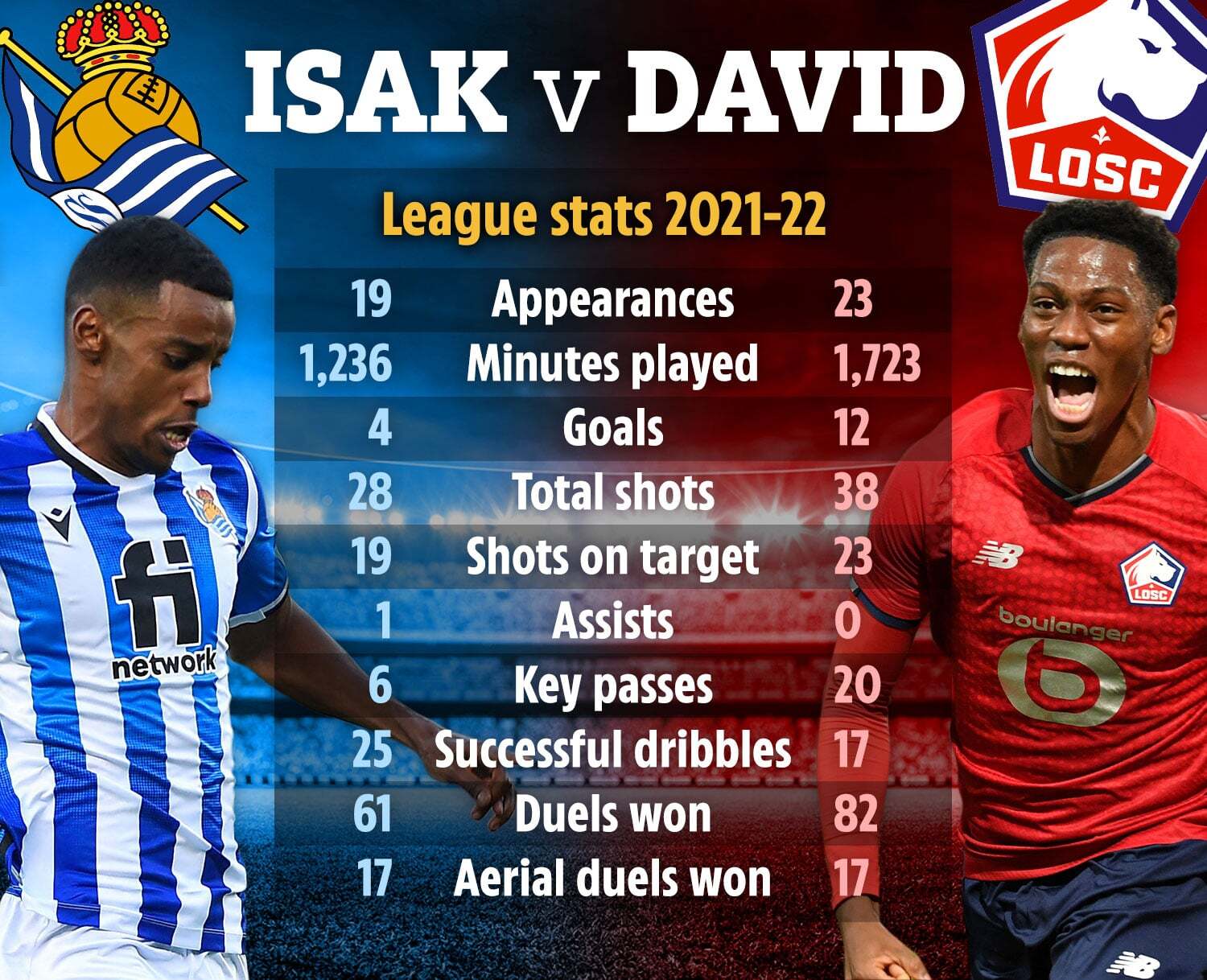 David has managed to net more goals than Isak this season

As SunSport revealed, Calvert-Lewin is also high on Arsenal’s list of transfer targets.

But they could face competition from West Ham, who hold an interest in the £60m man.

Calvert-Lewin has missed most of this season through injury, meaning he has only made SIX league appearances this term.

However, it hasn’t stopped him from being level on goals with Arsenal talisman Lacazette.

Both have scored three despite the Frenchman playing TEN more games.

Calvert-Lewin has also managed more shots but has less on target. 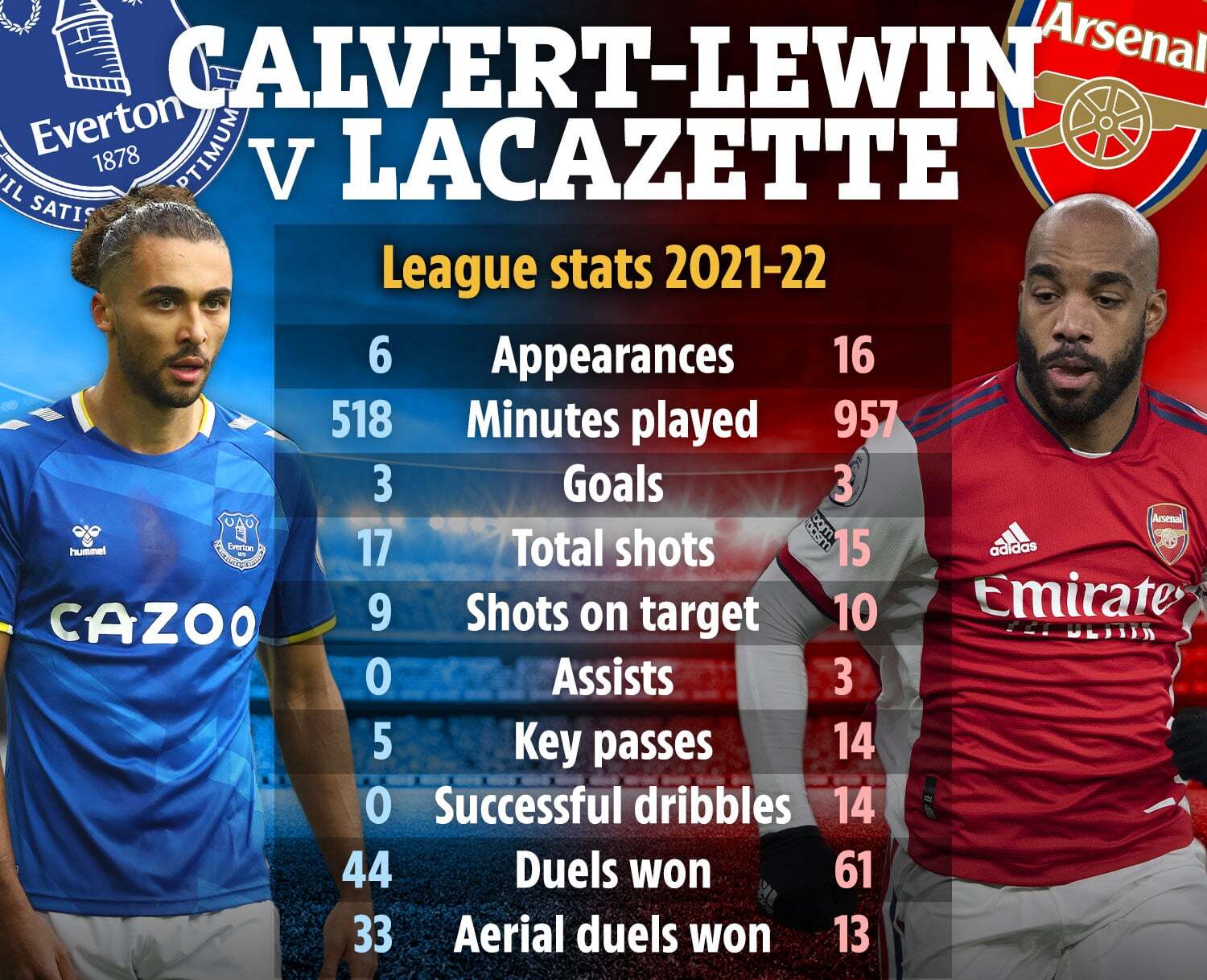 Lacazette appears to be the more creative out of the two though, picking up three assists and playing 14 key passes to Calvert-Lewin’s five.

The 30-year-old – who has been linked with a move back to his old club Lyon when his contract expires – has also completed 14 more dribbles than the England international.

Calvert-Lewin is known for his dominance in the air, and it’s no surprise to see he has won 33 aerial duels to Lacazette’s 13.