ARSENAL kick-off another new era when they take on West Ham on Wednesday night – after Pierre-Emerick Aubameyang was AXED as captain.

The Gabon striker, 32, was stripped of his role following his latest ‘disciplinary breach’ – arriving back late from an authorised trip to France.

Arsenal have not get announced Aubameyang’s replacement as skipper – but Alexandre Lacazette wore the armband for last weekend’s 3-0 win over Southampton.

And the once out-of-favour Frenchman, 30, is likely to continue in Aubameyang’s absence.

Aside from the ex-Borussia Dortmund striker, Mikel Arteta has revealed he has a fully-fit squad to pick from.

That means Emile Smith Rowe is fit to return from his groin injury.

Granit Xhaka is set to line up alongside Thomas Partey in the heart of midfield, keeping Albert Sambi Lokonga out of the XI. 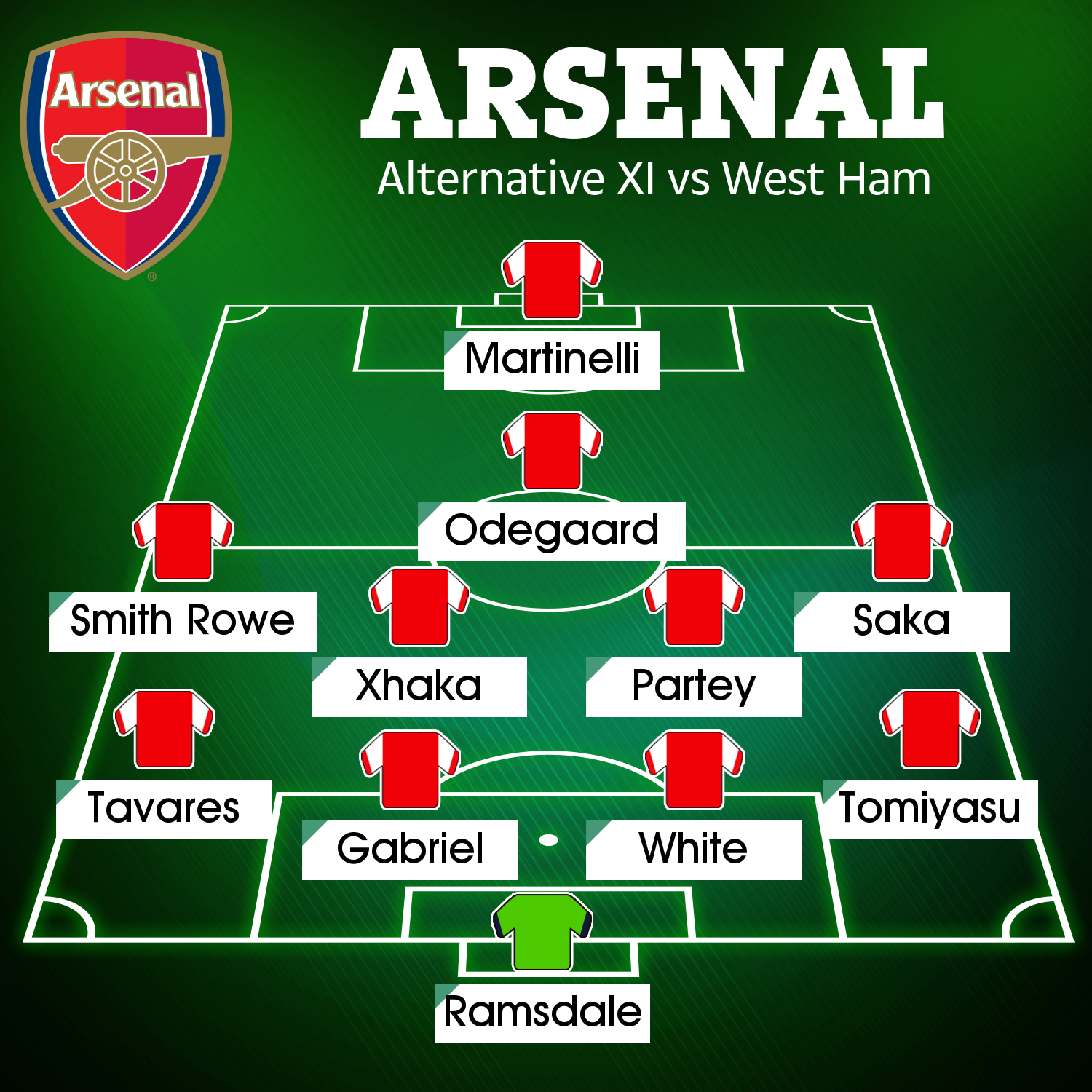 Kieran Tierney should keep his place in the team over Nuno Tavares at left-back, with Takehiro Tomiyasu on the right.

Ben White and Gabriel Magalhaes will start at centre-back, ahead of Aaron Ramsdale.

Arsenal host West Ham at the Emirates on Wednesday night, with kick-off 8pm.

But they will do so without Aubameyang – who himself inherited the captaincy following Xhaka’s axe after furiously telling fans to f*** off.

Arteta explained: “It was a disciplinary breach and that’s why he was out of the squad.

“I think we have been very consistent that we have certain non-negotiables in the team that we have set ourselves as a club.

“Let’s talk about the game guys. I try to explain to you what it was and I did it frankly, and I am not going to say anything else.

“I am going to focus on the performance and what the team did on the pitch.

“You are not going to get anything else out of me that happened in the dressing room.”

Arteta added: “It starts today. But certainly it’s not an easy situation, a situation that we want to have our club captain in.”