The Gunners sit 14th in the table, following a torrid start to the campaign. 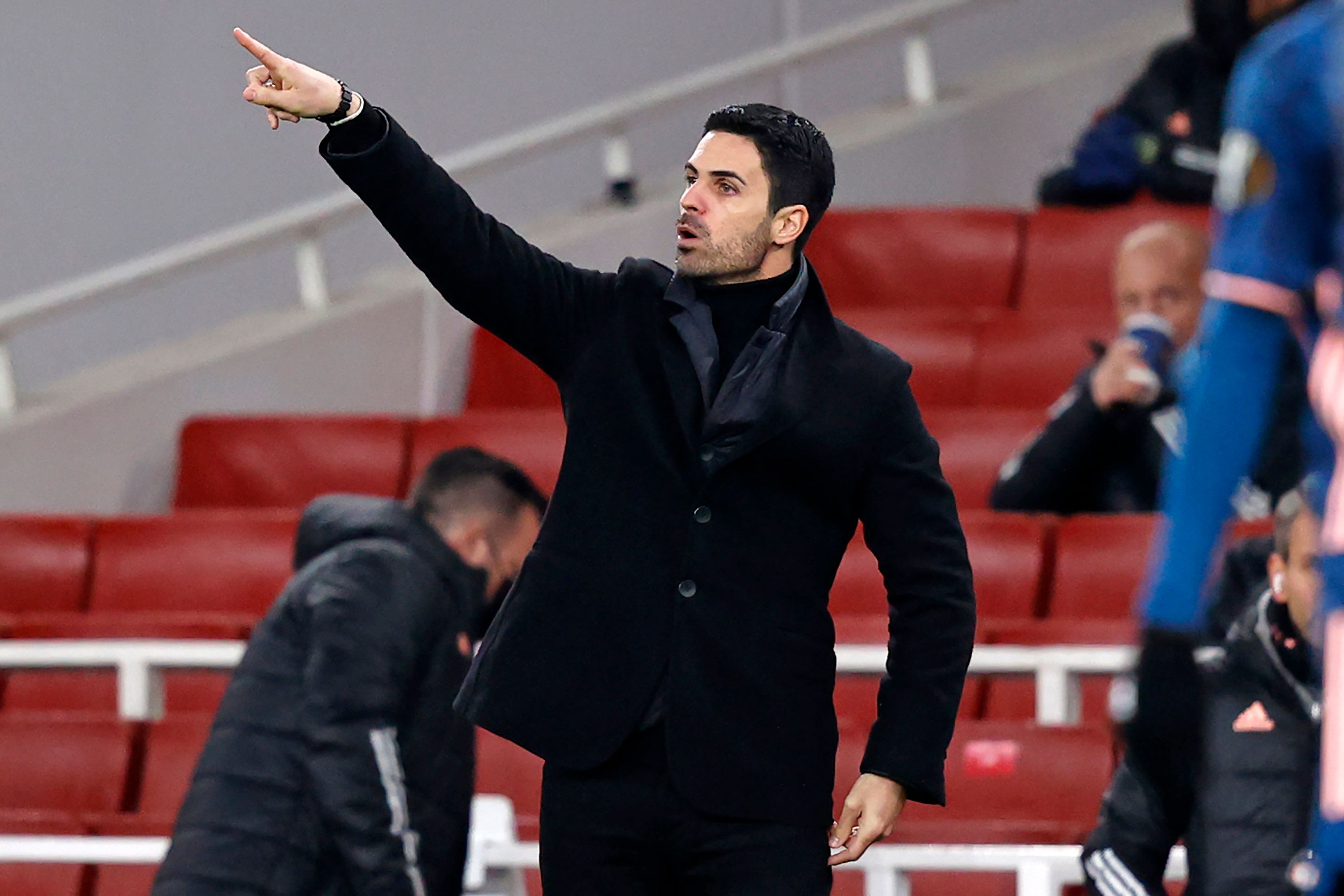 Boss Mikel Arteta has some big calls to makeCredit: AFP or licensors 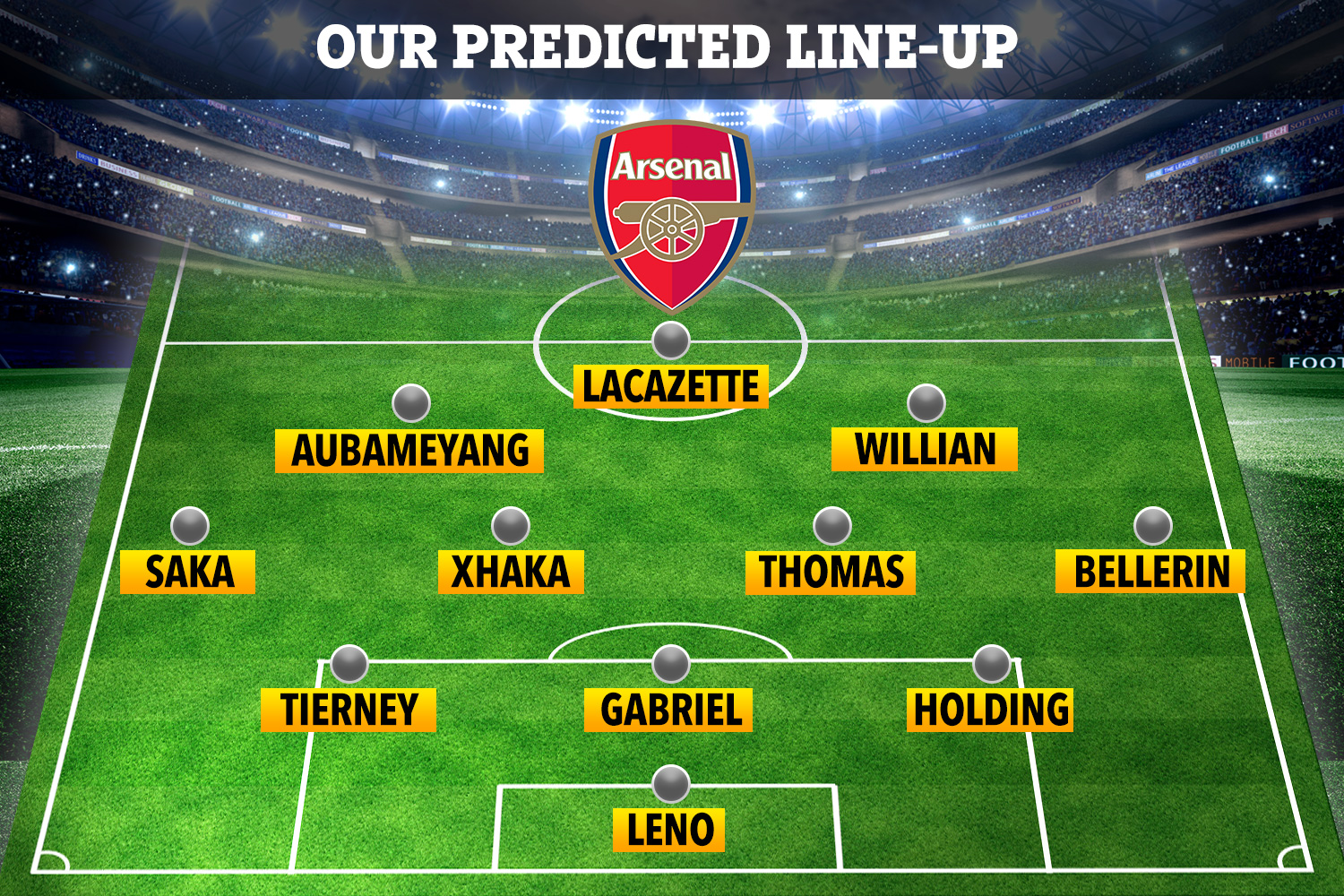 How Arteta, 38, may line his side up at the weekend

Their second string did manage to produce a 4-1 Europa League victory over Rapid Vienna on Thursday night, however, with some of those fringe players pushing for starts on Sunday.

Boss Mikel Arteta could also be boosted by the return to fitness of £45million Deadline Day signing Thomas Partey.

On the Ghanaian’s fitness, the Spaniard, 38, said: “He’s putting a lot of pressure on us.

“He is training tomorrow with us and lets see how it goes in the next couple of days.”

Bernd Leno will return between the sticks, with new acquisition Runar Alex Runarsson having been given a run-out against Rapid.

Arteta’s big dilemma will be whether to field a back-four, as he has done recently, or to return to a back-three in the face of the threat posed by Harry Kane and Son Heung-min.

David Luiz is pushing for a start, despite the horrifying clash of heads he suffered with Wolves striker Raul Jimenez last weekend.

If the Brazilian doesn’t make it, however, Rob Holding is likely to slot in alongside Gabriel Magalhaes and Kieran Tierney – although Pablo Mari did make a goalscoring return to action on Thursday night. 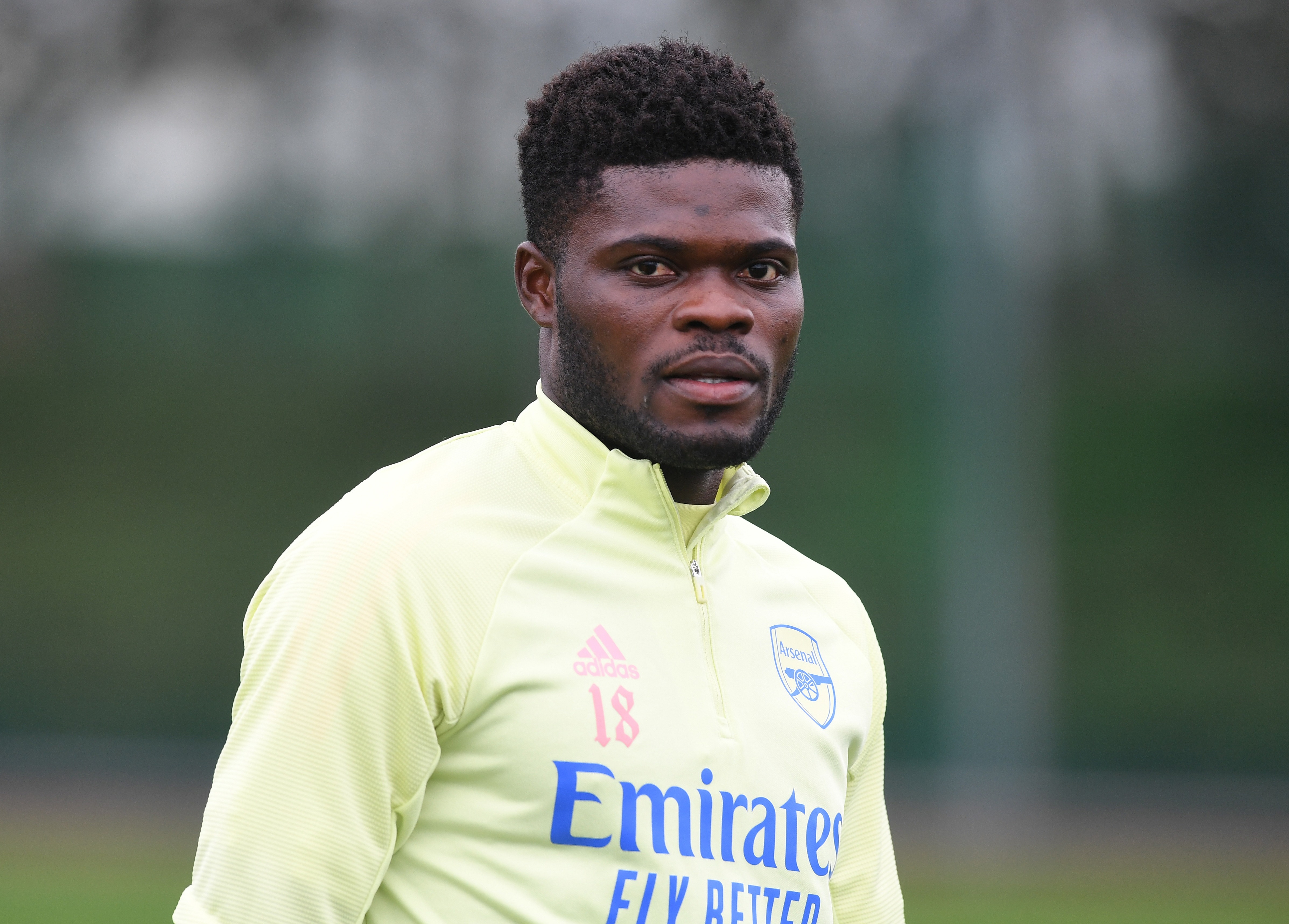 Thomas Partey is pushing for a return to fitnessCredit: Getty Images – Getty 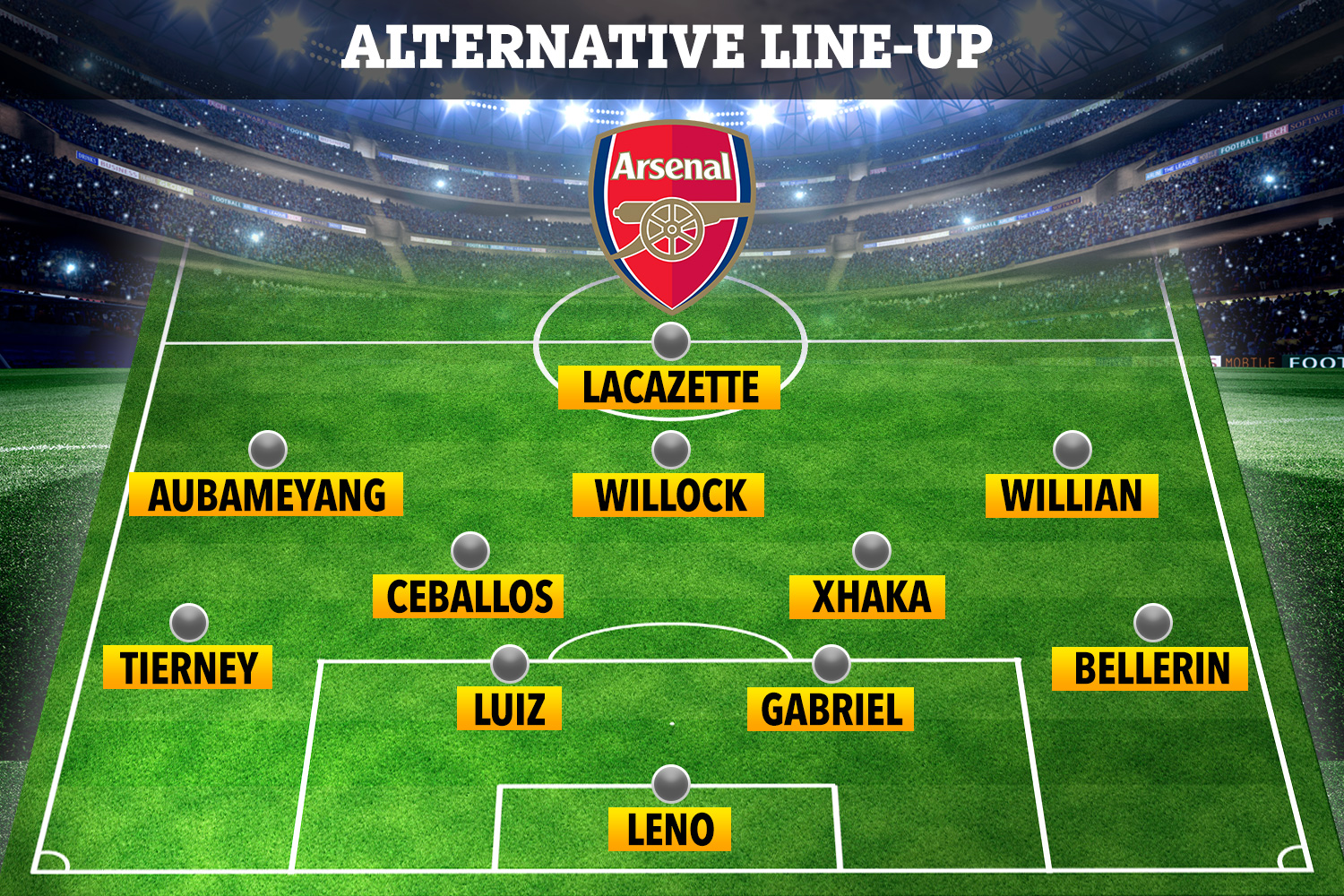 Arteta may opt for a back four

Hector Bellerin is a shoe-in on the right, while Bukayo Saka’s inclusion on the left may depend on which formation Arteta opts for.

If Thomas is passed fit to start, it would likely be alongside Granit Xhaka, although Dani Ceballos was rested for Thursday night’s match and could return.

Mohamed Elneny and Ainsley Maitland-Niles are also ready and steady if called upon by Arteta.

Further forward Nicolas Pepe is still suspended following his red card at Leeds and will drop out, with the maligned Willian likely to replace him, rather than Reiss Nelson. 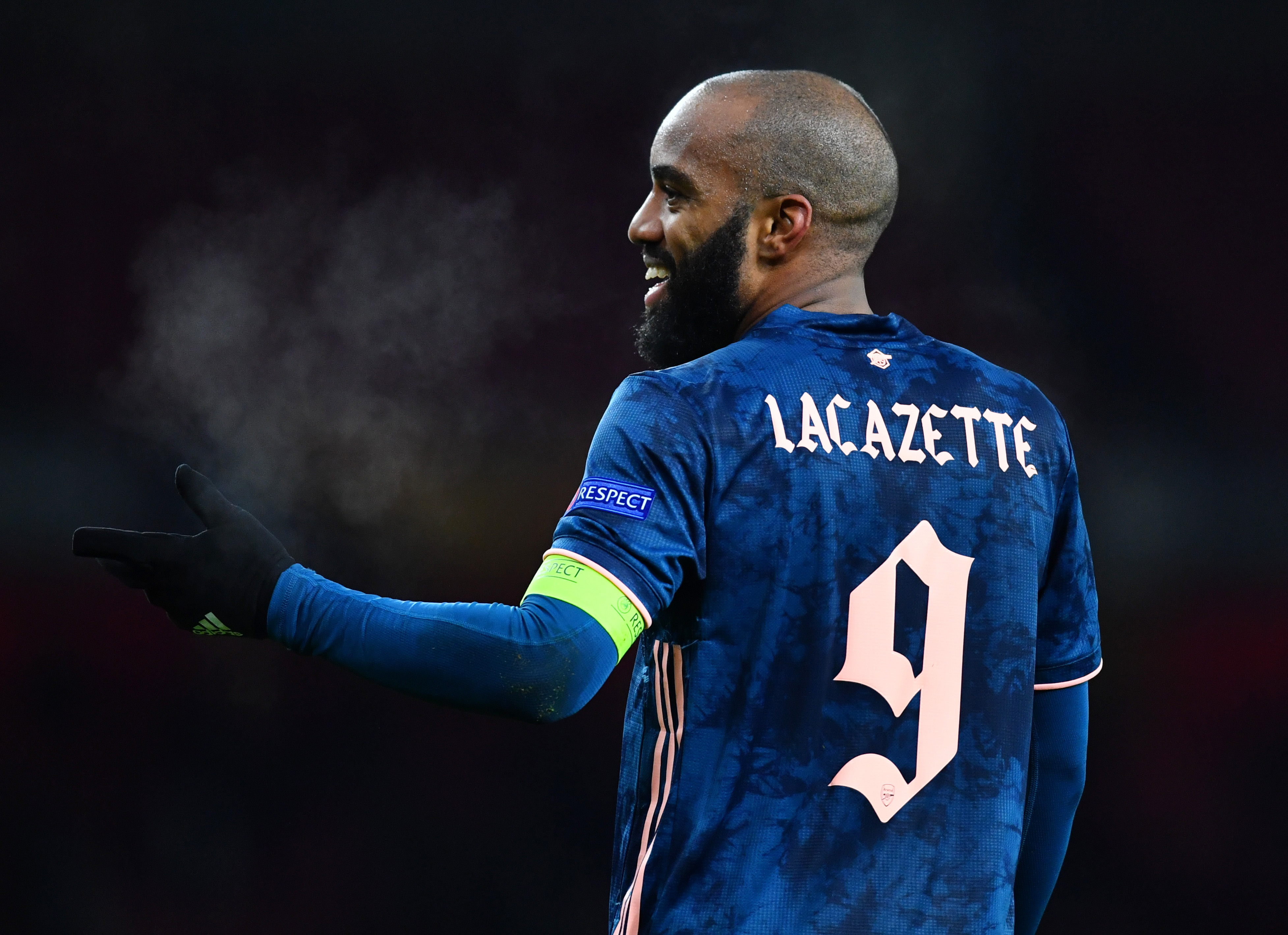 Alex Lacazette is set to start after scoring a stunner on Thursday nightCredit: Reuters 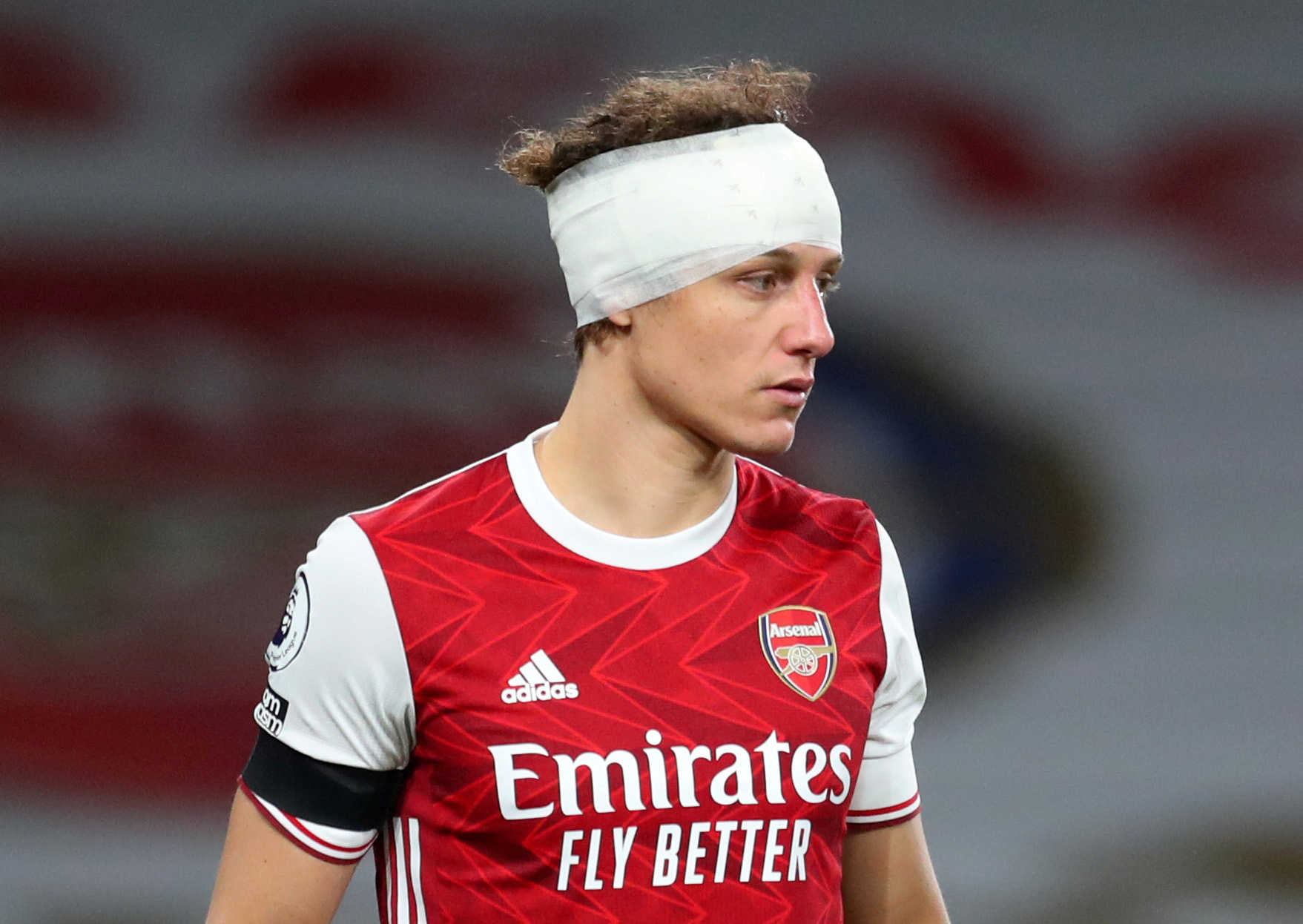 Pierre-Emerick Aubameyang will start, most likely wide on the left – while Joe Willock may push for an attacking midfield berth, should Arteta decide on a 4-2-3-1.

Alexandre Lacazette should get the nod upfront over Eddie Nketiah, having scored a wonderful goal on Thursday.

On the Frenchman, who also netted a stunner last time out against Spurs, Arteta said: “Ah great. Because to score that goal you have to shoot and he shot from 25 yards. He never doubted.

“He took the first touch it was forward not backwards, forward.

“And again forwards the match, he looks where is the ball, shoots and scored and if you don’t have that attitude, and again today everyone was really positive when they were on the ball, it’s just to go and attack the opponents box as much as possible, and I think when you shoot anything can happen if you don’t we’re not gonna score goals.”