ARSENAL are set to have a near full strength squad for Saturday’s visit of Southampton as the Gunners look to get back to winning ways following back-to-back defeats.

Mikel Arteta has been sweating on the fitness of Emile Smith Rowe and Gabriel Martinelli this week.

Smith Rowe missed the Everton game with a knock but could return to the fold on SaturdayCredit: EPA 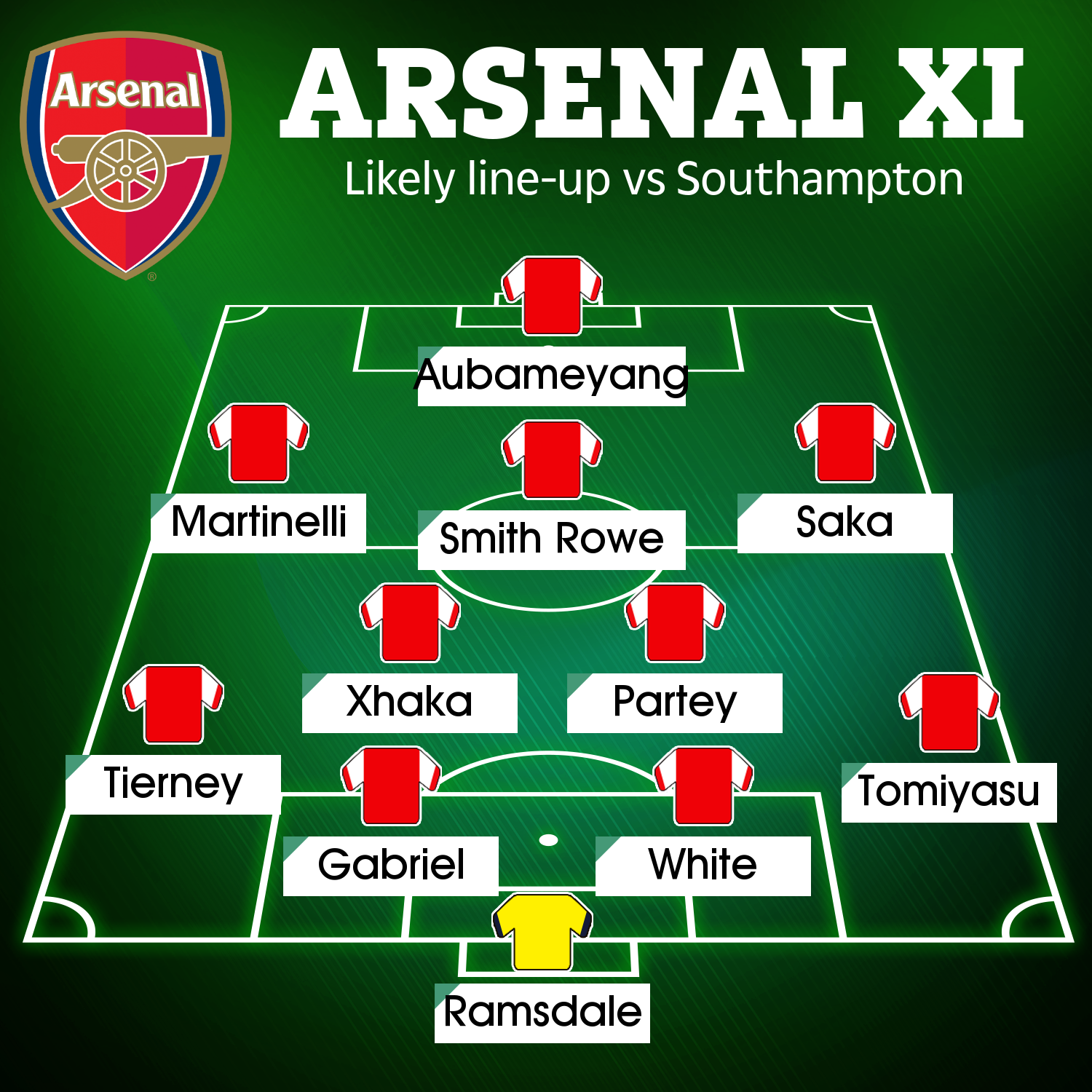 Martinelli had to be substituted with an injury in the disappointing 2-1 loss against Everton on Monday.

The 20-year-old has since been assessed and it’s been confirmed by Arsenal that he IS fit to play on Saturday.

The 21-year-old picked up the injury in the 3-2 defeat against Manchester United last week and continues to be assessed ahead of Saturday’s 3pm kick off.

Arteta will make a late decision on the star’s fitness but he is likely to slot straight back into the starting line-up if available.

At the back Arteta is expected to name an unchanged defence to the one that slumped to defeat on Merseyside on Monday.

And in midfield Granit Xhaka is expected to make his second start in a row since returning from a long-term injury.

He is set to partner Thomas Partey in the heart of midfield.

England star Bukayo Saka will keep his place on the right wing, while Martinelli could be handed a third consecutive start on the left.

Smith Rowe could play in the No10 role if passed fit, behind Pierre-Emerick Aubameyang.

The striker has come under fire for recent performances and didn’t start against Everton, but is likely to return to lead the line on Saturday.

Sead Kolasinac and Bernd Leno are both confirmed to be out with injuries, although neither would have been likely to start if fit.

Alternatively Smith Rowe may not be fit enough to start, which would force Arteta to shake up his plans. 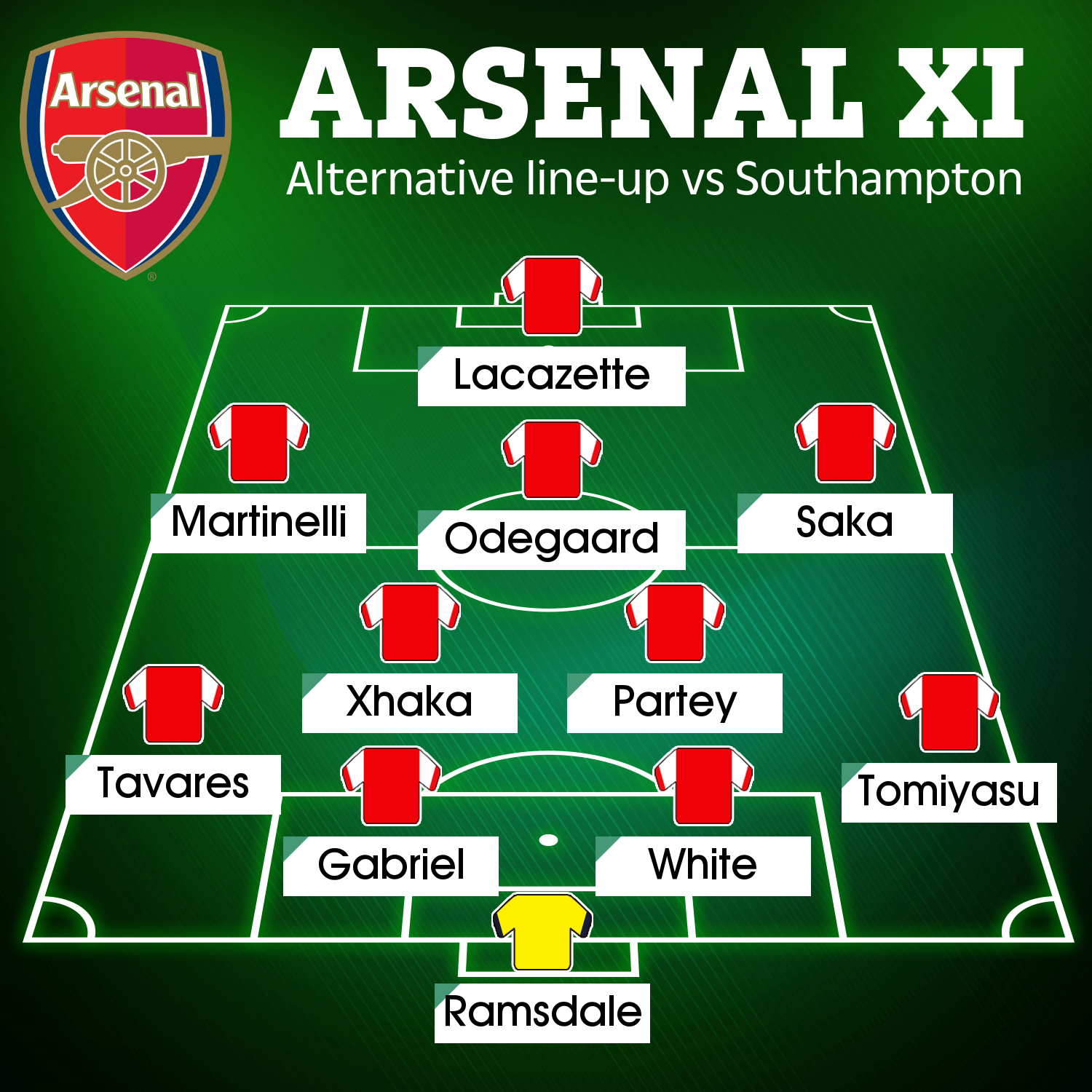 That would see Martin Odegaard retain his place after scoring on each of his last two starts.

If Arteta doesn’t want to risk Xhaka twice in the space of a week after a long-term knee injury Albert Sambi Lokonga could come into midfield.

And the impressive Nuno Tavares could wrestle the left-back spot back off Kieran Tierney after the Scotsman was preferred for a starting berth on Monday.

The Gunners are looking to bounce back after two defeats on the spin, and three losses in their last four games.

Despite that they are still just four points off the top four, and can go within a point of the Champions League places if results go their way this weekend.