MIKEL ARTETA remained coy on his team selection ahead of the match against Liverpool as he aims to reach his second cup final as Arsenal boss.

The Gunners requested their match against Tottenham on Sunday was postponed due to Covid and injuries ravaging their squad.

And though some issues remain Arteta can welcome back some important players to his squad for Thursday’s Carabao Cup clash.

Martin Odegaard returns as the only Covid absentee from the weekend, while Thomas Partey could also be back in the UK after being knocked out of AFCON with Ghana.

The Emirates match against Liverpool could come too soon for the midfielder but Emile Smith Rowe could operate in a deeper role after missing out in the first leg of the semi-final.

Bukayo Saka is also expected to be back along with Calum Chambers, Takehiro Tomiyasu and Cedric Soares – all four have overcome knocks.

But Granit Xhaka is still suspended after his red card at Anfield – finding a partner for Sambi Lokonga will perhaps be Arteta’s biggest headache.

Elsewhere, Arteta will likely be keen to bring first-choice right-back Tomiyasu back into the starting line-up. 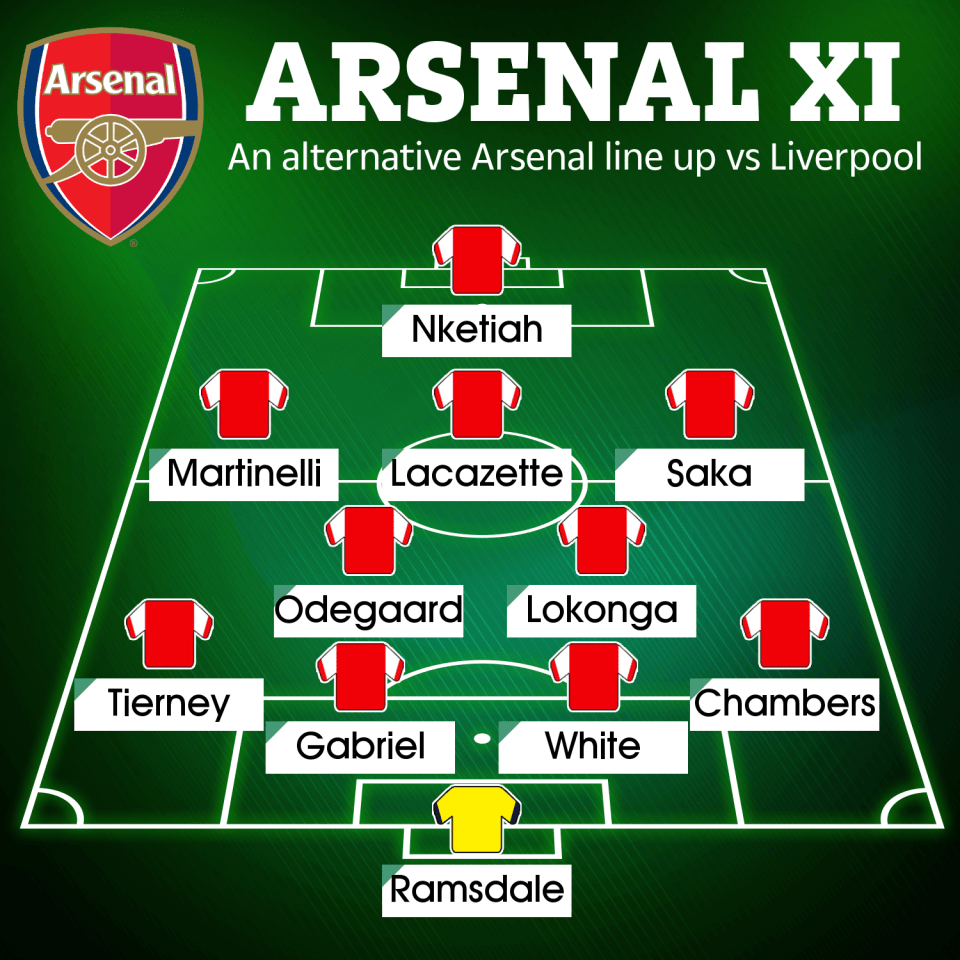 Cedric started the first leg but lasted 11 minutes and was replaced by Chambers who helped Arsenal to a clean sheet.

Arteta could also decide to start Eddie Nketiah once again – the striker is the joint top scorer in the Carabao Cup this season with five goals.

“There are issues and issues that haven’t been resolved, but as you can understand I want to keep that to myself.

“We have already played with academy players when we already have the youngest squad in this league.”