CELTIC could still win the title next week but Rangers made sure they didn’t celebrate too much as they left Parkhead with a point.

Ange Postecoglou‘s side could have effectively wrapped up the league with victory in the final Old Firm clash of the campaign.

Jota celebrates with his Celtic team-mates after scoring against RangersCredit: Getty

Victory here would have sent them nine points clear with just three games to go and a superior goal difference.

While Giovanni van Bronckhorst‘s men knew nothing less than a win would do if they were to have any hope of defending their title.

And so while they may not have surrendered the Old Firm bragging rights, Rangers will have been left disappointed by the result.

Jota’s first-half strike sent Celtic fans into ecstasy but Fashion Sakala’s equaliser was enough to ensure the game ended in a draw.

Rangers made a bright start to the game and did well at restricting Celtic’s possession to their own half.

Ryan Kent looked briefly as if he would be able to break into the box but the danger was quickly cleared.

John Lundstram was soon able to take advantage of Reo Hatate’s ball-watching to intercept a pass as well.

He sprinted down the right-hand side but his cross into the box was dealt with by Celtic’s defence.

Celtic grew into the game though and were soon able to create some opportunities of their own.

Greg Taylor was able to set up a promising counter-attack after breaking away from Sakala.

However, the Hoops were ultimately forced to settle for a corner that amounted to nothing.

Up the other end, Kent had a great chance to open the scoring when he got on the end of James Tavernier‘s cross into the box.

The winger got past Tony Ralston with ease but turned the ball wide of the post.

But it was the Hoops who opened the scoring after finally making a good move through the middle of the park.

Taylor passed the ball into Daizen Maeda who was able to beat both Tavernier and Connor Goldson into the box.

The Japanese international then played the ball across the face of goal where Borna Barisic, in a repeat of the last Old Firm clash at Celtic Park, switched off and allowed Jota to come inside him to fire the ball into the back of the net.

That was just the inspiration the fans in attendance needed as Parkhead became a cauldron of noise in a bid to inspire the players to score a second.

Postecoglou’s men certainly didn’t need any incentive as they penned Rangers back into their own defensive third.

Midway through the half, Jota was able to take the ball down the left wing and into the box.

But Tavernier was able to make the stop on this occasion to stop the Portuguese from getting a shot off at goal.

Minutes later, Kyogo Furuhashi played a brilliant cross into the path of the oncoming Jota in the box, but his header went over the bar.

Rangers were able to put Celtic under some pressure with 10 minutes to go into the half.

Maeda was forced to come all the way back into his own box to stop Kent.

While the Light Blues were also able to threaten from a series of corners.

But the Hoops were ultimately able to deal with the danger each time to keep the score at 1-0.

Maeda had a great chance to double Celtic’s lead just minutes before half-time.

A defensive mistake from the visitors led to the ball being crossed into the box by Jota.

However, the Japanese international appeared to pull back from making the header at the very last second as Allan McGregor came out towards him.

And fortunately for Van Bronkchorst’s men, that left them just a goal down at the break.

After coming back out for the second half, Rangers wasted no time in trying to get back on level terms.

From a corner, a rebounded Sakala header fell into the path of Goldson but he was unable to get his shot on target.

However, it was Maeda who had the best chance in the opening stages of the second half.

Picking up the ball outside the box, Hatate played it into the feet of Matt O’Riley who quickly laid it on to Maeda.

But the Japanese star couldn’t take advantage of another golden opportunity as he blazed his shot over the bar.

Postecoglou made changes on the hour-mark as Giorgos Giakoumakis was sent on in Furuhashi’s place.

While Tom Rogic replaced Hatate and Nir Bitton came on for O’Riley.

Van Bronckhorst also changed things up with Ryan Jack and Scott Wright being sent on as replacements for Davis and Joe Aribo respectively.

Rogic nearly made an instant impact when Jota’s pass found him in the box.

But the midfielder caught the ball under his own feet and the visitors managed to get rid of it.

However, Rangers were back on level terms just minutes later when Sakala was able to finish off a great passage of play.

With the visitors playing passes around in the middle of the pitch, it was ultimately played into the path of the Zambian international.

And after taking it into the box, he was able to fire a shot past Joe Hart at his near post to bring the score level.

Sakala then nearly had a second when he was able to beat Cameron Carter-Vickers at the back.

This time however, Hart was able to make the save.

It was just the inspiration Rangers needed though as they continued to harry Celtic deep in their own half.

The Hoops did eventually regain their composure though and as the game moved into the final 10 minutes, both sides were battling for a winner.

Hart was forced into a big save towards the end when Scott Arfield tried a shot from close range, before then immediately denying Jack on the rebound.

Sakala then had another massive chance to double Rangers’ lead when he ran through on goal.

But fortunately for Celtic, his shot came back off the post and the Hoops were able to clear the danger.

Following the resulting corner, Liel Abada was able to break away on the counter-attack before being brought down by Amad Diallo.

But that was ultimately it as far as the result was concerned with John Beaton eventually bringing a close to the final Old Firm clash of the season.

And so, while Rangers may mathematically still have a chance in the title race, Celtic can now wrap up the league as early as next week if results go their way. 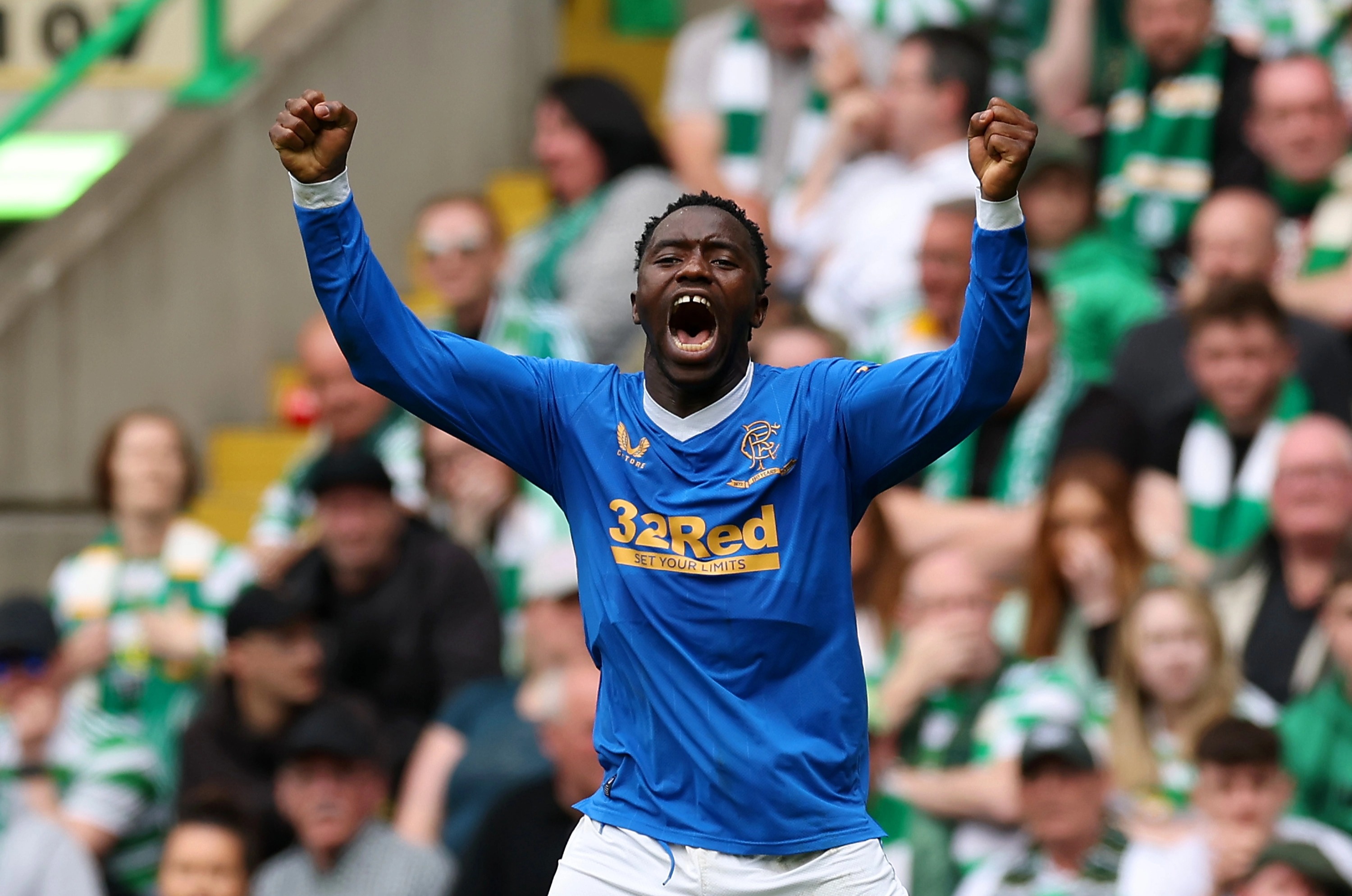 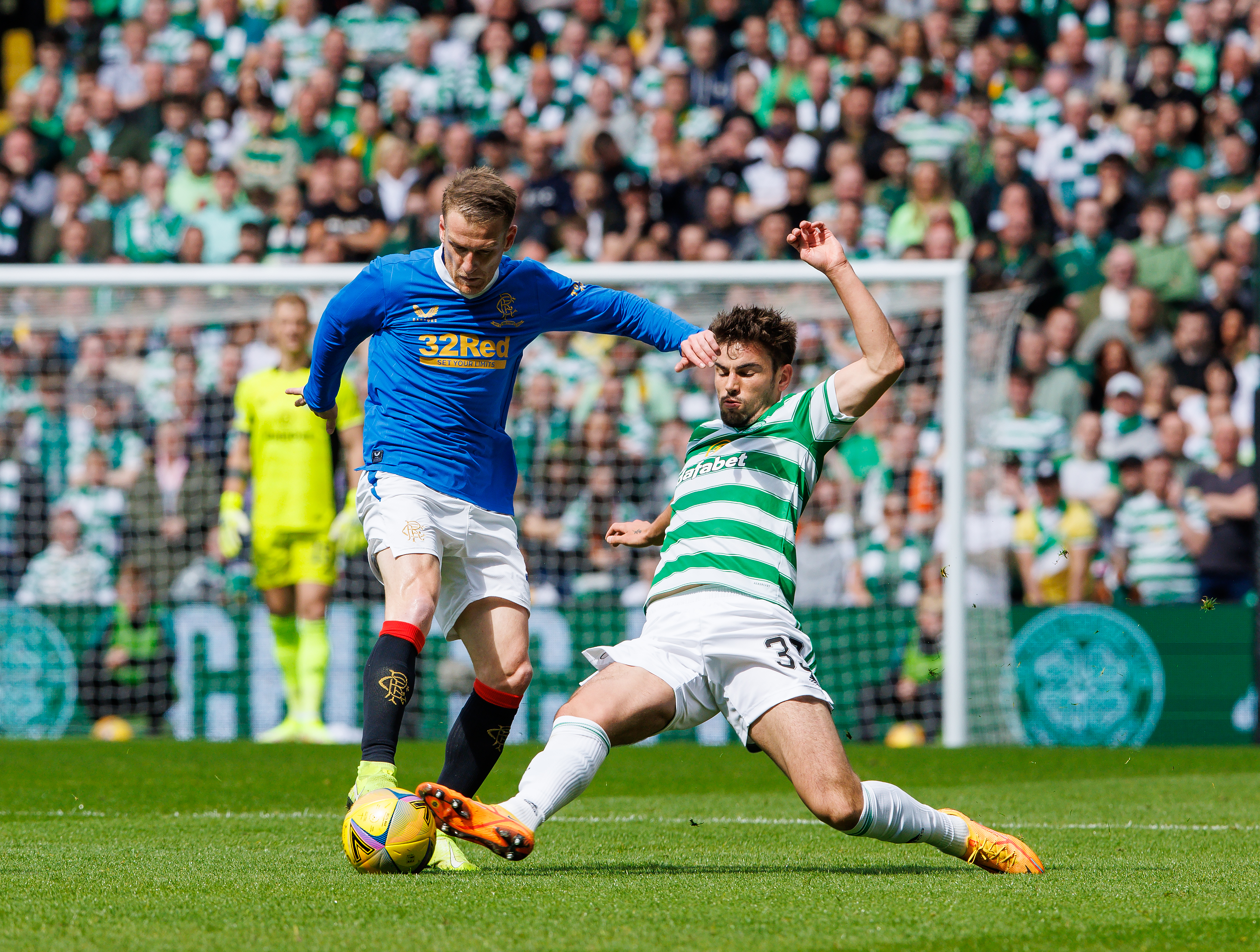