The Portugual stars are enjoying life alongside each other at Manchester United this season.

Ronaldo has proved a hit with his new team-mates and fans alike with his five goals in six matches since returning to Old Trafford.

And playmaker Fernandes reckons the five-time Ballon d’Or winner’s desire is stronger than ever to rewrite the history books.

“He once said something very interesting. He said it’s not he who follows the records, it’s the records that follow him.

“Say what you want. Easy goals, not easy goals. There are no easy goals.

“Even being in the right place, it’s hard to score. There are those who fail, he doesn’t fail.”

But he also holds countless different records across an illustrious career – especially with his bonkers goalscoring.

The superstar is the top scorer in history for the Euros (14), Champions League (137 in a record 182 appearances), Real Madrid (450 – including 44 hat-tricks) and international football.

He surpassed Iranian legend Ali Daei’s tally of 109 in September and has now moved on to 115 in 182 Portugal caps, with a record ten hat-tricks.

The forward is the only player plying his trade at United to win Fifa’s World Player of the Year, the European Golden Shoe and the Puskas award.

He would become the first Red Devils star to win two Ballons d’Or should he pick up the gong during his second spell in the North-West.

His tally of 31 goals in 2007-08 is a club Premier League record but Ronaldo will no doubt be aiming to beat that this season – as well as a number of other achievements. 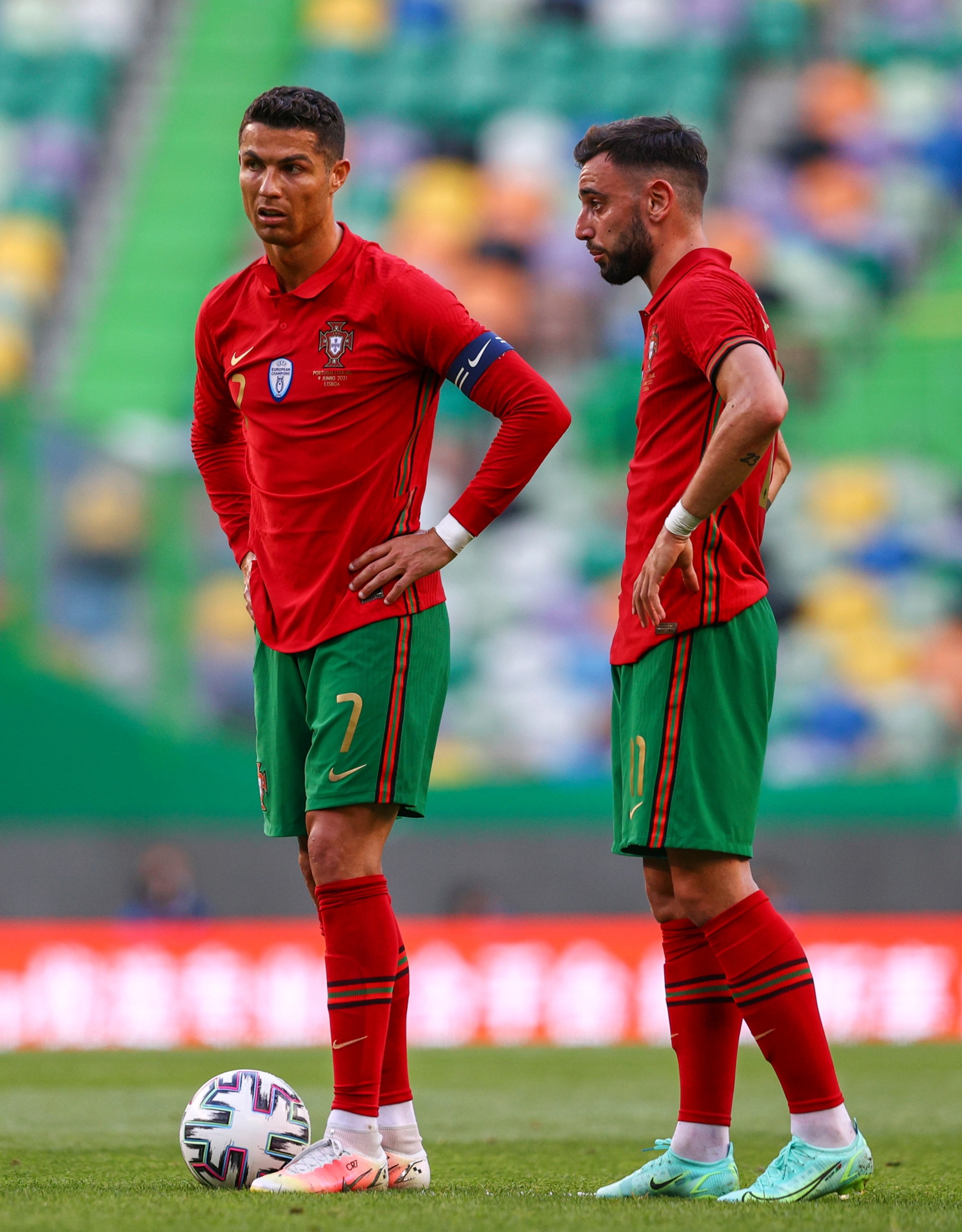 Bruno Fernandes has a front-row seat to see the legend breaking records for club and countryCredit: Getty

Cristiano Ronaldo talks about his love of Nike Mercurial boots