GARETH SOUTHGATE has five major decisions to wrap his head around before Saturday’s monster game against Ukraine – and YOU can help.

England beat Germany 2-0 to book their place in the Euro 2020 quarter-finals, where they’ll play Ukraine on Saturday night in Rome.

Gareth Southgate has five major dilemmas to wrap his head around before UkraineCredit: AFP

While the country erupted in celebration, Southgate immediately went back to the tactics board.

After switching up his formation – and personnel – against Germany, the Three Lions boss knows he may need to change things around again.

In fact, we reckon Southgate has FIVE crucial decisions to make ahead of the game.

Have your say on the matters – from who starts to the formation of choice – by voting in our polls, below.

WHAT FORMATION SHOULD SOUTHGATE USE? 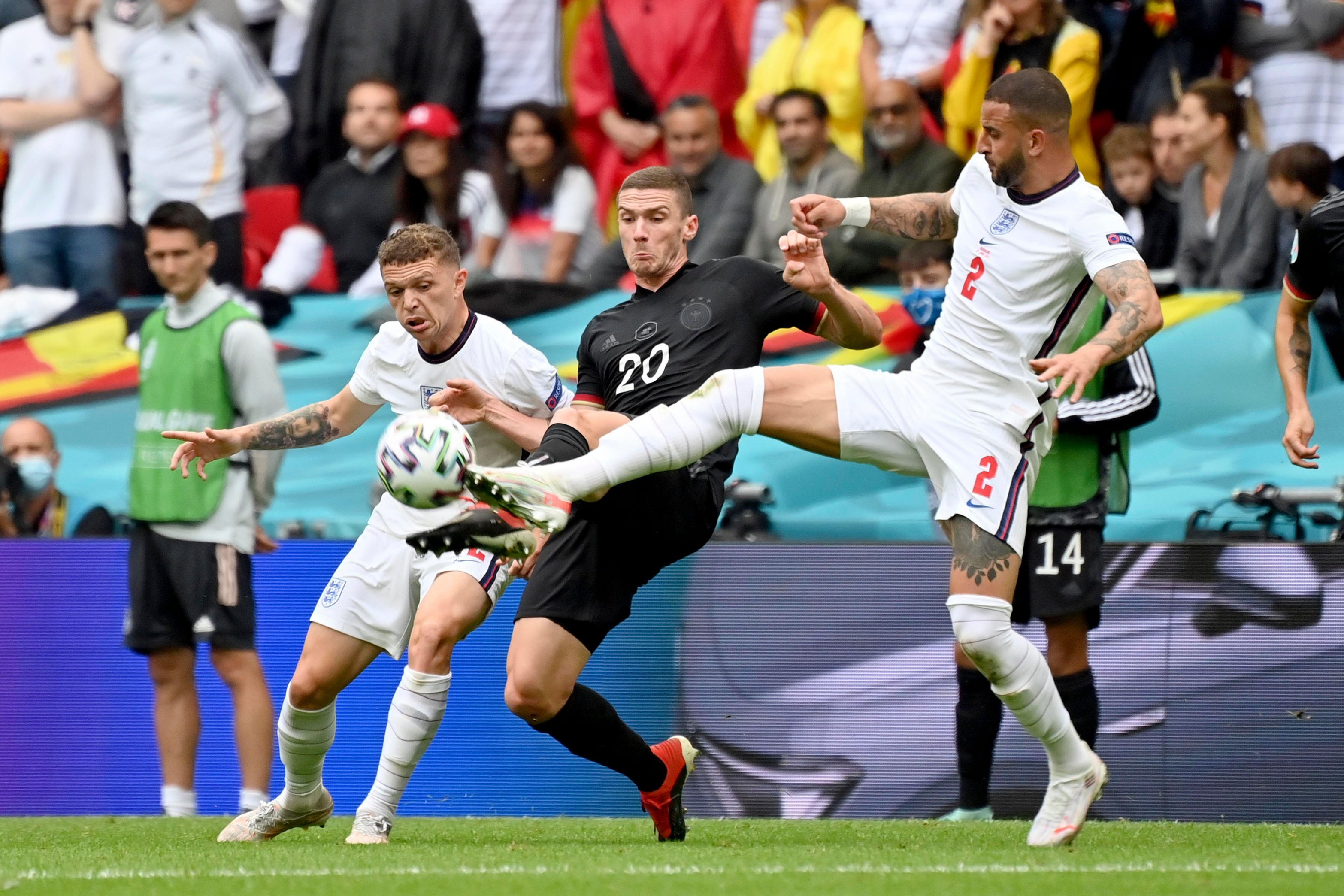 England played a 3-5-3 / 5-2-3 against Germany with Trippier and Walker both startingCredit: Alamy

Southgate hasn’t been afraid of switching up his tactics this tournament.

The England chief started off with a 4-3-3 against Croatia and Scotland, before moving to a 4-2-3-1 against Czech Republic to get the best out of Jack Grealish.

Against Germany he unleashed the 3-4-3 / 5-2-3 to counteract the threat posed by opposition wing-backs Joshua Kimmich and Robin Gosens.

Now, against Ukraine, Southgate could revert to his 4-2-3-1 – with Mason Mount and Jordan Henderson set to start, with Grealish at No10.

But what would you choose? 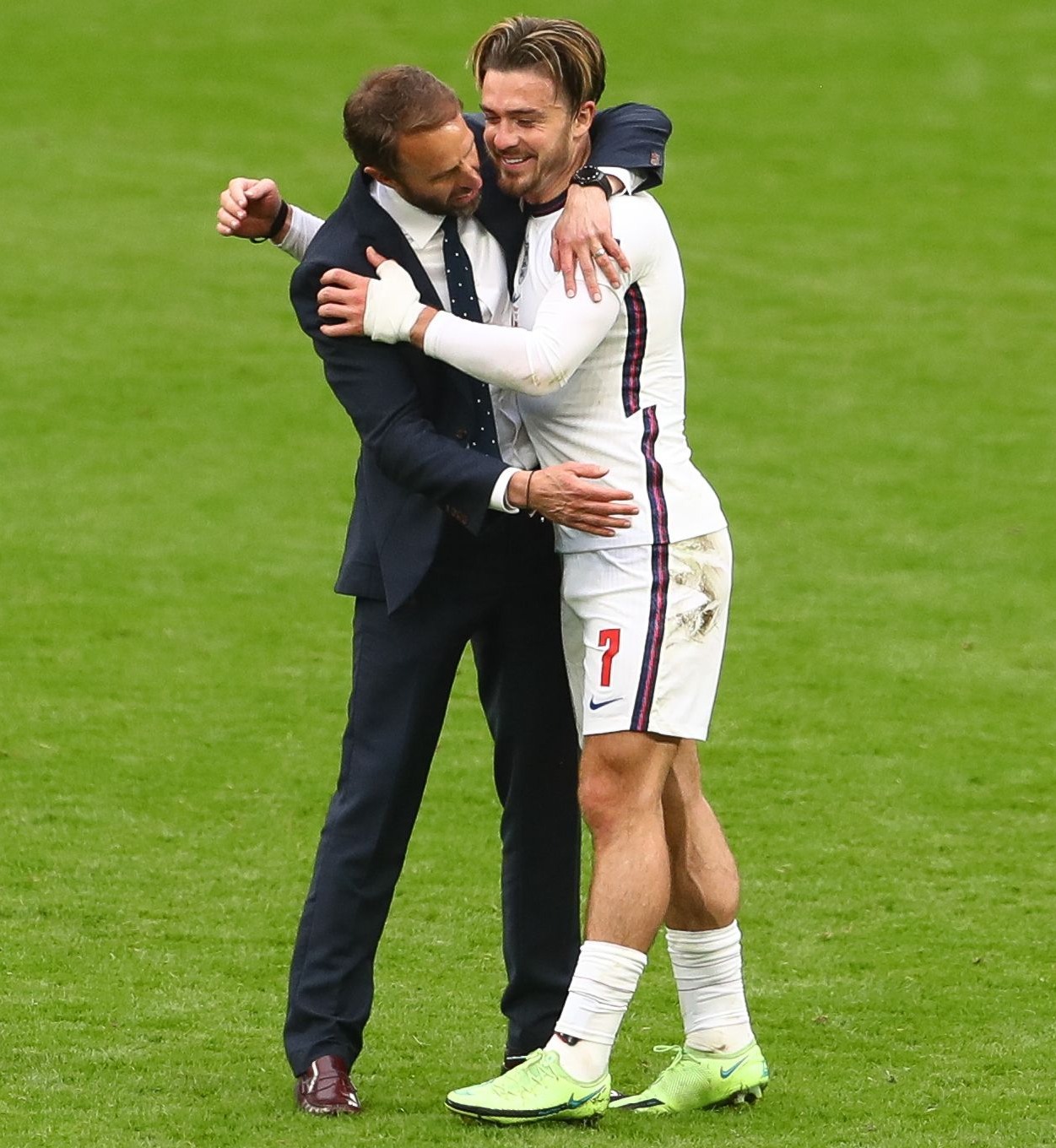 Has Grealish done enough to tempt Southgate to start him against Ukraine?Credit: Rex

Grealish has started just ONE of England’s four games at Euro 2020 – the 1-0 win over Czech Republic.

The Aston Villa skipper has played three times, but logged a total of just 115 minutes.

With Grealish looking so lively every time he’s been on the pitch, some fans have been crying out to get him in the starting line up.

But what do you reckon?

FODEN, SAKA OR SANCHO AT RIGHT-WING? 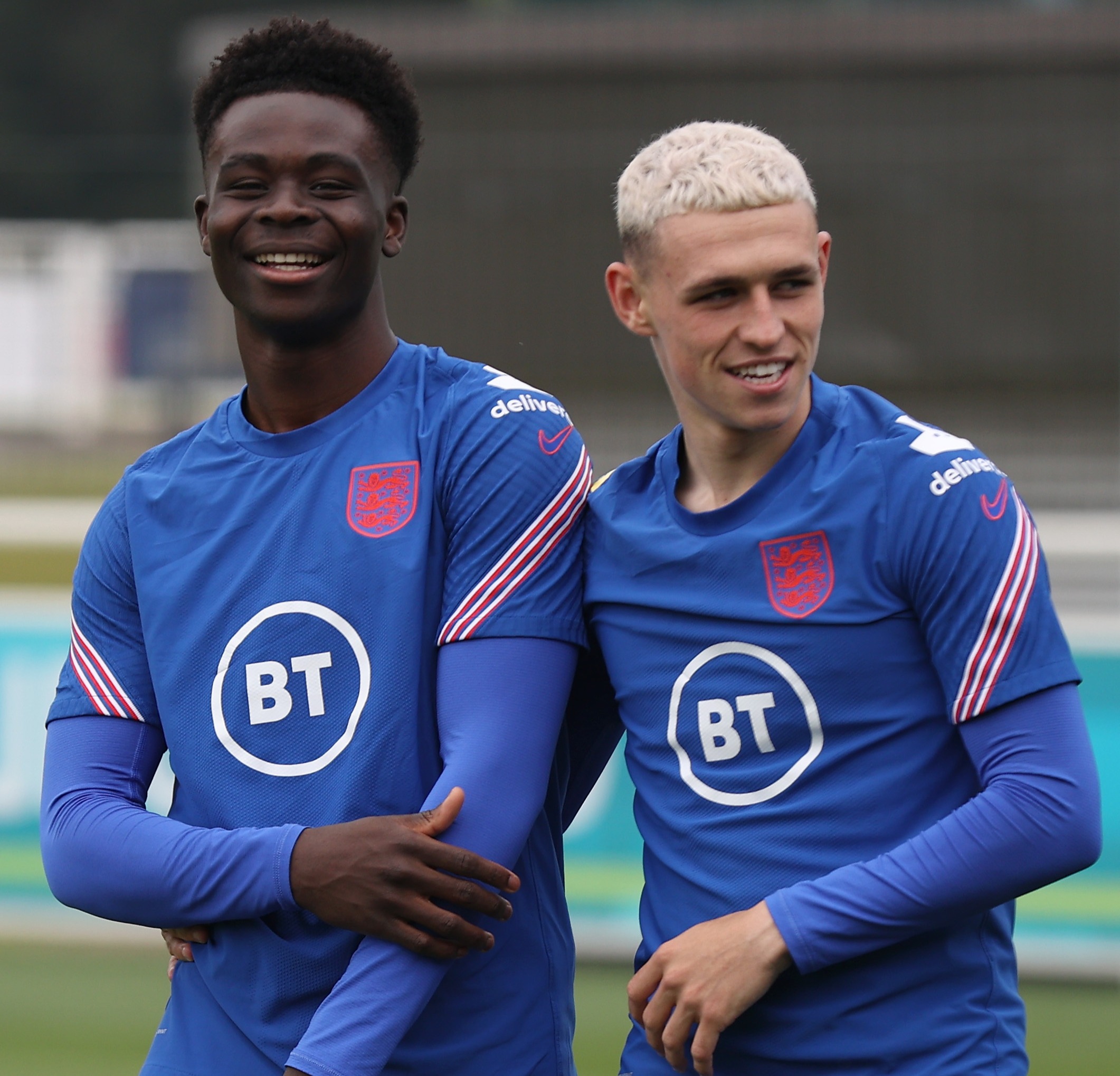 Will Saka or Foden start against against Ukraine or will Sancho be given the nod?Credit: Getty

But Bukayo Saka has been given the nod in the last two games – wins over the Czechs and the Germans.

Jadon Sancho has been stuck on the bench – or even out of the squad – throughout, limited to just six minutes all tournament.

With Foden on a yellow card and risking suspension, Southgate may not risk him until the semi-final stage, when previous bookings are wiped out.

But who gets the nod in your eyes? 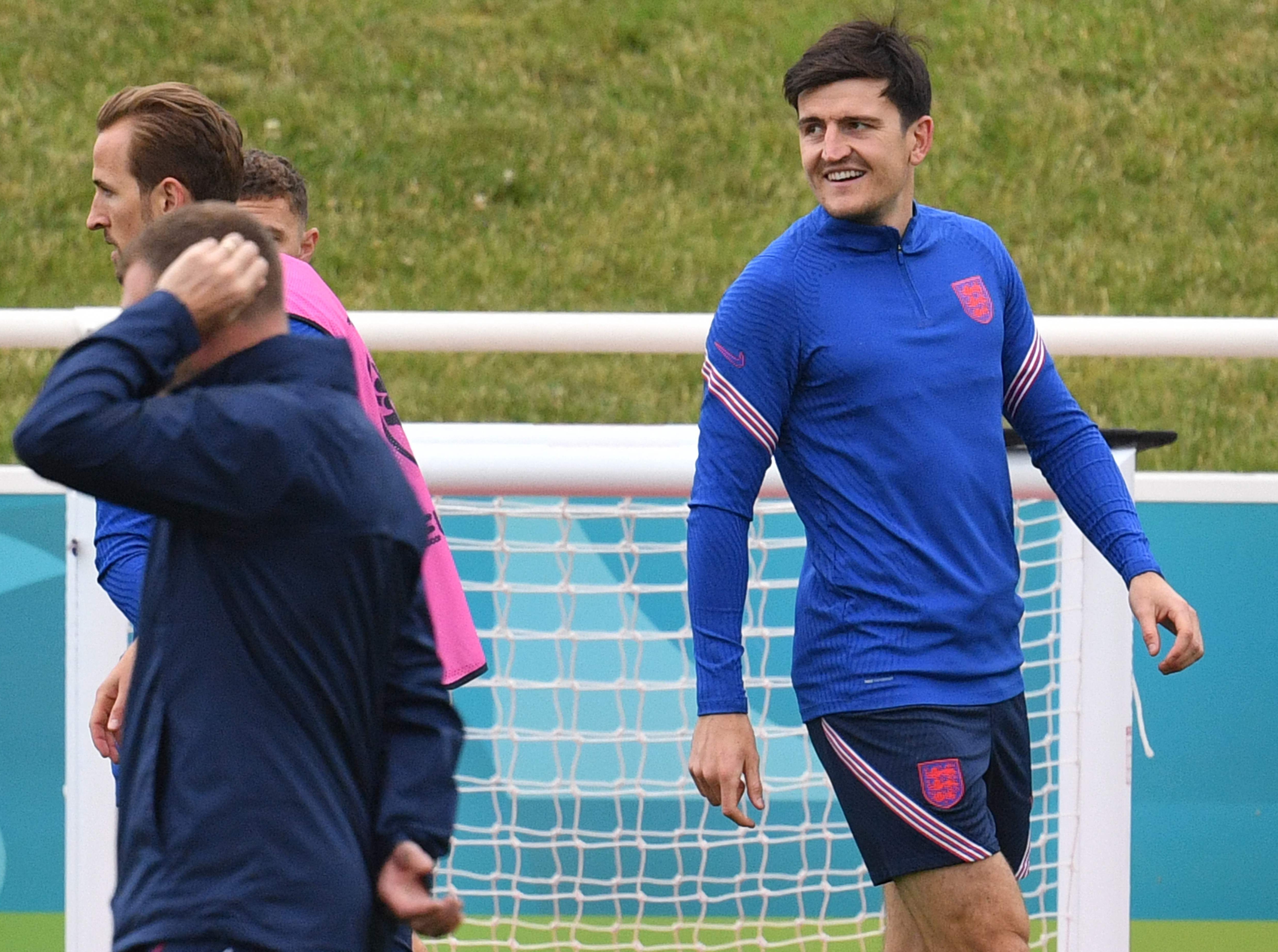 Southgate may consider resting Maguire due to his injury recovery and potential suspensionCredit: AFP

After Tyrone Mings started – and impressed – against Croatia and Scotland, Harry Maguire has since been given the nod against Czech Republic and Germany.

Maguire missed 44 days – and a handful of key matches – through injury, but has looked impressive since his comeback.

There are TWO reasons Southgate may decide to recall Mings for Ukraine.

First of all, Maguire may need a day off after playing back-to-back games so soon after recovering from injury.

But also, Maguire is another England star currently on a booking, with another yellow card ruling him out of the semi-finals, should England progress.

So what do you think? 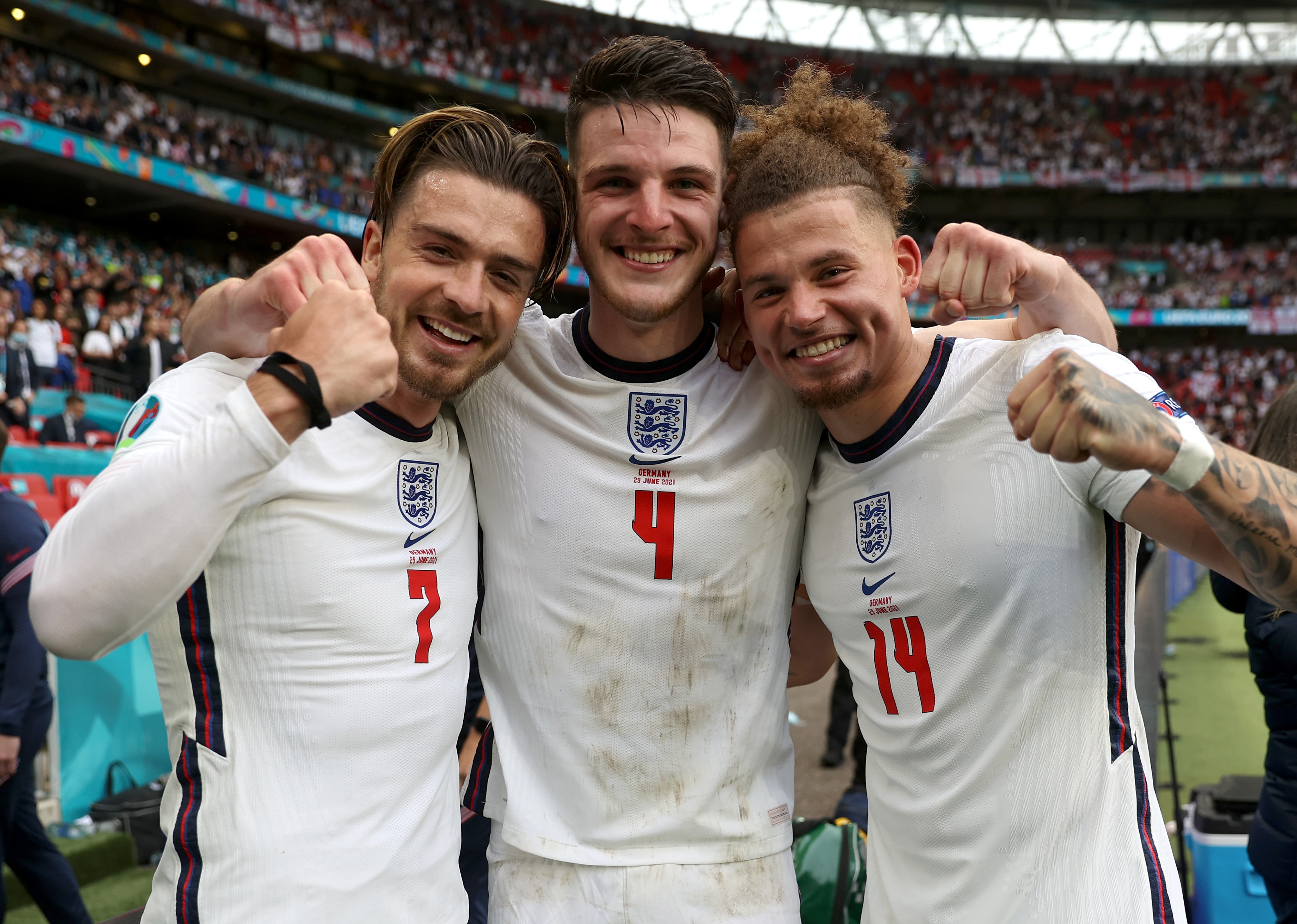 Southgate will have to decide whether or not to risk playing Rice and Phillips vs UkraineCredit: Getty

Rice and Phillips have been ever-presents for Southgate this summer – and they’ve been superb.

The deep-midfield pairing have played with a mix of passion and common sense, defensive know-how and attacking nous when needed.

Phillips has played every minute of England’s games this tournament, while Rice is just 48 minutes short after a couple of in-game substitutions.

Henderson and Mount are set to come in to replace them with fresh legs, but also protect them from being suspension.

Both Phillips and Rice were booked against Germany with another yellow ruling them out of the semis, should England progress.

Would risk both of them, one of them or neither?