TOBIN HEATH bagged her first Champions League goal as Arsenal got their winning groove back in Europe by beating Hoffenheim 4-0.

The USA star’s half-time strike and a Vivianne Miedema tap-in were among the efforts that saw the WSL leaders nab their first group stage win.

Tobin Heath netted on the stroke of half-time for Arsenal as the picked up their first Champions League group stage winCredit: Getty 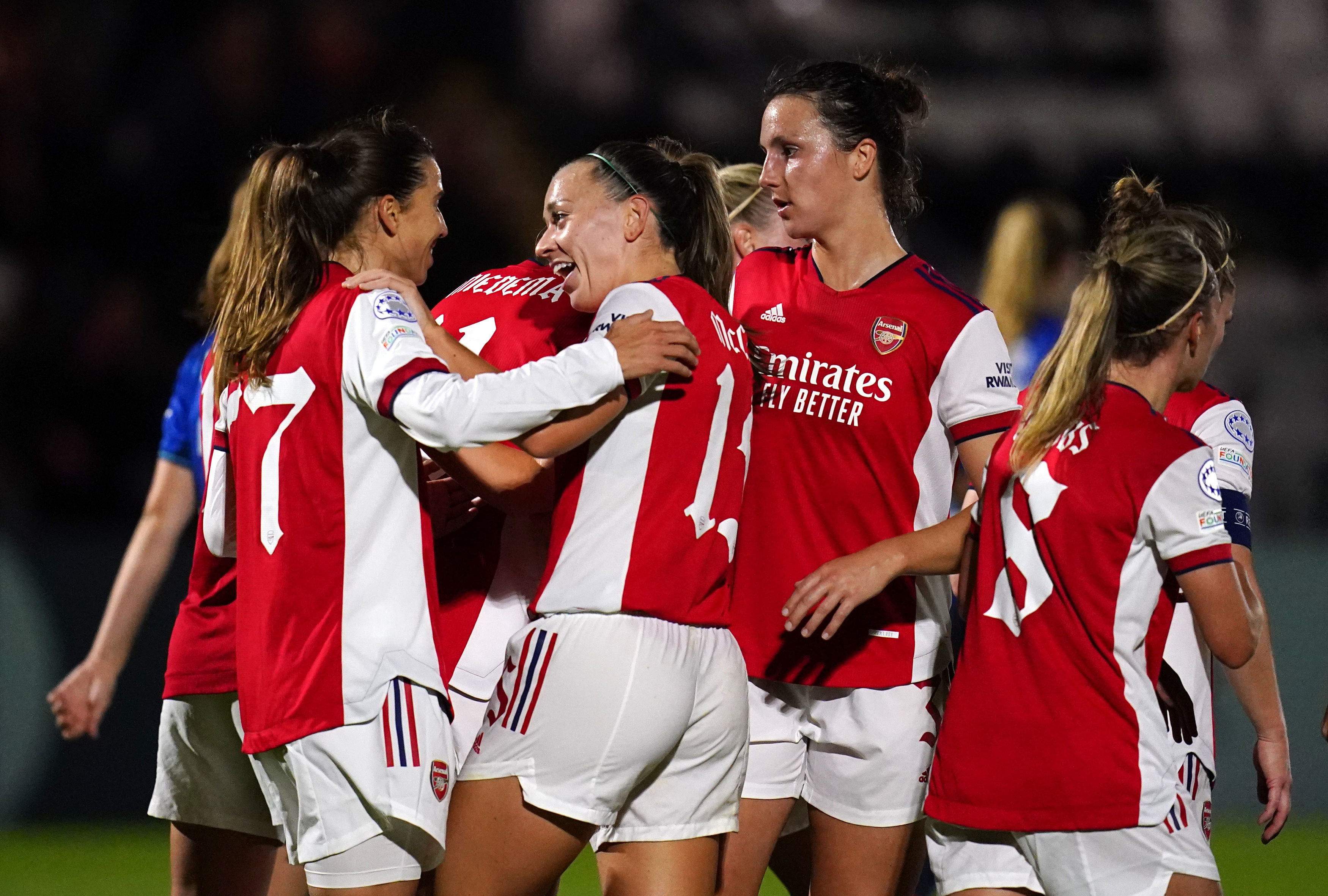 The Gunners will take on Brighton in the Women’s FA Cup semi-finals nextCredit: PA

The result was in complete contrast to the 4-1 drubbing Arsenal endured away at Barcelona with the team moving up to second spot in Group C.

After the match, Heath said: “Getting four goals today was a good response after the Barcelona game.

“We showed a lot of character, we came out with a singular focus.

“To be able to help with that to get a goal – especially the second goal – I feel like it’s an important goal to get a little bit of space, especially with the way Hoffenheim were playing.

“They played so direct and aggressive, so I think it was an important goal.

“I thought it was a good team goal too. It was a great cross and Viv (Miedema) put it into my path to be able to score. It was quality all around.”

The Gunners began patiently with Hoffenheim getting off to a fast start with Nicole Billa sending her third-minute shot narrowly over the crossbar.

And moments later Tine De Caigny looked to capitalise on a ball lofted in behind the hosts’ defence before being flagged offside.

Arsenal began to take control and got off the mark in the 20th minute with Kim Little netting from the spot after Michaela Specht fouled Beth Mead in the penalty area.

The Gunners would double their lead on the stroke of half-time with Heath slotting home in the box after Miedema nodded a ball from a Katie McCabe cross into her path.

And the Netherlands goal machine got on the scoresheet tapping in Arsenal’s third after Jordan Nobbs’ thunderstrike stung the palms of keeper Martina TufeKovic.

The visitors had a couple of good chances to score in the game’s closing stages. 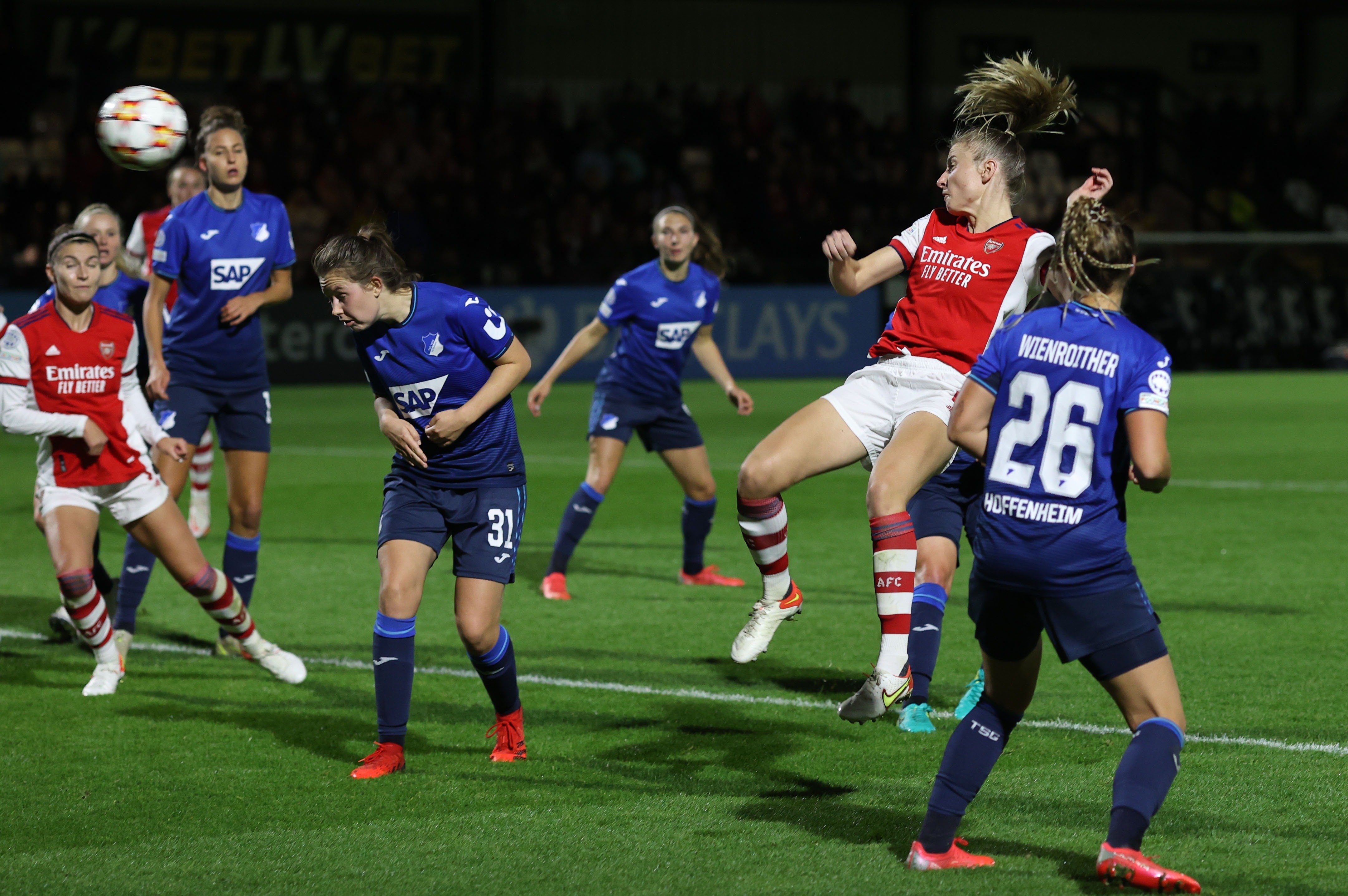 The result comes on a day the Gunners gaffer and Beth Mead won the WSL Manager and Player of the Month awards for September.

Tobin Heath shows off her footwork in training