HARRY MAGUIRE will be stuck on the sidelines once again when today’s Manchester derby kicks off.

And judging from the stick he’s had this week, that’s where most people would like him to be when England begin their World Cup adventure next month.

Despite his recent struggles, Harry Maguire should be starting for England at the World CupCredit: PA 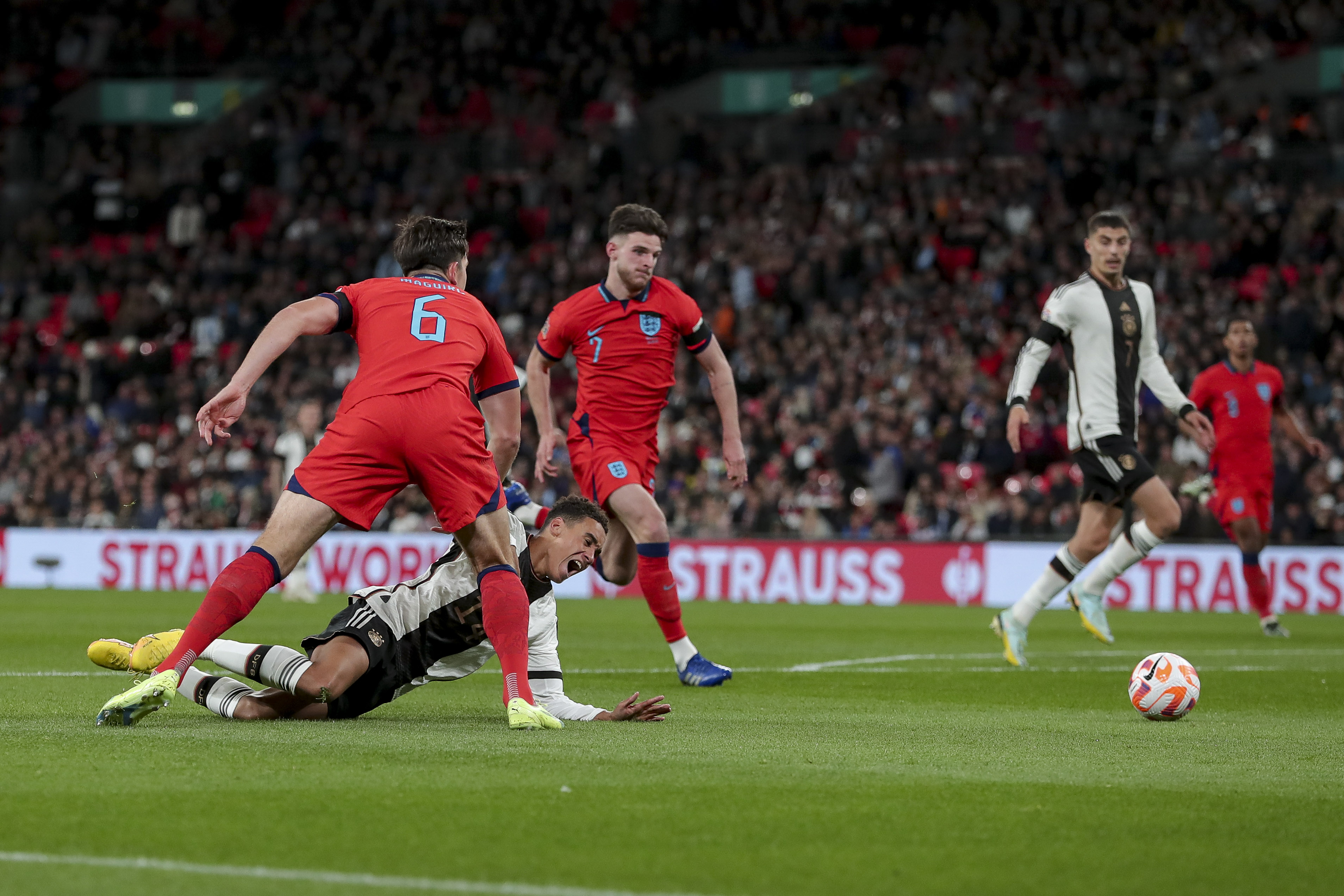 Maguire had a shocker against Germany but Gareth Southgate continues to back himCredit: Getty

Well, it might not be the popular view right now but here’s a thing… if I was picking the side to face Iran on November 21, Harry would be in it, for sure.

You don’t need me to say he’s had a rough time of things lately. Maguire’s such a straight guy, he’d tell you that himself.

Yes, he’s made a few ricks although getting as much grief as he is doesn’t make it any easier.

But Harry is a really decent lad and the one thing he won’t do is shy away from it all. He’s also a strong enough character — and good enough player — to come through it. 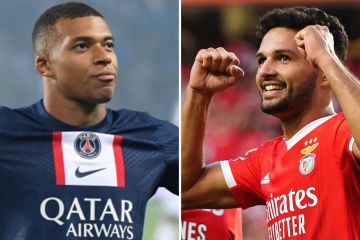 In the big games — and they don’t come any bigger than the World Cup — you need a big presence, and he’s certainly that. On the pitch and in the dressing room.

Fair enough, he wasn’t great against Germany but he never let England down in Russia and if he gets the chance, I’m sure he won’t in Qatar either.

I’d have him in the middle of a back three with John Stones and Kyle Walker or Eric Dier either side. They are quick enough to deal with the full-back positions.

Harry isn’t the best mover, shall we say. Put it this way, if he was walking around the paddock, you wouldn’t be rushing to spend millions on him!

I remember the first time I saw him, when he was at Sheffield United and thinking, ‘This kid could get exposed today’.

But he was magnificent, headed everything, won every tackle and was man of the match.

He will never be the quickest but he’s what I call a “proper” defender, like Steve Bruce. Throws himself into challenges, never hides, blocks everything, body on the line every time.

You need guys like that, just as much as you need the silkier footballers. 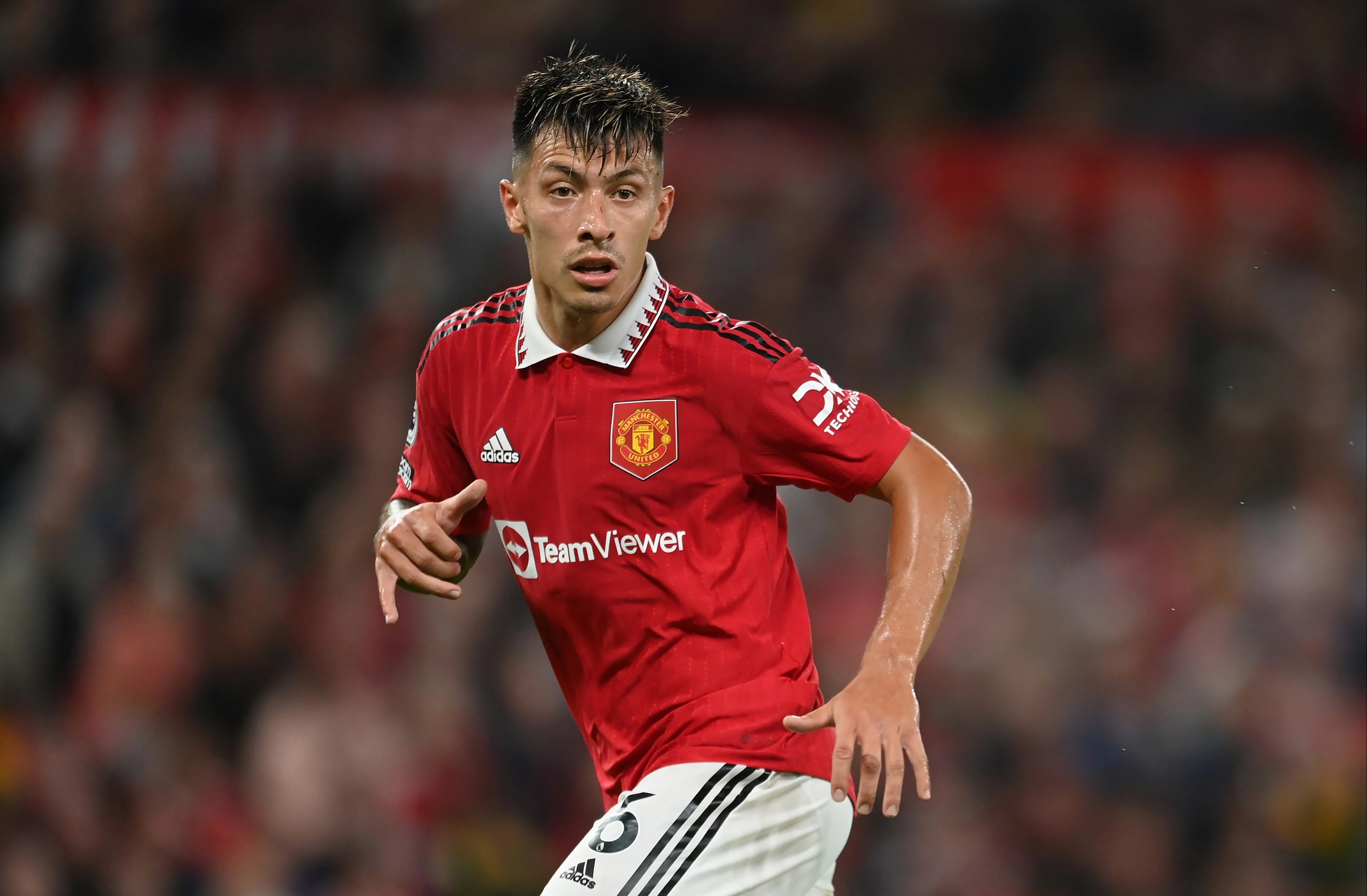 Lisandro Martinez could struggle against Erling Haaland due to the immense height differenceCredit: Getty 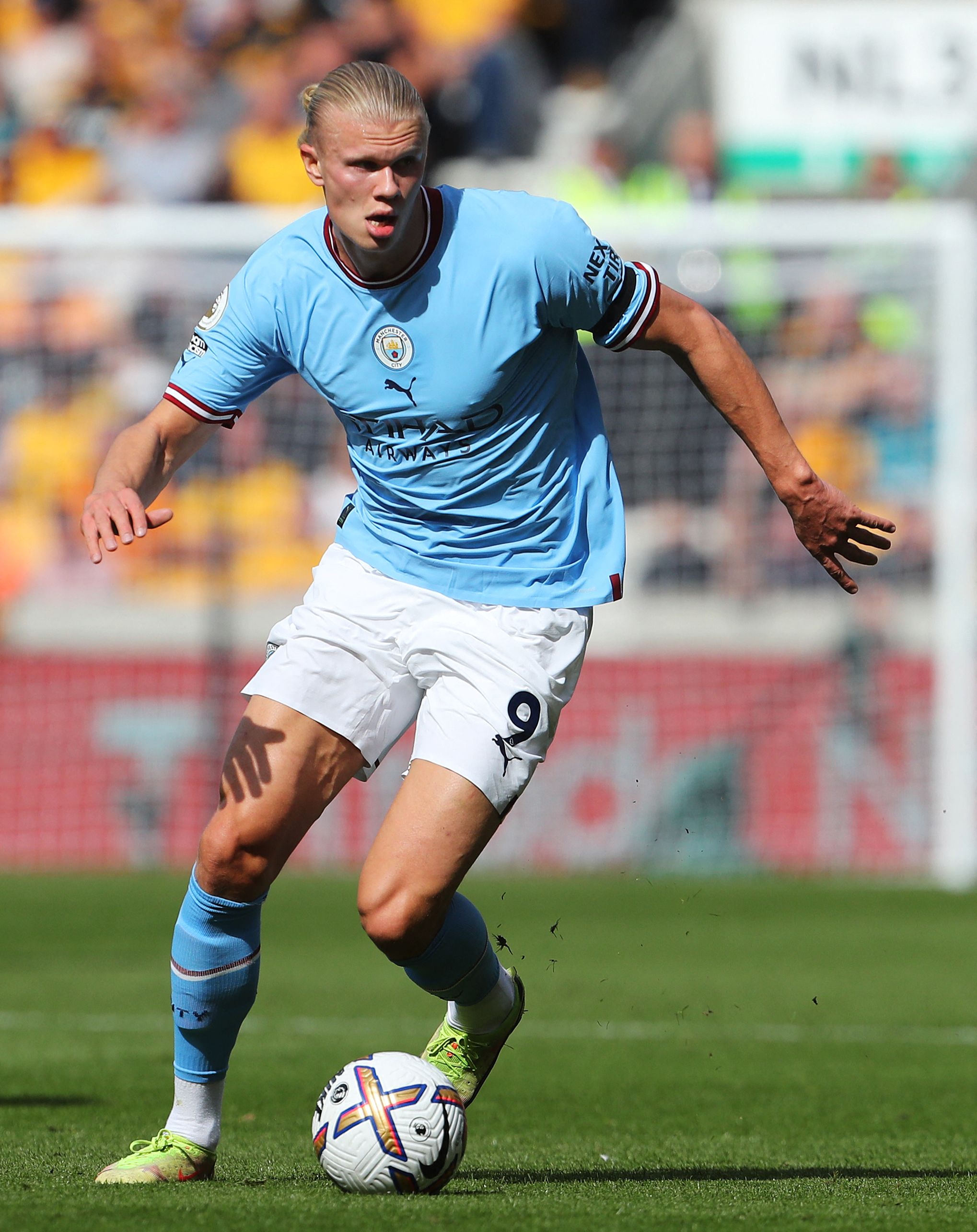 Haaland has set the Premier League alight since joining in the summerCredit: AFP

And in my book they don’t come more solid than Harry.

Erling Haaland would certainly find it harder to out-muscle Maguire than Lisandro Martinez at the Etihad this afternoon.

Martinez is clearly a good defender, a real competitor and growing into the job at United.

But he is 5ft 9in — giving away over six inches to the Norwegian — and Pep Guardiola will be telling Haaland to pull on him. If he does, it’s no contest.

Having said that, it’s been no contest in every game he’s played this season, because no one has come close to stopping Haaland yet.

I know Haaland’s scored goals wherever he’s been, but even by his standards, 14 goals in ten games — including two hat-tricks — is some start.

He wasn’t great against Germany but he never let England down in Russia and if he gets the chance, I’m sure he won’t in Qatar either.

Never mind finishing as the Premier League’s top scorer, he could shatter the record of 34 goals in a season.

I remember Clive Allen getting 49 in all competitions back in the 1980s but Haaland’s so good that it really wouldn’t surprise me if he ended up with half a century.

Then again, when you’ve got so many top players making killer passes and creating such good chances, a finisher as good as him is always going to end up with a hatful.

The kid has an arrogance and confidence about him — he’s certainly not shy — but then again, there’s a very good reason for that.

Haaland is an absolute monster of a player. Pace, power, height… he’s the Full Monty, all right.

I just can’t see how United can stop him. And even if they manage it, this City side is so good that there are nine others who could cause just as much damage.

The way they’ve started the season, they’ll win the title at a canter — and I expect them to do exactly that at the Etihad today.

United have picked up and had a couple of decent results but they’re still a long way short and there’s only one outcome for me. And a comfortable one at that.