TERRY BUTCHER is loving the idea that kids will now be itching to become defenders.

After England conceded just two goals at the Euros, the Three Lions legend reckons the days of children lining up to play striker could be over. 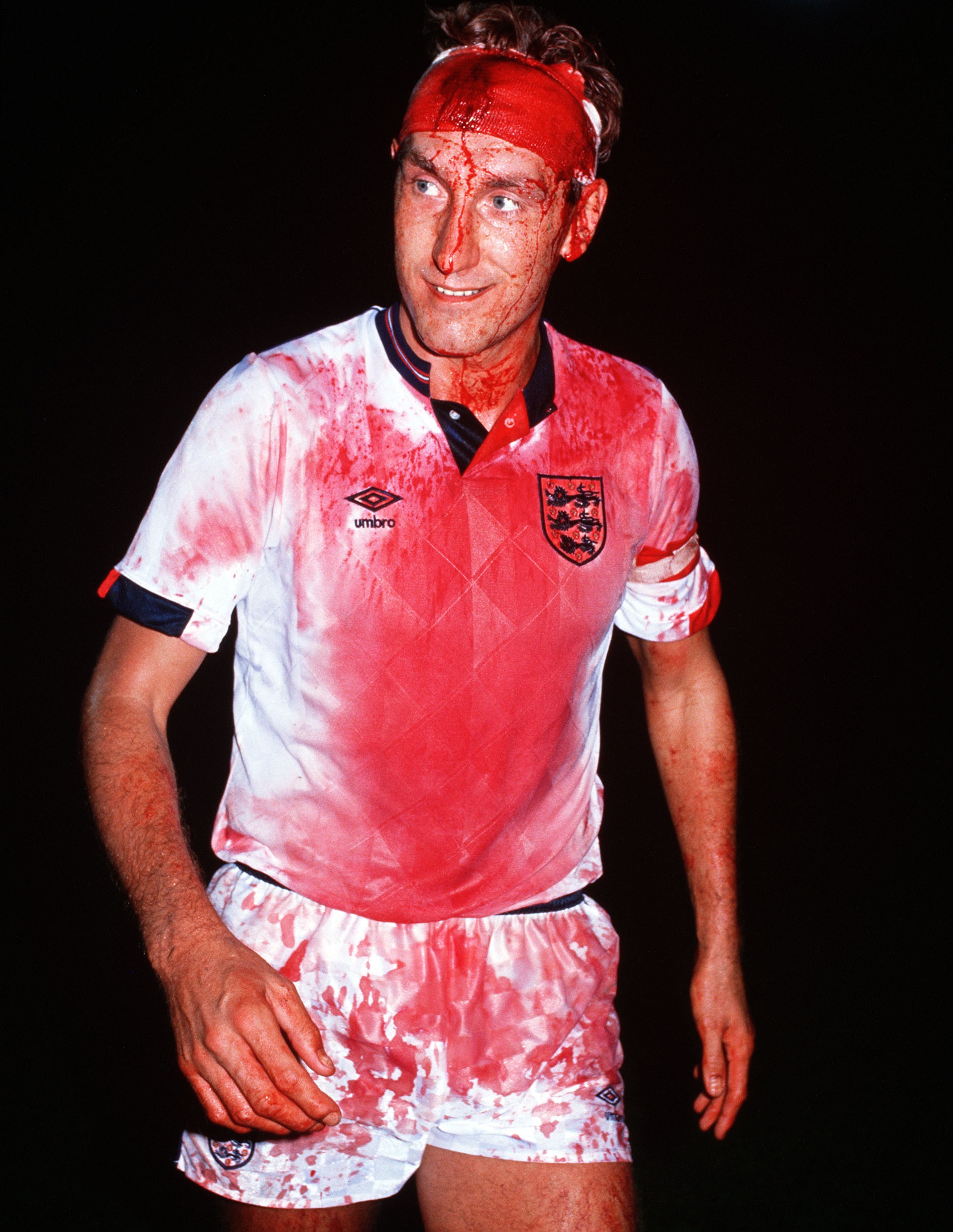 Iconic former England star Butcher knows a thing or two about putting his body on the lineCredit: Getty – Contributor

Instead, Harry Maguire, Luke Shaw and the rest of the 2021 crop have put defending  back in vogue.

Former centre-back Butcher said: “I was talking to someone and they were saying youngsters will now want to be a Maguire, a Shaw, a John Stones, a Kyle Walker or a Kieran Trippier.

“I just think, ‘Wow’, that’s really positive compared to everyone wanting to be a striker — a Harry Kane.

“We’ve moved on a long way from  when nobody wanted to be a defender.

“As a kid, others were already strikers so you had to go and play  centre-back.

“People didn’t want to do that, but not now — it’s  all changed and that gives me a lot of pride.”

Butcher, 62, won 77 caps and gained a legion of fans after that iconic image of  him bloodied and bandaged in his England shirt, having heroically played on following a nasty clash of heads against Sweden in 1989.

And the legend lives on as a laughing Butcher recalled:  “I got sent a picture during the Euros of someone in a bar watching the game with his shirt all covered in ketchup . . . there’s always one!”

Gareth Southgate’s Three Lions may have agonisingly fallen at the final hurdle against Italy — but there are new heroes now.

Few expected them to shine  at the back, the one area fans were worried about heading into the tournament.

Butcher admitted: “Everyone was  saying the defence was going to be our Achilles heel.

“I thought it was going  to be the Kevin Keegan approach, like the lyrics in Vindaloo, ‘We’re going to score one more than you’.

“But you’ve got to have a solid base and we  had that. And we built a lot of our play from the back. You  have to be a ball player, which every defender we have is.

“They are not just going to kick it away and smash the ball out of play.

“We saw some lovely long balls, some lovely threaded balls through to  midfield and switches of play —  everything you’d want from  a Manchester City, Liverpool or Italy defence.

“We’re doing what other teams are doing, which we weren’t doing 15 or 20 years ago when we were doing what we thought was our own thing — but nobody else was doing it.”

Butcher  believes full-back Shaw’s  classy second-minute opener in the final “knocked us off our stride”.

At the first game  of the 1982 World Cup, ex-Ipswich star Butcher assisted Bryan Robson even earlier against France.

Butcher said: “It was my first touch at a tournament, flicking on to Robson after 27 seconds. You could see  our players thinking, ‘What do we do now?’

“When we scored against Italy it was like, ‘Bloody hell, we’ve scored, what do we do now?’

“You’ve got 88 minutes or so left and  it knocked us off our stride — it can be hard  mentally.

“It was a huge miss­ed opportunity but there has been a lot of progress and we’ve gone up a level.

“We’re up with the elite now and we’re serious contenders to go and win the World Cup, which is something we’ve been a long way from.

“Look at the squad,  the improvement and the players coming through — it’s exciting.”

Terry Butcher is backing a campaign by Well Pharmacy to support people suffering from anxiety as the country emerges from the pandemic.

Well is launching Comfort Zones from July 19 in all their 760 community pharmacies.

The areas will be made available for anyone feeling overwhelmed by the return of social contact.

For more information, go to www.well.co.uk/pharmacy-services/safe-spaces.