AS Harry Kane watched Manchester City pick up another trophy you could not help but wonder what was going through his mind.

This was the latest attempt for Tottenham to show their highly sought-after star striker he does not have to leave his beloved club to win medals and titles. 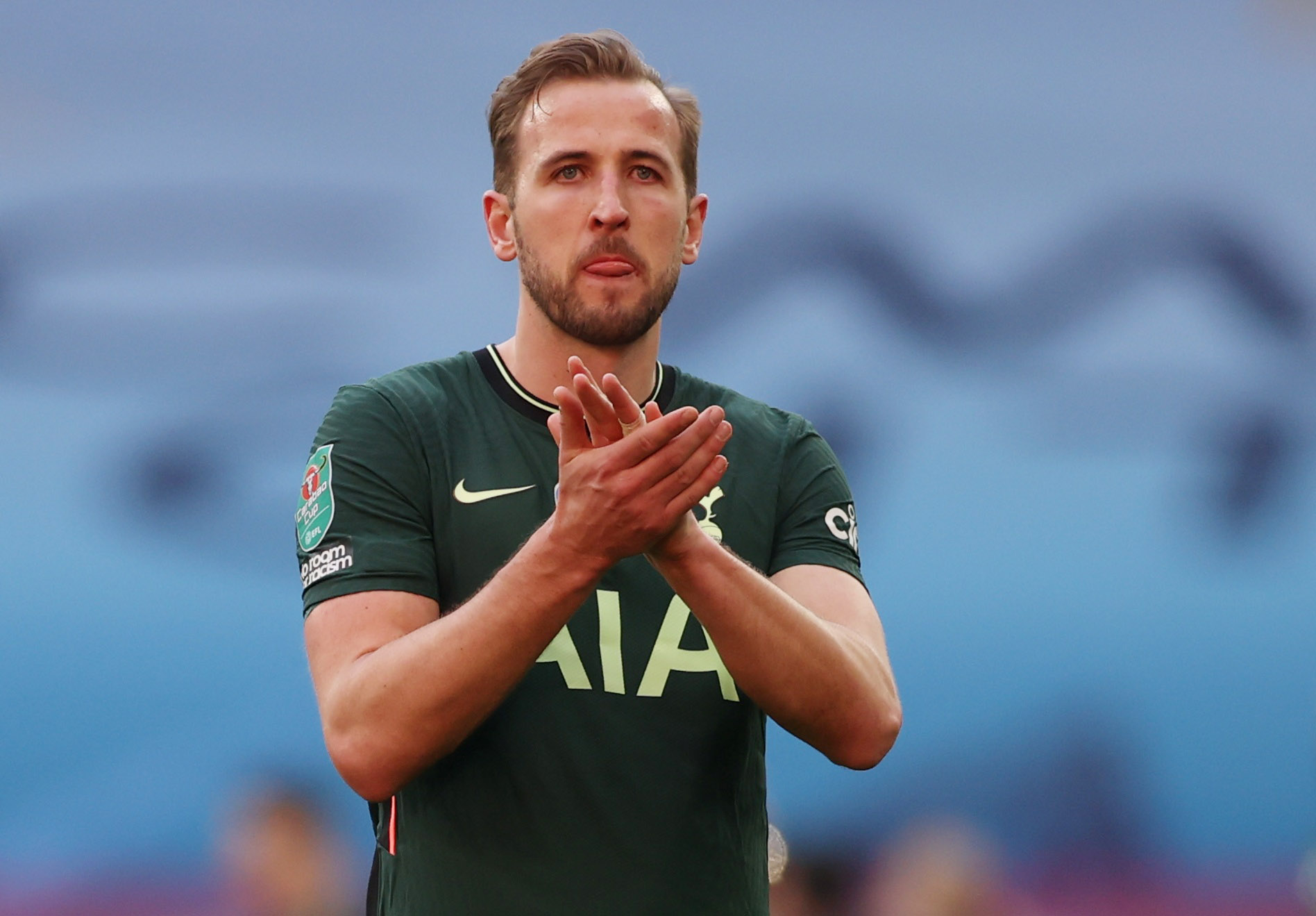 But it did not quite work out like that as Spurs looked as far off the pace as ever.

And as Kane was reduced to going to ground in a bid to win free kicks and get his team-mates further forward, you fear his chances of his long-term future remaining in N17 were also taking a dive.

Chairman Daniel Levy should thank his lucky stars we are still in a global pandemic – and that a new manager is coming over the horizon.

Both are likely to mean Kane will still be at White Hart Lane next season. But after that?

Turning 28 in July, time is running out for him. There is no doubt he needs to be playing at a club at least competing in finals – which Tottenham did not do against City.

Jose Mourinho may have gone but his Spurs legacy was there for all to see.

Sacked as manager last Monday, the Special One would have undoubtedly tried to take the credit had Spurs won.

So it is only right that he shoulders some of the blame for their defeat, certainly the manner of it.

His interim replacement Ryan Mason, handed the reins until the end of the season, had vowed to get his team back to playing in the way of the best traditions of the club he had supported and played since he was a lad.

But we saw that might be easier said than done as Spurs hardly laid a glove on Manchester City in what was a very negative Mourinho-esque display.

Nobody was expecting the North Londoners to go all-out on the attack.

But their inability and, at times, sheer unwillingness to get men forward made it far too comfortable for Pep Guardiola’s men for far too long.

When the first thoughts of wonderful attacking delights like Son Heung-min, Lucas Moura and Kane is too retreat and play backwards, as it was in the first half, you fear Mourinho’s defensive indoctrination of Tottenham might not be so easy to erase.

Spurs were lucky City were so wasteful in front of goal. And while Mourinho would have been proud of the way his old club defended, you wonder if he could have inspired these same players to such a dogged, determined and resilient display.

The unity and team spirit reckoned to have been ripped apart during the final weeks of the Portuguese’s reign were there in abundance under the Arch. 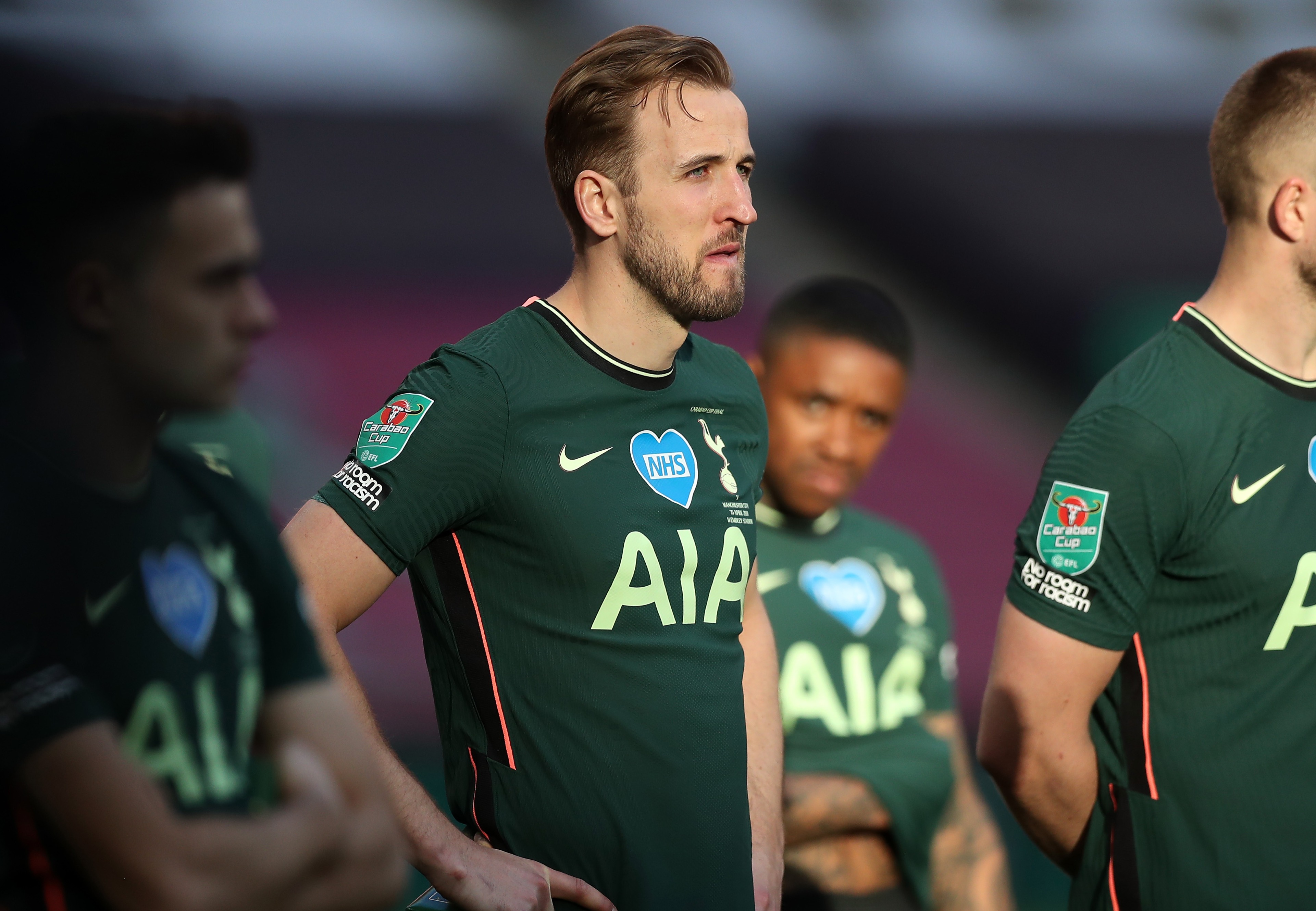 Spurs failed to prove to Harry Kane that they can win trophiesCredit: Getty

Spurs stars were certainly playing for their rookie gaffer, albeit negatively, as Toby Alderweireld’s incredible last-ditch block to deny Phil Foden a first half goal epitomised.

It is a shame they did not show the bravery on the pitch as he did in his team selection.

Mason, at 29 the Premier League’s youngest ever manager, proved he is not afraid of making big calls as he dropped Gareth Bale and Tanguy Ndombele to the bench after Wednesday’s 2-1 win over Southampton.

Kane also started after missing that victory with an ankle injury as Mason followed the adage used by Mourinho and his predecessor Mauricio Pochettino that if the England captain is able to walk then he plays.

In fairness it was impossible to tell if Kane was 100 per cent fit or not as he was hardly given a touch.

City’s late winner would have been a dagger in his heart.

Tottenham fans everywhere will be hoping there is no serious long-term damage.