HARRY KANE got Tottenham out of jail with his hat-trick off the bench in last night’s Europa Conference League win over NS Mura.

Now he needs to prove to Spurs, after all the uncertainty he has caused this year by failing to force through a move to Manchester City, he really is still one of their own and more importantly, a true professional.

And he can only do that by putting on his best display of the season, ending his Premier League goal drought and firing them to victory against Aston Villa on Sunday.

Last season’s Golden Boot winner is yet to get off the mark in the top flight this term.

But his cracking cameo against Mura gave hope the old Harry is returning.

His 19-min hat-trick after coming off the bench against the Slovenians earned Spurs a 5-1 win.

It also took his goal tally, despite his sluggish start to the campaign, to six goals in nine matches in all competitions.

And his post-match comments were almost as encouraging his performance on the pitch.

Kane’s admission that his and Tottenham’s recent form has been way below par was true and good to hear.

It showed, despite his desire to leave the club in the window, he still cares and is trying to put things right.

When his lacklustre displays in the League this season have suggested otherwise.

It seemed the summer’s speculation – created by himself we should remember – was having a negative affect on his performances.

But after last night’s hat-trick, there now appears to be some light at the end of the tunnel and the Prem’s most prolific striker of the last five years is now ready to resume normal service, starting against Villa on Sunday.

That is good news for Tottenham and their beleaguered boss Nuno Espirito Santo, whose position remains under threat despite last night’s win. 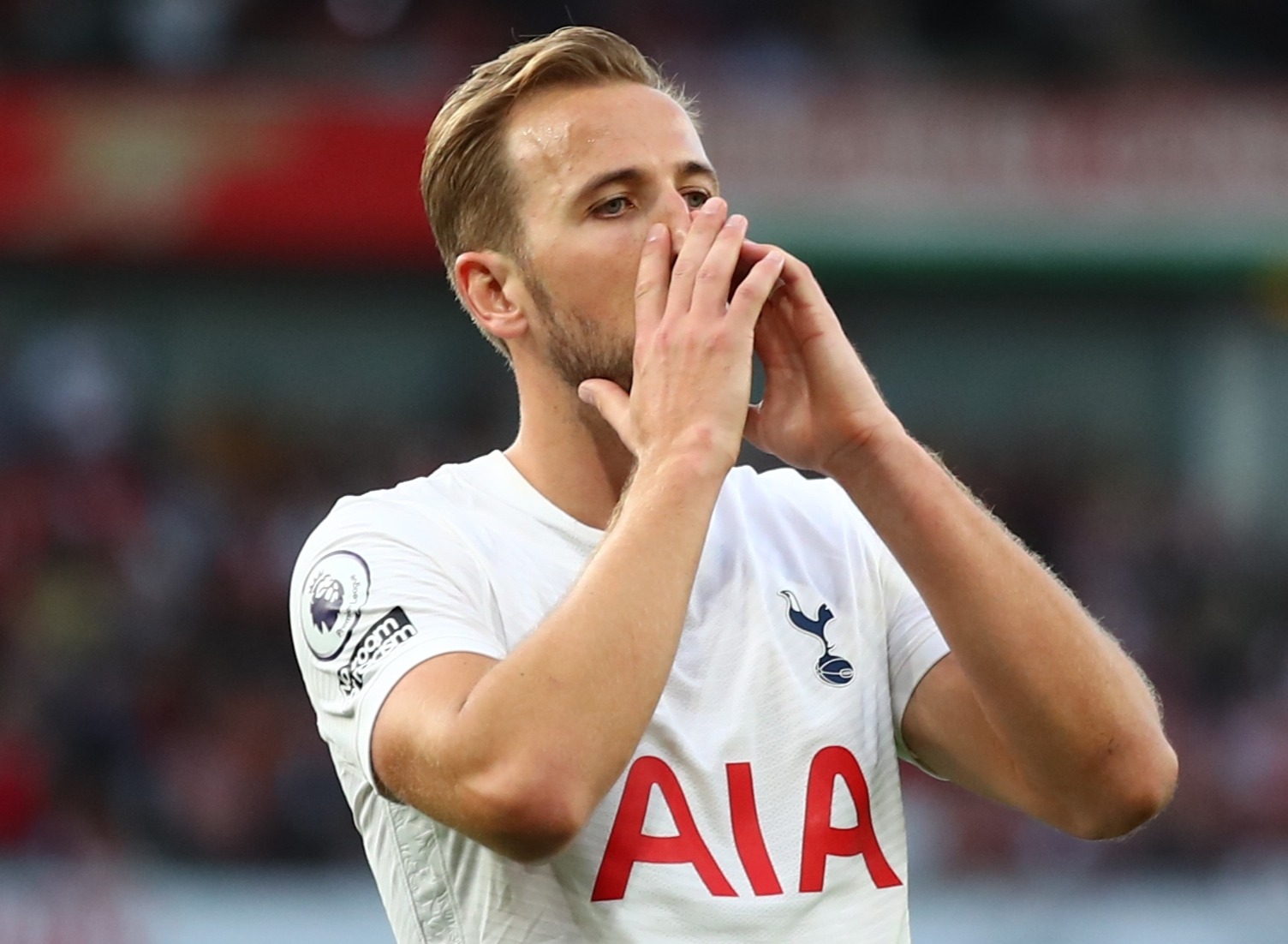 Kane is yet to score in the Premier League this seasonCredit: Getty

Nuno will be hoping Kane can take his European scoring form into the Prem – because last night showed once again Tottenham are toothless when he is not banging in the goals.

No wonder Spurs chairman Daniel Levy did not want to let his star man leave this summer.

And while Kane’s lack of League goals this term have been a concern, a bigger problem moving forward is they still have not found another striker to take the goalscoring burden off his shoulders.

Nuno was hoping to give the Three Lions skipper the night off last night, but in the end he could not afford to as he had to send for the cavalry after Mura pulled it back to 2-1 and threatened to cause Spurs another embarrassment.

And history should serve as a warning that if you continue to play Kane in every game sooner or later he will end up suffering an injury.

But right now they will be hoping he can inflict some pain on Villa and ease the hurt in N17.

And he showed last night he is in the mood to do just that.

Harry Kane admits he was surprised Tottenham needed him against Mura